Another day, another condo development announced—but this one promises to bring a unique architechtural relic from the early 20th century back to its former glory.

The sleek, 55-storey condo development will, in fact, have direct access to St. Patrick subway station from below, preventing residents from ever having to step outdoors if they also work in a building connected to the PATH. 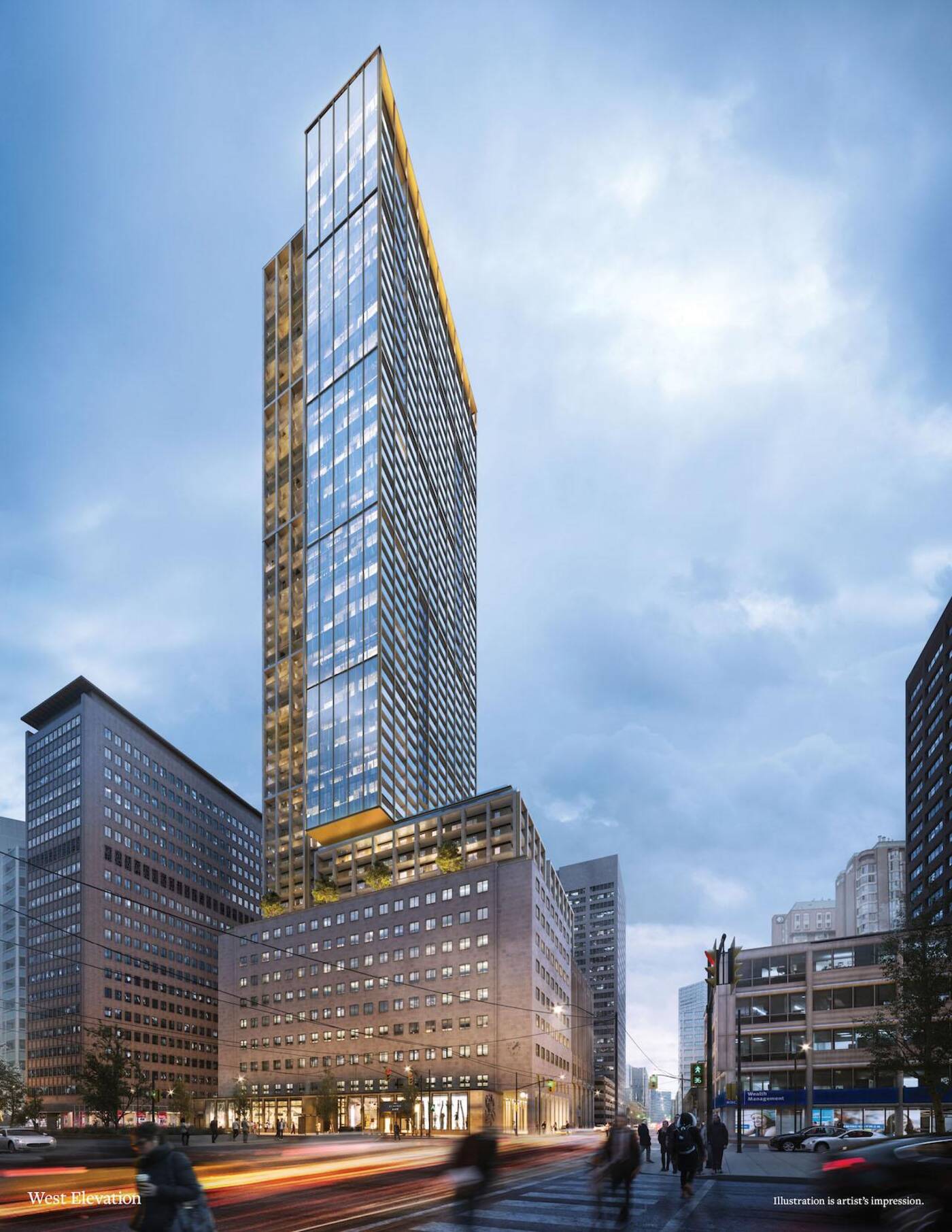 While rather plain to look at right now, the conjoined office buildings that currently stand at the northeast corner of University and Dundas have been deemed of cultural heritage value by the City of Toronto.

"From 1910 to the 1980s, 481 [University] was the location of Maclean Publishing and later Maclean-Hunter with several buildings added to become one of the most recognized structures on University Avenue," explained Davpart president David Hofstedter at a recent launch event for the building.

"The existing structure is an example of a commercial building from the interwar era and is the result of many bold design influences, from Beaux-Arts to Modern Classical," he continued. "While restoring the exterior, we will complete the interior to the highest standard of contemporary office and retail available today, so their current uses can continue." 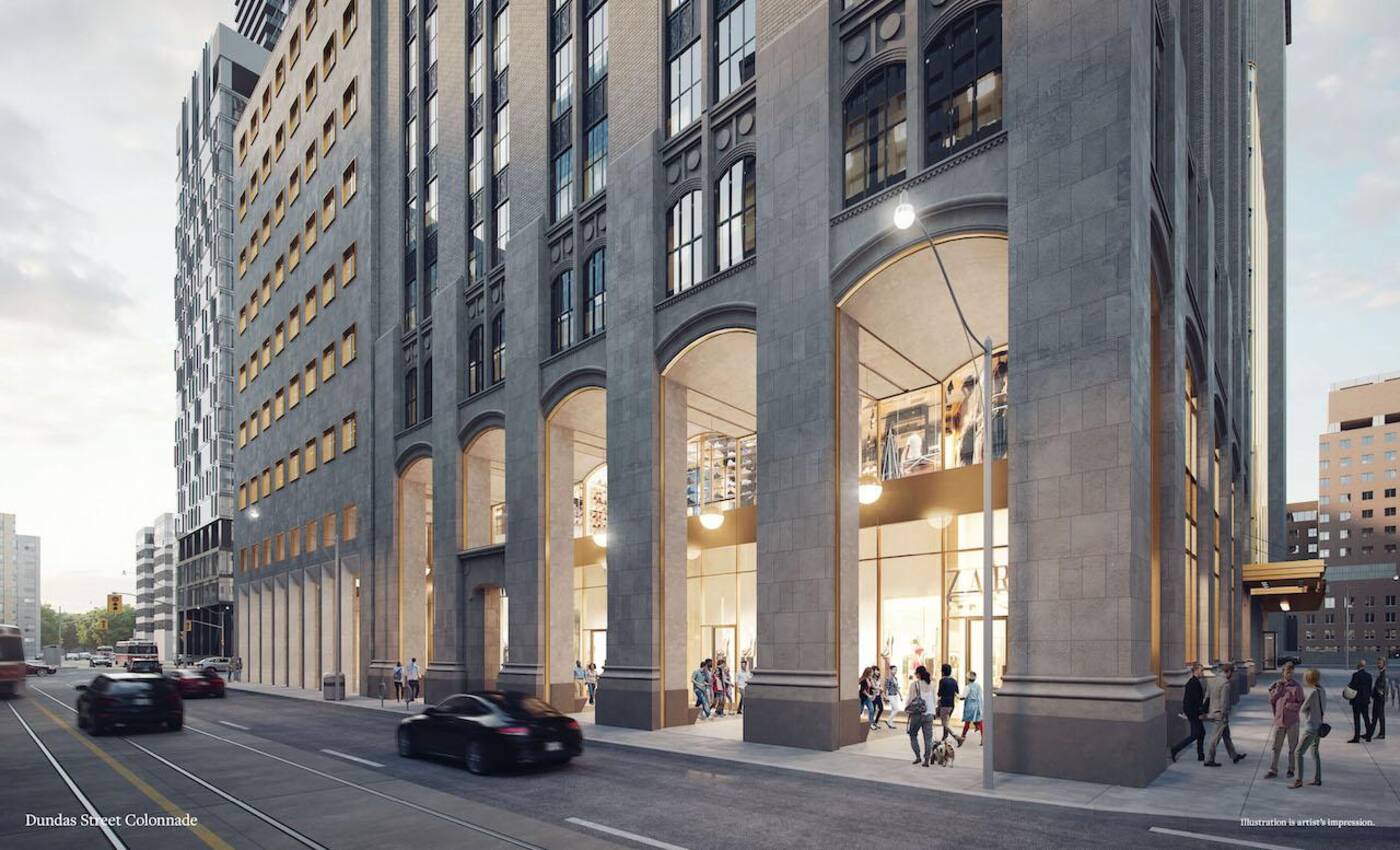 B+H Architects will incorporate the existing Maclean-Hunter Building and others around its base into the new condo complex, with help from heritage specialists ERA.

ERA plans to "restore the architectural features to their original glory" according to Urban Toronto, and also transform a series of connected arches at 210 Dundas into a "sheltered colonnade that widens the Dundas Street sidewalk."

A mixture of retail and commercial space (mostly commercial) will take up the restored complex's first to 10th floors when complete, while 759 new condo units will be built within a new addition above the existing stone building cluster. 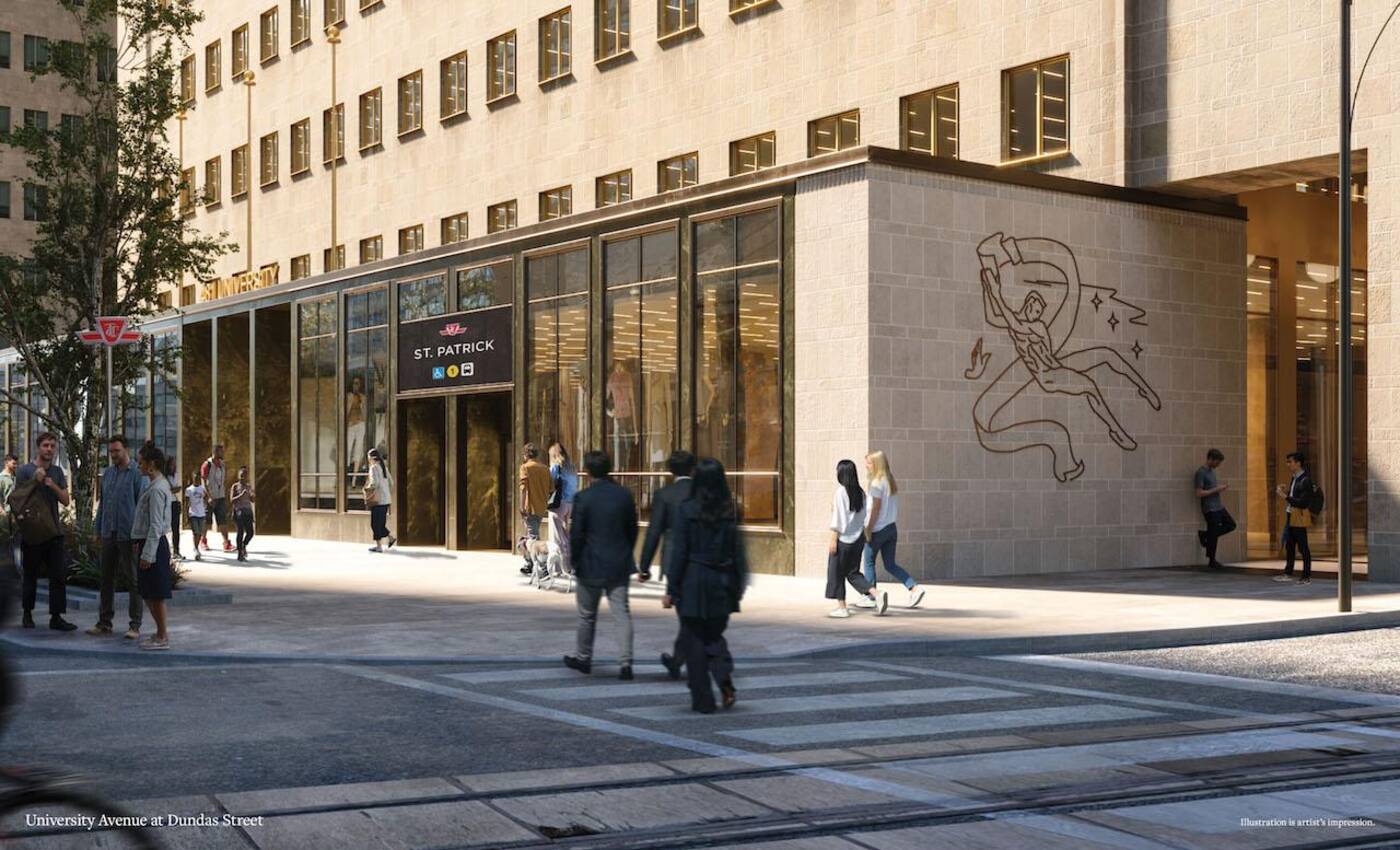 One-, two- and three-bedroom residences are said to be up for sale, some of them two storeys with their own media rooms. Residents will have a private indoor access point to St. Patrick Station.

Incised panels at the north and south ends of the pavilions flanking the west entrance by Canadian sculptor Elizabeth Wyn Wood will also be preserved.

A completion date for the development has yet to be announced but "VIP sales" just opened for prospective buyers.

Studio apartments with approximately 279-square-feet of living space start at just under $500,000, according to an agent's preview pricing list, with an average two-bedroom with 698 square feet currently showing a price of just over $1.1 million.