A development proposal calling for the replacement of a disused multiplex movie theatre and a nightclub in Vaughan would add some bold new landmarks to the city's burgeoning downtown, a change representative of the inner-905's shift from suburban to a transit-connected extension of the big city.

The plan is part of Menkes Developments and QuadReal's enormous vision for the southern Vaughan Metropolitan Centre, or VMC South area. Block 6 East of the community would occupy an entire city block extending north from Interchange Way, just east of Highway 400.

The site is currently home to a handful of buildings, including a large structure that was formerly home to one of the few locations of AMC Theatres until 2014. The building to the west continues to house nightclub Luxy, a bastion of 905 bro culture

Menkes intends to tear it all down to build a modern residential complex supporting almost 1,950 new homes along with retail and public spaces at ground level.

Designed by Turner Fleischer Architects and Giannone Petricone Associates, the development would add five towers with varied forms and exterior treatments to the fast-growing Vaughan skyline, with heights of 46, 40, 30, 14, and 15 storeys. 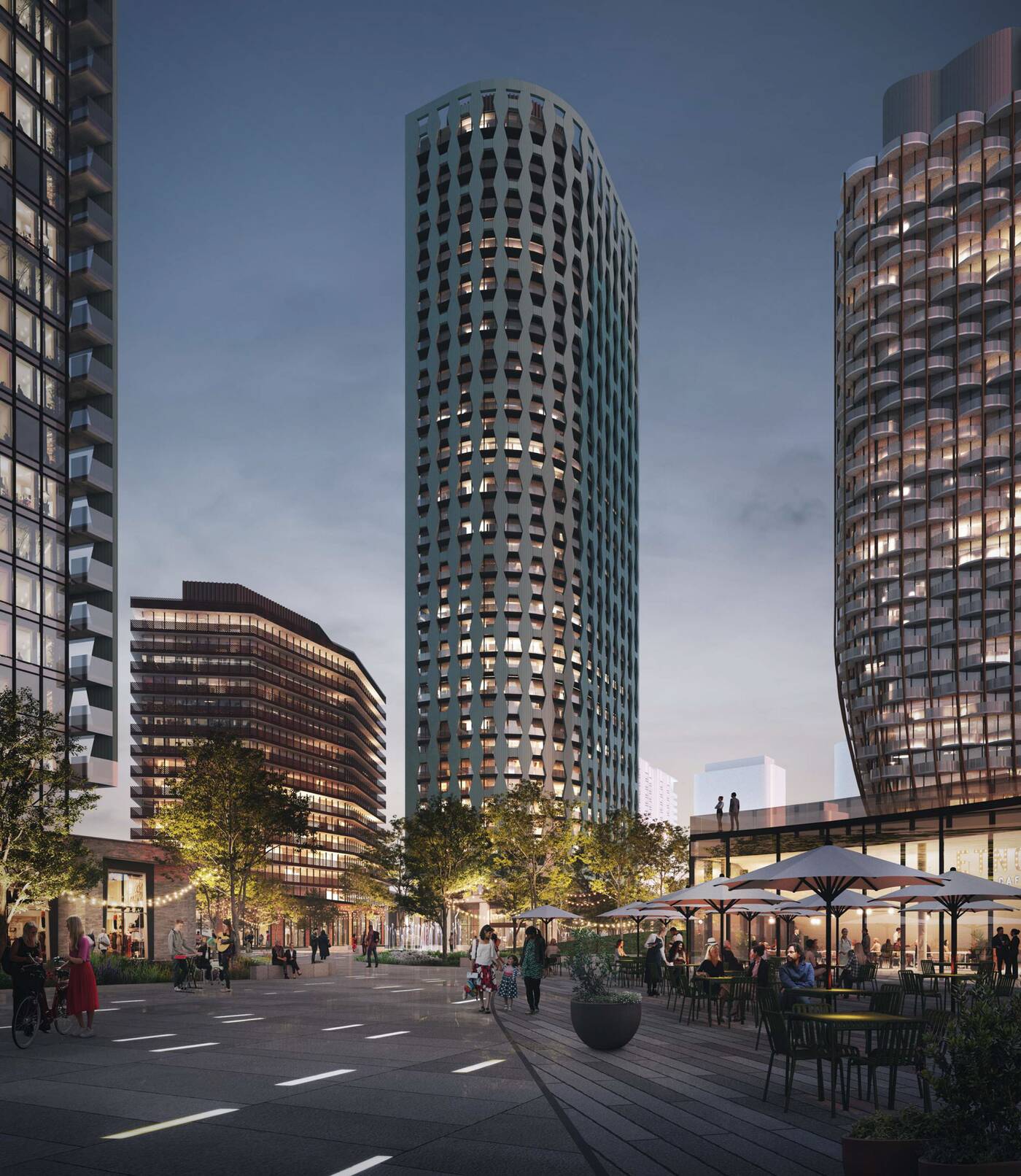 Over 4,000 square metres (almost 44,000 square feet) of the complex base would be devoted to retail space, while the towers above are proposed to contain a total of 1,945 residential units. 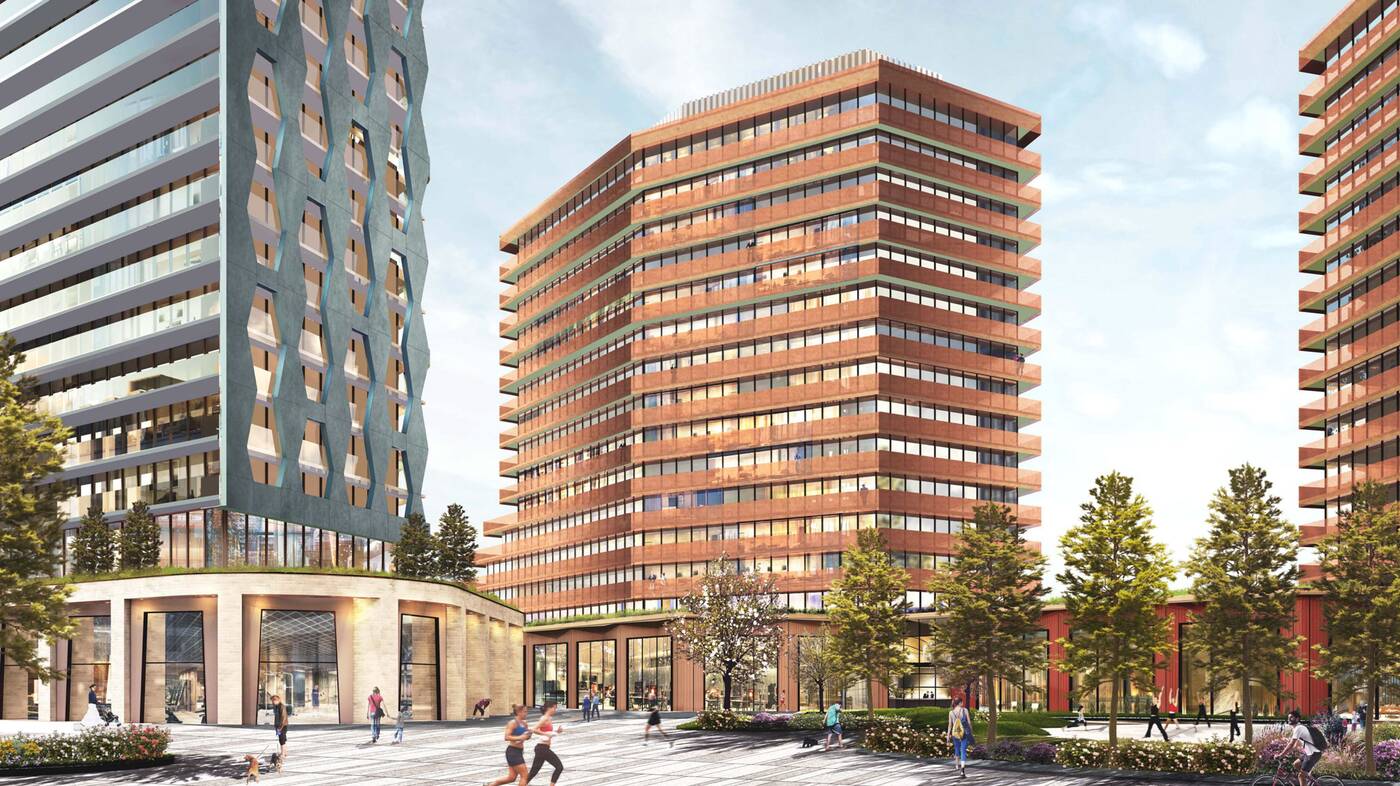 The buildings are positioned around a central plaza operating as a privately-owned public space measuring over 4,500 square metres. At its south end, the plaza branches off into a pair of pedestrian paths etched between the tower bases.

The plaza's north end aligns with a pedestrian mews being built into the development immediately to the north, part of the area's comprehensive public space master plan.

On its east side, the plaza connects with an over 5,500 square-metre park occupying the northeastern quadrant of the site to form a continuous public space with a generous size of around 10,000 square metres.

It can be a challenge for suburban master-planned communities on vast swathes of land to feel like a natural progression in a city's organic growth, but the range of design styles and ample public space shown in renderings could make for an interesting addition to both the local skyline and pedestrian-level experience.

In the interim, Menkes has been making good use of the space, which currently hosts a temporary park and festival space known as Assembly Park.