This breathtaking Toronto house looks like the architect was playing Jenga

Toronto houses can be kind of boring and traditional, bound by many restrictive zoning policies and neighbourhood associations. But every once in a while, one will stand out from the pack, like a house in the Forest Hill neighbourhood that breaks all of the rules without actually breaking any rules.

Known as Stack House, this three-storey home measures just over 4,000 square-feet on an almost 5,500-square-foot lot.

Designed by Atelier RZLBD, the same firm behind the award-winning Outside In House in Toronto, Stack House debuted in the neighbourhood in Spring 2022, making quite an impression with its bold style sandwiched between the traditional types of home that make up the surrounding blocks. 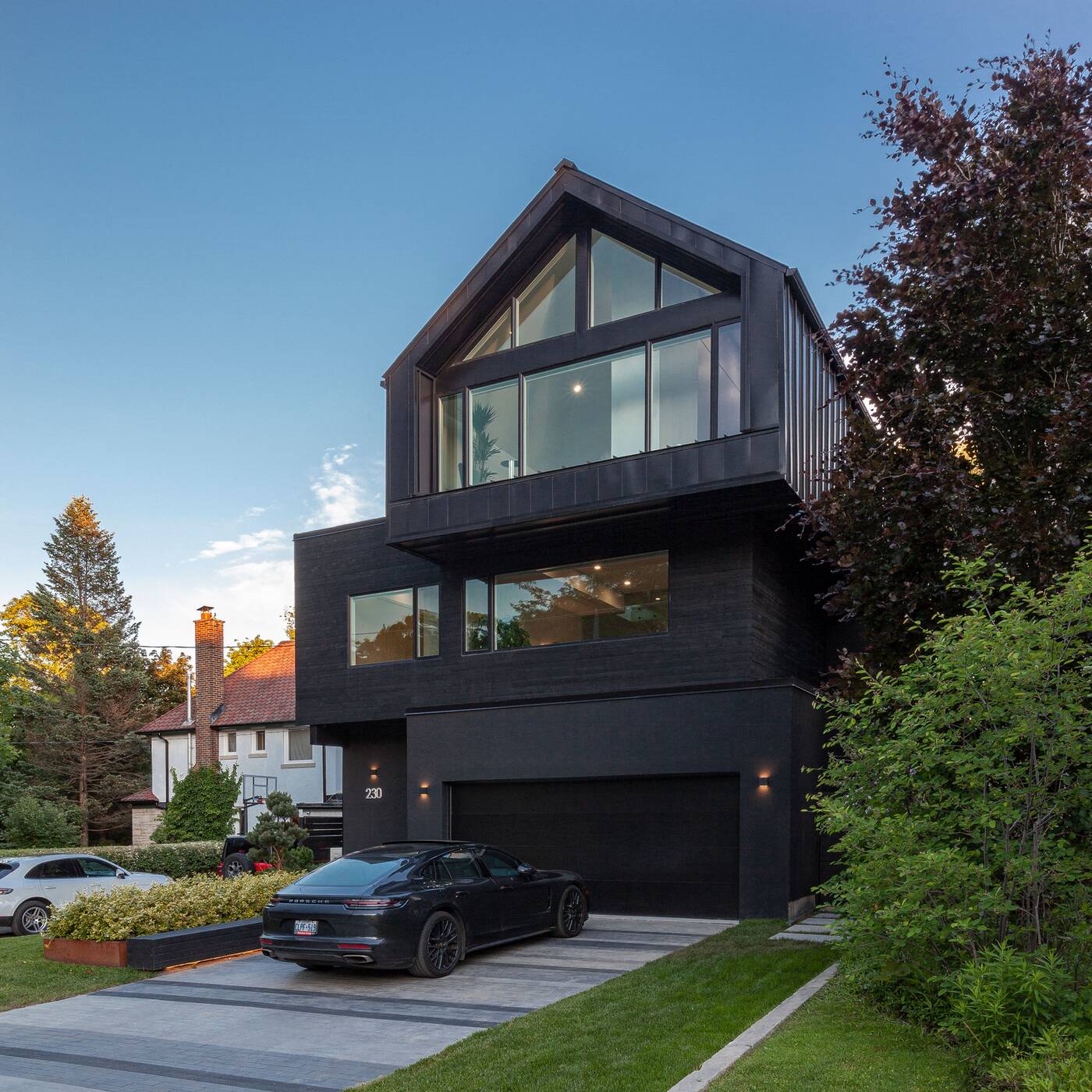 The architects artfully explain the thinking behind the project, saying that "while complying with all the regulations, the house rejects the homogenous conception of the majority of residential architecture in the city, suggesting an alternative typology."

As the name implies, the house is massed as a stack of offset blocks, each volume of the three-storey wood and steel structure housing a different function. 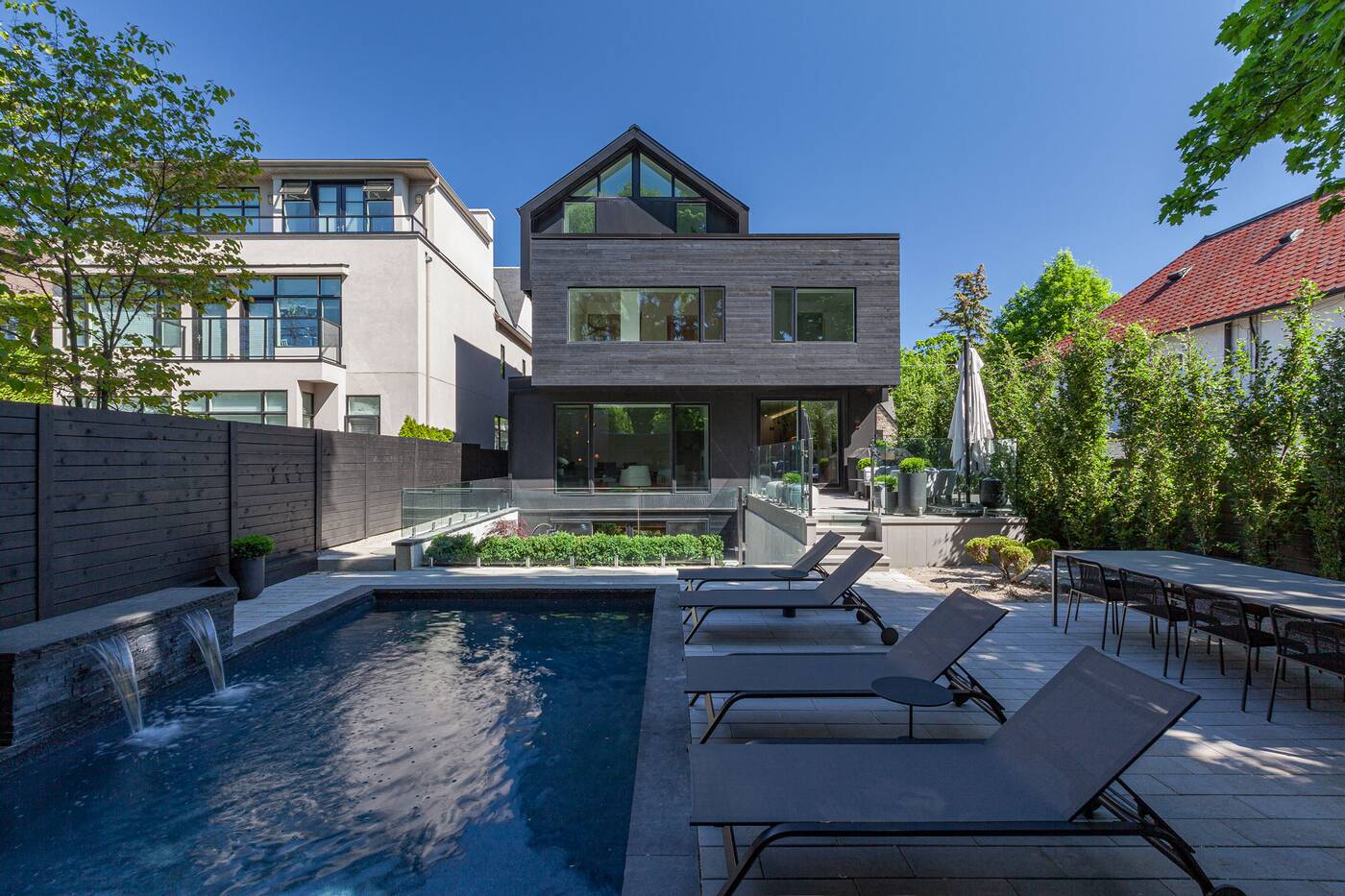 The house's lower block, finished in stucco, contains common areas within, including a stunning yet minimal kitchen with a marble island. 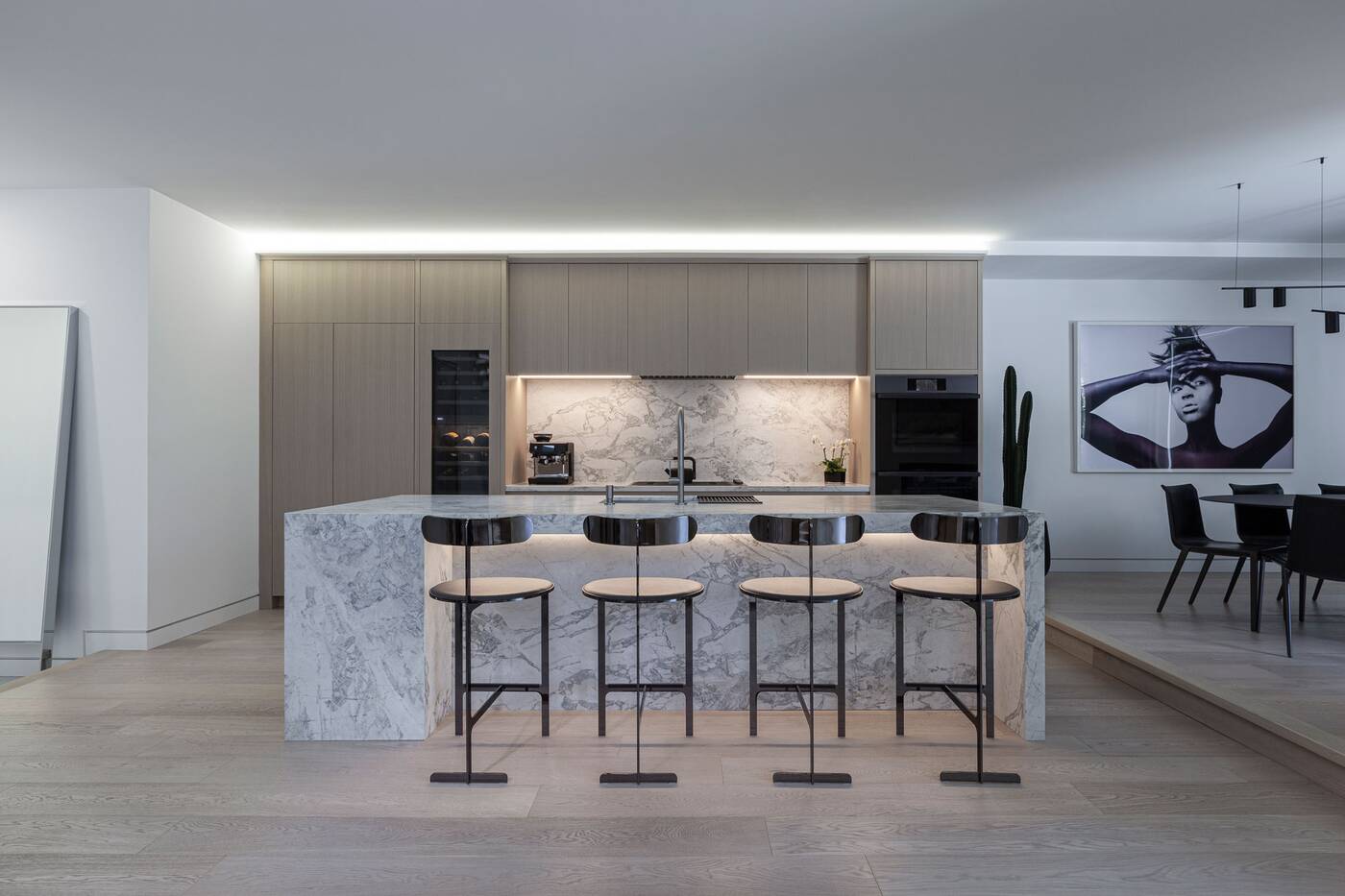 The central block, finished in a dark charred wood exterior and boasting a dramatic cantilever, houses transitional spaces like a multi-purpose room extending from the ground floor up to a mezzanine level. 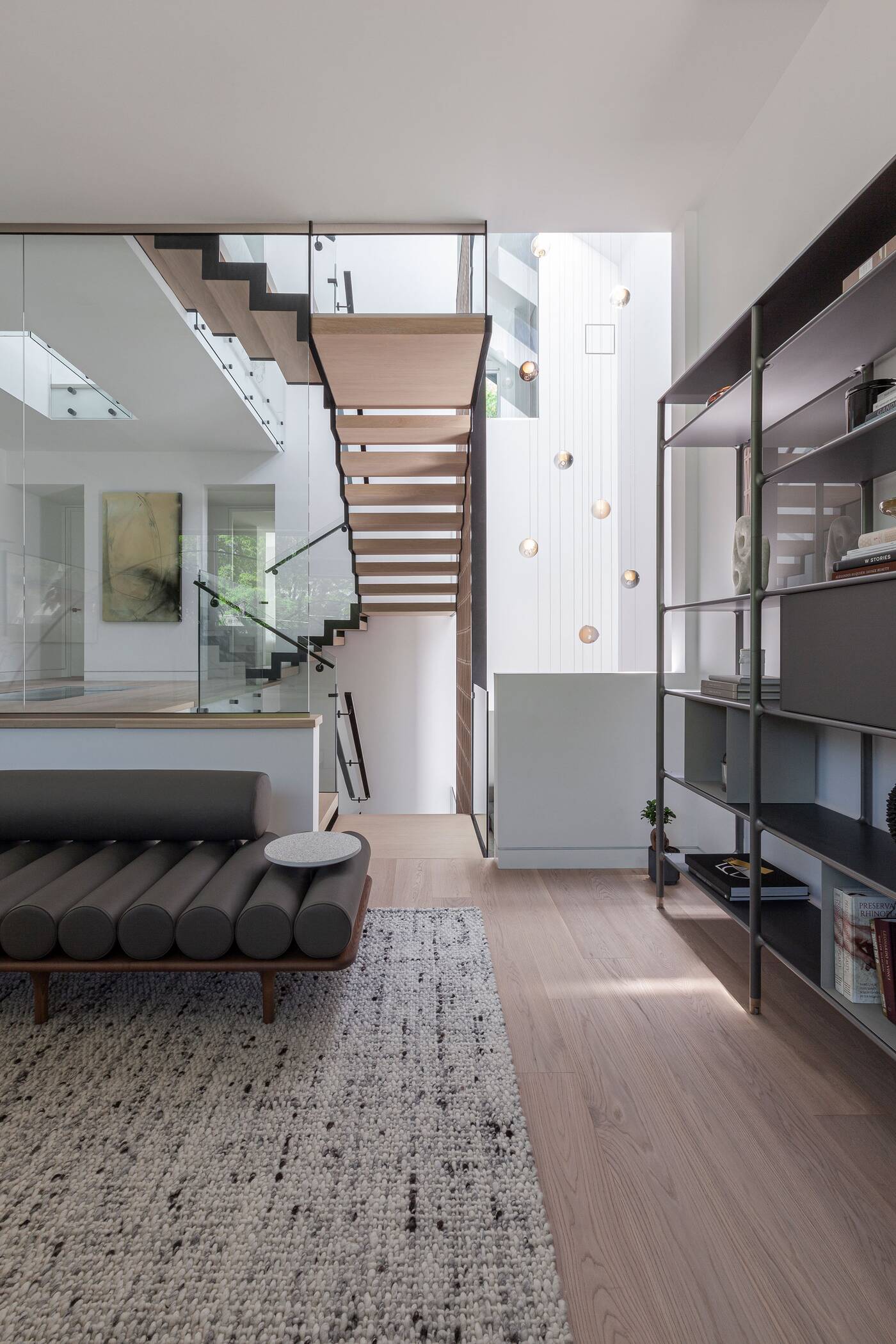 In addition to housing this extension of the main living room below, the second floor is home to three bedrooms. 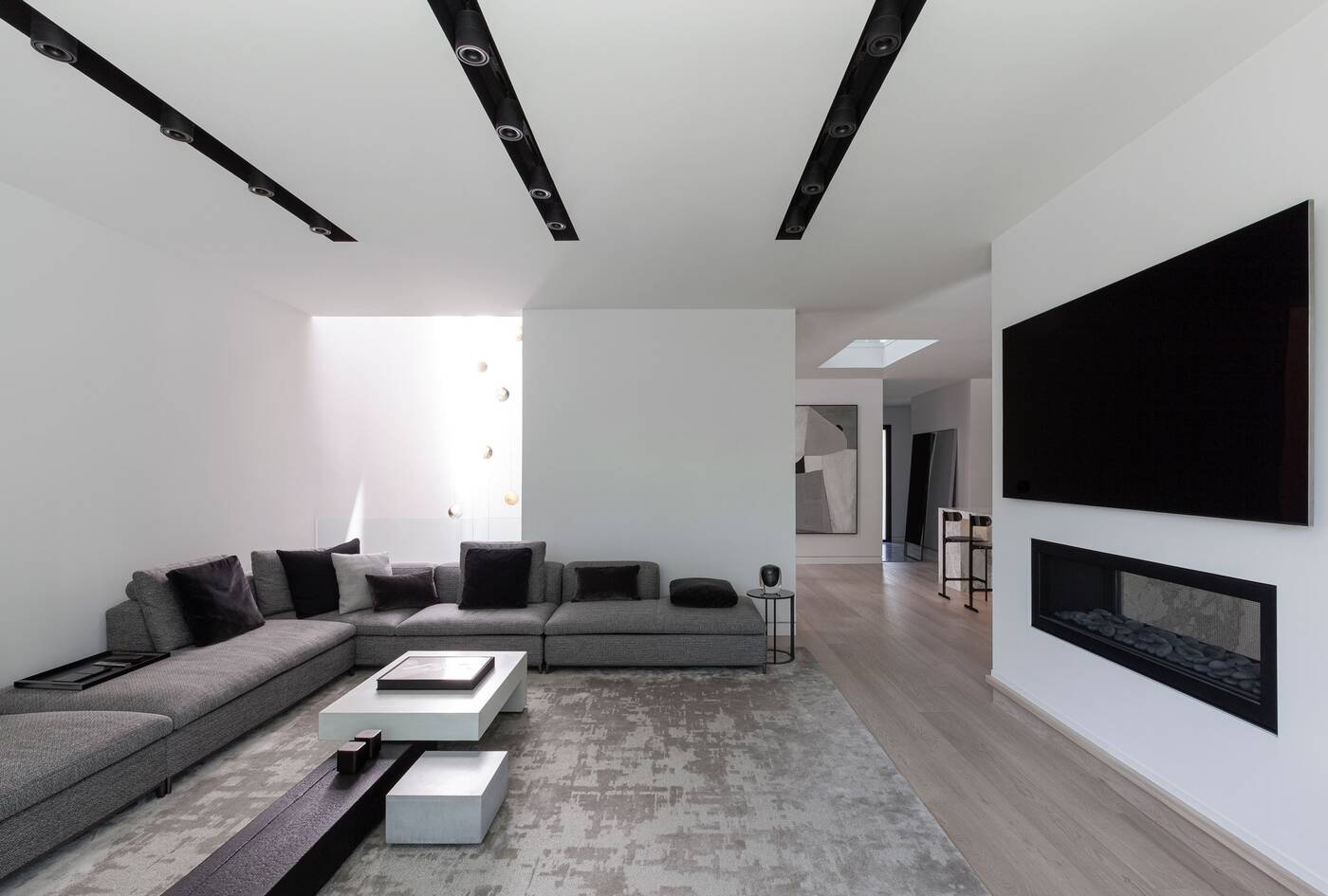 Stack House's upper tier features a distinctive A-frame roof that plays on the surrounding styles, finished in dark metal panelling. This floor houses the most private recesses of the house, including a primary bedroom with an ensuite bathroom.

Nestled in the A-frame-shaped upper floor, the primary bedroom's decadent spa-inspired ensuite boasts marble finishes, a soaker tub, a walk-in shower, and double vanities. All the bells and whistles. 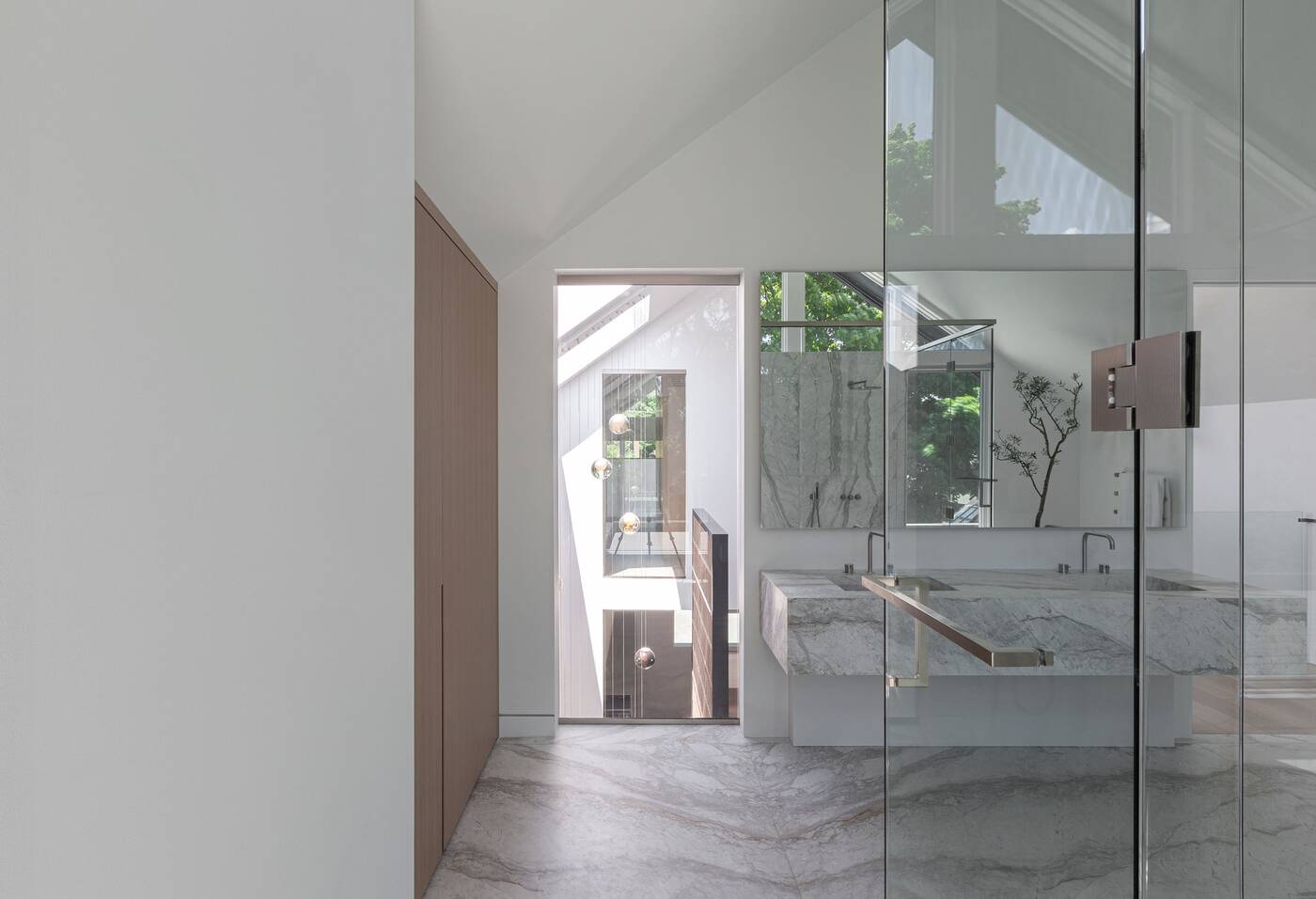 At the centre of the house's labyrinthine layout, a quadruple-height staircase connects all levels, aided by skylights that allow natural light to penetrate throughout. 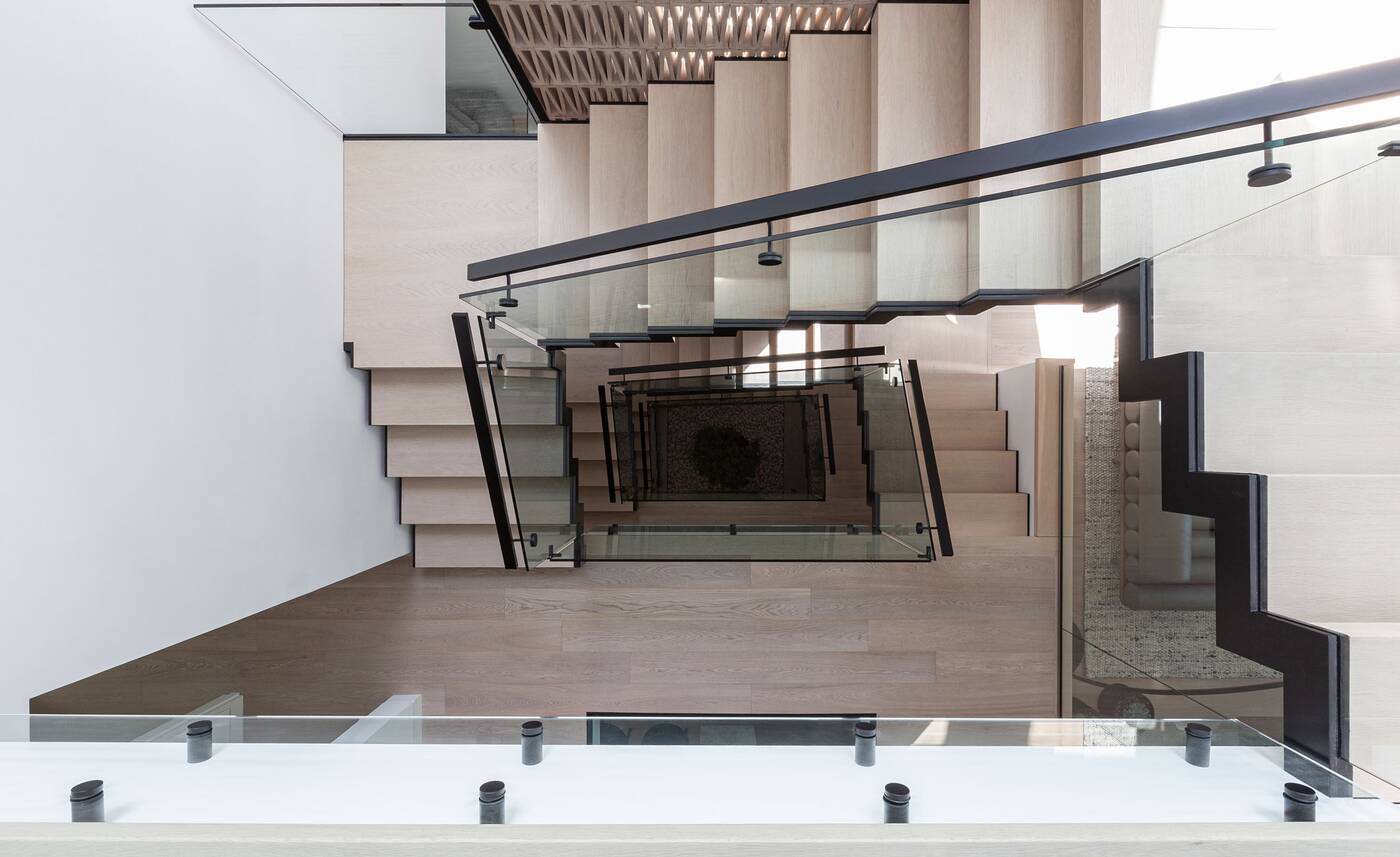 That light penetration extends below ground to an almost unbelievably bright basement level containing lavish features, including an extravagant transparent wine cellar (why flex if nobody can see it) and a feature garden. 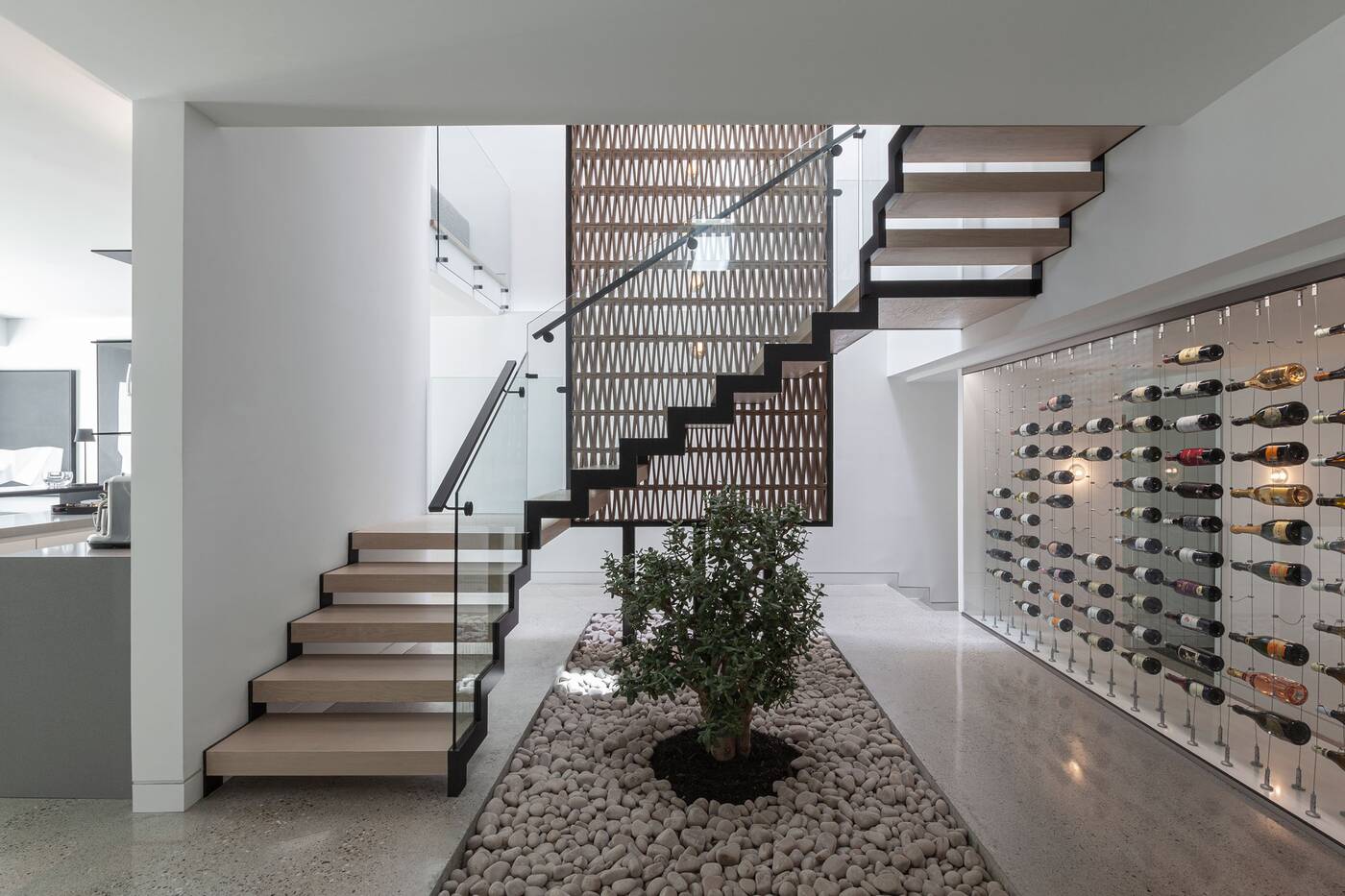 Stack House is a quirky play on the traditional house-form architecture of the area, and undoubtedly a head-turner on the quiet residential street the home inhabits.