Though buying a home in most locales anyone would want to live in within Canada is still painfully expensive — with Toronto being one of the priciest cities in which to purchase real estate in the world — there has been a marked decline in market interest recently, with far fewer sales year-over-year and month-over-month reported in July.

Industry experts had anticipated a cooldown of the market this year, and though prices in the nation's biggest city aren't really waning, forecasts for what's going to happen next are being updated to reflect an even bigger fall than initially expected.

The major bank feels that future spikes in mortgage lending rates will be prohibitive to most would-be buyers, especially in British Columbia and Ontario, "where affordability is extremely stretched." This will lead to a historic correction, especially in these places. 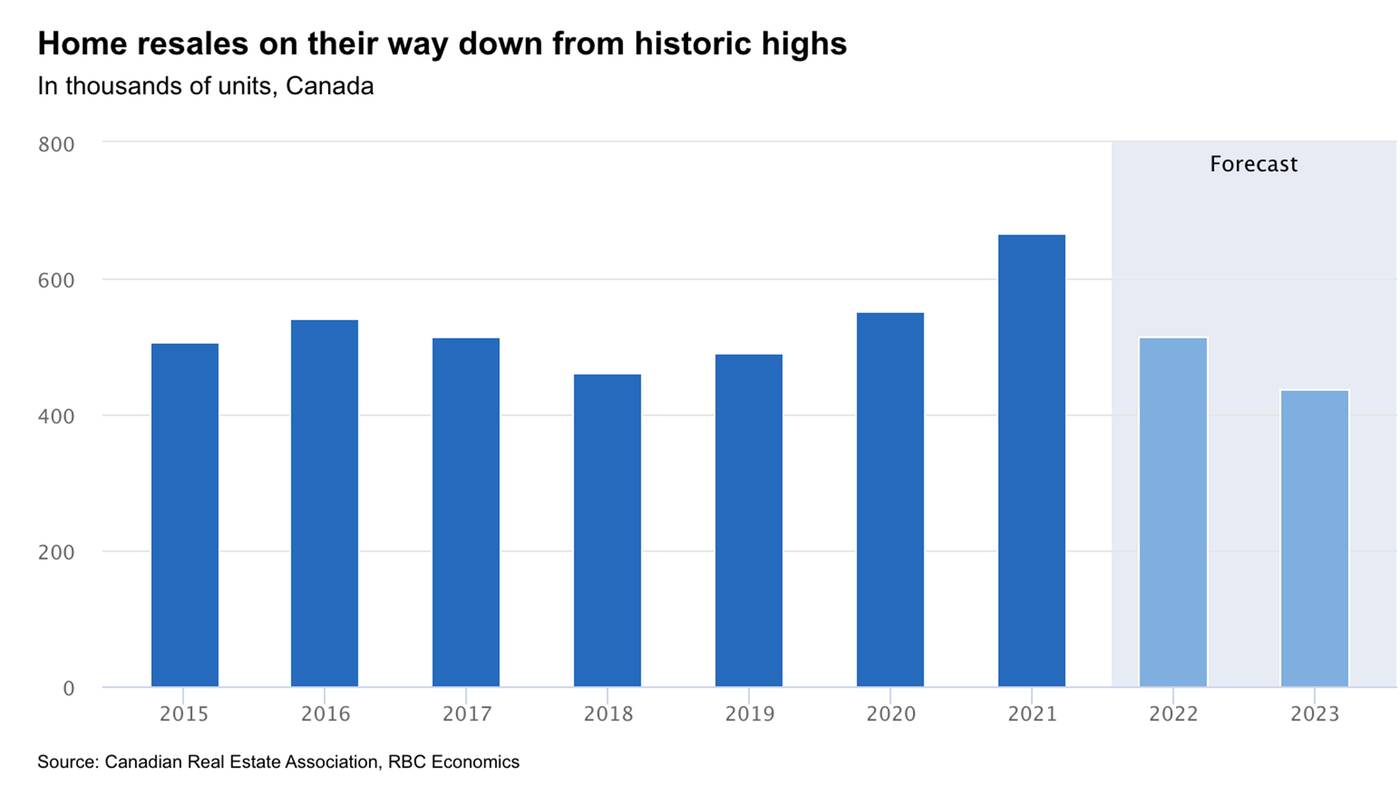 "The first signs of a market correction emerged in March. We expect the downturn will deepen in the coming months with both resale activity and home prices reaching lower levels than we previously anticipated," the new forecast continues, asserting that home sales numbers nationwide will fall another 23 per cent this year and 15 per cent next year.

This would mean a 42 per cent fall from record-high activity levels and the biggest drop of any of the last four market downturns. 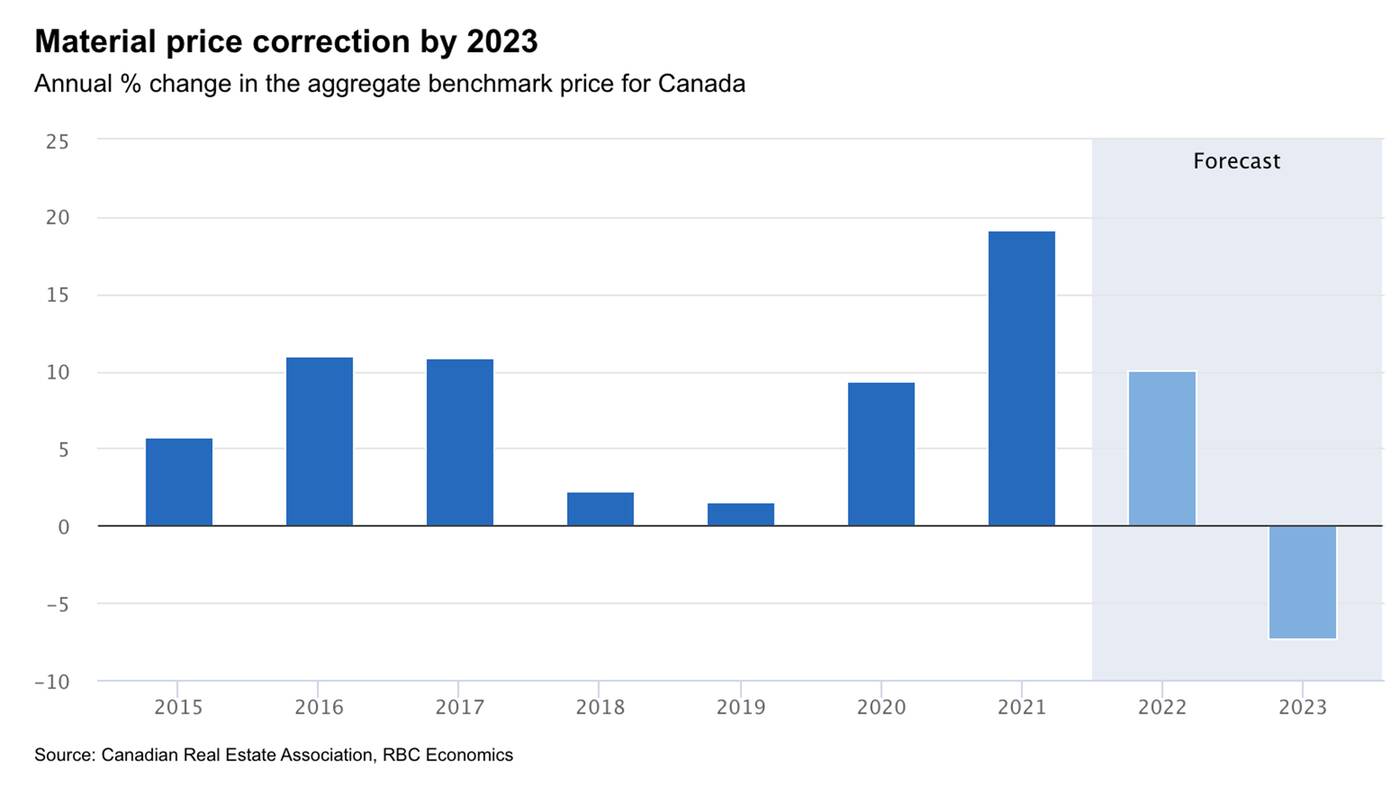 It also in turn will lead to a 12 per cent drop in benchmark prices across the country by the second quarter of 2023, but even more substantial declines in expensive hubs like Toronto.

"By the time the Bank of Canada is done, RBC's aggregate affordability measure could easily be at it worst-ever level nationwide, with Vancouver, Toronto, Victoria and other expensive markets leading the way." 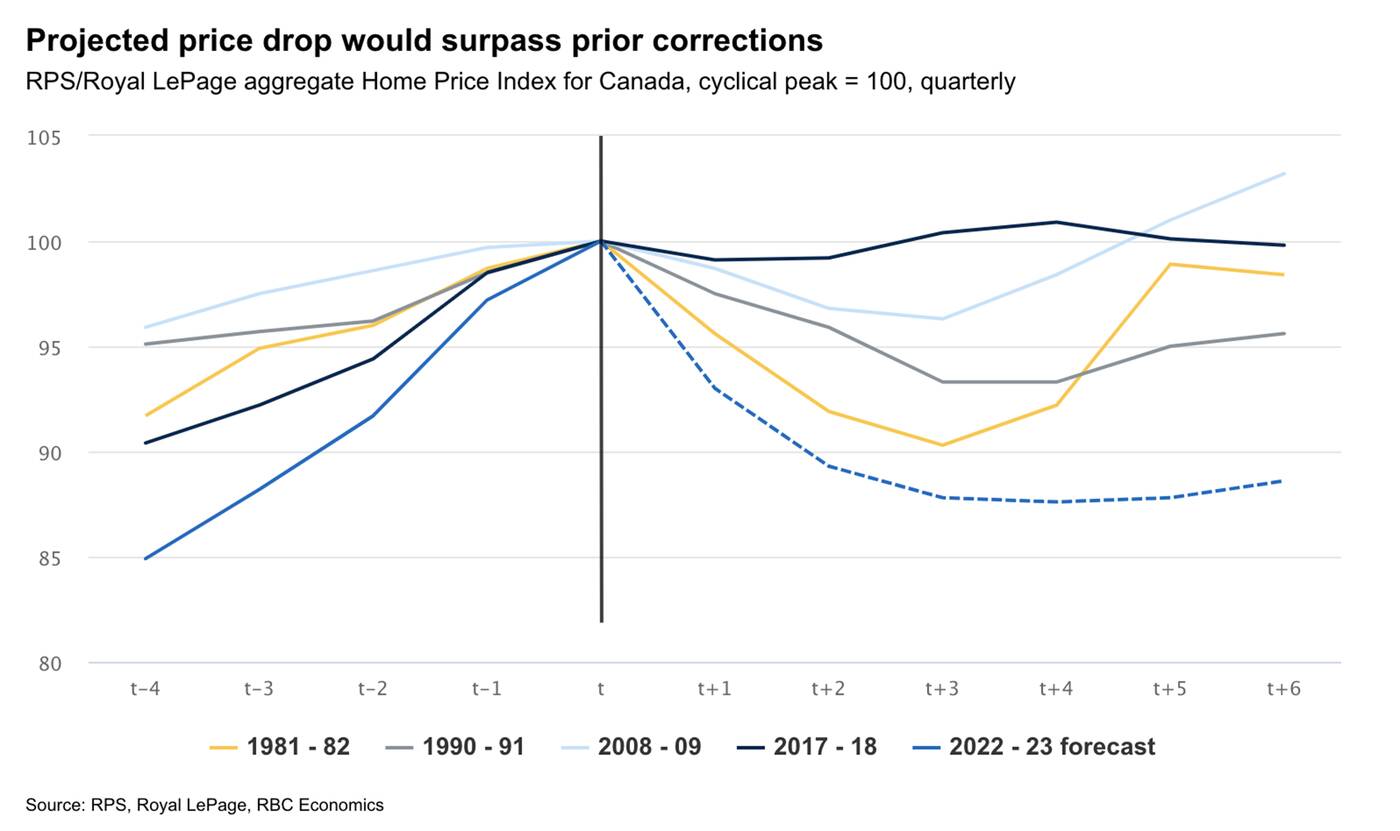 This market correction will be the biggest of any of the last four. Graph from RBC Economics.

While many say we're already in a buyer's market, this will push us even further in that direction — which may not matter if no one can justify spending the sky-high interest on their mortgage in the first place.