Those looking for a status-symbol home in the heart of Toronto have a rare chance to scoop up the penthouse of a former Toronto Maple Leafs star, at least those with $5,380,000 to spare.

Scrappy forward Nazem Kadri was traded from Toronto to the current Stanley Cup contending Colorado Avalanche back in 2019, but it seems he has held onto his penthouse condo at 199 Richmond Street West for three years before putting it on the market this week.

And for almost $5.4 million, the buyer of this unit will be getting a whole lot more than just a concrete box in the sky. They'll get bragging rights. 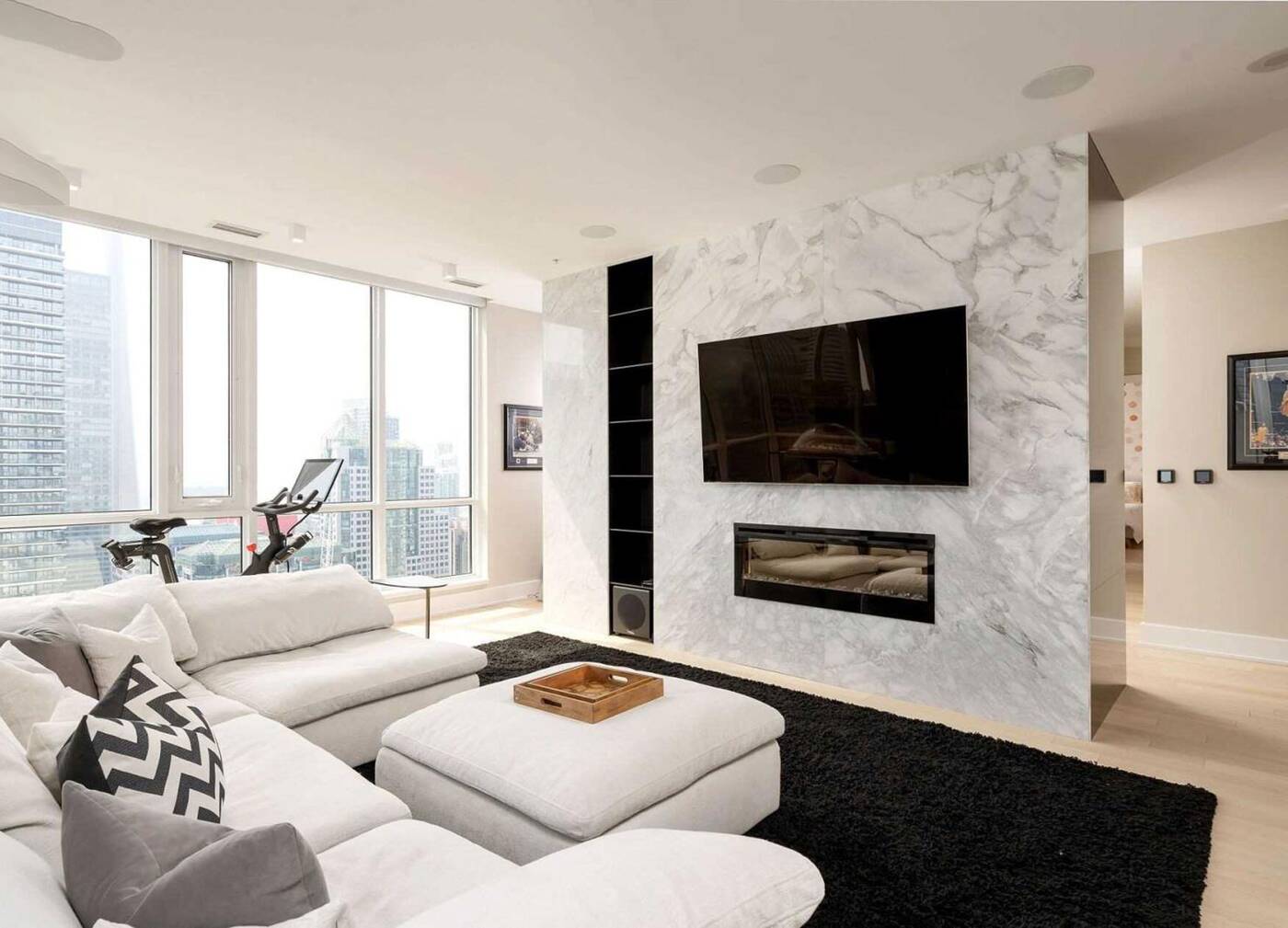 The living room with a view.

This three-bedroom penthouse plus den suite — one of just two units on the penthouse floor — measures an impressive 3,300 square feet, putting many single-family homes to shame. 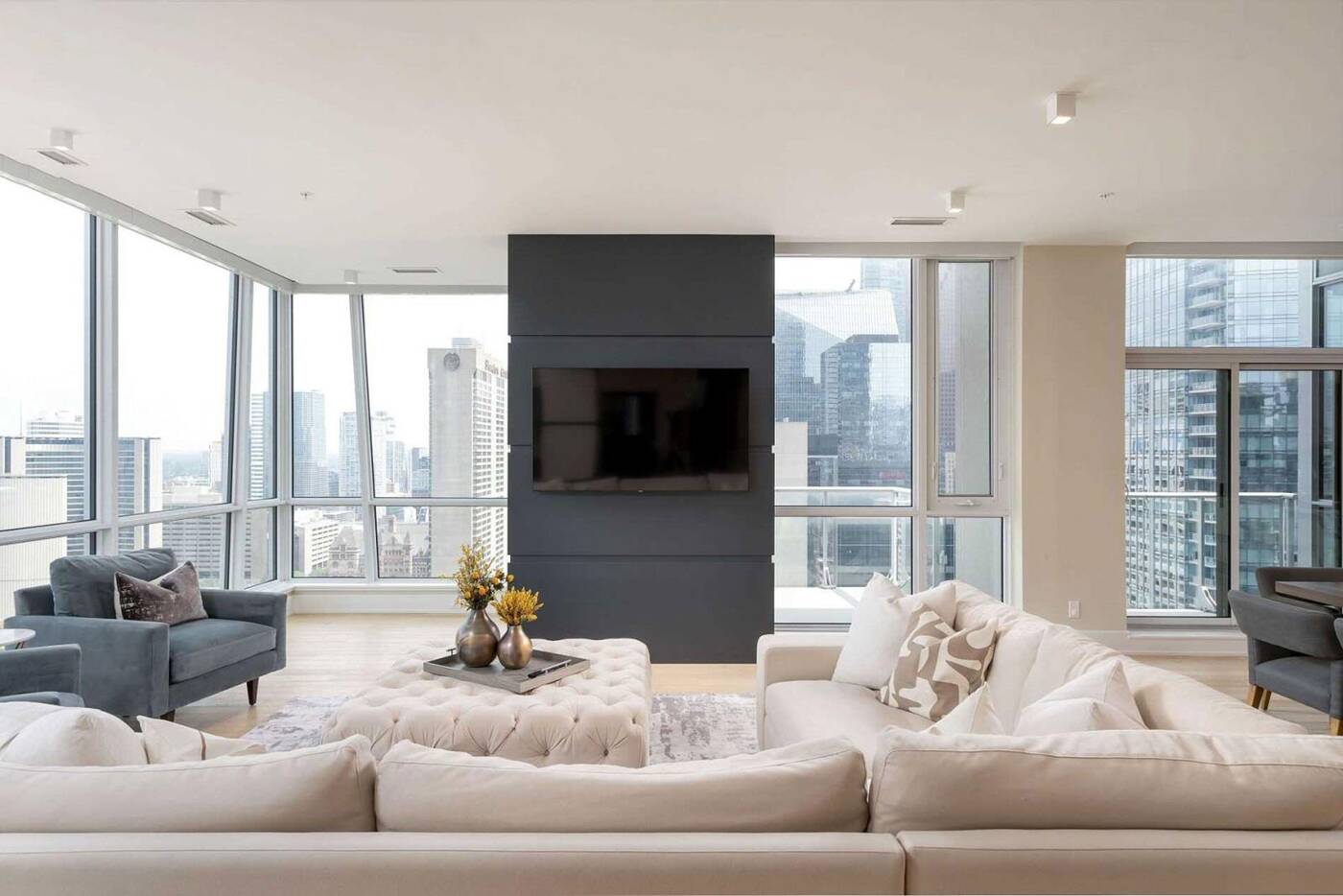 Another view of the living room with wrap-around windows.

It offers a ridiculous FIVE balconies that offer panoramic views facing south and east over the city, including Lake Ontario and the CN Tower. 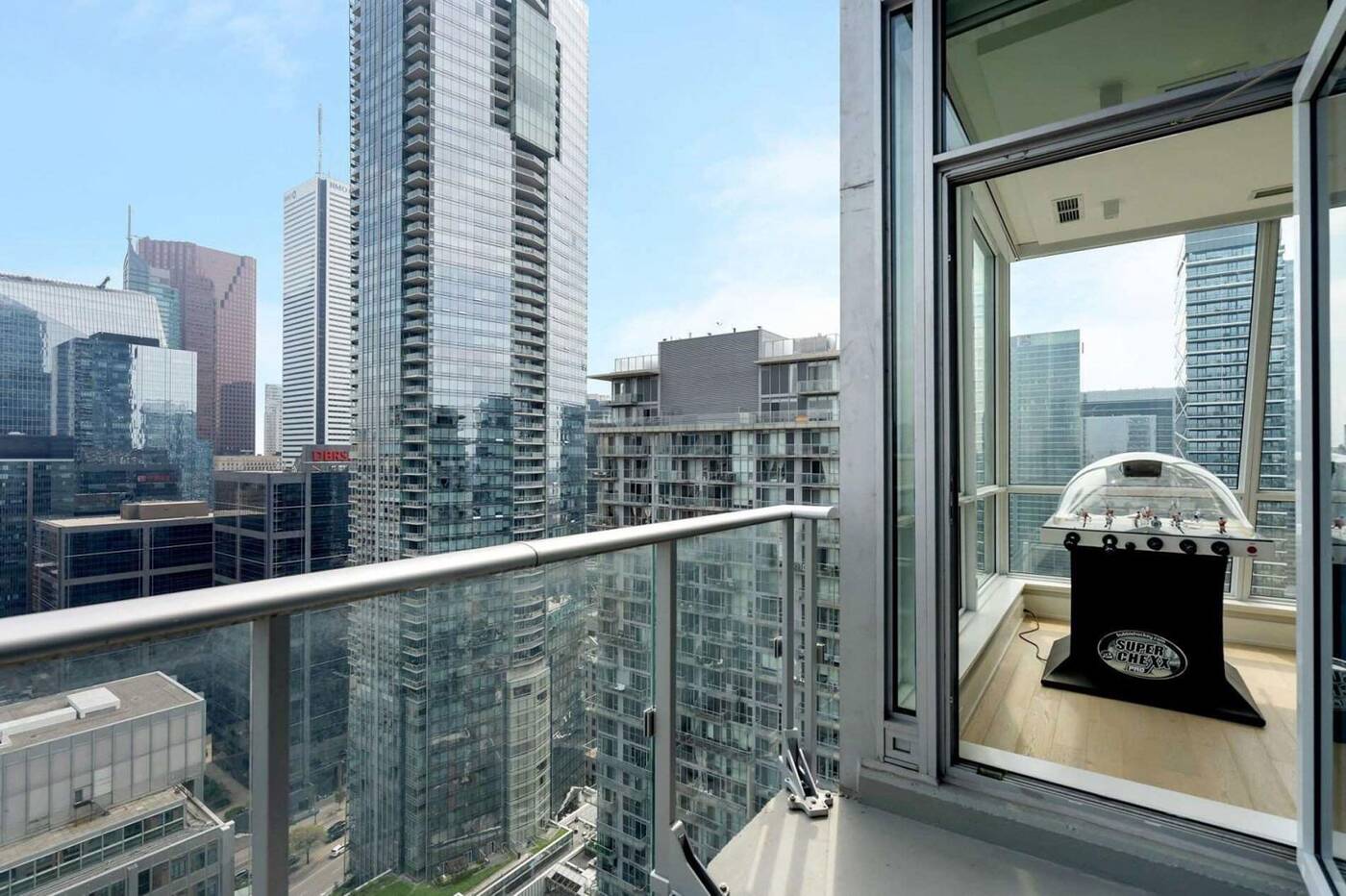 One of the balconies.

The interior is a lavish space featuring wood wall-panelling and marble walls throughout. 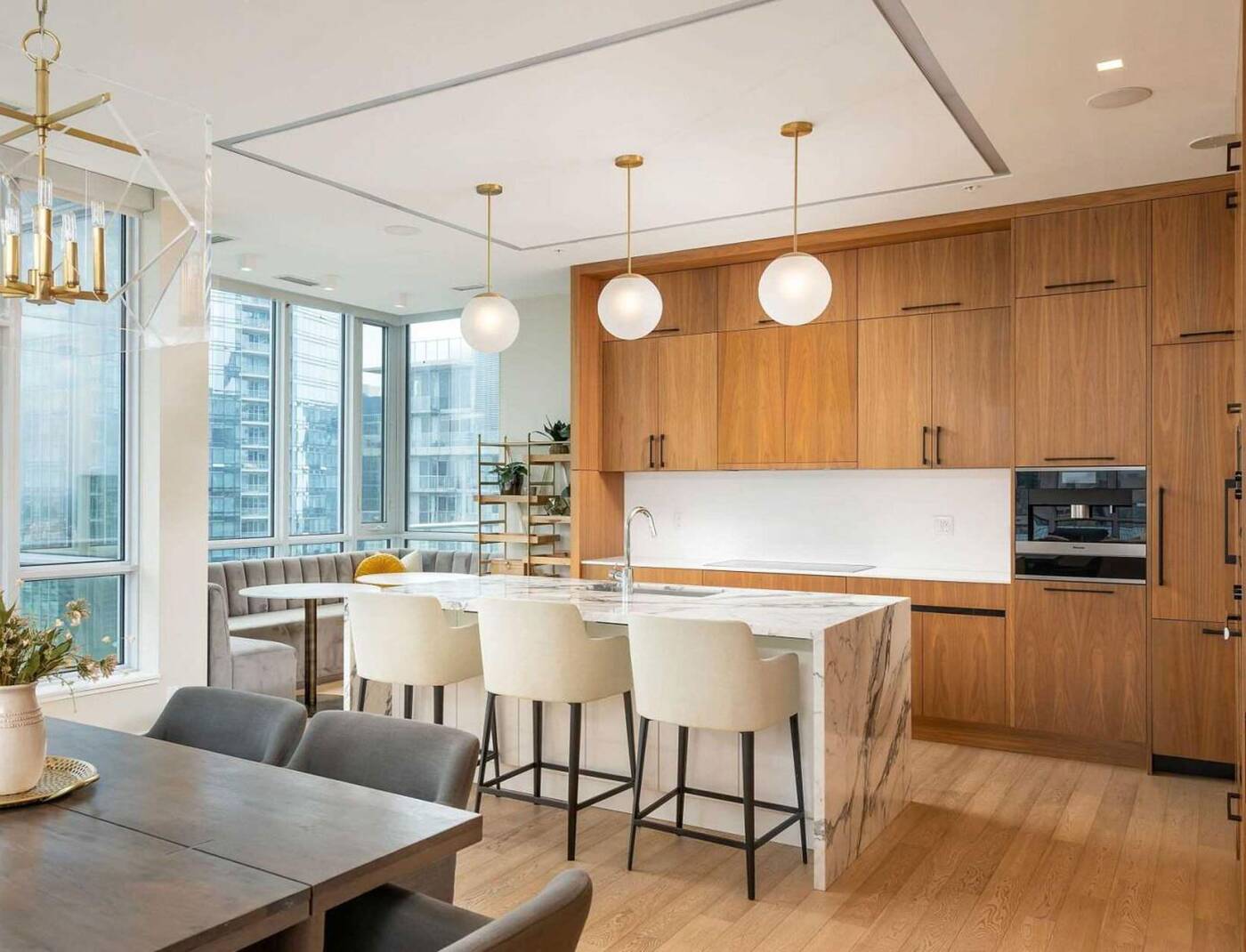 The kitchen features clean, integrated Miele appliances, designer kitchen and vanity finishes, and the knowledge that an NHL player used to prepare his protein shakes here. 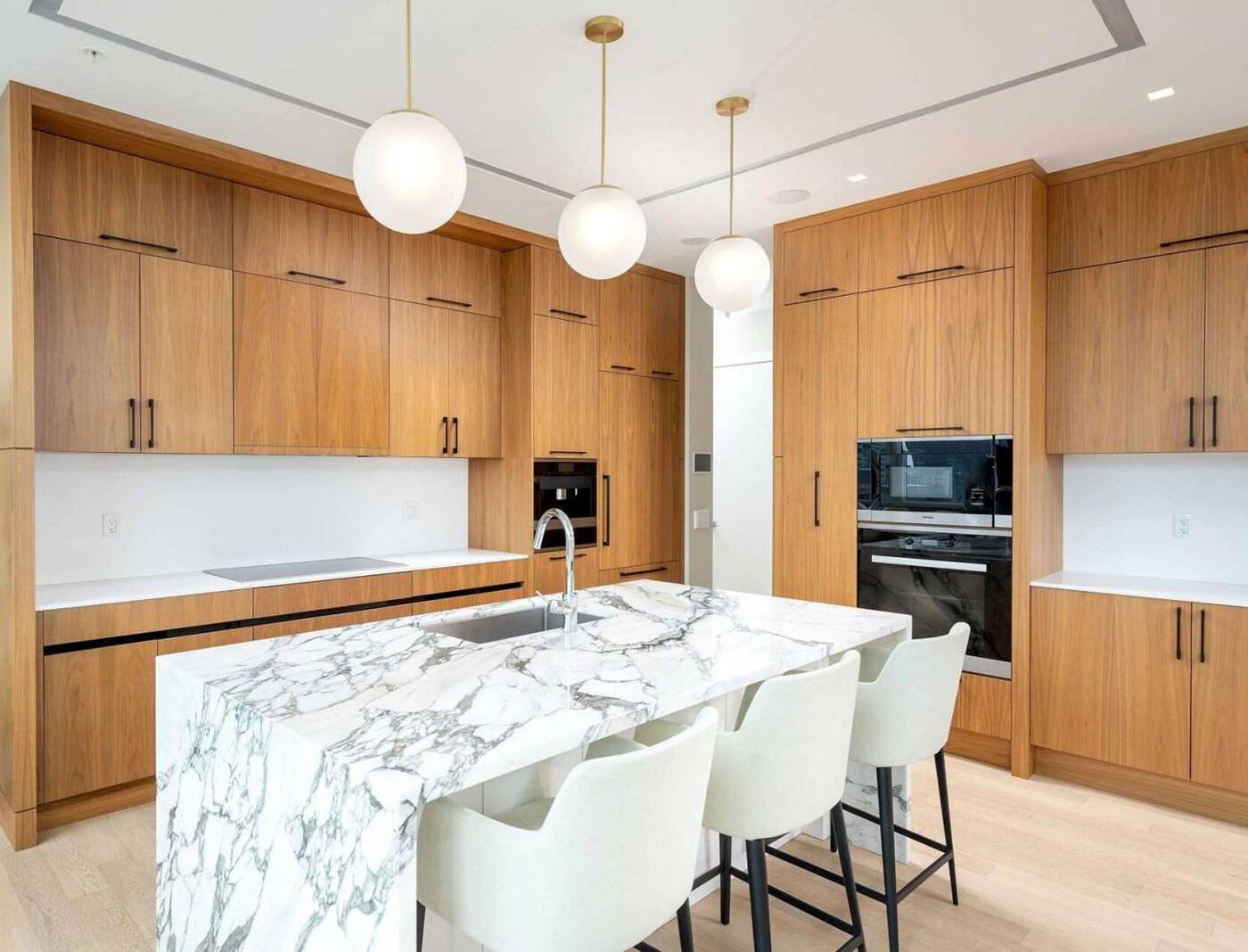 The unit comes wired with a smart home system that controls the lights, blinds, and music. 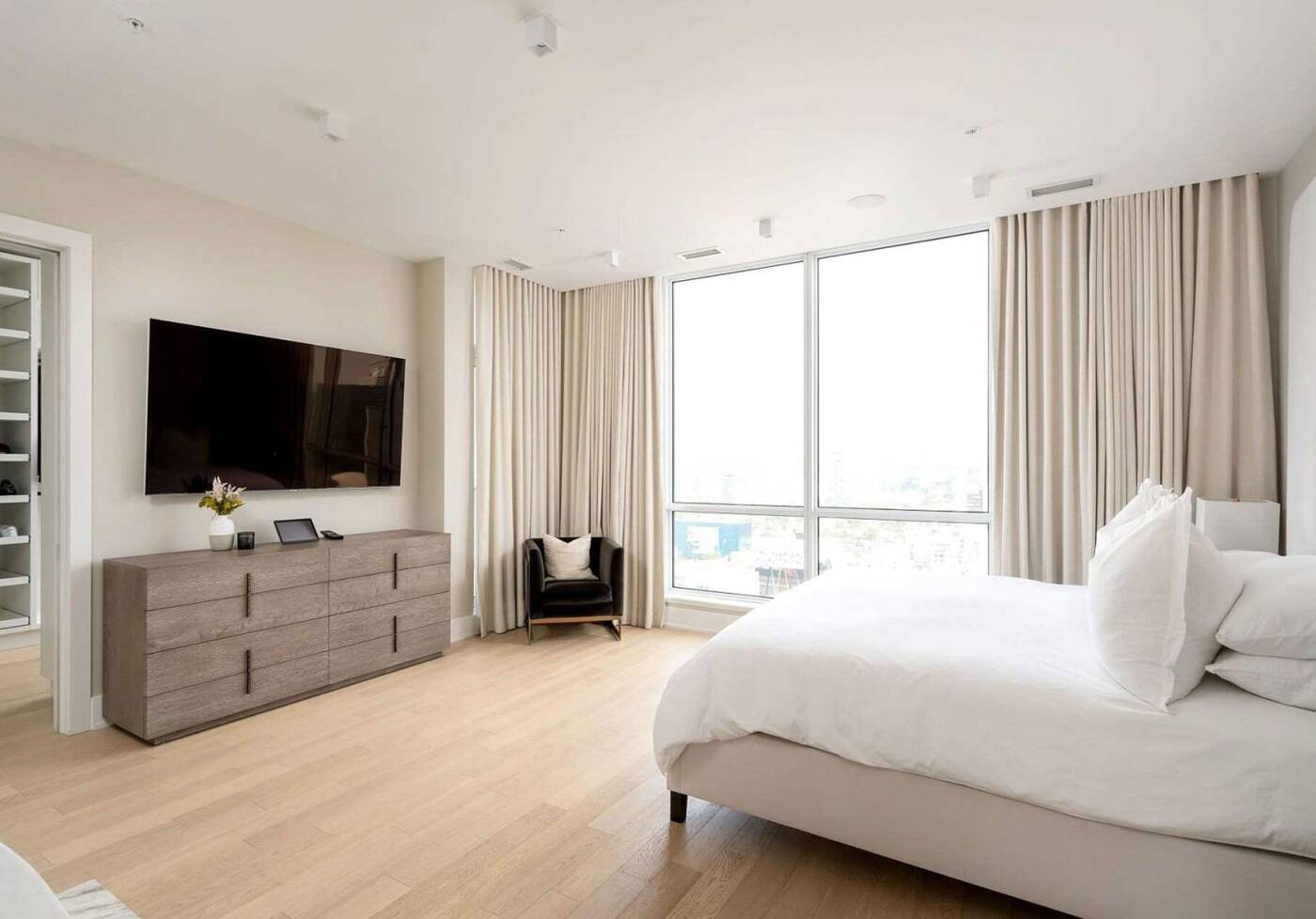 Listing agent Deana Feldman says the unit fits many lifestyles, mentioning, "it can accommodate a bachelor looking for a lot of space, somebody who works on Bay Street like a lawyer, or an athlete. It's perfect for an athlete." 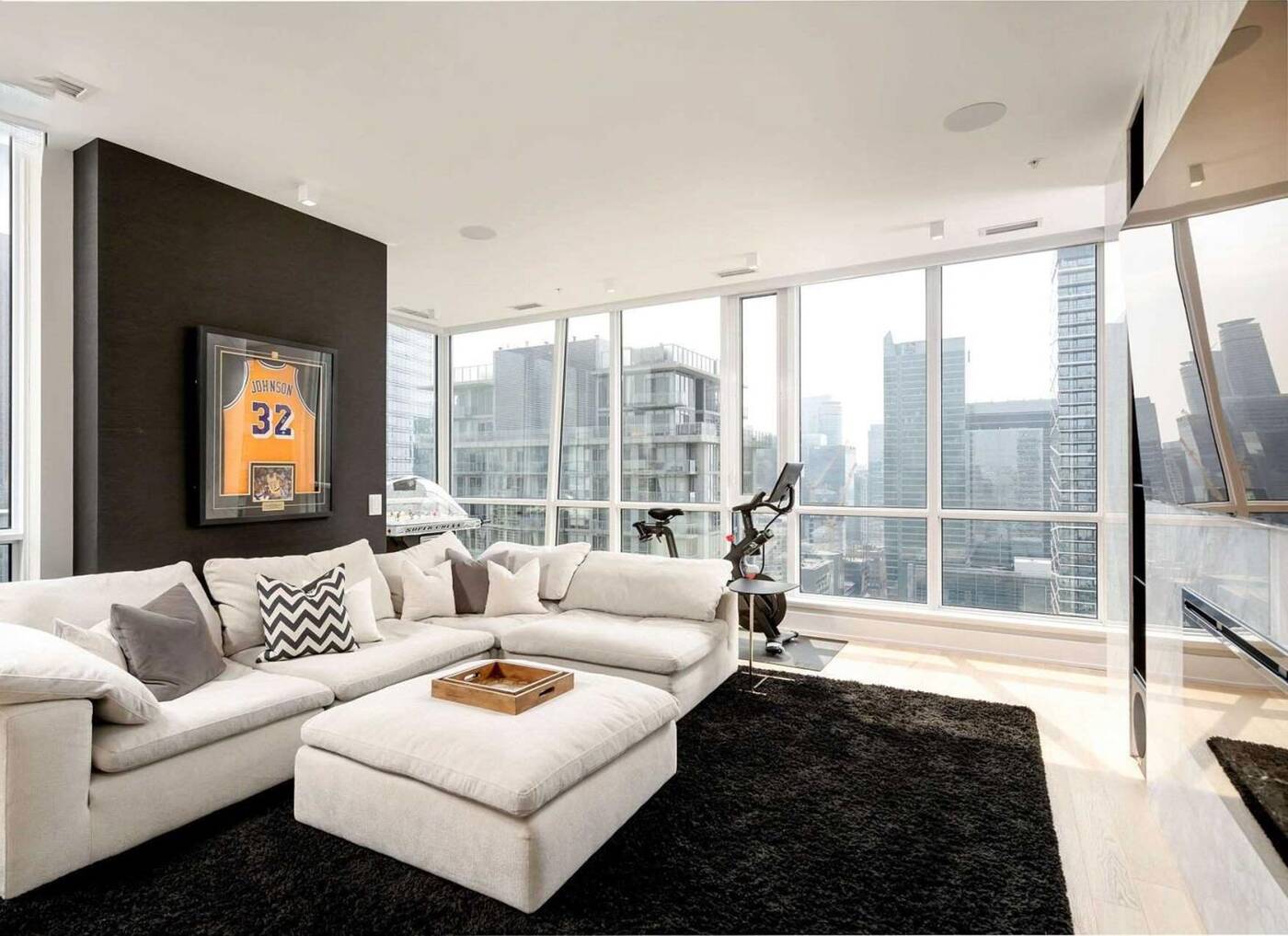 The main space is bright and spacious.

Feldman notes that Kadri was living in the unit with his wife and young daughter, but the layout is ideally suited for the type of gatherings a young athlete would host while also accommodating his daughter. 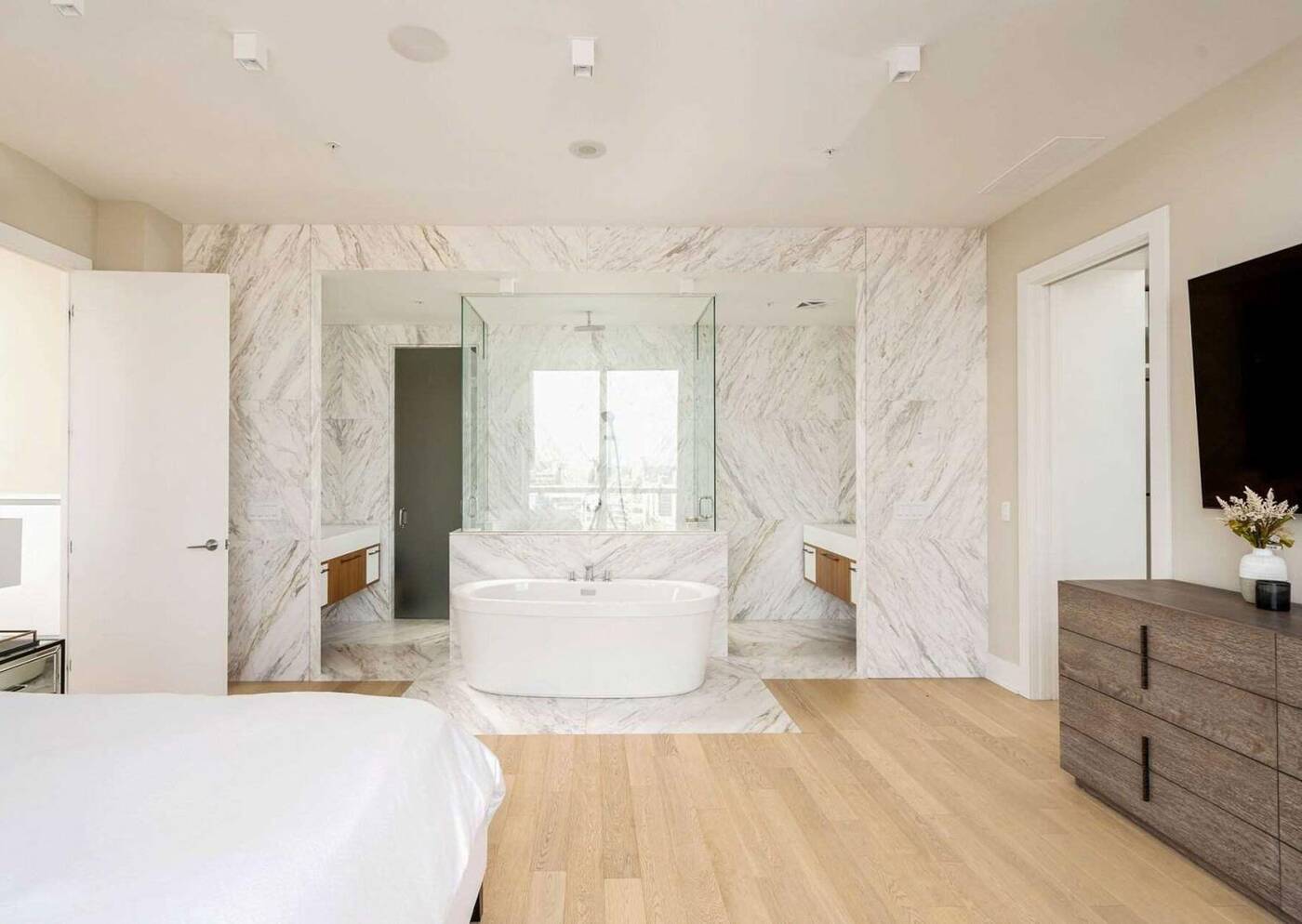 Proximity to the Rogers Centre and Scotiabank Arena make it an attractive option for athletes, but Feldman points out that it would also be perfect for "a downsizer that's looking for a pied-à-terre in the city that spends their time in Europe in the summer, in Florida in the winter, and they just need something in the city when they're in town."

So while this penthouse is probably not a unit for the typical buyer to consider, it's undoubtedly a rare gem in the sky worth gawking at. 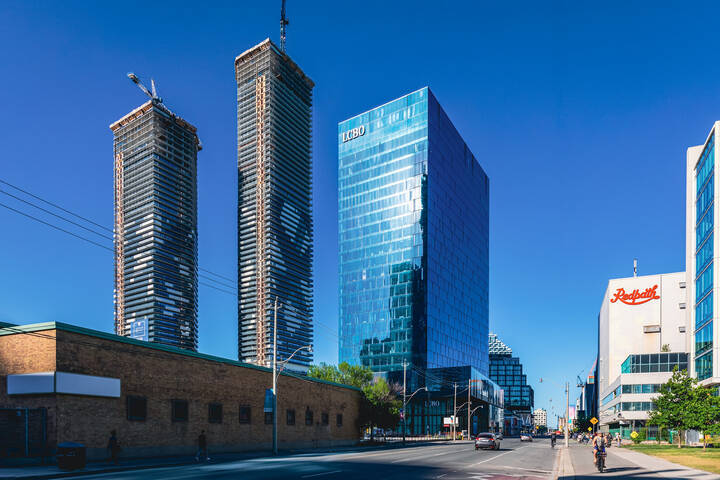