A 40-storey rental tower with a sleek design would come with the loss of the only grocery store in the Yonge and Davisville area. At least for a little while.

The Sobeys Urban Fresh serving the neighbourhood is subject to a development application for 22 Balliol Street that's been evolving since first proposed in early 2016.

Proposed by developers Collecdev and Shiplake, the tower is planned to rise to a height of 126 metres with a design by architects gh3 that eschews the glass box look prevalent in Toronto. 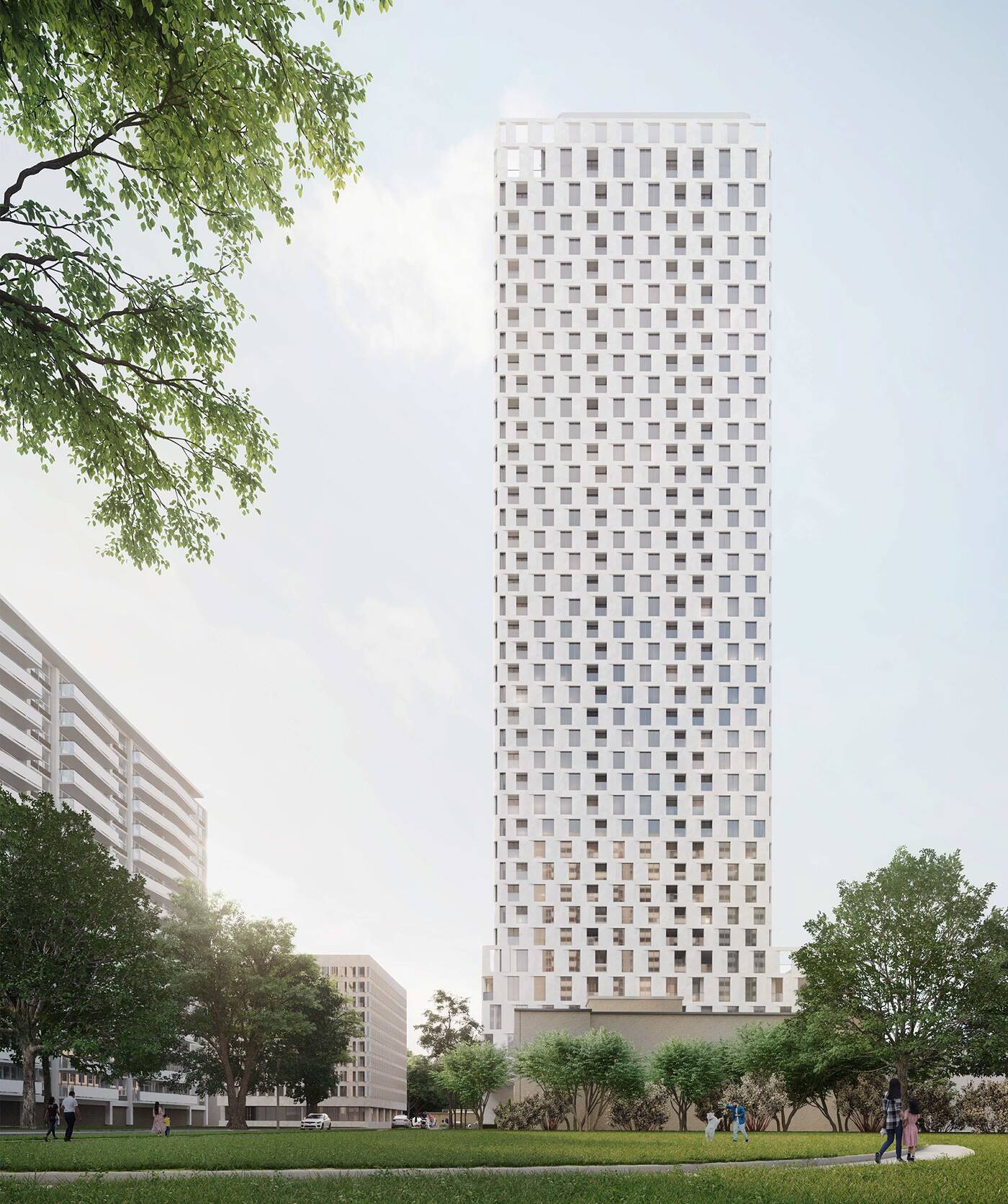 Its latest design tweaks come in response to a settlement between the developers and city negotiated at the Ontario Land Tribunal. 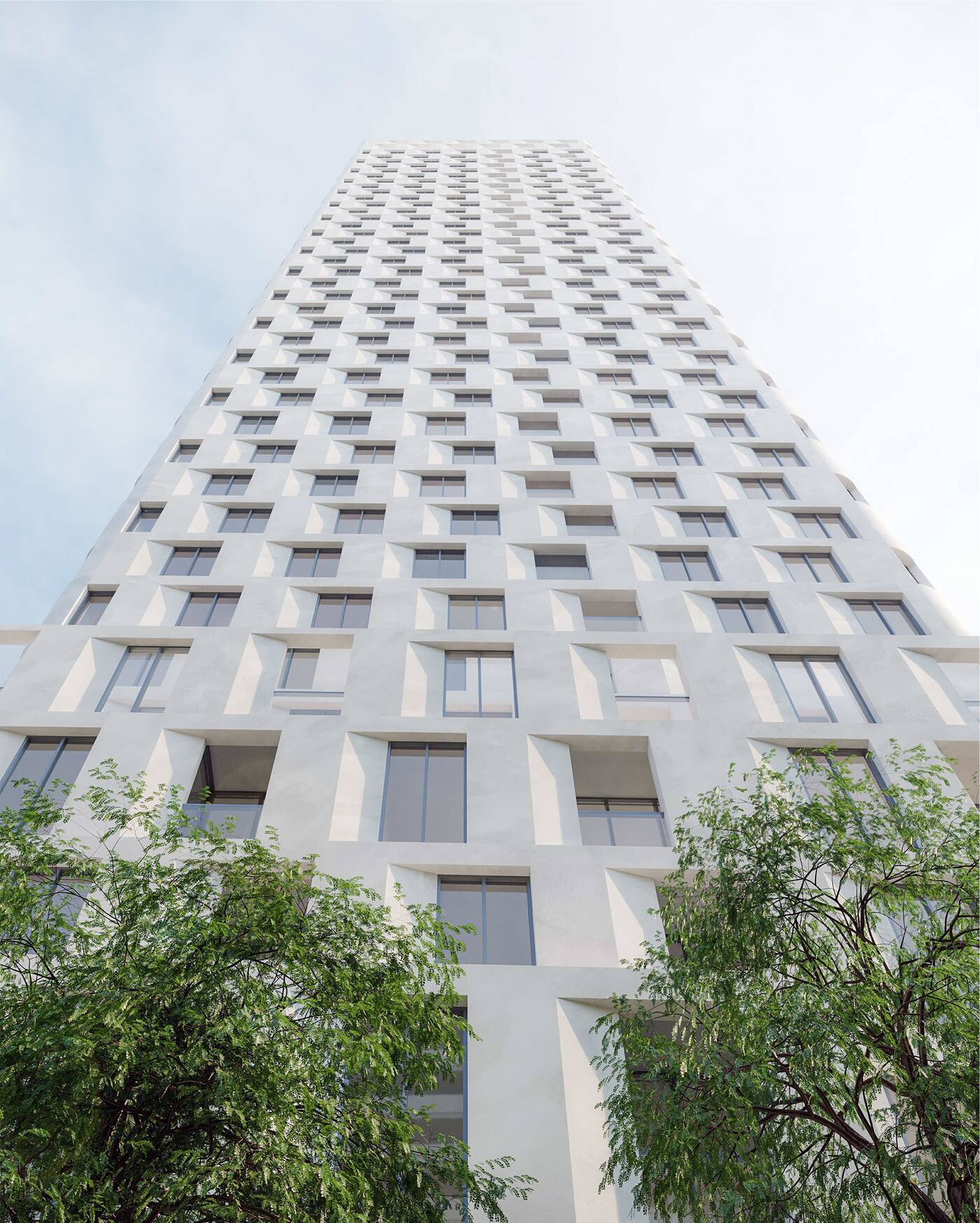 The resulting submission seeks approval for a 28,872 square-metre building, with over 96 per cent of the floor area proposed as residential space in the form of 414 rental units, planned in a mix of 30 studios, 213 one-bedrooms, 129 two-bedrooms, and 42 three-bedroom units. 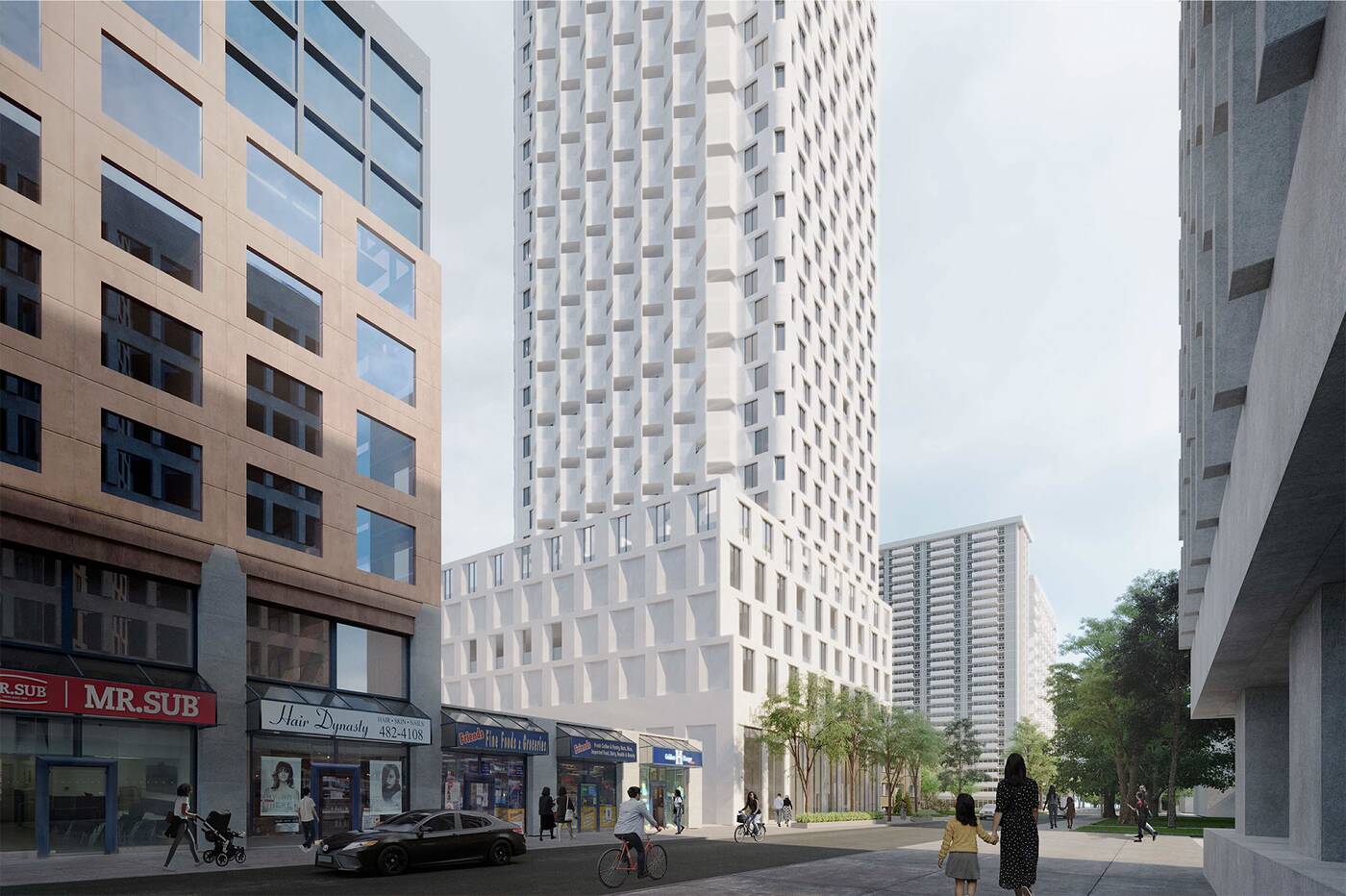 The remaining 1,111 square metres of floor area is planned as retail space, and residents can breathe a sigh of relief that plans are in the works to bring a grocery presence back to this location once construction of the new tower wraps up.

Early on in the redevelopment saga, Sobeys announced its intention to move back into the tower base and maintain a grocery presence on site.

In fact, the proposed grocery space would actually be a substantial upgrade for residents, its floor area much more expansive than the current approximately 700 square-metre location. 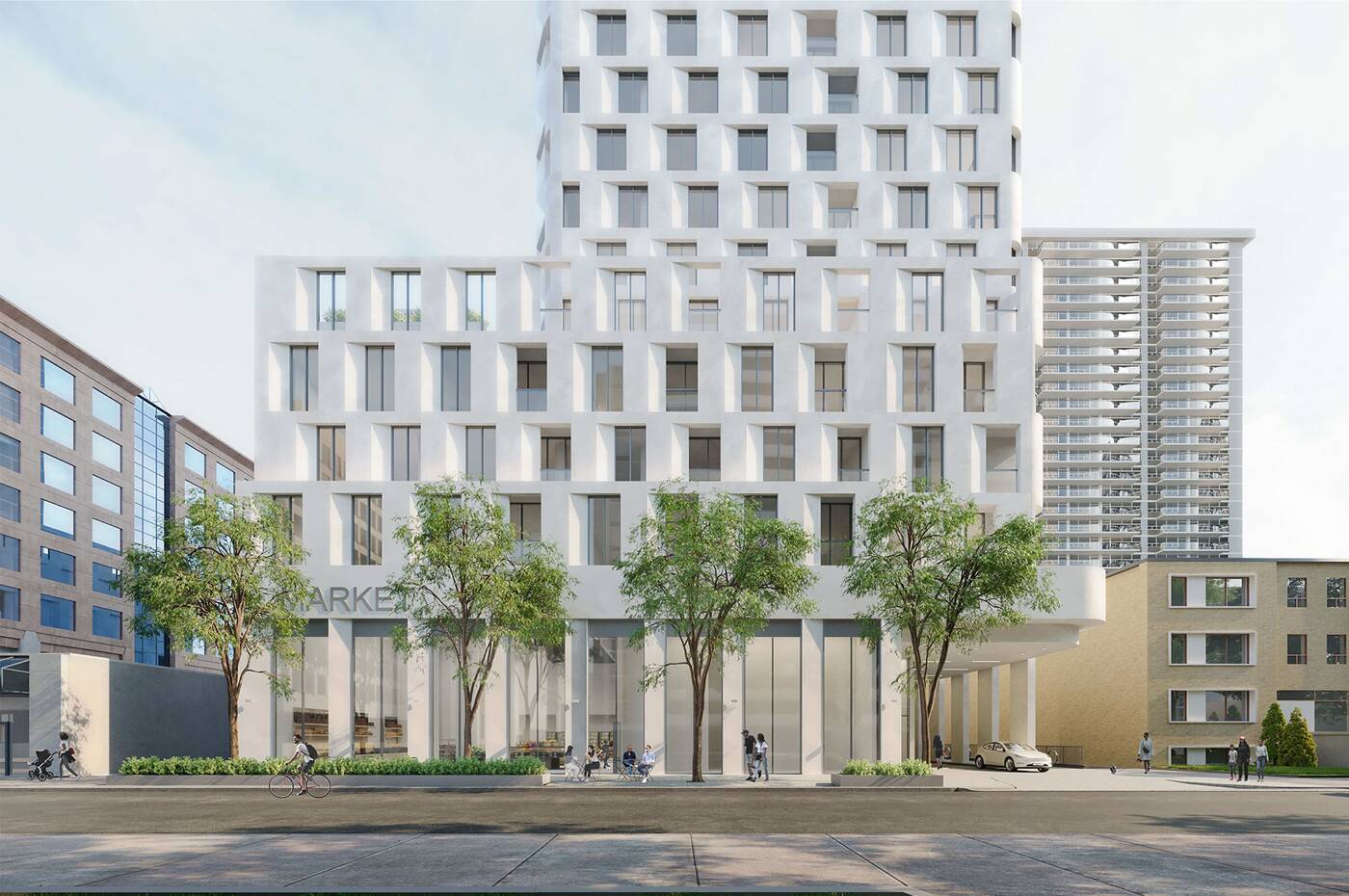 Tall towers are clearly the future of the Yonge and Davisville area, with a plan in the works to build a huge condo project next door at 45 Balliol, plus another tall tower recently proposed to the south.

And it's not just the immediate vicinity, as even bigger things are in the works at the Yonge-Davisville intersection, like a pair of towers planned to rise above the southwest corner and the future redevelopment of the TTC headquarters at the southwest corner.