A developer has enormous plans to redefine a block across from Davisville subway station in Midtown Toronto, but the still-fresh application is already stirring up concerns in the neighbourhood.

In November, developer Davpart submitted plans to redevelop a block at the northwest corner of Yonge and Chaplin, currently home to a mid-rise commercial building at 1910 and 1920 Yonge, and an apartment building at 1944 Yonge. 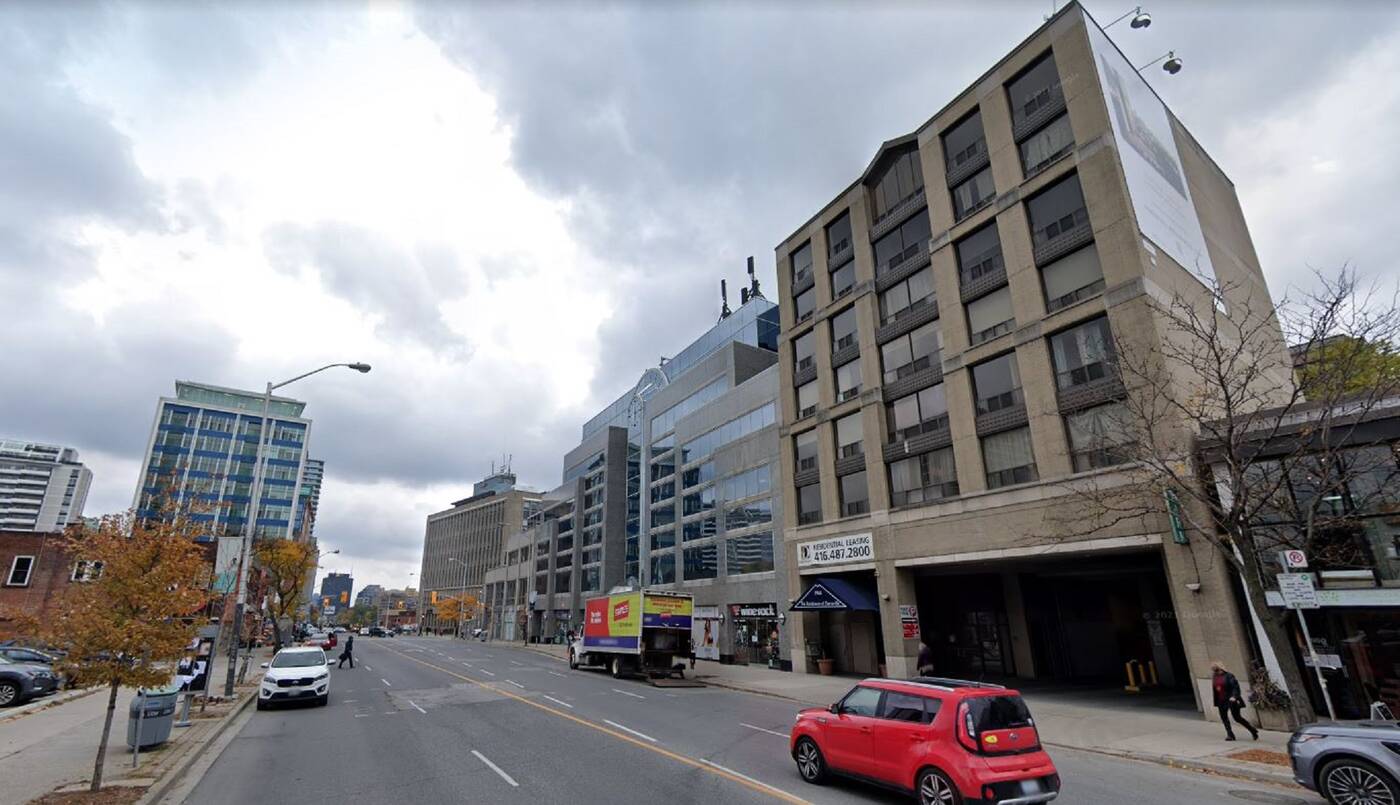 Looking southwest across Yonge Street to the two buildings planned to be redeveloped. Photo via Google Street View.

The plan would see the two buildings levelled to make way for a mixed-use complex with a pair of 45-storey condominium towers rising from a shared 10-storey podium containing commercial and retail space. 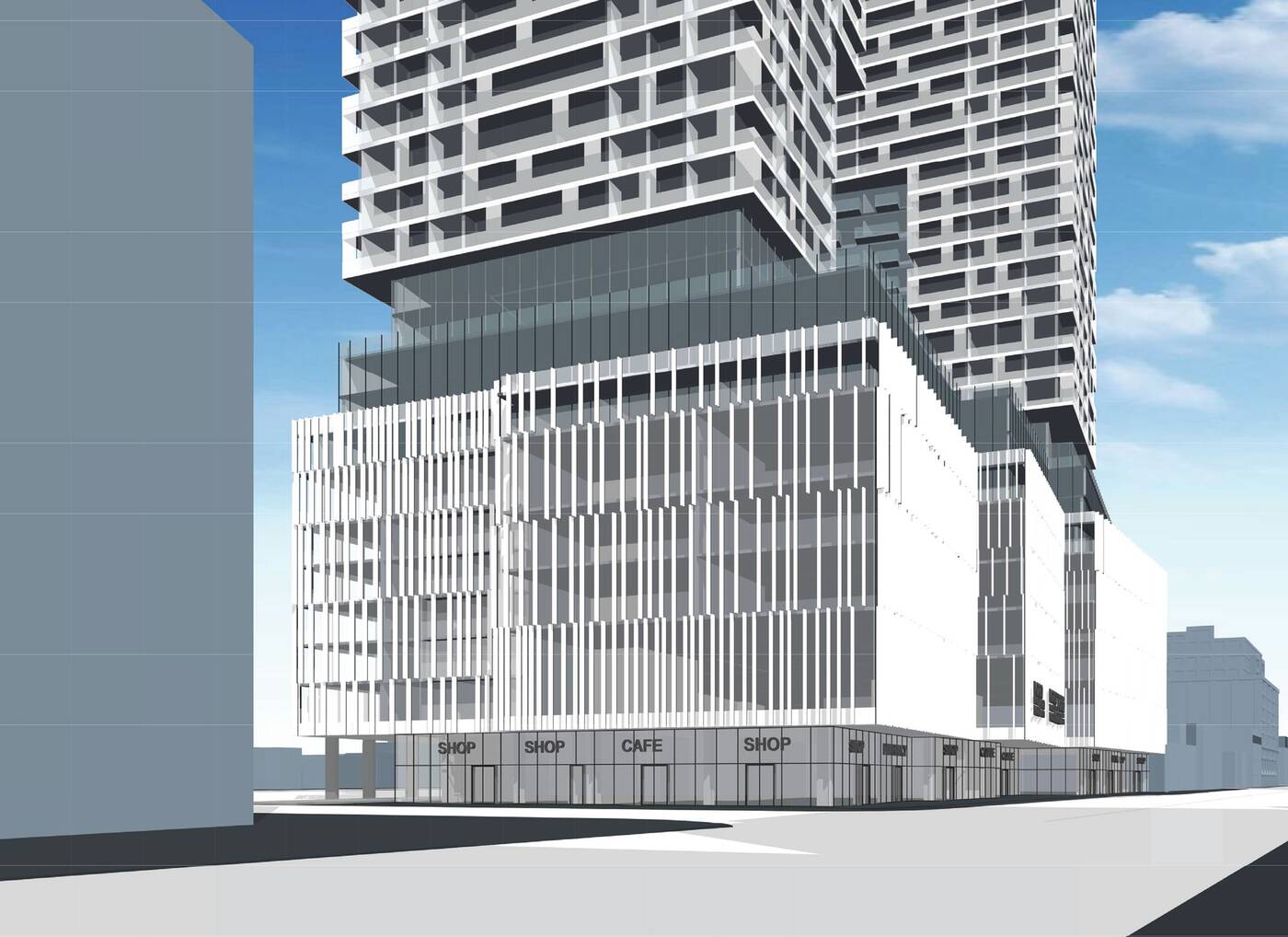 Looking north along Yonge to the base of the proposed development. Rendering by Graziani + Corazza Architects.

Designed by Graziani + Corazza Architects — the same local firm that brought us major flops like Aura — the complex's two towers would reach peaks of 156 metres, heights that may prove controversial as the proposal works its way through the approvals process. 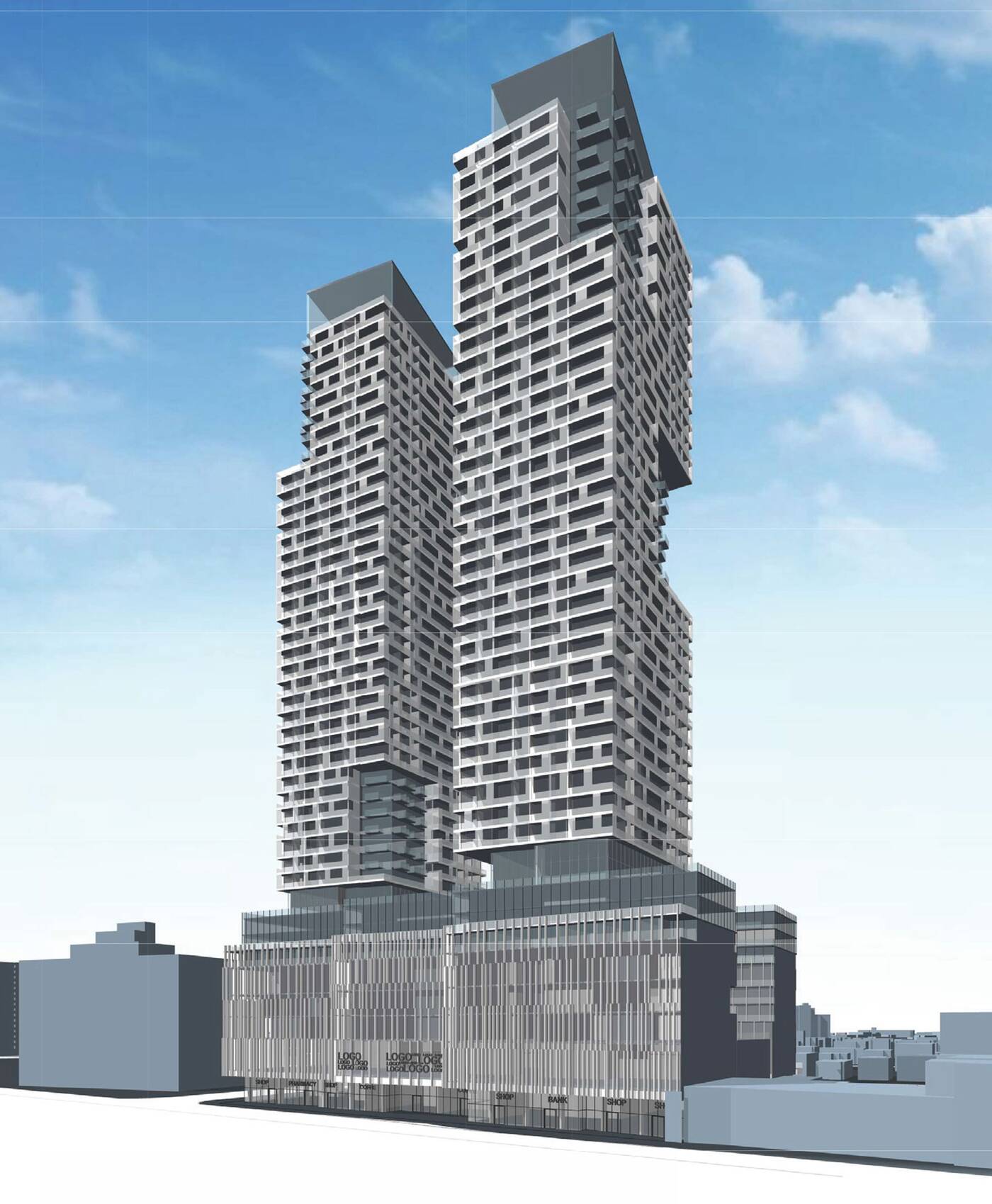 Looking southwest across Yonge to the proposed development. Rendering by Graziani + Corazza Architects. 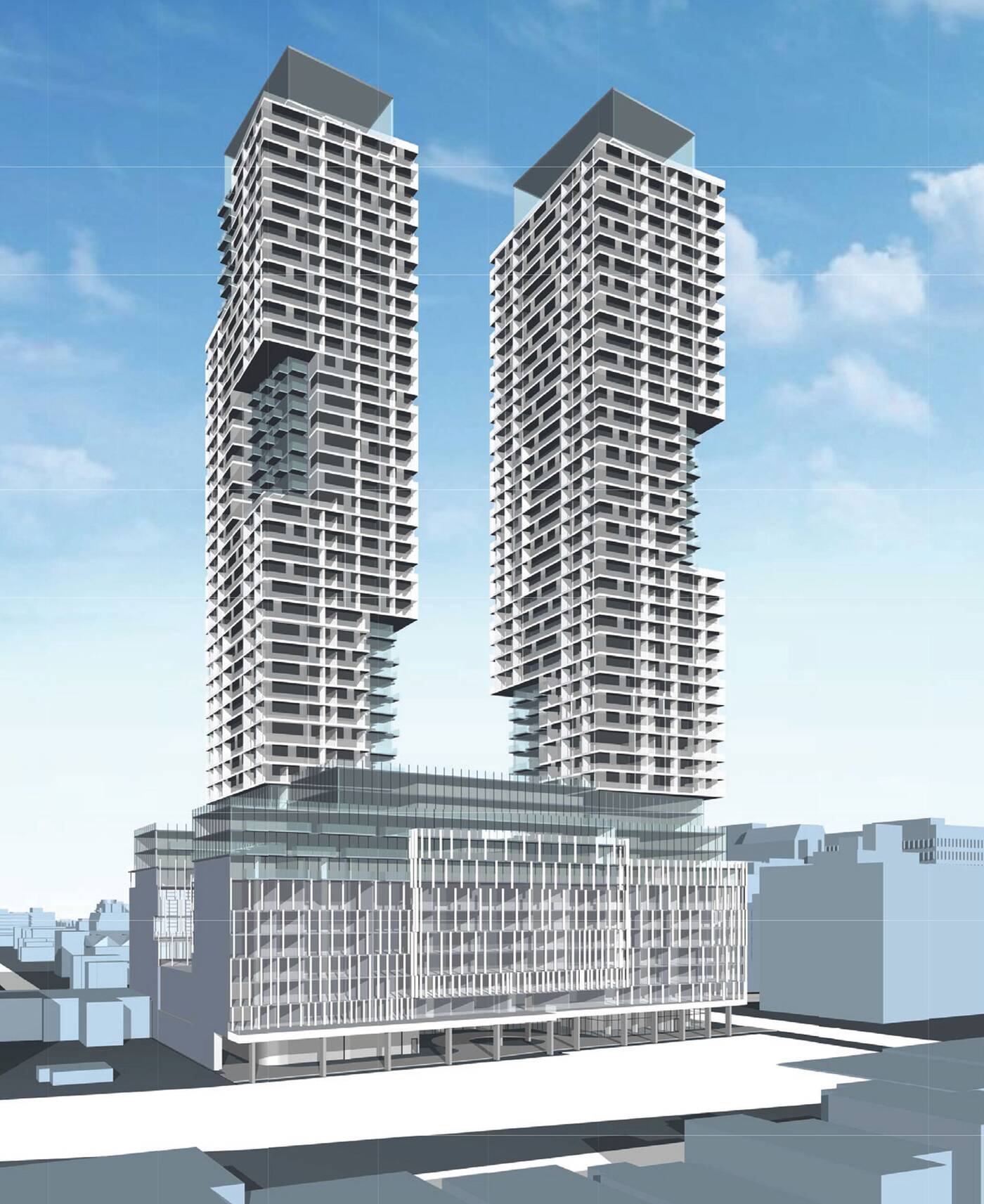 Looking east over the Line 1 subway corridor to the proposed development. Rendering by Graziani + Corazza Architects.

The towers above would house almost 1,000 new homes, including 880 condominium units and 102 rental units to replace the existing rentals on-site, as per the city's rental replacement policy. The mix is planned with 60 studios, 520 one-bedrooms, 305 two-bedrooms, and 97 three-bedroom units. 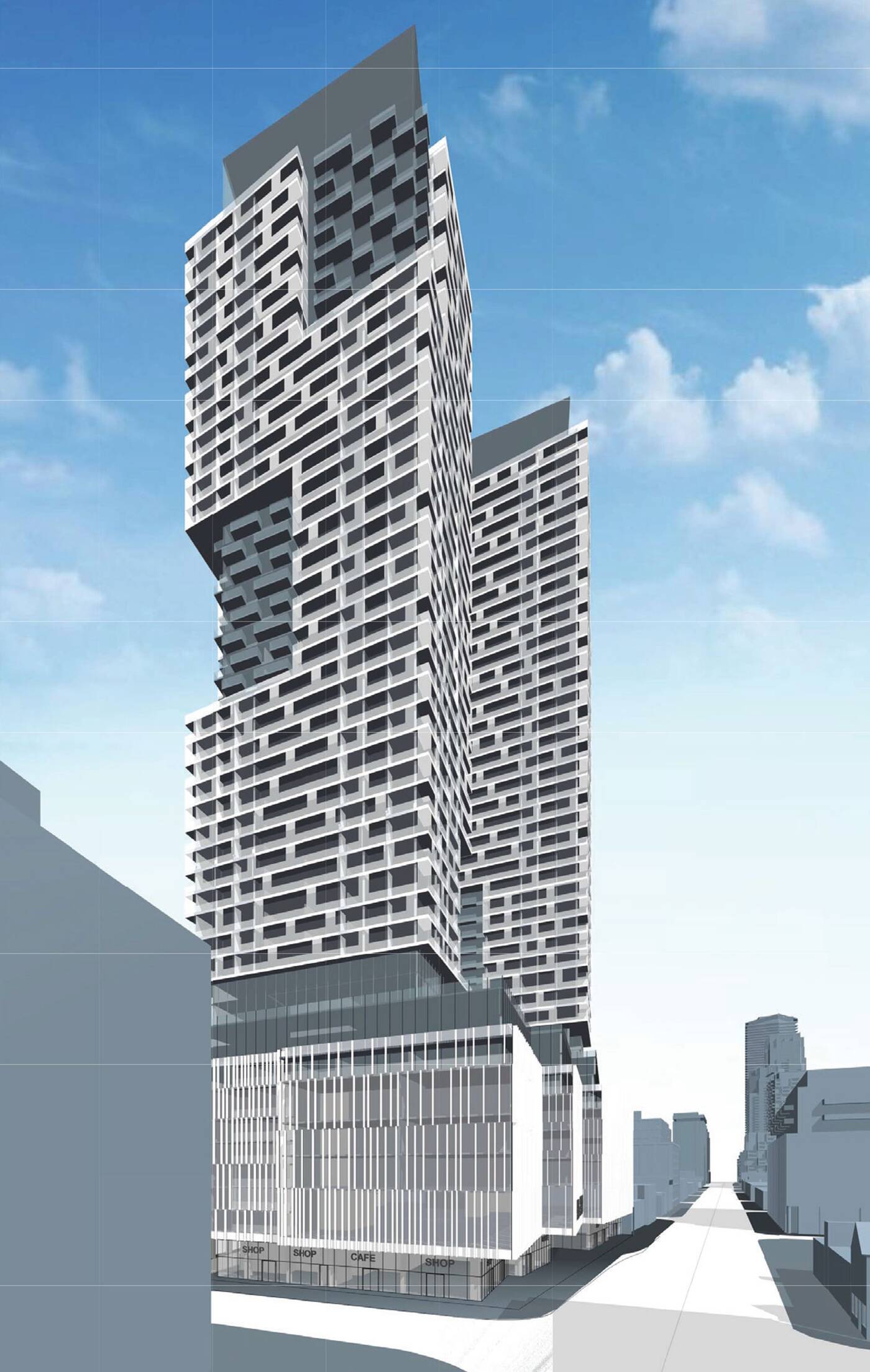 An existing connection to Davisville Station's northbound platform would live on through the redevelopment, with the proposal planning to retain the underground access through the parking garage's P2 level.

Such a big ask has raised the eyebrows of local Ward 12 Councillor Josh Matlow, who tells blogTO that he thinks the development proposal is "excessive." 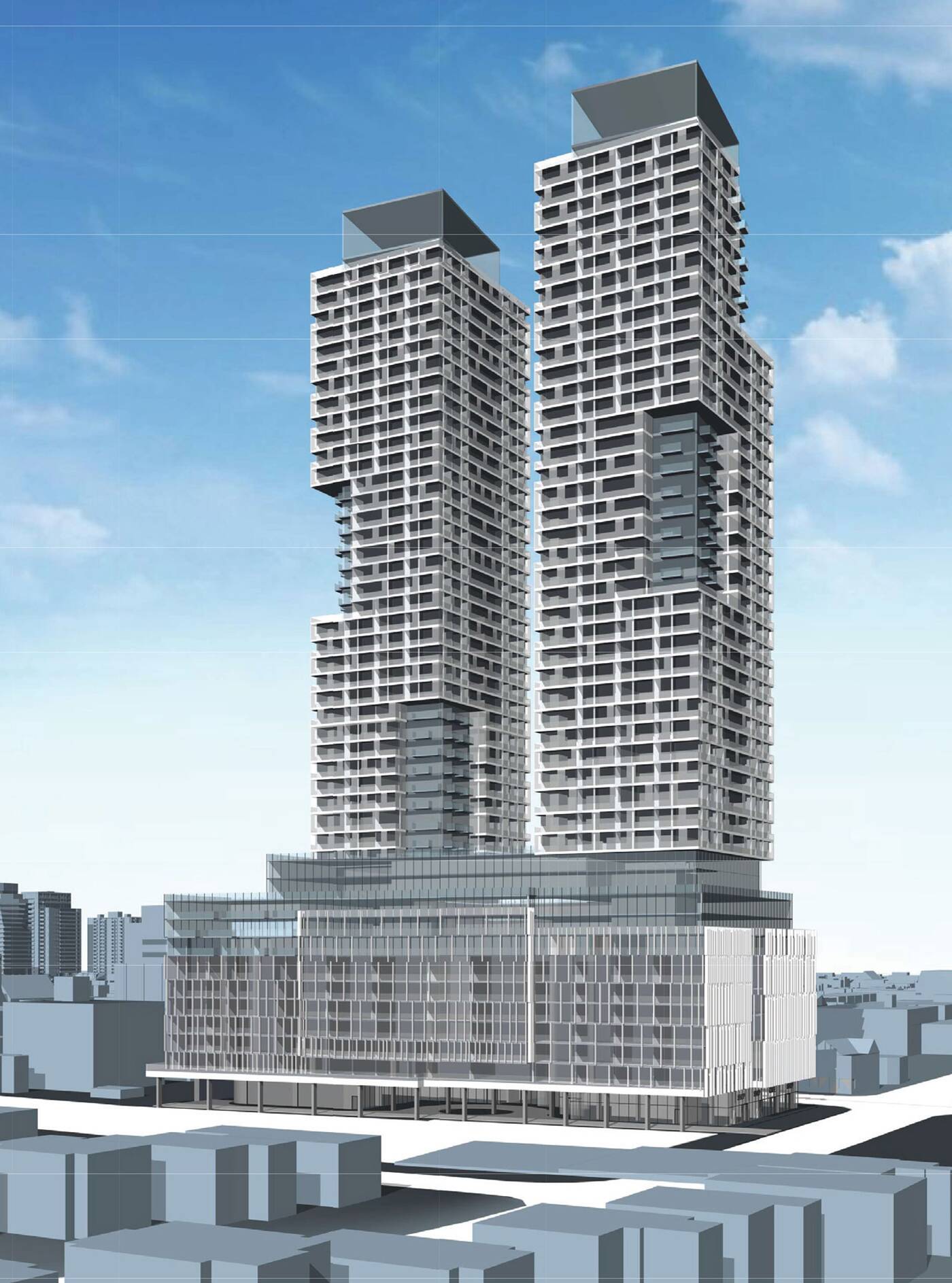 Matlow goes on to state that the plan "ignores the City's official plan and the developer didn't even bother to contact my office or speak with our community before submitting their application. I suspect they rushed getting it before our inclusionary zoning policy was approved so they wouldn't have to build affordable homes."