Toronto wants to build a new park atop a subway trench

With increasing urban density comes the need for city planners to get creative with their uses of space — and Toronto's are doing a fine job of the task this time around.

A feasability study is currently underway for a project that would turn the space above an open subway trench between Eglinton and Davisville stations into a new linear green space for Toronto's park-starved Yonge-Eglinton neighbourhood.

Should things go as planned for city staff, the trench would be decked over for a stretch of more than half-a-kilometre.

"We would love to see this happen," said City Councillor Jaye Robinson to CBC Toronto this week when asked about the plan. "It helps us secure the tracks and secure the subway and ... it adds a linear park to an area that desperately needs it."

Whether or not it will happen in light of the Ontario government's recently-unveiled transit plans for Toronto remains to be seen. 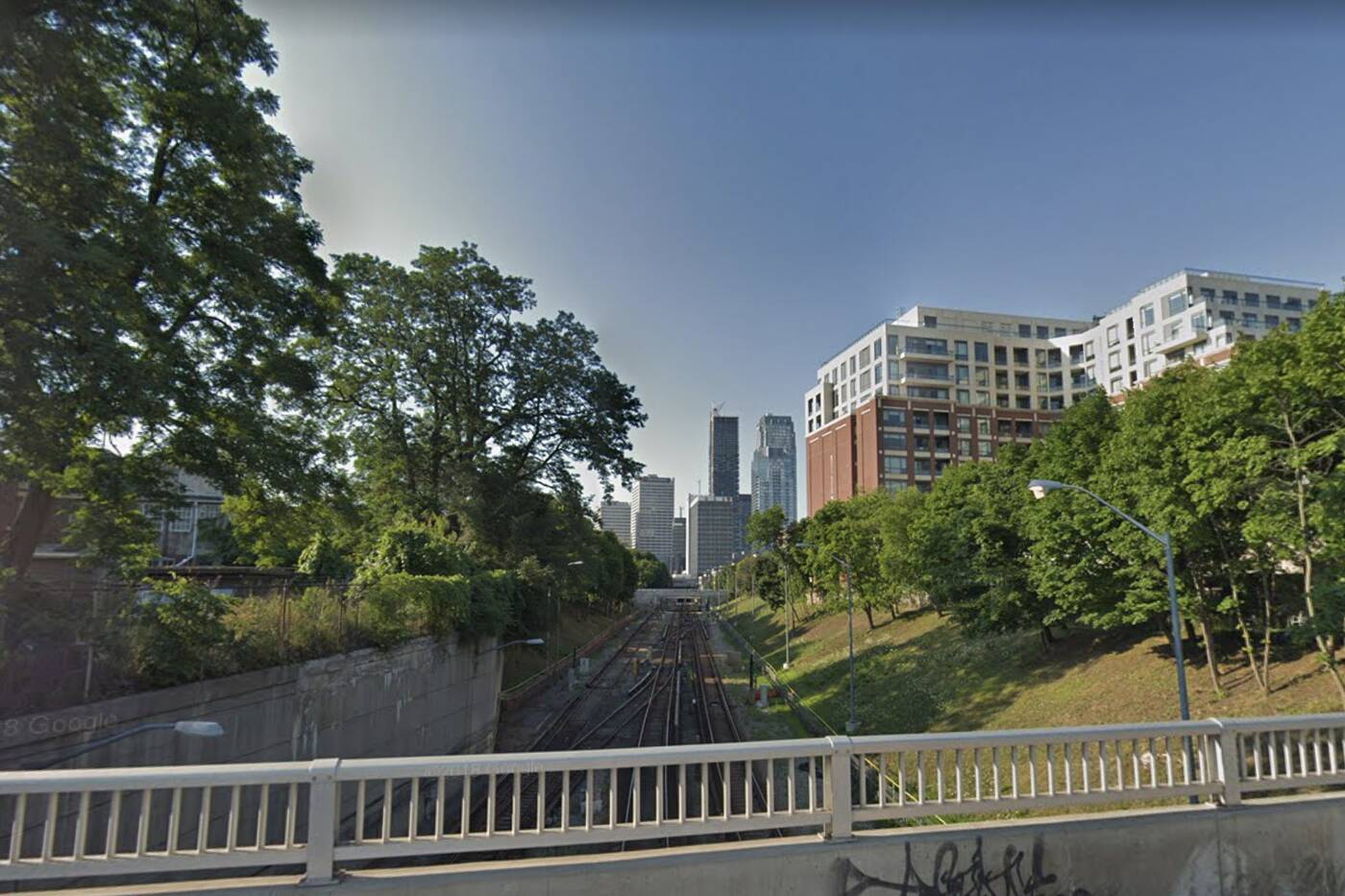 City Staff are investigating the possibility of decking over a portion of the subway trench running next to Yonge Street through midtown Toronto. Photo via Google Maps.

Premier Doug Ford has repeatedly stated his intentions of taking over the city's subway infrastructure, to the chagrin of many, but details surrounding the proposed "upload" have yet to confirmed.

City staff told CBC that, while a study is underway, the Ontario government would need to provide clearer plans to the city before it could decide upon whether or not to deck over the trench.

"Given the location and configuration between existing buildings, there are limited uses for this land," it continues.

"However, decking over the trench to build a linear park would increase park space in Midtown and provide a new active transportation connection between Davisville and Yonge-Eglinton Centre."