Move over Rail Deck Park, as midtown Toronto could soon have its own answer to the contested plan to deck over prime rail lands for public use.

The City of Toronto is exploring plans that would create a new signature park at Yonge and Davisville, part of a vision to redevelop the lands surrounding the TTC Headquarters building at 1900 Yonge.

Similar to the stalled Rail Deck Park proposal several kilometres to the south, it intends to give land back to the public by decking over the vast Davisville subway yard.

Details about the plan were revealed in a presentation from the city's real estate agency, CreateTO, during a consultation meeting on Thursday.

The park, described by CreateTO as a "multi-functional signature" space for the neighbourhood, would only measure a minimum of one hectare, or about one eighth the size of the original Rail Deck Park proposal for downtown, but it would serve a very similar purpose, bridging gaps in the urban fabric by utilizing air rights above rail infrastructure.

Councillor Josh Matlow tells blogTO that "We have a historic opportunity to deck over the Davisville subway tracks, improve the TTC work yard, and expand Oriole Park, beautify nearby streetscape, provide affordable rental housing, social services, cultural and recreational opportunities in order to support our quality of life in Midtown."

The TTC Headquarters, known as the William McBrien Building, is among a handful of sites identified in 2019 by the city as a target for consolidation into more modern buildings. The aging 1958-built offices were described by former TTC Chair Josh Colle as a "hellhole" with "deplorable" working conditions back in 2015. 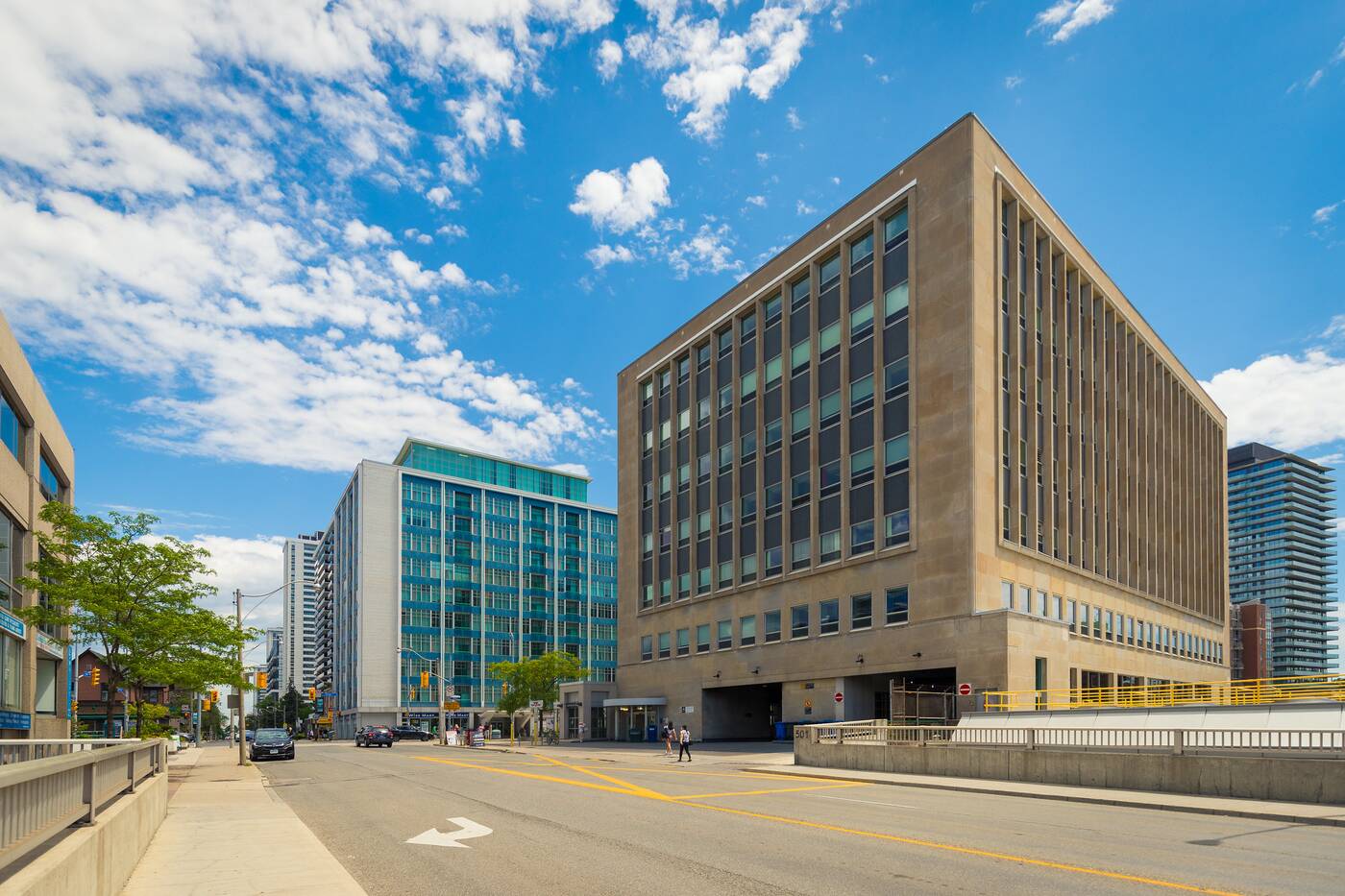 The existing William McBrien Building at 1900 Yonge Street. Photo by A Great Capture.

But like Rail Deck Park, there are obstacles that will take some time to overcome. CreateTO stated in a February 2022 report that "the timing of the real estate opportunity is being delayed due to other significant infrastructure projects currently being undertaken or under review including local master plans and transit operational needs impacting 1900 Yonge Street."

Given these delays, the TTC isn't expected to move from its current headquarters until 2025, with control operations to continue at 1900 Yonge for another three years after the office drones move on to new digs.

But that doesn't mean the end of the William McBrien Building, which is expected to be preserved, at the very least in facade form, and incorporated into whatever development is eventually built on the site.