Though the people of Toronto tried to save Rail Deck Park, an epic aerial park that would have served as a super-massive and highly unique eight hectares of green space with a killer view, the city's ambitious plans were nixed in favour of condos, just like everything else we love.

Though the companies behind the forthcoming community at 433 Front St. W are vowing to keep some park space as part of the mixed-use development, the parcel of property — the airpsace above the Union Station rail corridor from west of Spadina to Blue Jays Way, south of Front — will also be home to nearly 6,000 residential units, a hotel, and 118,000 square feet of streetside retail across 11 towers.

A park of some sort will indeed be nestled between the buildings on the site, which will hover over active rail lines leading into and out of the city from Union. But, it could end up being very meagre and anticlimactic compared to what was originally planned. 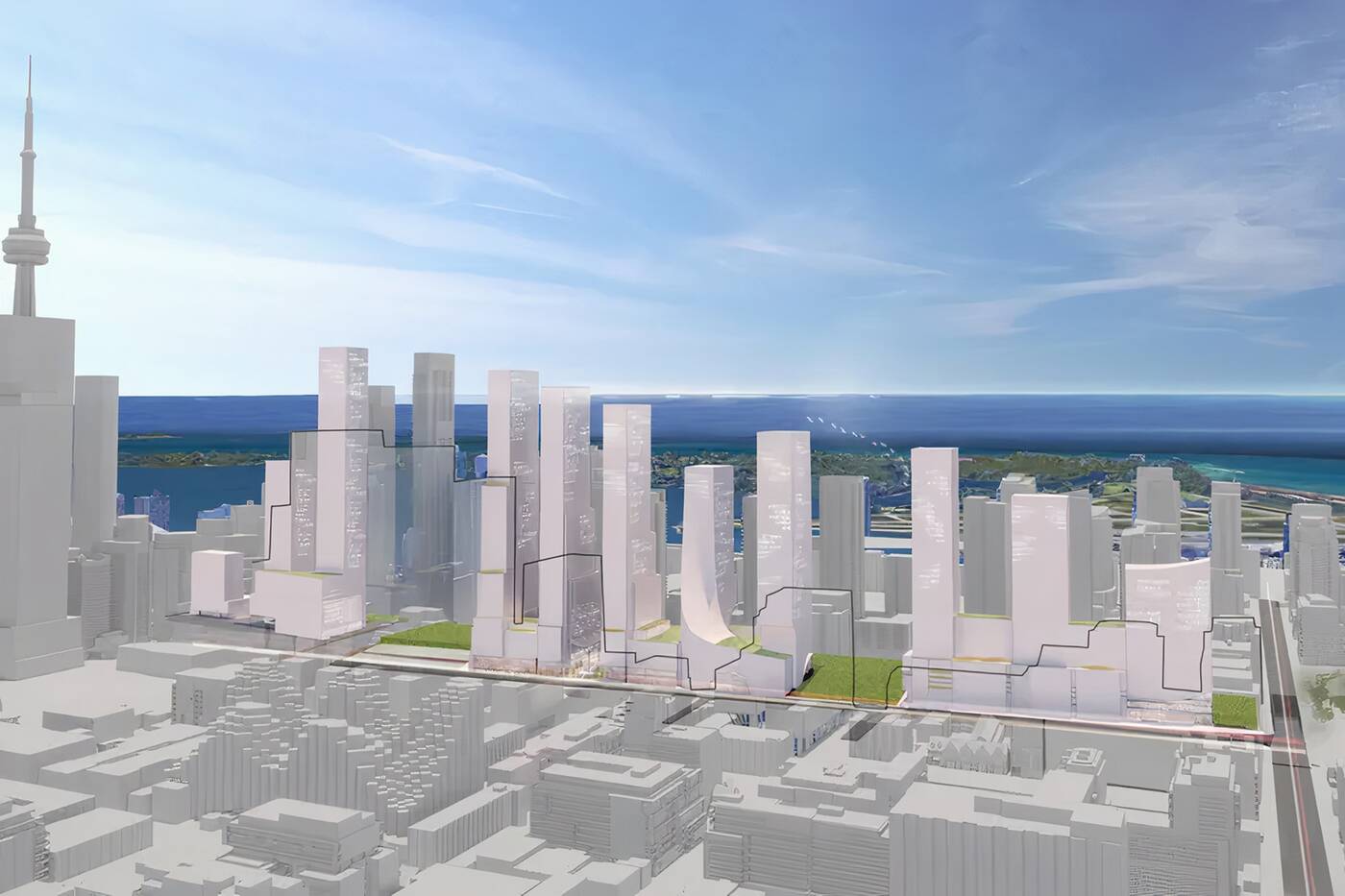 The latest renderings for the site, though simplistic, reflect an updated plan. Courtesy of Sweeny&Co Architects via the Globe & Mail

As representatives from the lead architect on the project told the Globe on Monday, the developers — CRAFT Development Corporation, the Kingsmen Group and their financial backers — are also willing to further negotiate with the city on the green space, and have updated their application for the site accordingly.

This "further negotiation" would mean potentially expanding the green space, which would be owned by CRAFT but open to the public, at a cost to the city. At best, and for a price tag of around $670-million, the park could be just over half of the previously suggested size, for what was to be Toronto's version of Central Park or the High Line in New York City. 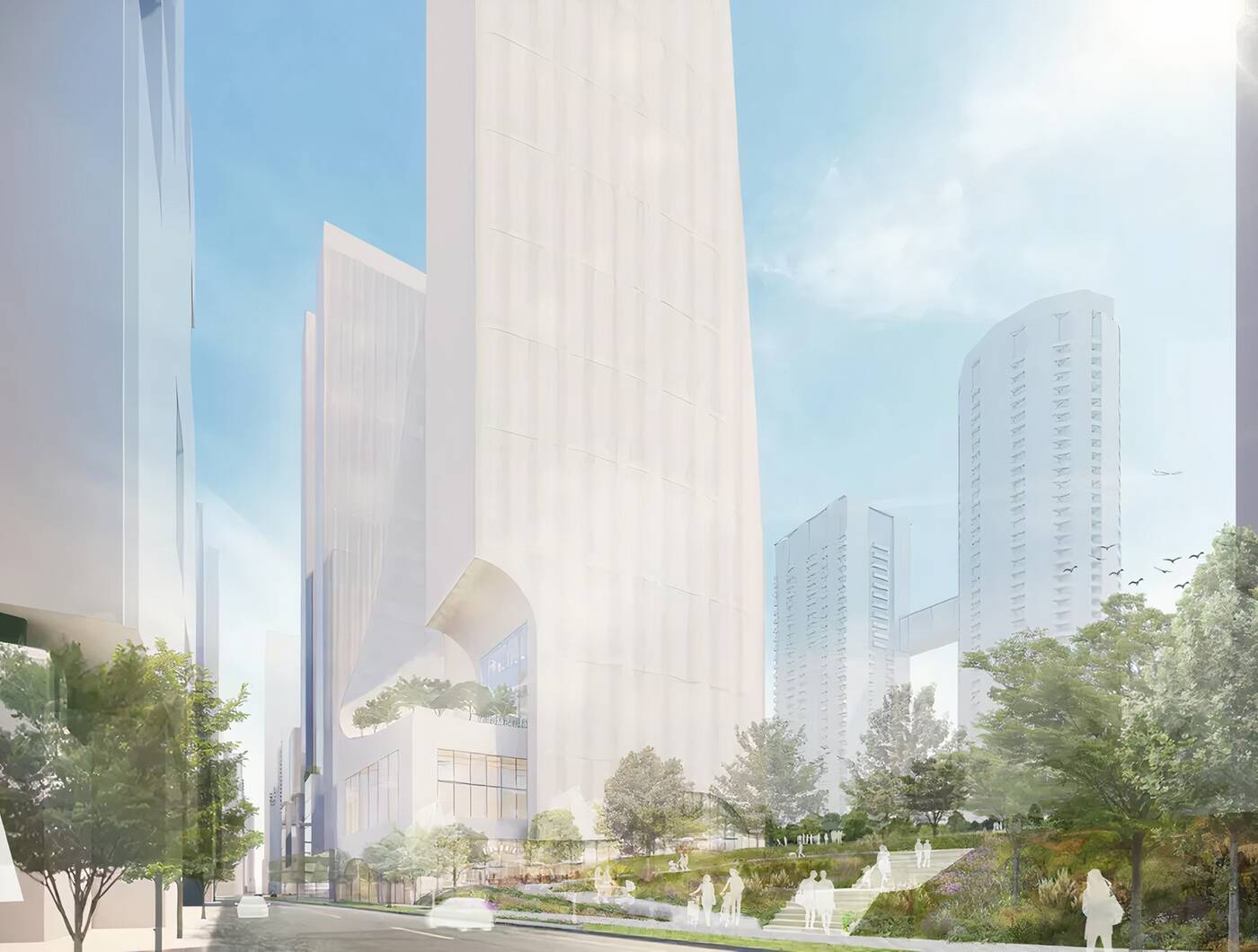 The 11 towers will provide 5,750 residential units, 118,000 square feet of retail and a hotel, making for a massive development. Rendering courtesy of Sweeny&Co Architects via the Globe & Mail.

Though the new renderings for the project are rudimentary, it's easy to see that the latest plans in the application differ vastly from previous iterations of the new neighbourhood.

It will be interesting to see more details of the reimagined proposal emerge over time, and how the fate of the much-needed green space will pan out.