Progress always comes at a cost, and in condo-thirsty Toronto, lower-density homes and businesses near transit are a prime target for developers looking to cash in on an unquenchable demand for housing.

Midtown Toronto's skyline is a constant ballet of cranes, and more of these mechanical dancers could be coming soon to a growing pocket of residential density southeast of the Yonge and Davisville intersection.

Joining another recent tall tower recently proposed to the south, the latest application for the Davisville Village area aims to bring a 39-storey condo tower to 45 Balliol Street, east of Yonge and a block south of Davisville. 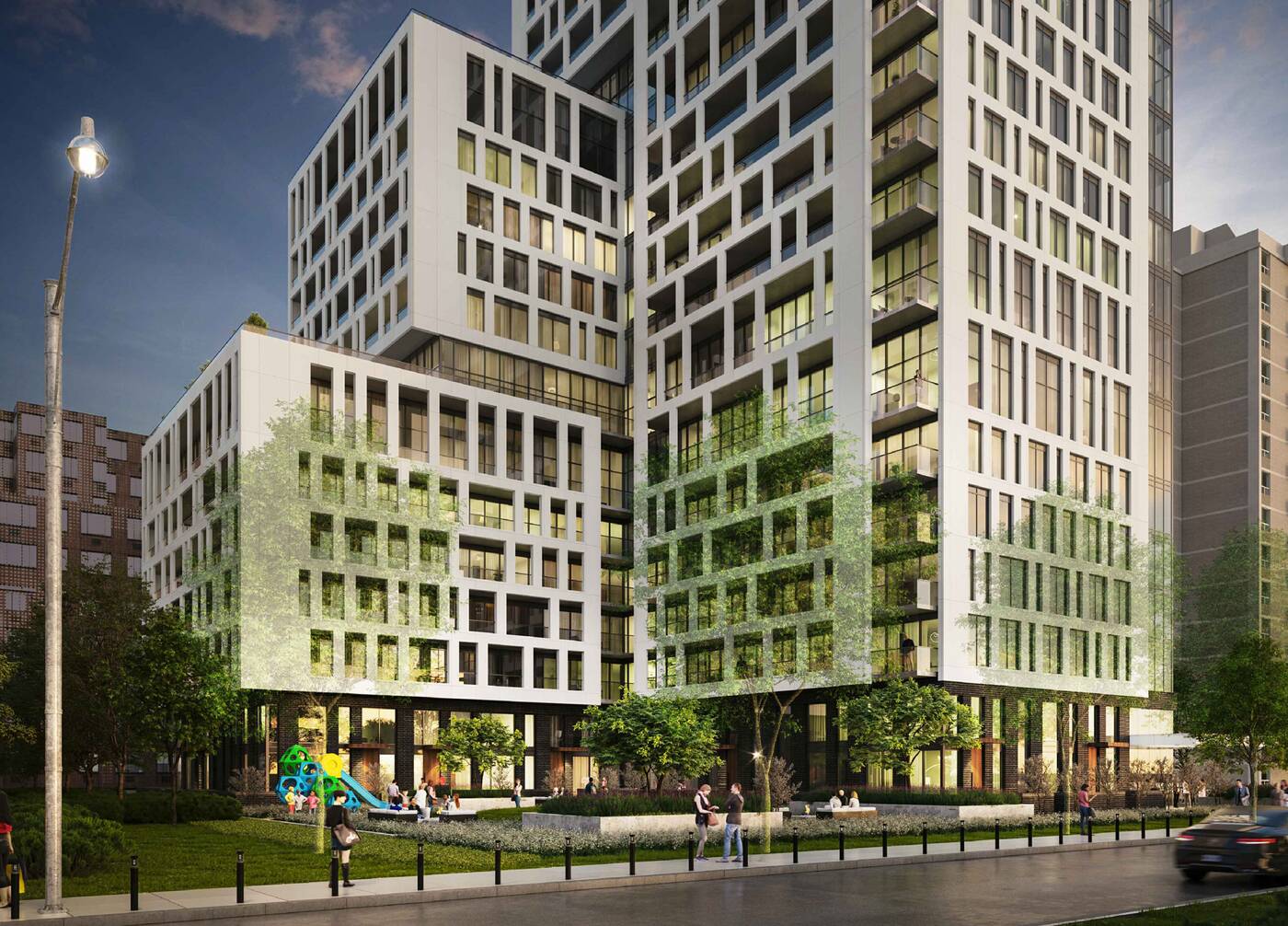 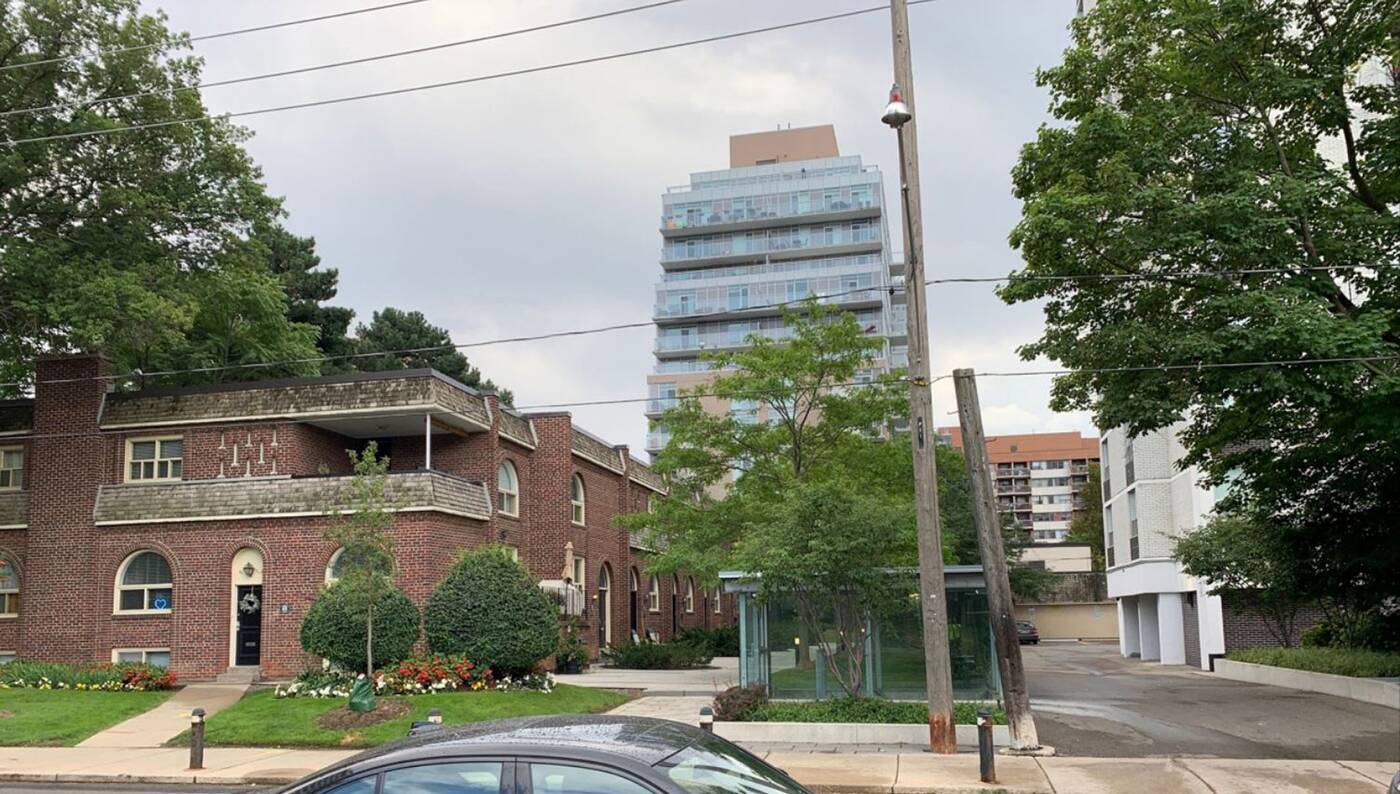 A group of 19 existing townhomes would be town, the units to be replaced by new rentals in the new tower. Rendering by Core Architects.

Documents describe the proposal as "clad in multiple white precast panels which create a series of frames which 'float' over the inner core of the building which is rendered glass with dark coloured aluminum frames."

The building would include 488 new condos and 19 rental replacement units, broken down into a mix of 266 one-bedrooms, 189 two-bedrooms, and 52 three-bedroom units. 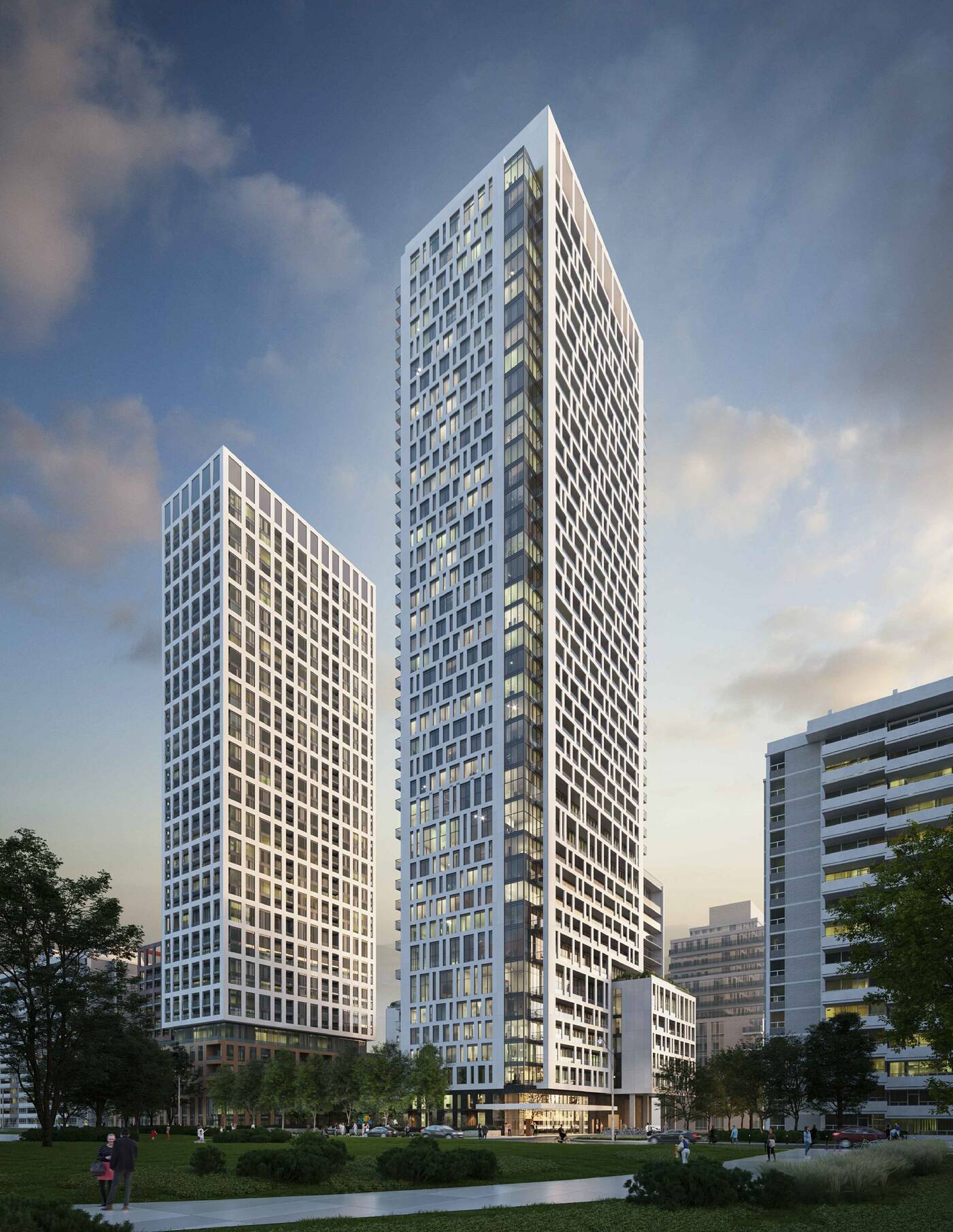 The new tower would feature patterned facades, adding a distinct look to the area skyline. Rendering by Core Architects.

And while area residents may be quick to complain about hundreds of new condos going up on their block, the project, if approved, would bring a 435 square metre on-site public parkland dedication in the form of a linear strip at the east edge of the site.

This public park would be directly next to a private amenity with a playground and outdoor seating for residents of the condos.

This is not the only example of height coming to this block, with plans recently settled at the Ontario Land Tribunal to allow a 37-storey tower on the property immediately to the east.

Over a dozen towers are planned in the blocks surrounding 45 Balliol, this area of the city primed to look almost unrecognizable in the decades to come.