More condos coming to one of Toronto's most condo-packed neighbourhoods

The skyline of Midtown Toronto is dotted with cranes as the area's condo-ification rages on and just keeps on packing those units in.

And if you're an area resident tired of all the noisy construction and rising home prices, it's only going to get worse with even bigger, taller projects in the works.

One of the latest in a never-ending string of condo proposals, a new application aims to bring a new tower to the blocks just east of Davisville subway station within the Davisville Village area.

The former, constructed in 1962, is considered a great local example of mid-century Modernist architecture, though it currently lacks heritage protection. 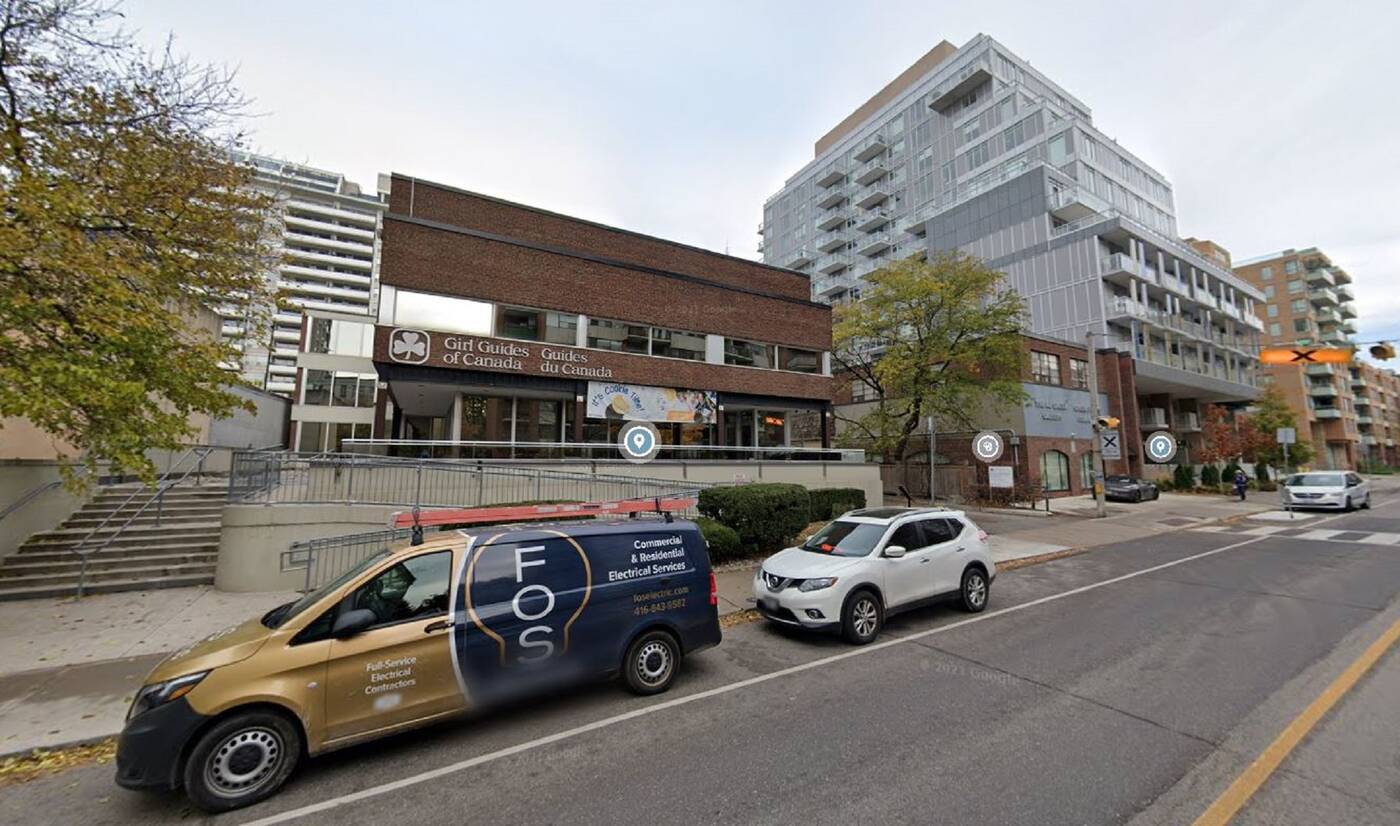 The existing buildings at 50 and 65 Merton Street would be demolished to make way for the new tower. Photo via Google Street View.

In their place, the new condo tower would rise 39 storeys to a height of almost 134 metres, much taller than anything that exists on the block today, while also topping the 37-storey tower proposed immediately next door to the west at 30 Merton. If approved, this would easily be the tallest building on Merton Street. 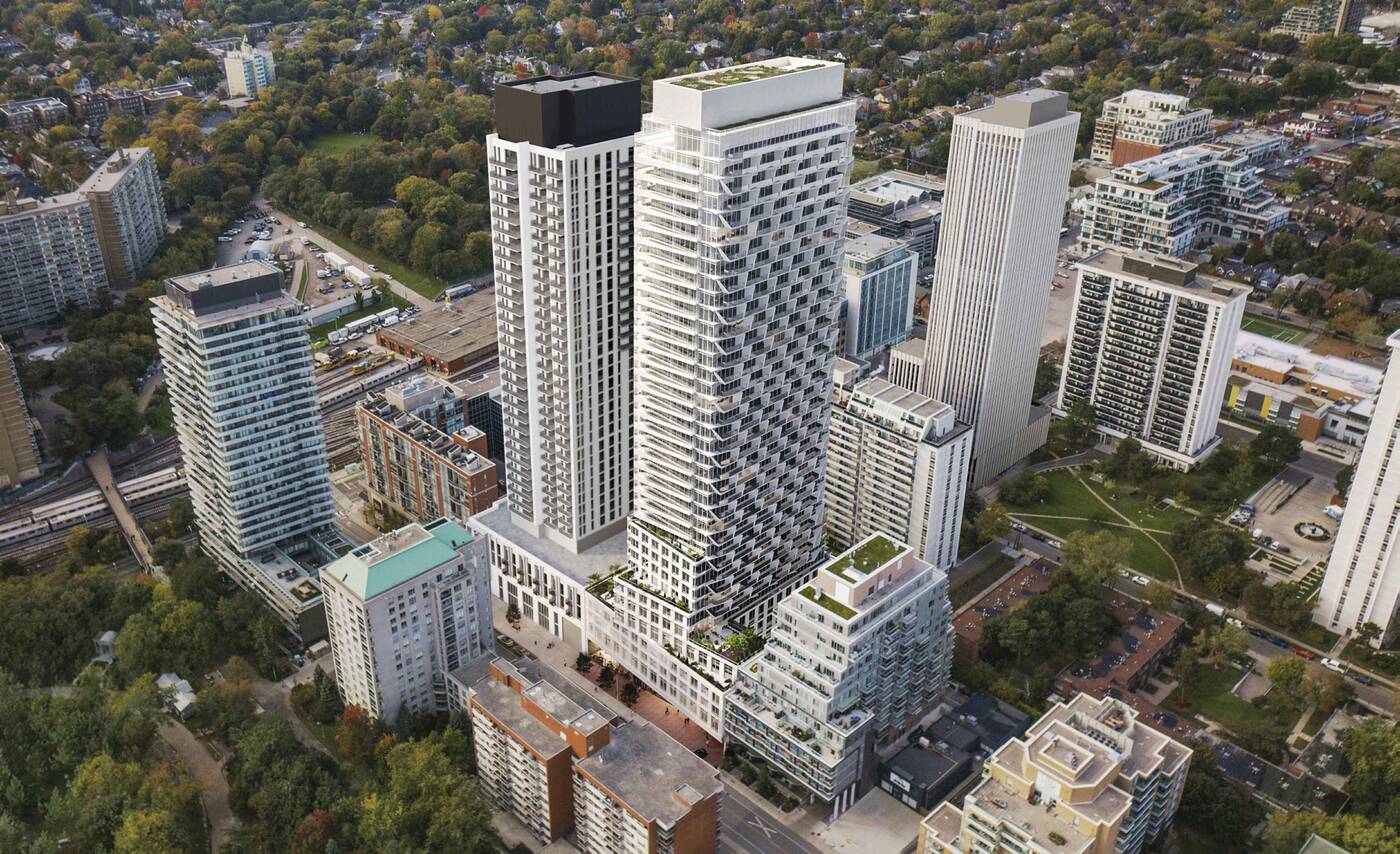 The proposal rises even taller than the planned tower next door at 30 Merton. Rendering by Hariri Pontarini Architects.

The project would meet the street with a podium overhanging a widened public realm, and containing 2,342 square metres of office space on the ground and second floors. The base would be shared with a residential lobby serving the condo units above. 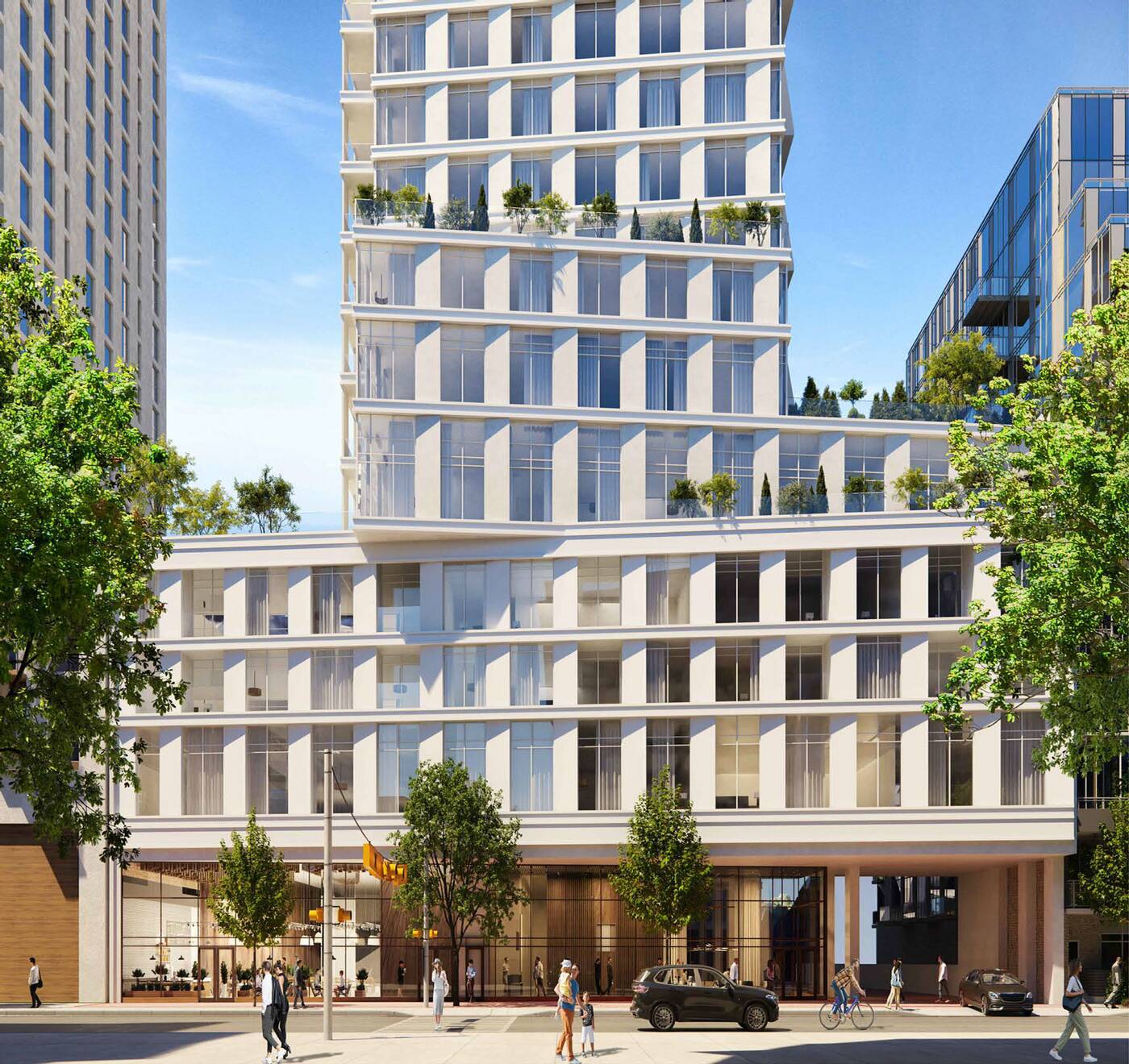 Facing north across Merton to the building's base containing a lobby and office space. Rendering by Hariri Pontarini Architects.

The driving force behind the proposal, a total of 442 condominium units are planned in a mix of 267 one-bedrooms, 133 two-bedrooms, and 43 three-bedroom units.

Clearly, the unit breakdown favours condo investors who would purchase and rent out one-bedroom units, though there are also a decent number of family-sized condos planned.

Locals will still have the chance to be heard, with the project expected to enter into the community consultation phase in the coming months.