It's only been a few weeks since a developer pitched plans to preserve a ridiculously thin sliver of a midtown Toronto office building to build, you guessed it, condos. If that wasn't enough, the very same developer is now back with new plans to tear down another Yonge Street office building just steps away to make way for two more towers.

Developer RioCan REIT has proposed to replace 2345 Yonge Street — home to a Shoppers Drug Mart along the Yonge frontage and a ten-storey office building set back to the east —with a mixed-use development containing office space, rental units, and of course, the financial incentive to build anything, condos. 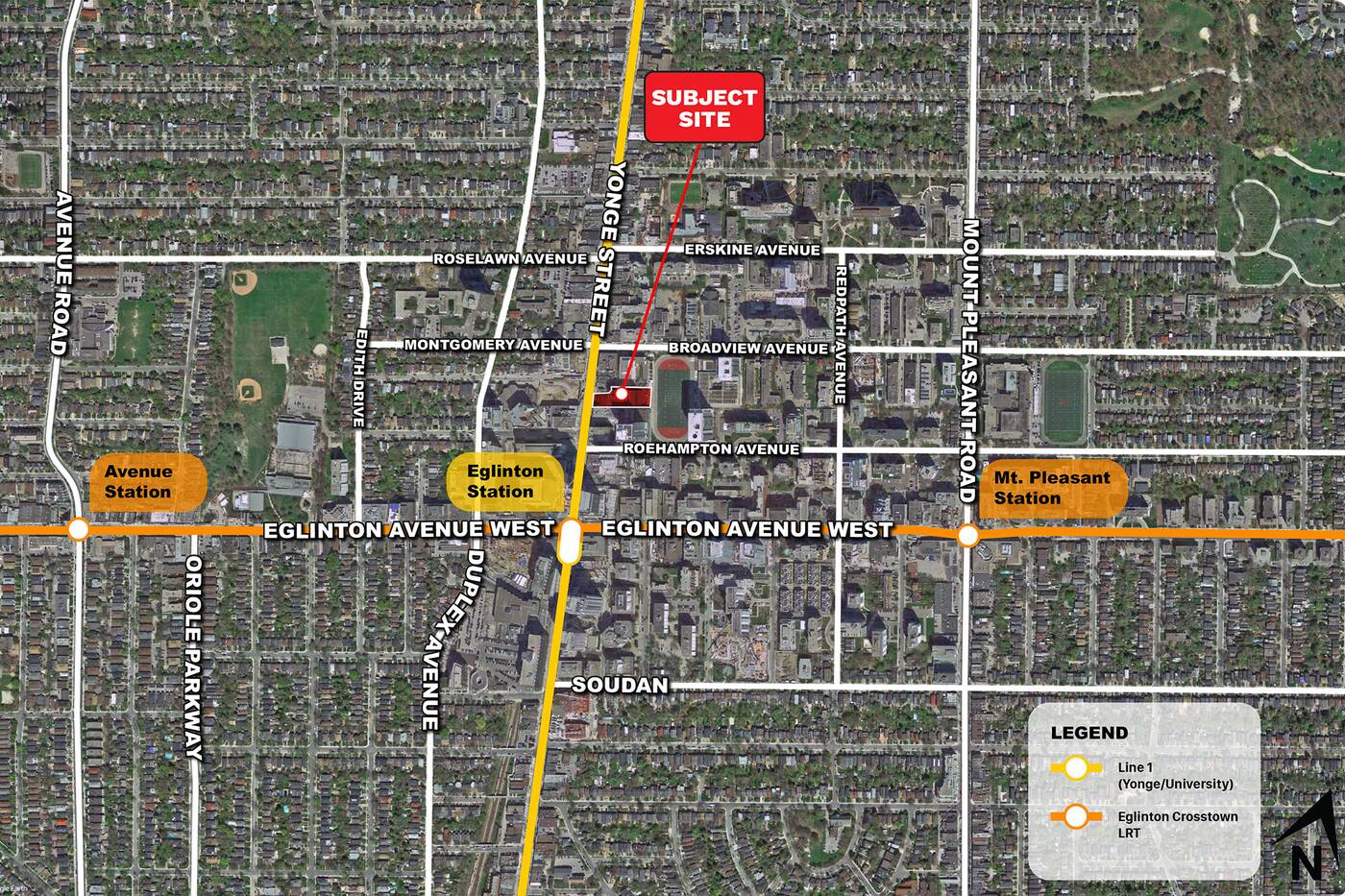 Site of 2345 Yonge Street within the Yonge and Eglinton neighbourhood, including current and future transit connections.

RioCan has signed on architects DIALOG to design the complex in a similar style as what's proposed at 2323 Yonge Street a few doors to the south, adding two more towers to what is already shaping up to be a densely built-out block. 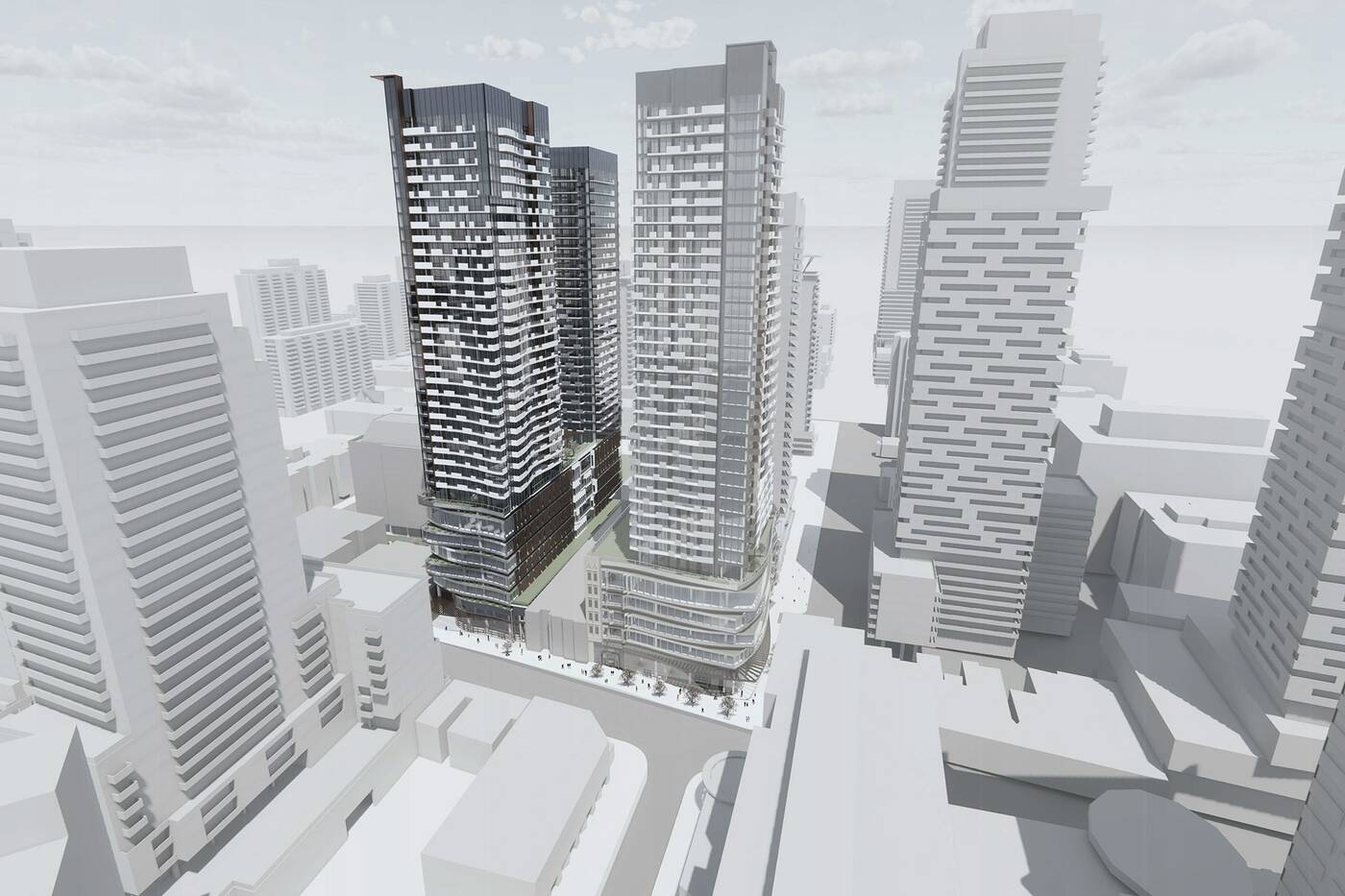 Rendering facing east to 2345 Yonge Street with the recent 2323 Yonge proposal greyed out in the centre.

Midtown's high-rise canyon would grow with the complex adding a 36-storey tower rising 130.2 metres above Yonge Street and a 34-storey building to the east looming 123.7 metres above North Toronto Collegiate Institute’s football field.

The complex's base would house retail and a pretty significant amount of office space, though the 11,700 square metres of commercial floor area is still a drop from what exists within the current office building on site.

One standout feature of the complex's base is a "central oculus" that will draw eyes upward as pedestrians pass through a proposed L-shaped mid-block connection between Yonge Street and Broadway Avenue. 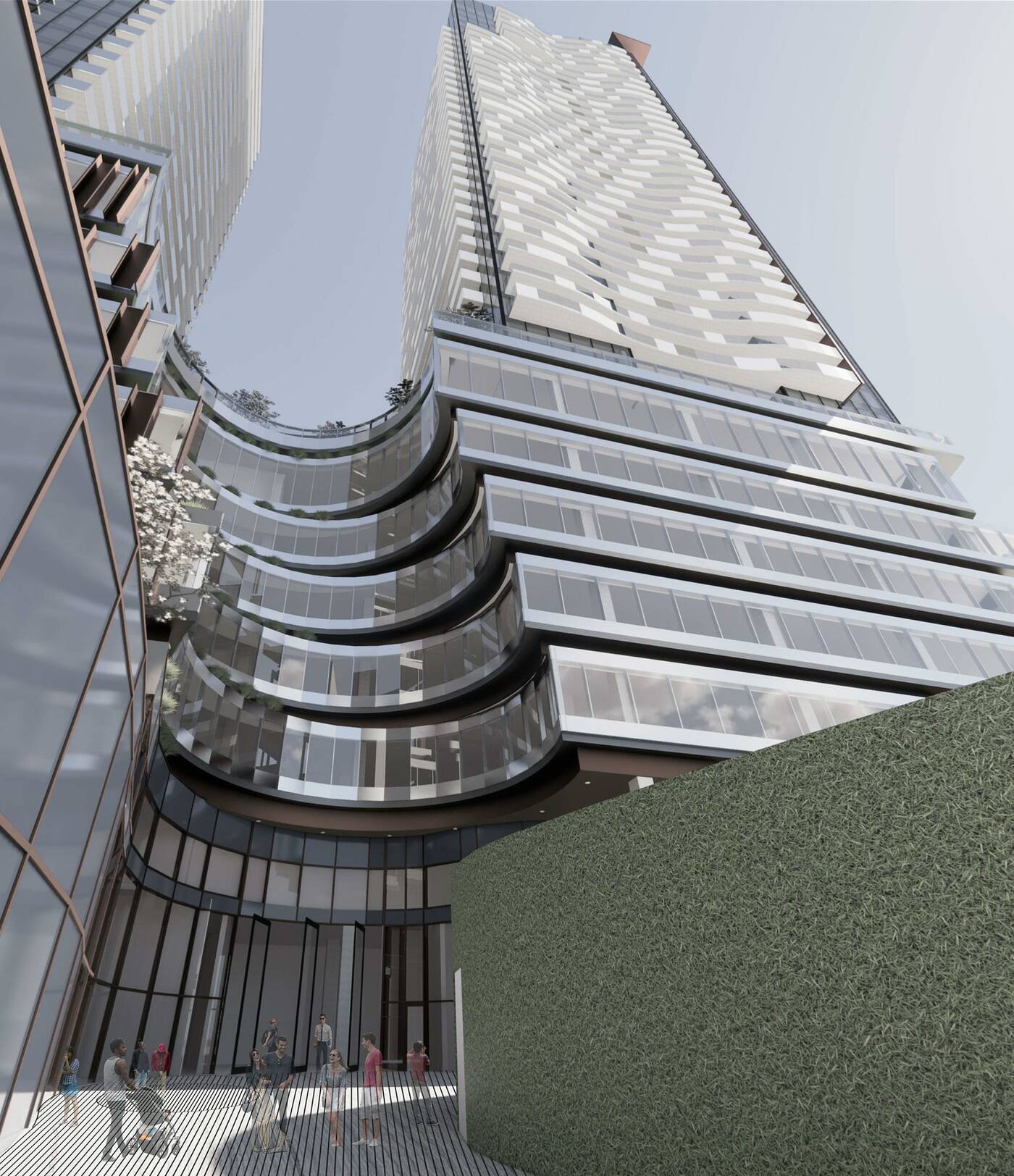 The central oculus at 2345 Yonge Street.

A cool addition to the area if you can stomach all the added residents and traffic that would come with it as part of the deal.

After the seventh floor, the complex features an amenity floor for residents, before breaking off into the two individual towers above. These towers are proposed to house 336 condominium units and 312 rental units.

While the near-even ratio of rental to condo units should be enough to quell some of the inevitable outrage in the neighbourhood, it's worth noting that the plan proposes to really pack in the units.

In fact, the vast majority of the combined 648 units — 450 or just over 69 per cent of the total — are studios and one-bedrooms, allowing more units to be squeezed in (and money to be squeezed out) but leaving little room for families to move into the complex.

One studio layout planned for the lower floors of the west tower is sized at just 400 square feet, and appears to face directly towards the east tower with little in the way of views.

Still, even with smaller layouts, if you build it, they (condo speculators and investors) will come.

DIALOG via submission to City of Toronto