It's getting crazy dense in Midtown Toronto's Yonge and Eglinton area, and another high-rise residential building could soon be packed into the bursting-at-the-seams neighbourhood, with a surprising facade incorporation at its base.

The latest plans revealed earlier this summer are an update to a June 2020 proposal to redevelop an eight-storey office building at 2323 Yonge Street, which initially called for the distinctive 1970-built structure to be razed and replaced with a 37-storey rental apartment tower.

In the more than one year since first proposed, architects DIALOG and developer RioCan REIT have worked through consultations with city staff to refine the project, a staff report from August 2020 mentioning that the building's heritage value was flagged as a concern early on.

The project team has responded to this feedback, resulting in a bizarre plan that would save just a mere sliver of what currently stands. 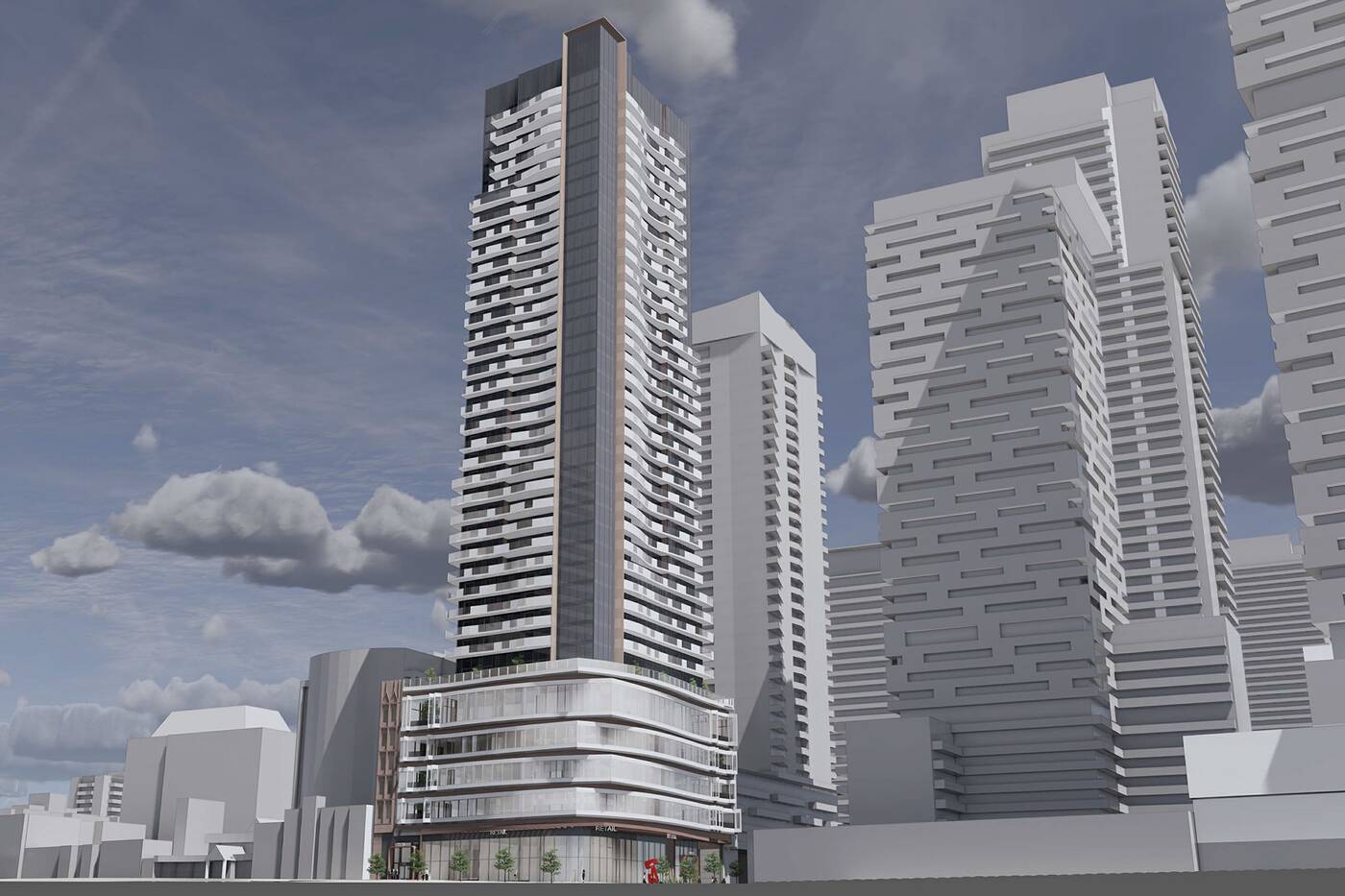 Looking southeast to 2323 Yonge, showing sliver of existing office building that would be reconstructed. Image by DIALOG via submission to City of Toronto.

A section of the building's northwest corner measuring two windows across, two windows deep, and six storeys tall is now planned for the tower's base. This section would cover a blank mechanical shaft with either salvaged or new panels to match the existing building.

Facadism, or facadectomy, is nothing new in the Toronto development scene, though it is a move typically reserved for buildings with heritage protections that can't be demolished in full.

No such protections are in place for this building, with retention plans instead part of a potential development agreement geared towards alleviating the concerns of city staff. 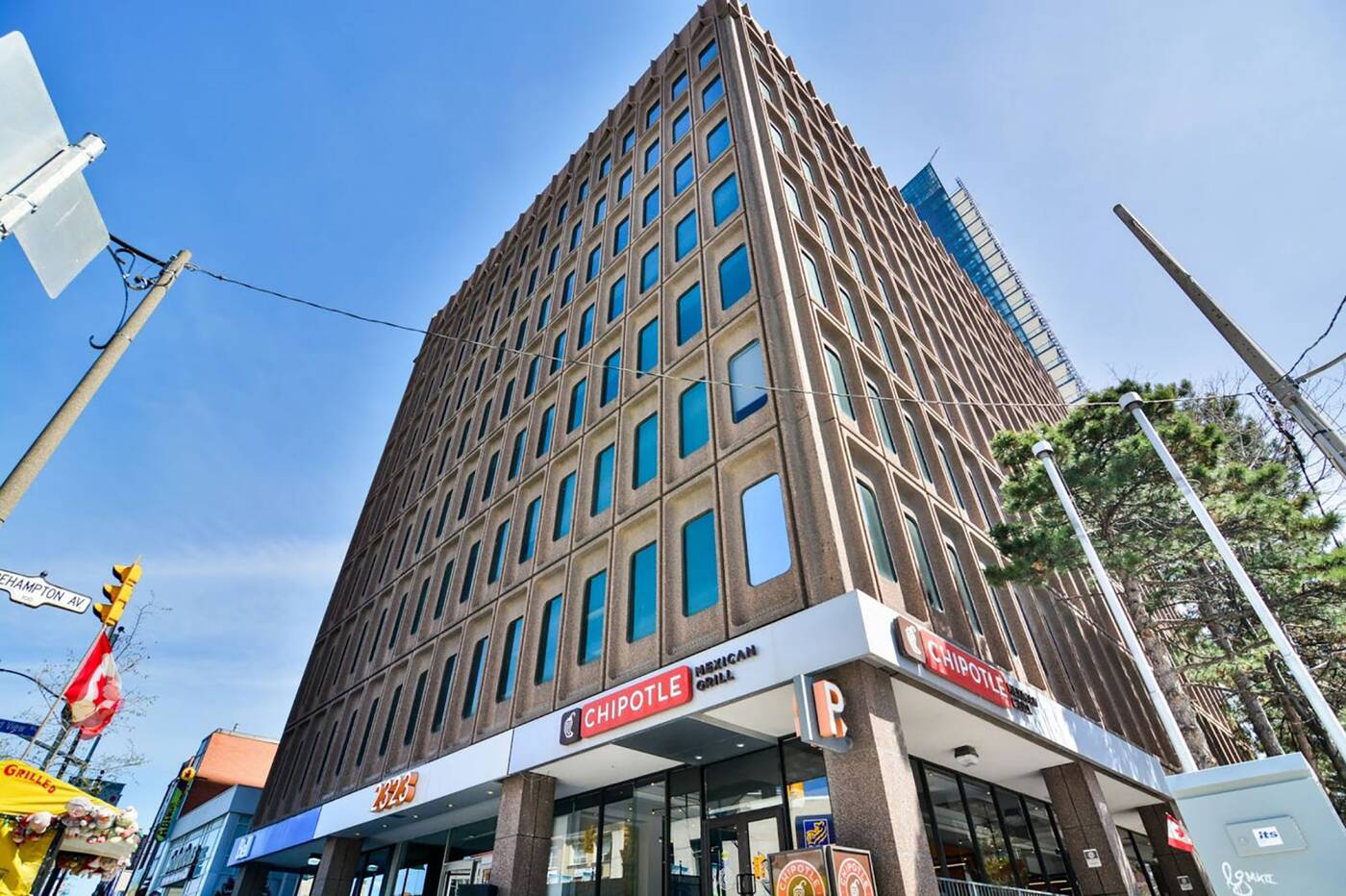 A December 2020 report frames the concerns, stating that "the existing eight-storey office building contains significant design attributes that warrant commemoration within the design of the building or public realm portion of the re-development." 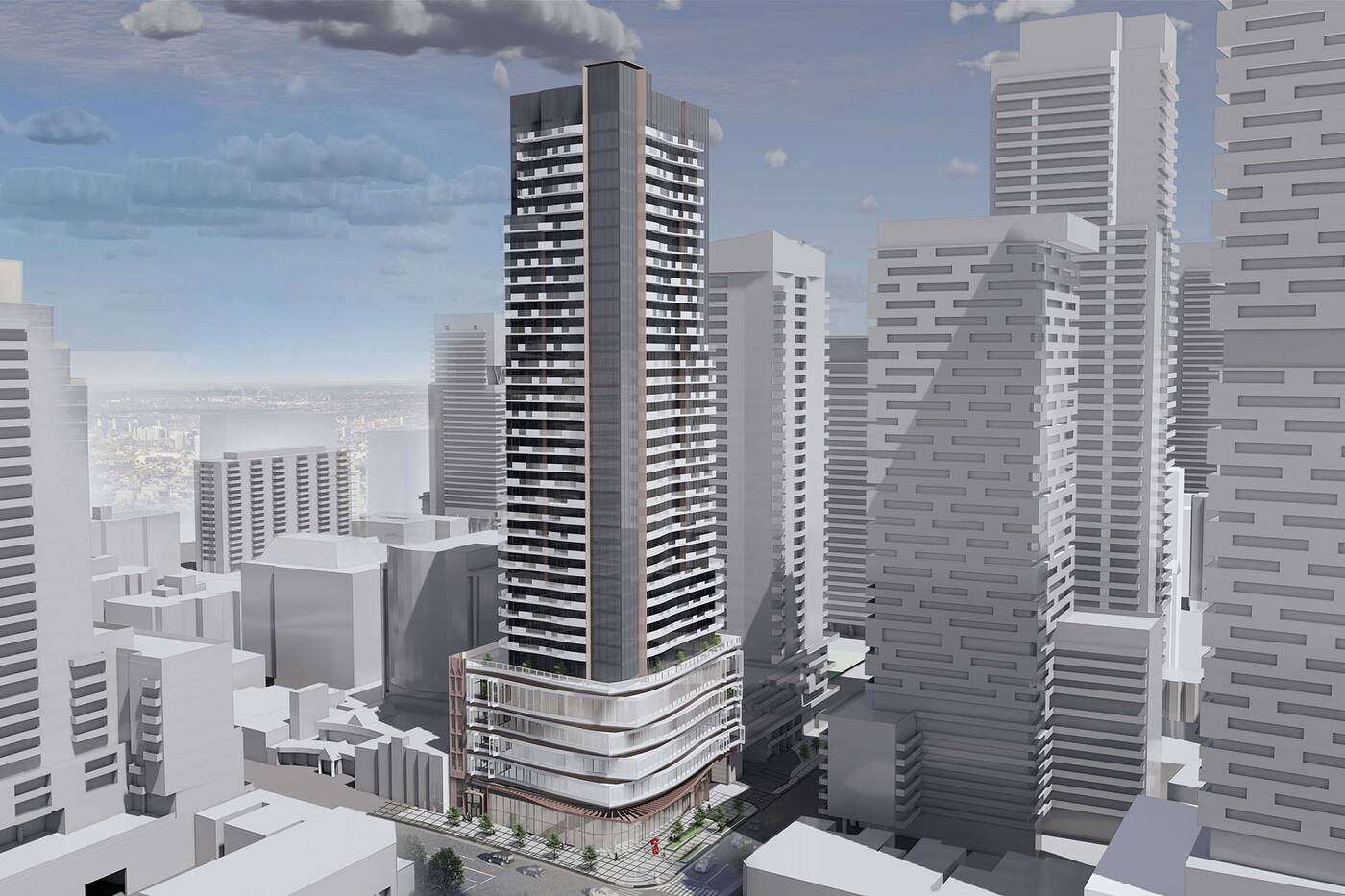 Aerial view looking northeast over proposed tower at 2323 Yonge Street. Image by DIALOG via submission to City of Toronto.

The preserved fraction of 2323 Yonge would certainly be an outlier in the city's collection of retained and rebuilt frontages. Its age and the minimal scale of retention being proposed set it apart from the older, larger facade preservations typical in Toronto.

Aside from the most noticeable change at the base of the tower, other concessions have been made to address community concerns. This includes the lowering of the building's height by reducing the floor-to-floor height of levels. 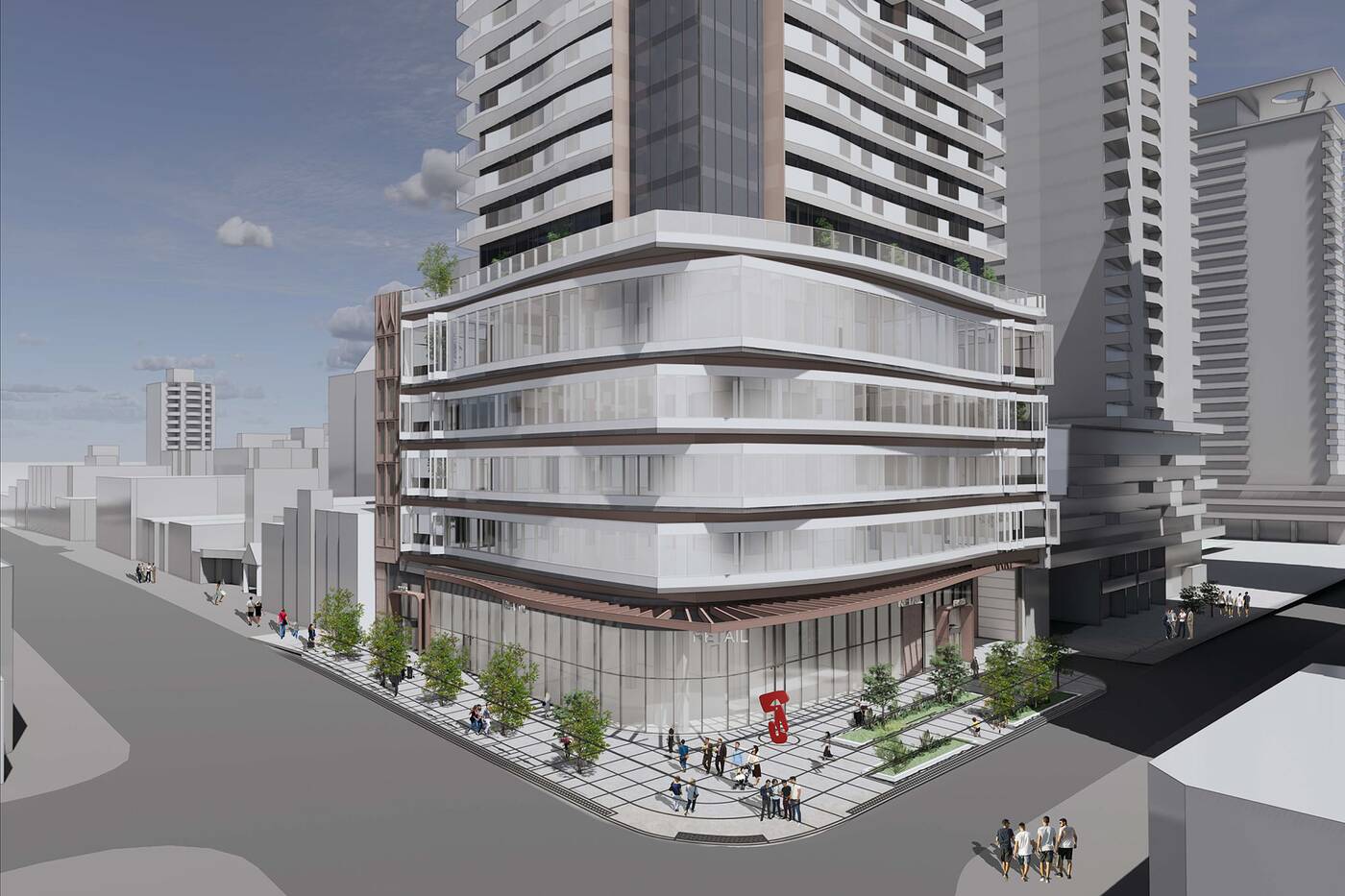 Looking northeast to base of 2323 Yonge Street. Image by DIALOG via submission to City of Toronto.

As with the initial plan, a significant commercial component is proposed to replace office space lost to the planned demolition.

Above, 379 purpose-built rental units are planned — meaning the project will not be adding any condos to an already saturated area. The vast majority of these units are planned in studio (55) and one-bedroom (207) layouts that would limit the building's use by families looking for a new home in the area.

The Yonge-Eglinton area is already showing quite an appetite for new rental towers. The most recent additions to the neighbourhood are close to 2323 Yonge, with The Montgomery Apartments and the E18HTEEN Luxury Rental Apartments both geared towards high-end renters.

The area could soon have yet another high-rise rental join the mix.

DIALOG via submission to City of Toronto