Few people in Toronto can afford to buy a detached home these days, let alone an entire midtown manor — but, for less than the cost of an average condo in this city, you could make your home within the historic and quite stately-looking Governor's Manor.

A new listing went up this week for a unit within the "exclusive, historic Governor's Manor in Leaside/Rosedale," which was built during the roaring 1920s and eventually converted into condominium townhomes.

Designated a heritage property by the Ontario Heritage Act in 1986, the building itself is a treasure, built in the English Tudor style surrounding a spacious courtyard. 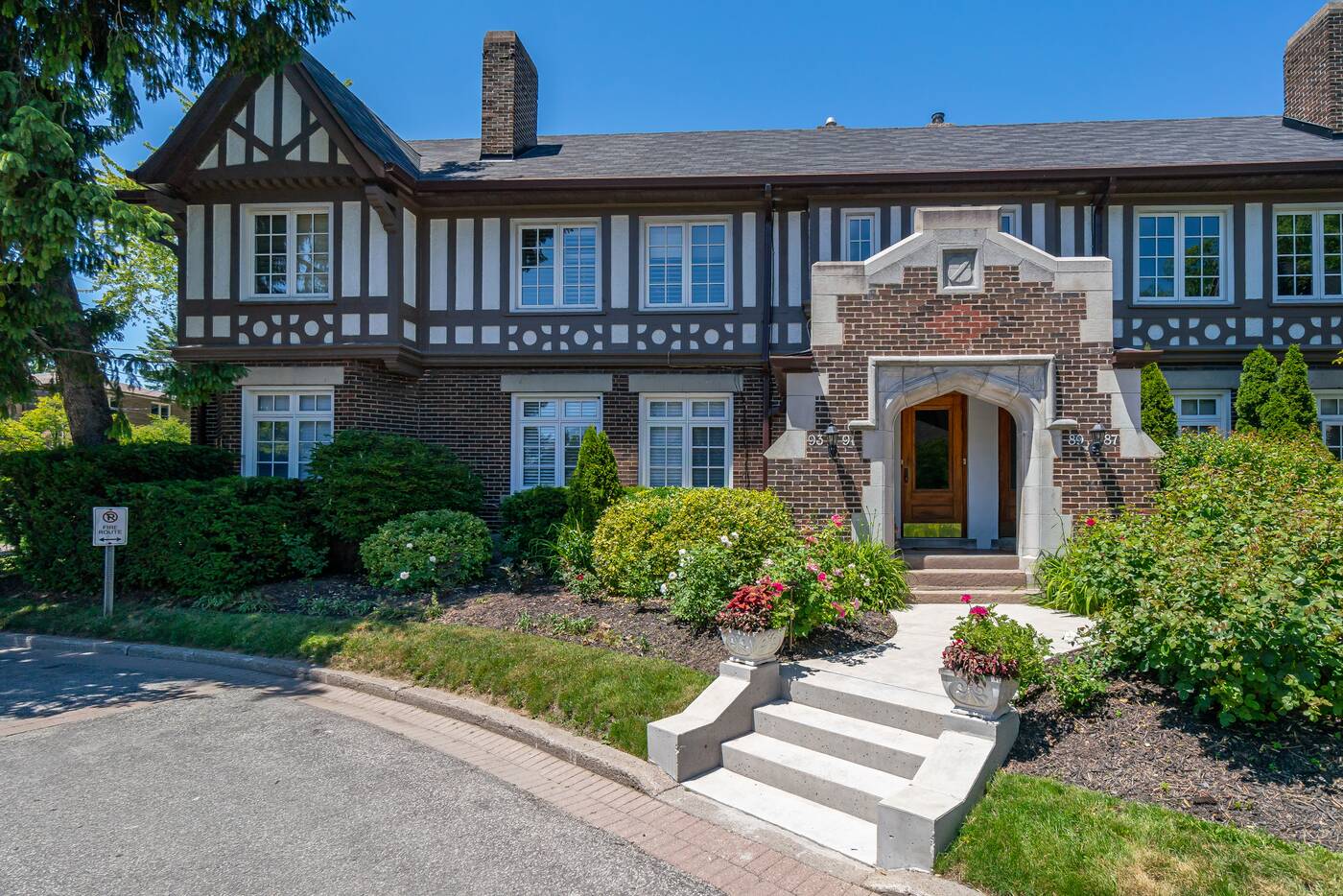 You'll find it at 67-93 Douglas Crescent, just northeast of Rosedale in the Governor's Bridge neighbourhood (yes, there's a bridge in the hood. A historic one!)

According to author Alan Redway in the book East York 1924-1997: Toronto's Garden of Eden, the property was designed by Enstace G. Bird and made it into the heritage registry for architectural reasons.

"The two storey main and flanking wings were built in 1926 in the sixteenth century Tudor style to surround a spacious courtyard," writes Redway. "The courtyard and distinctive brick and half-timbered facades facing the courtyard comprise a unique example of a Tudor form of architecture in the area." 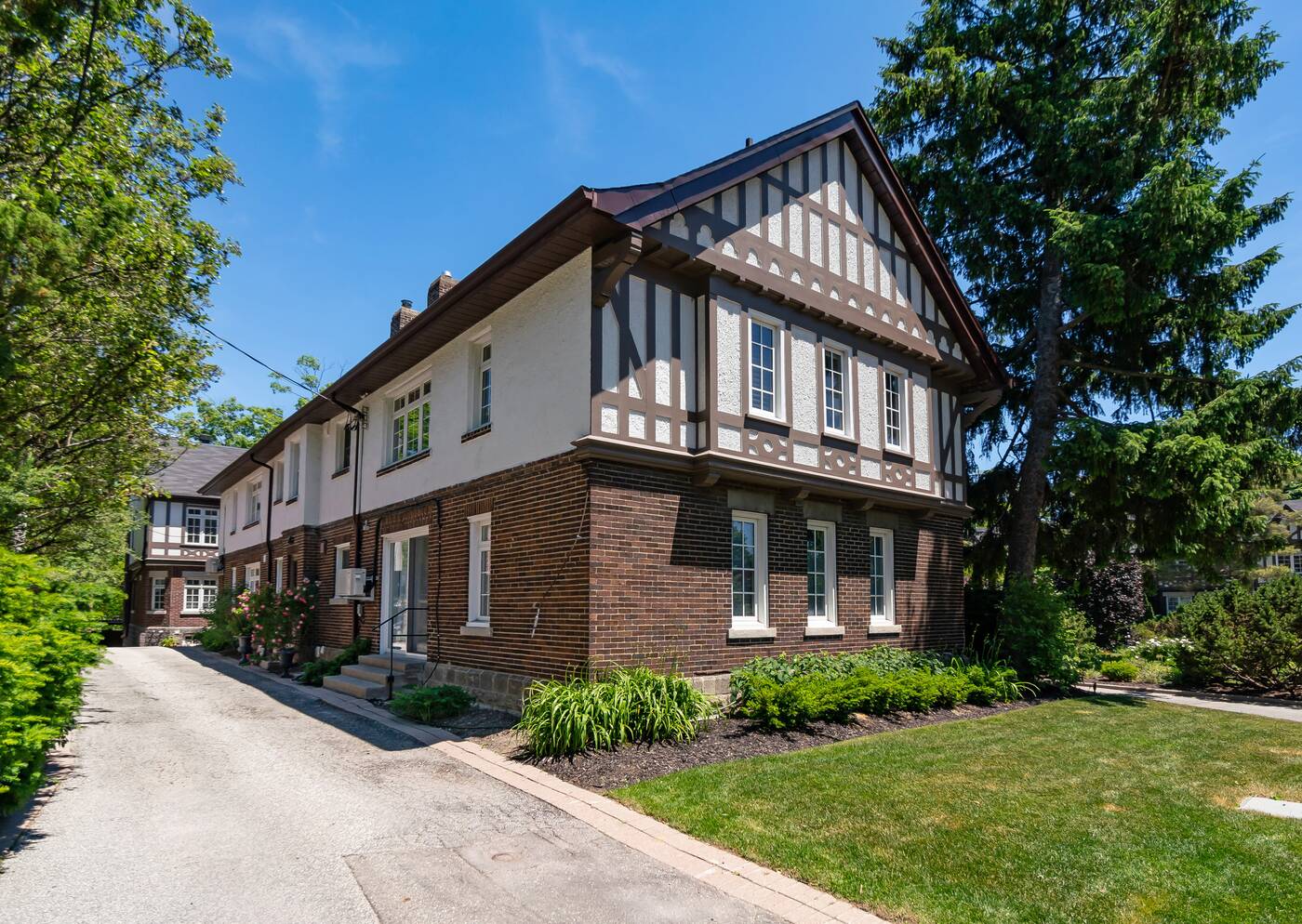 Speaking of the courtyard, it currently contains an award-winning garden designed by landscape architect Kent Ford. 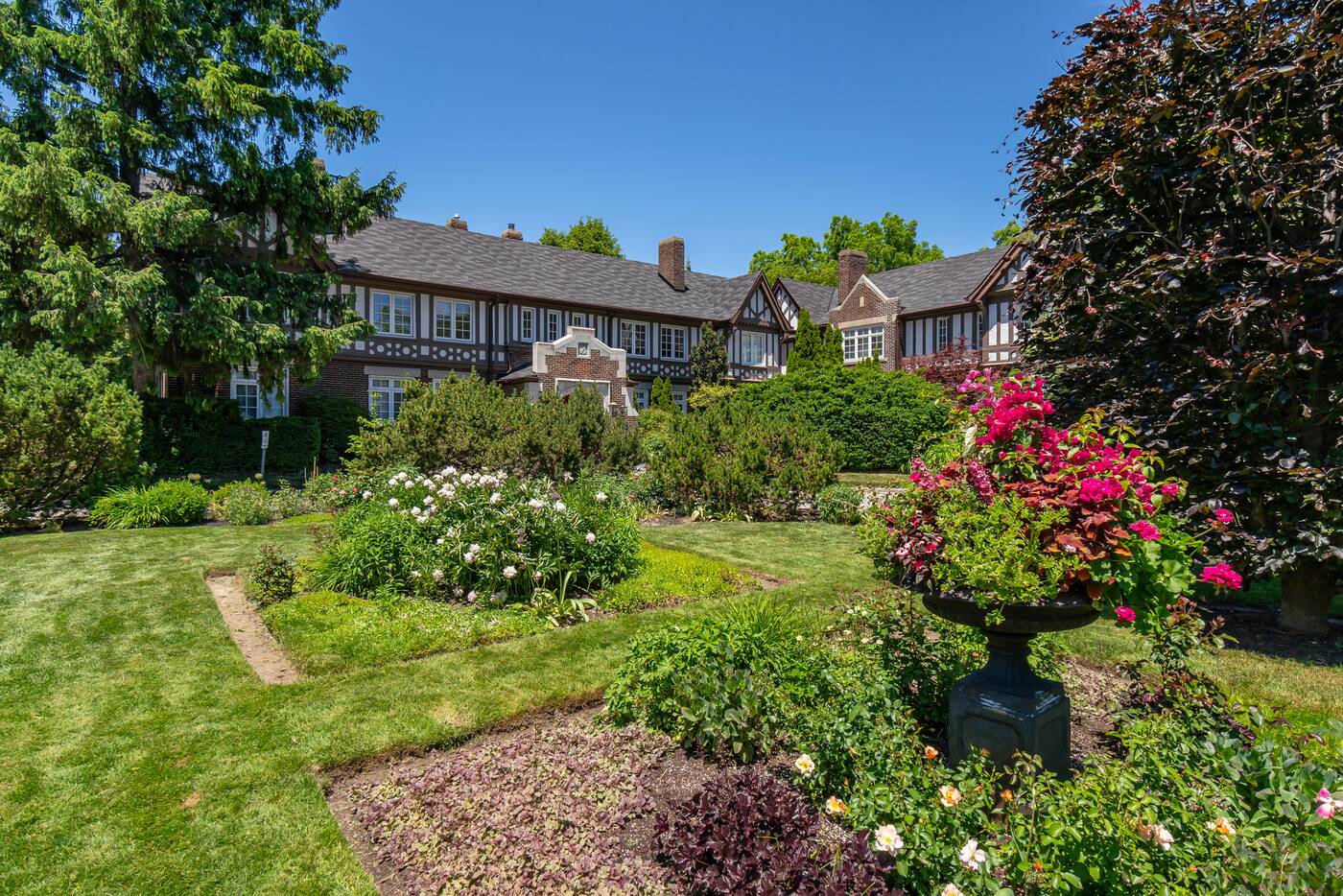 Soooo pretty, right? So... what's the catch? Because you obviously can't purchase this entire manor for $499,000.

You can, however, purchase part of it.

The complex consists of 10 townhouses and 20 smaller units, one of which is currently up for sale (but only for a few days, I'm sure. They're taking bids on Valentine's Day.) 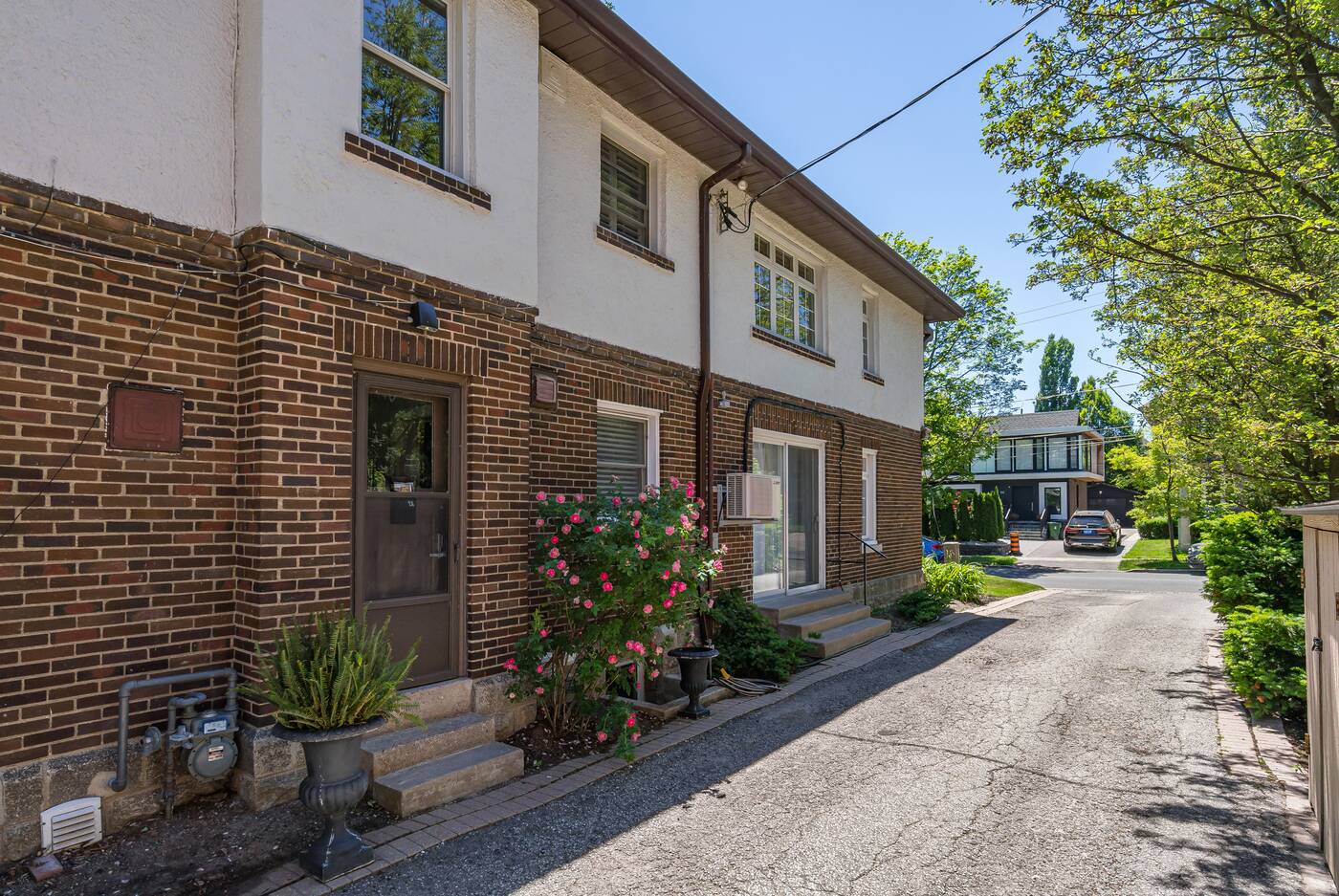 Here's the skinny: It's a two-bedroom lower apartment unit with basementy vibes, but it's also got 1,000 square feet of living space, a parking spot, and "lots of storage." 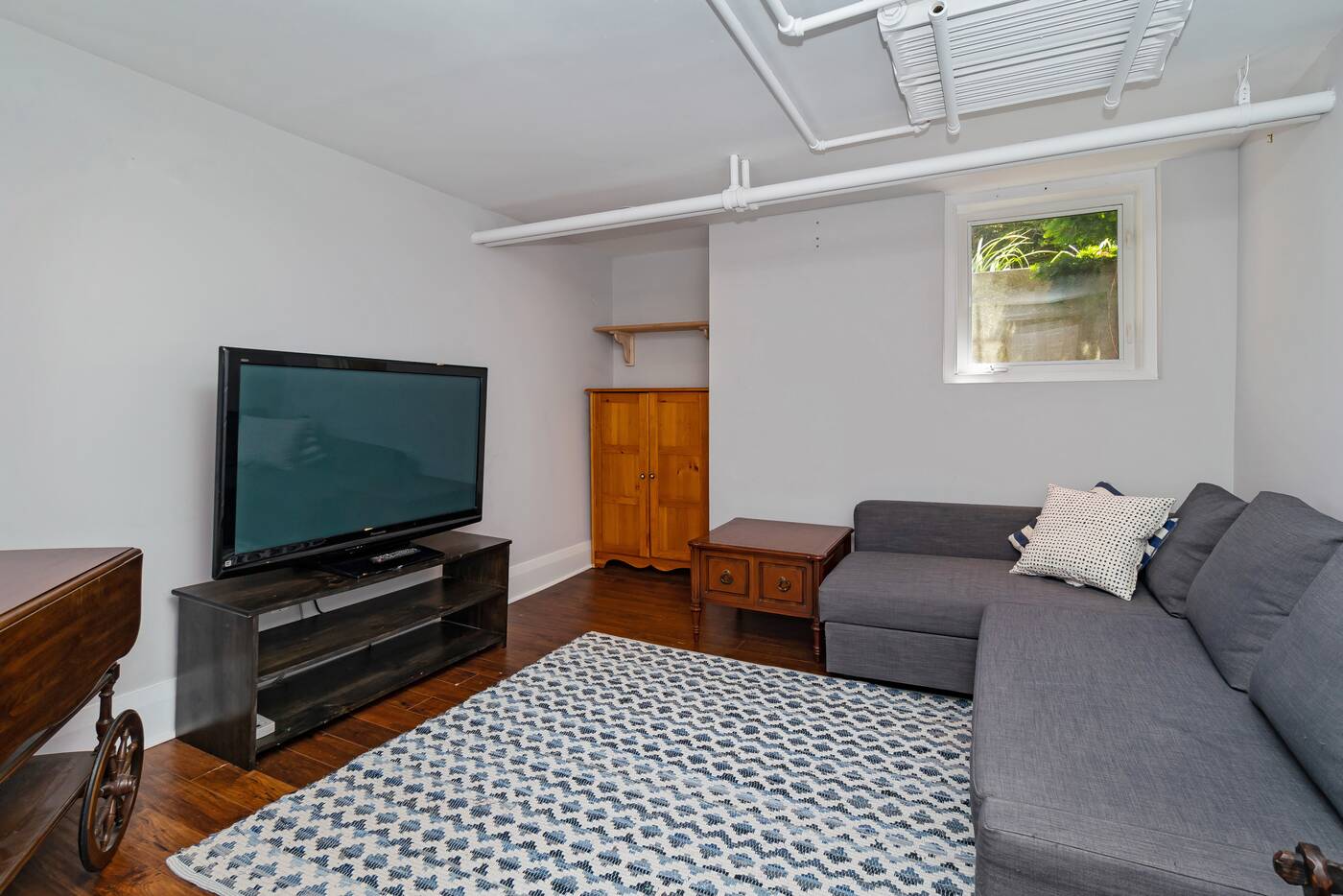 The kitchen / dining area is described as open concept. 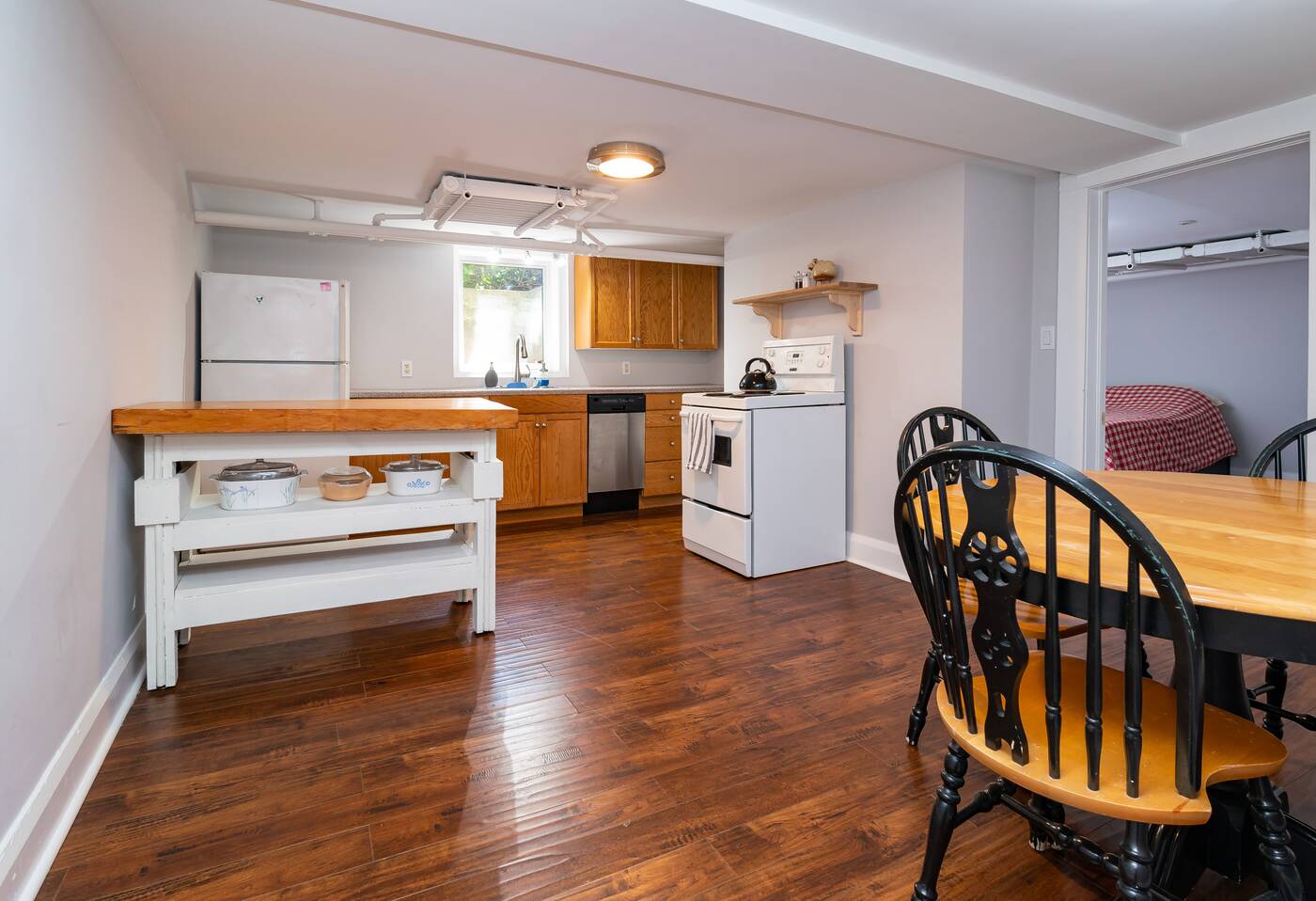 Bedrooms are said to be "generous." 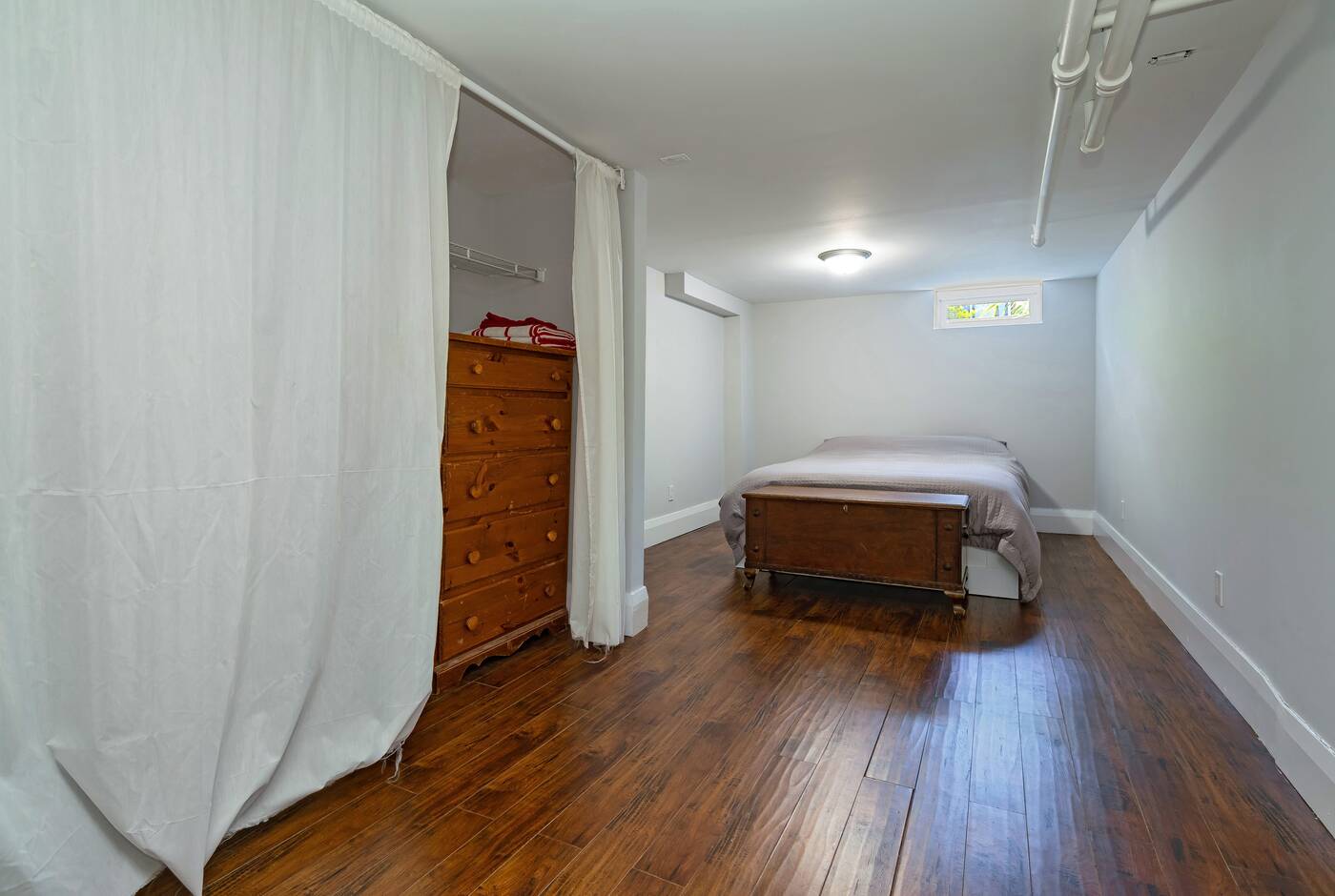 And the bathroom (there's only one) is like... okay. 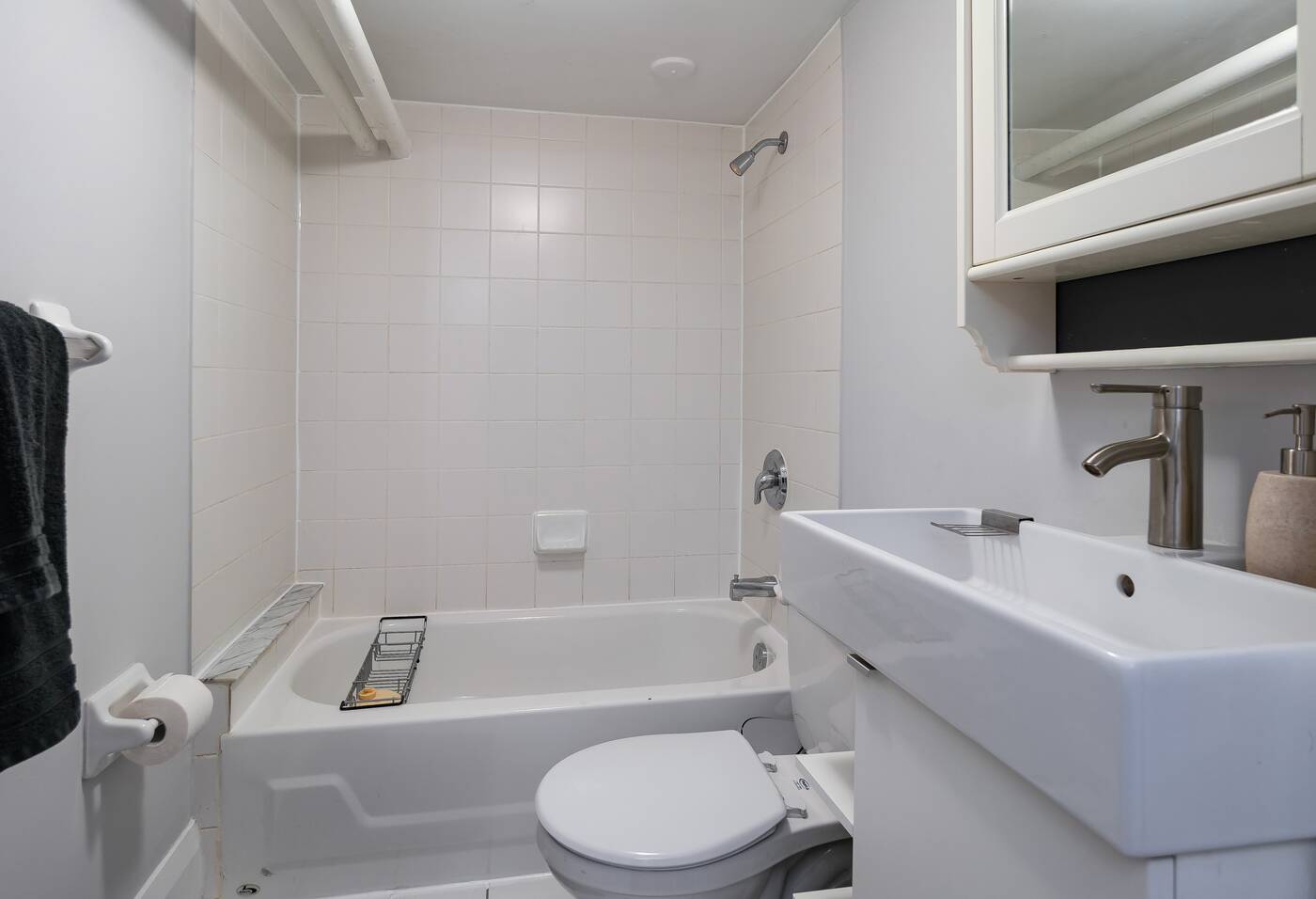 The listing boasts of the site's proximity to TTC access, Nesbitt Park, the DVP, a high school and an elementary school. 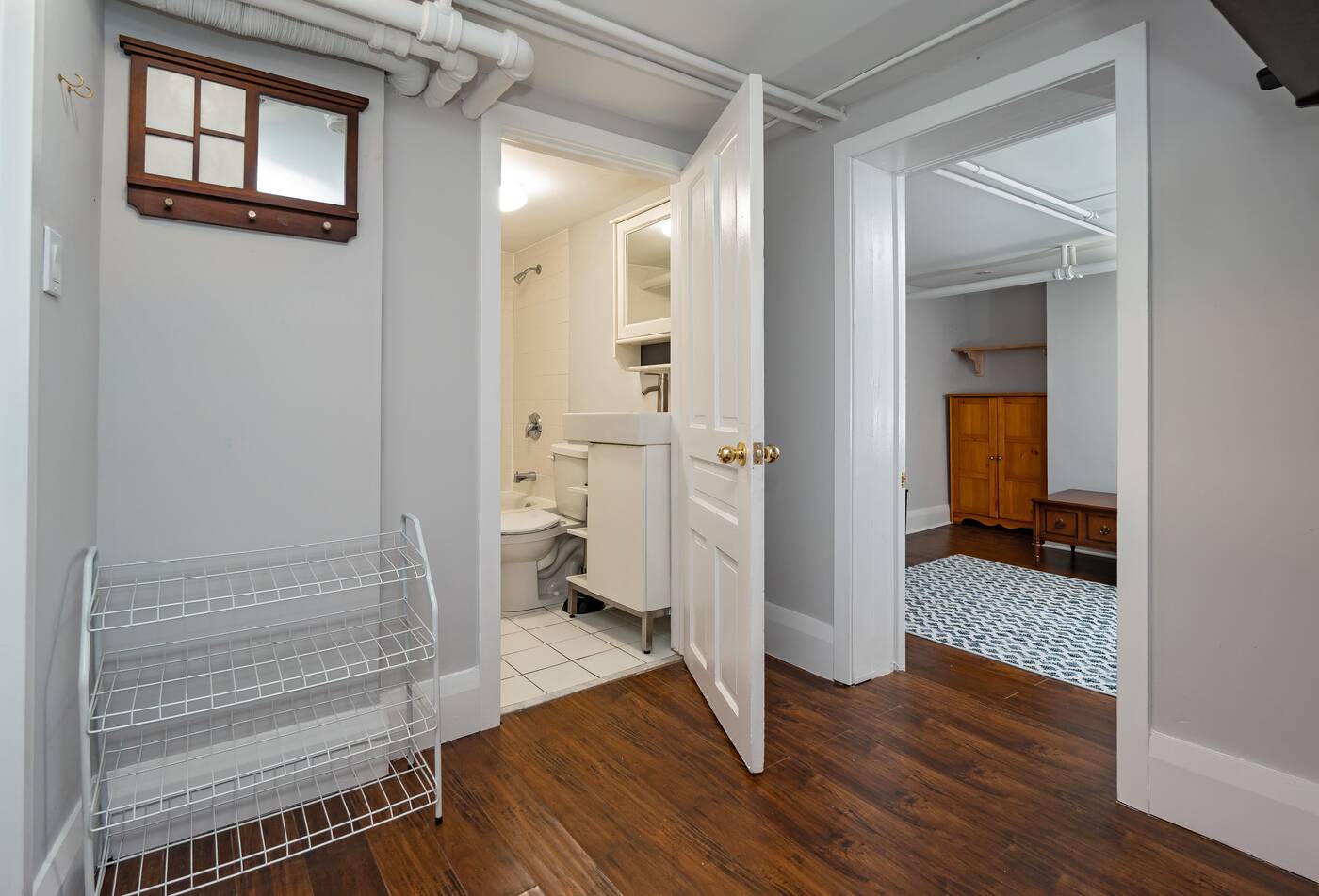 Laundry doesn't appear to be en suite, but the listing says it's on the same level as the unit. 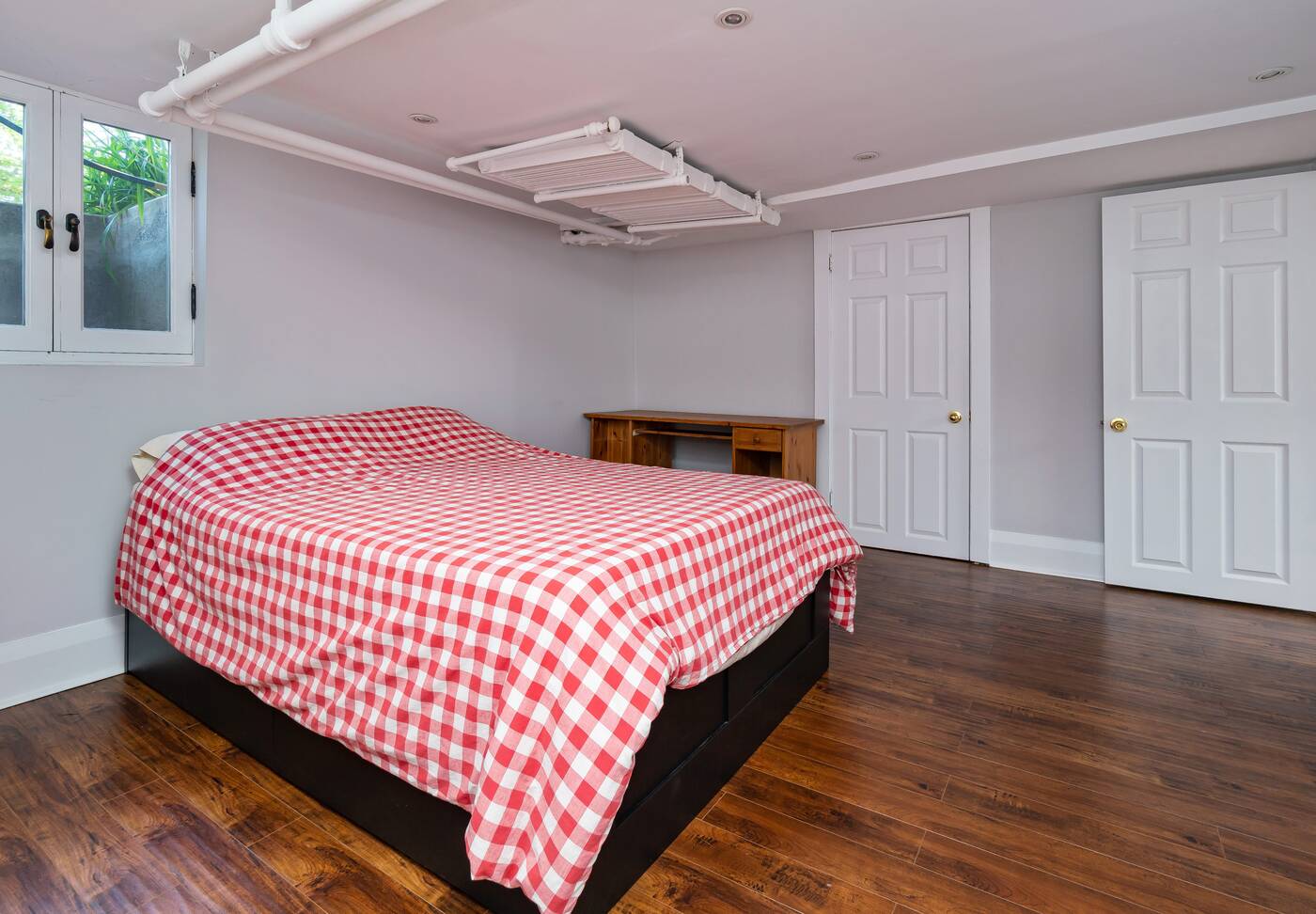 One parking space is included, which would be a very nice bonus for some buyers and an absolute must-have for others. 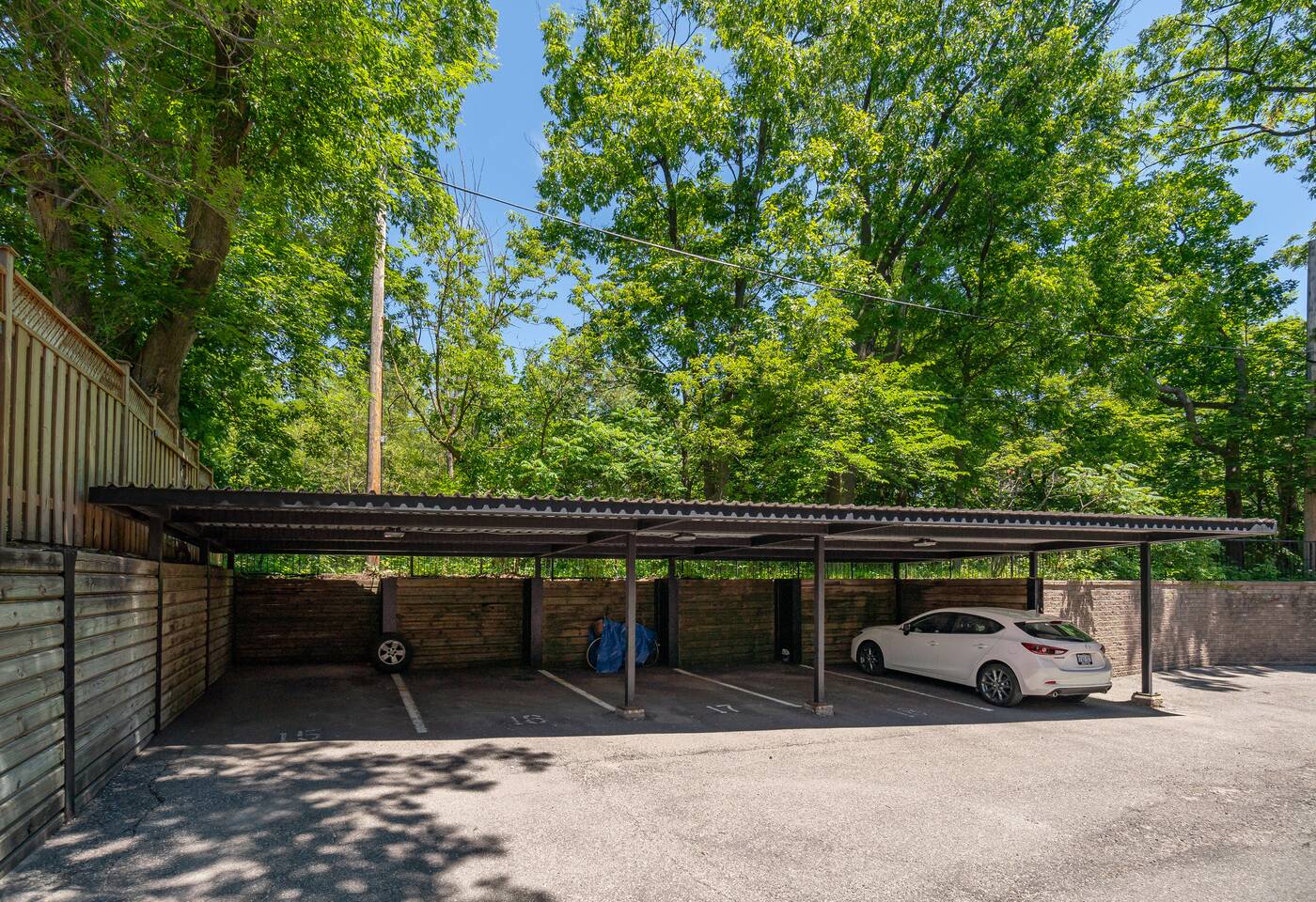 The unit itself, while relatively large, might be a bit too bare-bones or aged for people who like downtown sky boxes with concierges, but this unit is undoubtedly filled with cool history.

It's darned near perfect if you're a total geek for the 1920s, want a large place for a lowish price, have bomb interior design skills that can make the place sing or simply want to impress every Uber driver you ever have.