Condo prices continue to rise in Toronto, similar to pretty much everything else lately, as more and more potential homebuyers look up to the sky for cheaper alternatives to detached houses.

Those who entered the condo market last year after prices dipped hard due to the pandemic are likely sitting pretty now, but many others are finding it increasingly hard to afford what used to be the affordable option for home ownership in Canada's most populous city.

The Toronto Regional Real Estate Board (TRREB) is reporting a "record fourth quarter" for condominium apartment sales in 2021, a year that itself saw new records broken for most housing types in GTA regions across the board.

This represents an average value increase of nearly $100,000 over the course of just 12 months — a solid return on one's investment, whether a property was purchased in early 2020 while the market was lagging or pretty much any time before then. 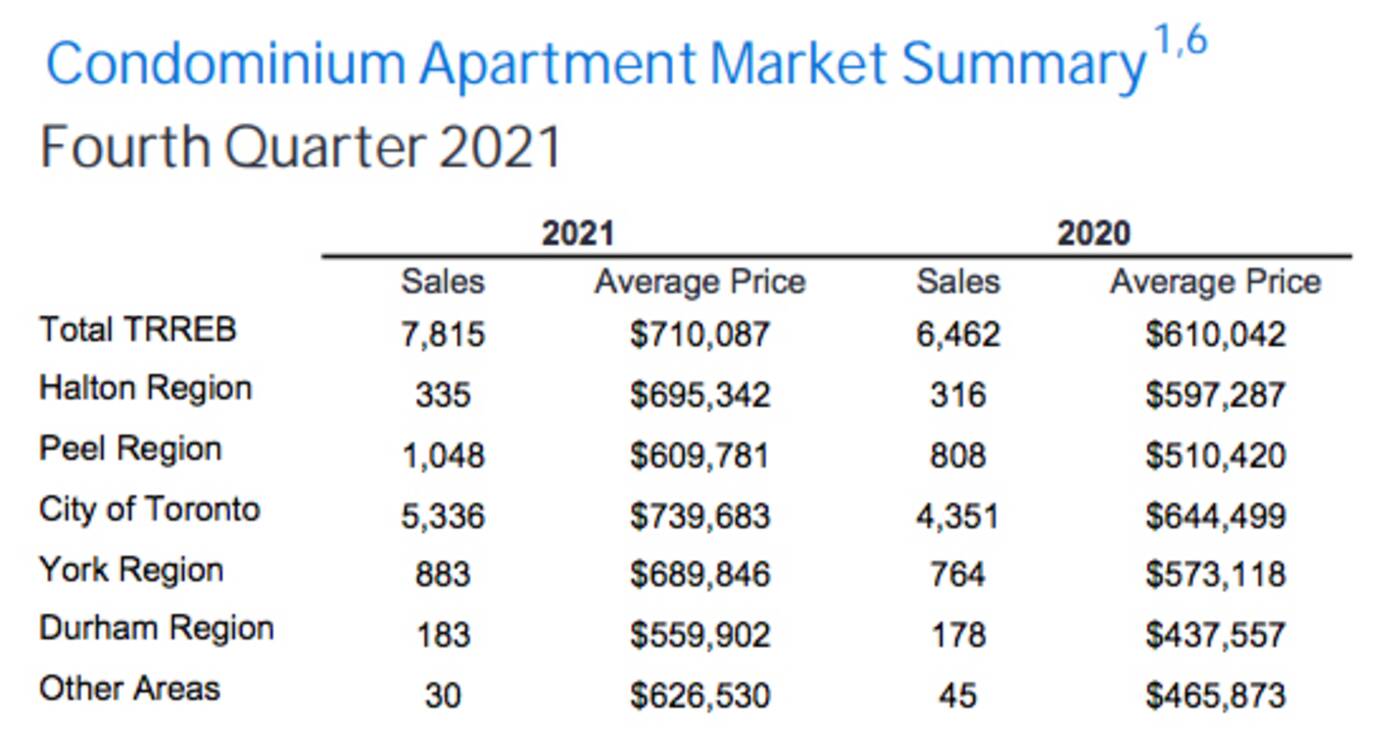 The City of Toronto saw more condos sold than any other GTA region, followed by Peel and York. The ranking remains unchanged, year over year, though sales totals are well up in both regions. Image via TRREB.

Experts have been warning for a while that such a thing would happen as detached housing prices grew out of control, leaving that market open to only the wealthiest and luckiest of home buyers.

With even the suburbs growing unaffordable for most young first-time home buyers, the only places left to go for those looking to own in recent years have been away (to other cities) or up into vertical communities, and the data is showing clear evidence of this trend.

"While condo listings were high from a historic perspective, it was not a record year on the supply side of the market. In fact, condo buyers experienced some of the tightest market conditions in 20 years," reads a report on Q4 condo sales released by TRREB late last week.

"Strong competition between buyers led to an acceleration in price growth to a new record, including double-digit annual growth reported in Q4 2021."

A record 7,815 condos were sold across the Greater Toronto Area during the fourth quarter of last year for an average price of $710,087, marking increases of 21 per cent and 16.4 per cent for sales and prices, respectively. 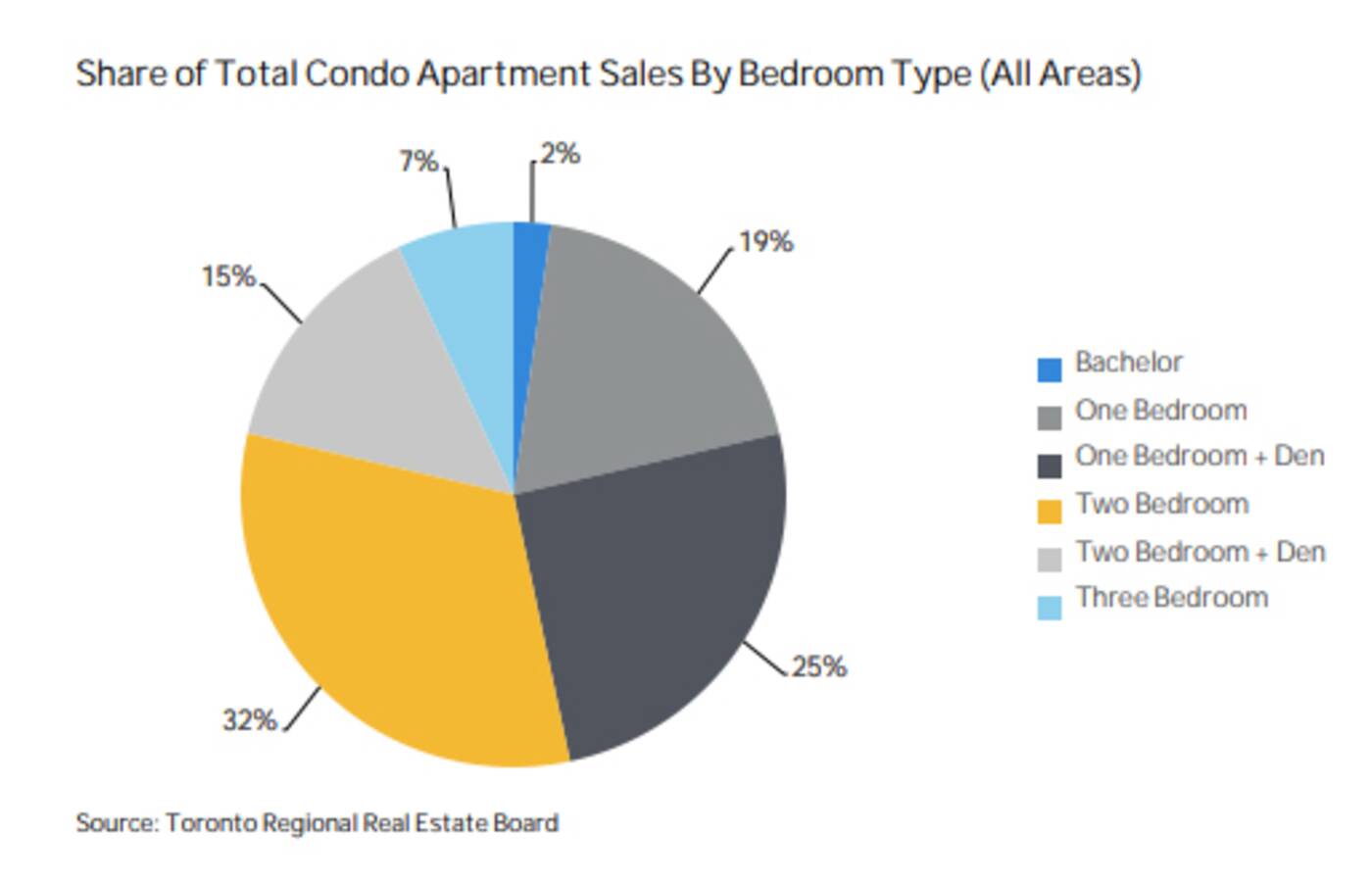 Two-bedroom condos made up the largest share of units sold across the GTA in 2021, followed closely by One-bedroom + dens. Image via TRREB.

"The resurgence in the condo market was a key real estate story for 2021. First-time buyers, who arguably remained on the sidelines longer than existing home buyers during the earlier stages of the pandemic, reentered the market with vigour last year," explained TRREB President Kevin Crigger.

"Condo demand will be robust in 2022 as well, with the expected increases in immigration and temporary migration into the GTA."

TRREB's Chief Market Analyst Jason Mercer predicted similarly, as other experts have, that condo prices will continue to rise at a clip well into 2022.

"In the early days of the pandemic, we saw a spike in condominium apartment listings and a brief lull in condo price growth," said Mercer. "The situation reversed dramatically in 2021, with the number of available units dropping in the face of strong demand. The resulting double-digit price growth will carry forward into 2022."