Toronto's housing market has made it more difficult for millennials to purchase a home in the city — unless they have help from family. But a new study from the Wellesley Institute shows just how drastically housing affordability has changed in the last 30 years. 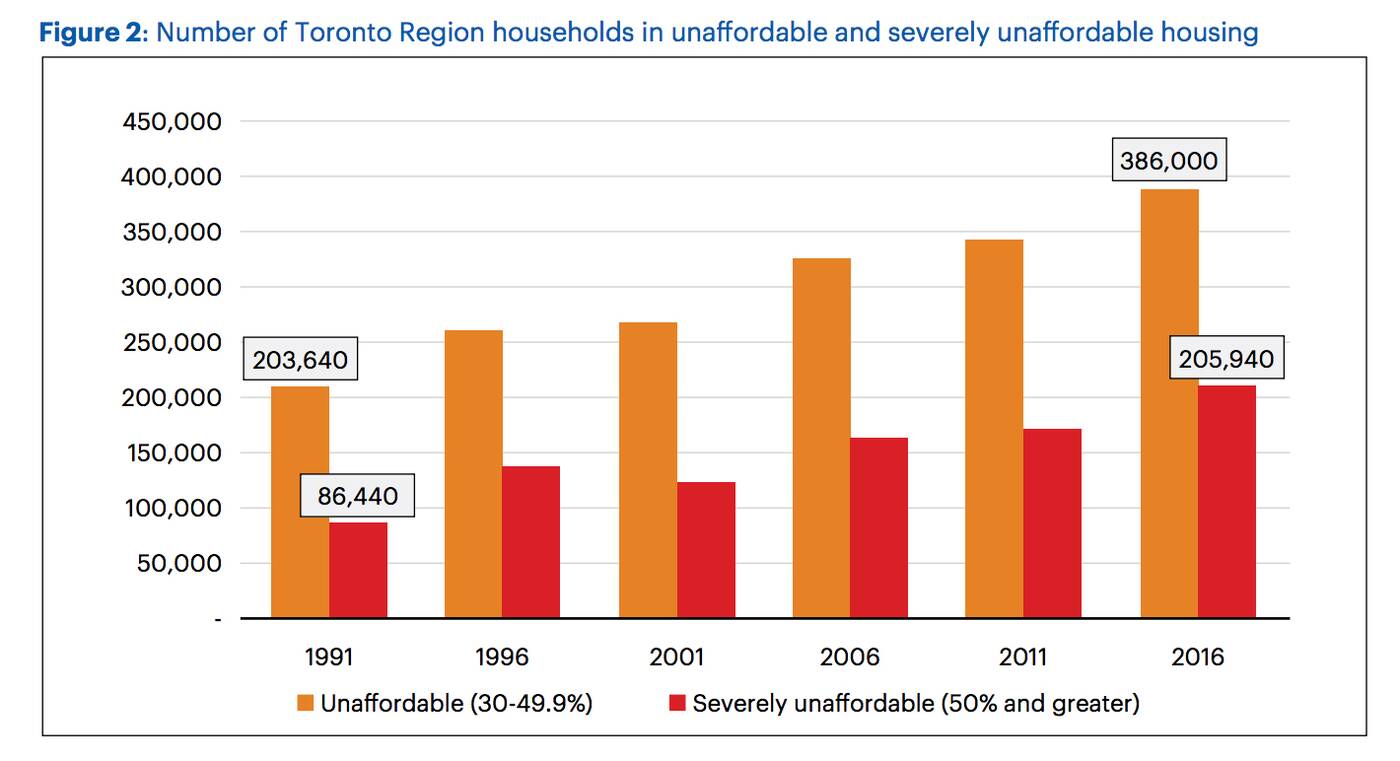 Racialized people in the Toronto region have consistently struggled across the 25-year study period with significantly higher rates of housing unaffordability, the study found.

"The rate of unaffordable or severely unaffordable housing has persistently been roughly ten per cent higher for South Asian, Black and Chinese households compared to non-racialized households," the study notes.

The study has several suggestions to improve the situation in the Toronto area including increasing the supply of social, affordable, and market housing through investment and reduced barriers to construction.