A new presence is taking shape at the western edge of Toronto's Financial District as construction shapes the city's latest major office tower, an addition now starting to contribute to views of the city skyline.

Developer Cadillac Fairview's new $800 million office tower under construction at 160 Front Street West may not be the tallest thing built in recent years, but it's a clear departure from the local norm of boring, featureless glass boxes. 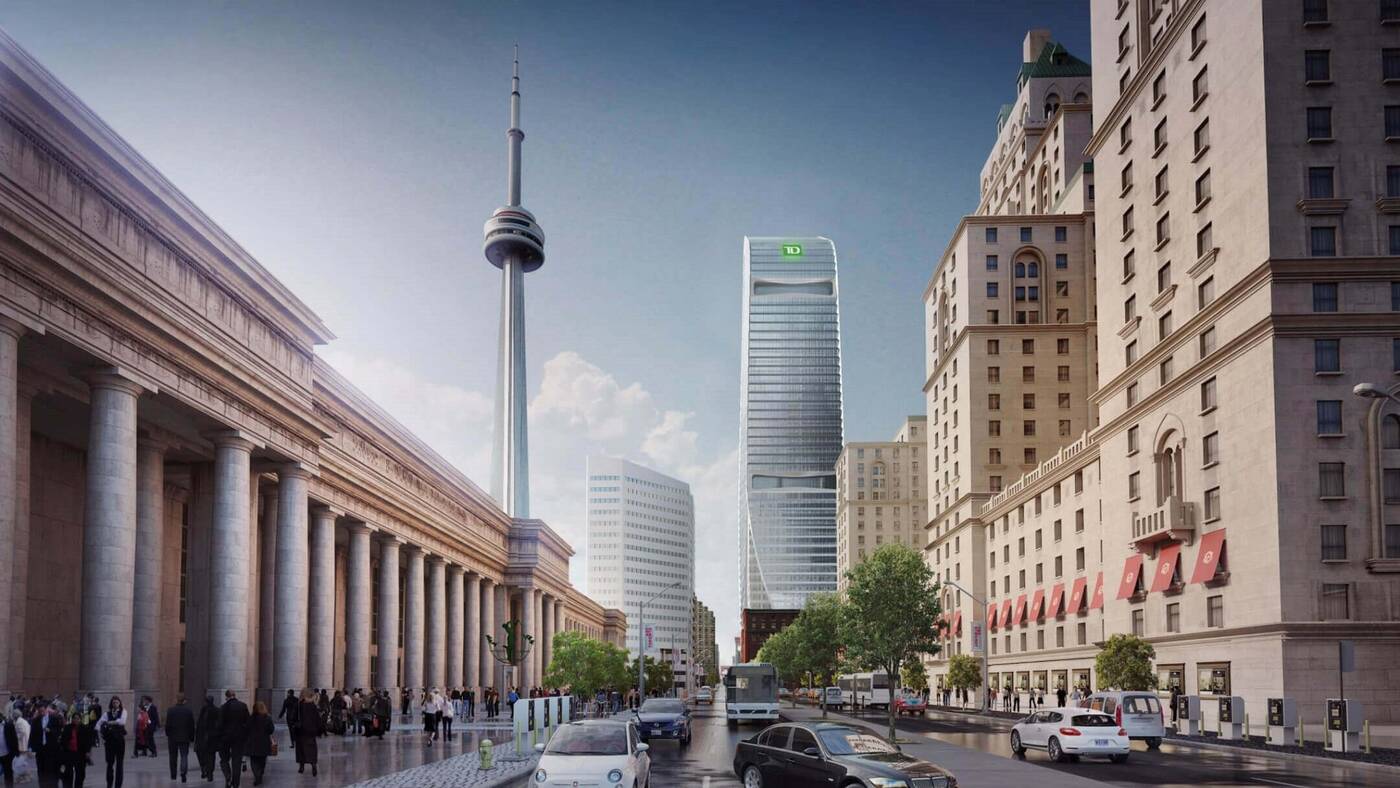 Designed by Chicago-based Adrian Smith + Gordon Gill Architecture working alongside Toronto's B+H Architects, the 46-storey building rising at the northeast corner of Front and Simcoe is unlike anything that exists in the city today, featuring a tapered base that leans out over sidewalks. 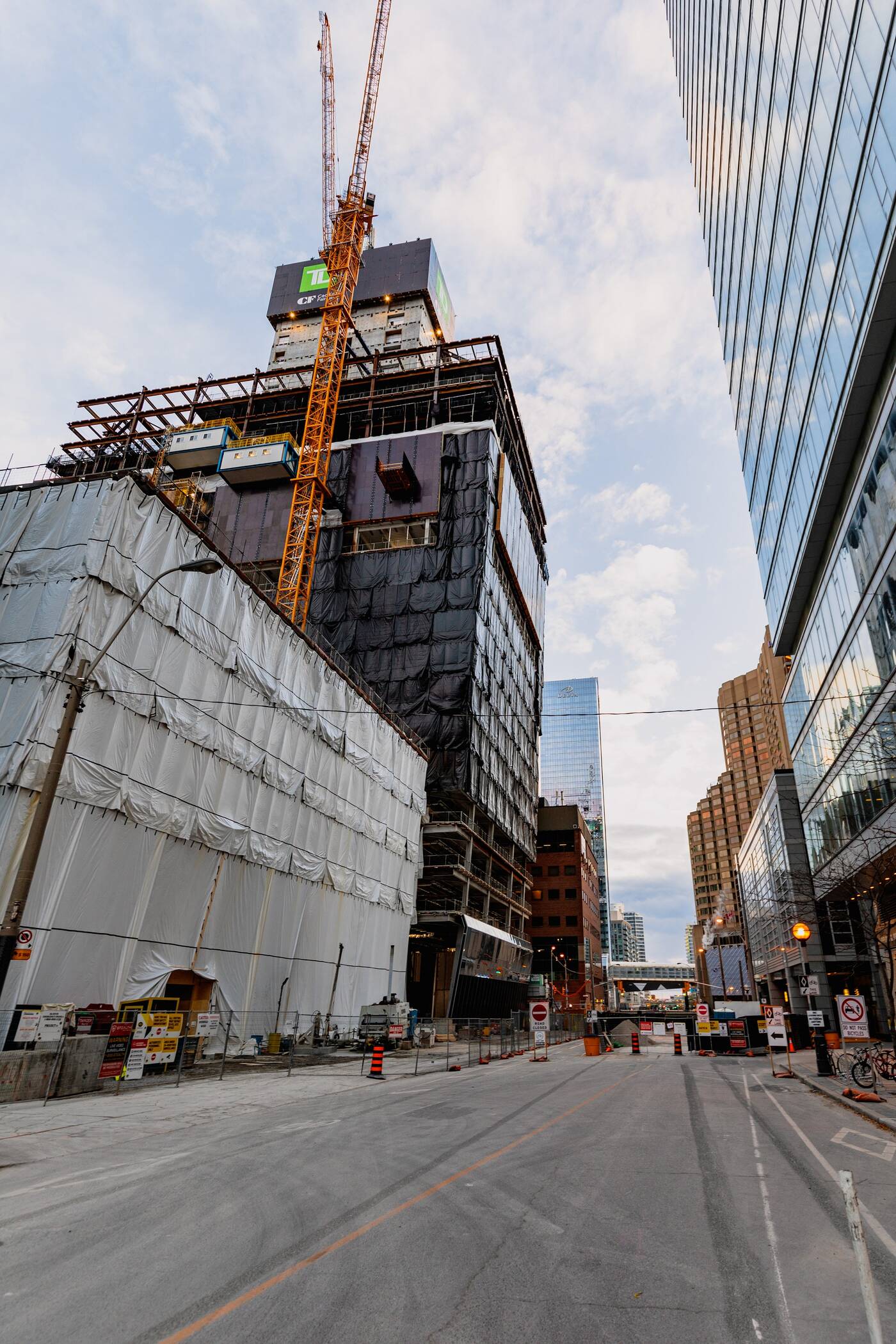 Under construction since early 2019, contractor PCL has really picked up the pace over the last several months, the structure's steel skeleton and concrete elevator core climbing at a healthy rate, as the first panels of glass are installed along the tower's base below.

This quick vertical ascent has the new office tower popping up from skyline viewpoints around the city, hinting at how the new addition will stand out from the pack.

Structural steel has been installed approximately 25 storeys high, with the concrete core at roughly level 35. The tower still has a long way to go in its climb to an eventual height of almost 240 metres. 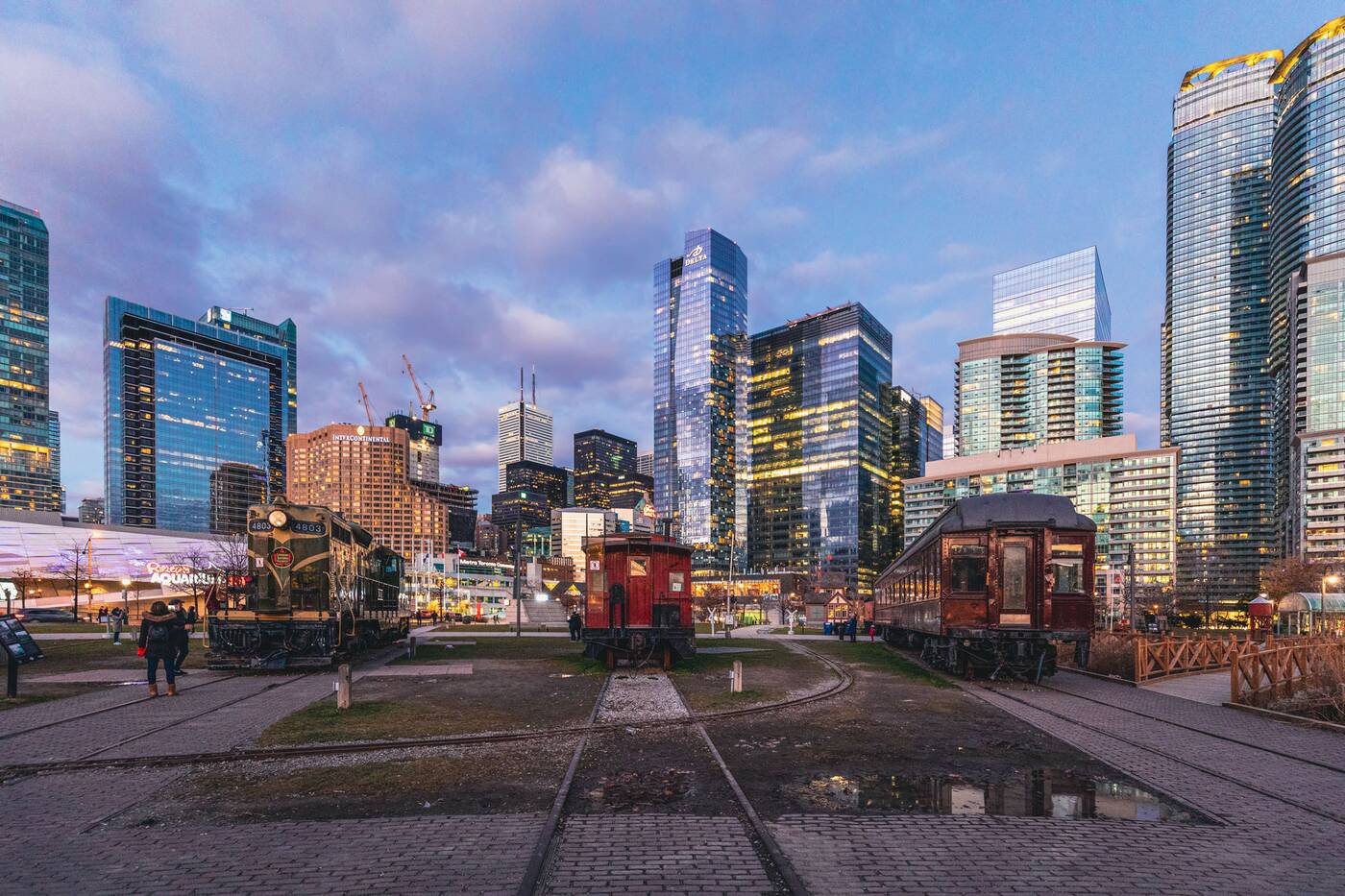 The 1.2 million-square-foot, LEED-certified and WELL Building Standard accredited tower will support expanding banking giant TD, which has purchased a 30 per cent stake in the property and will occupy 33 of the 46 floors. 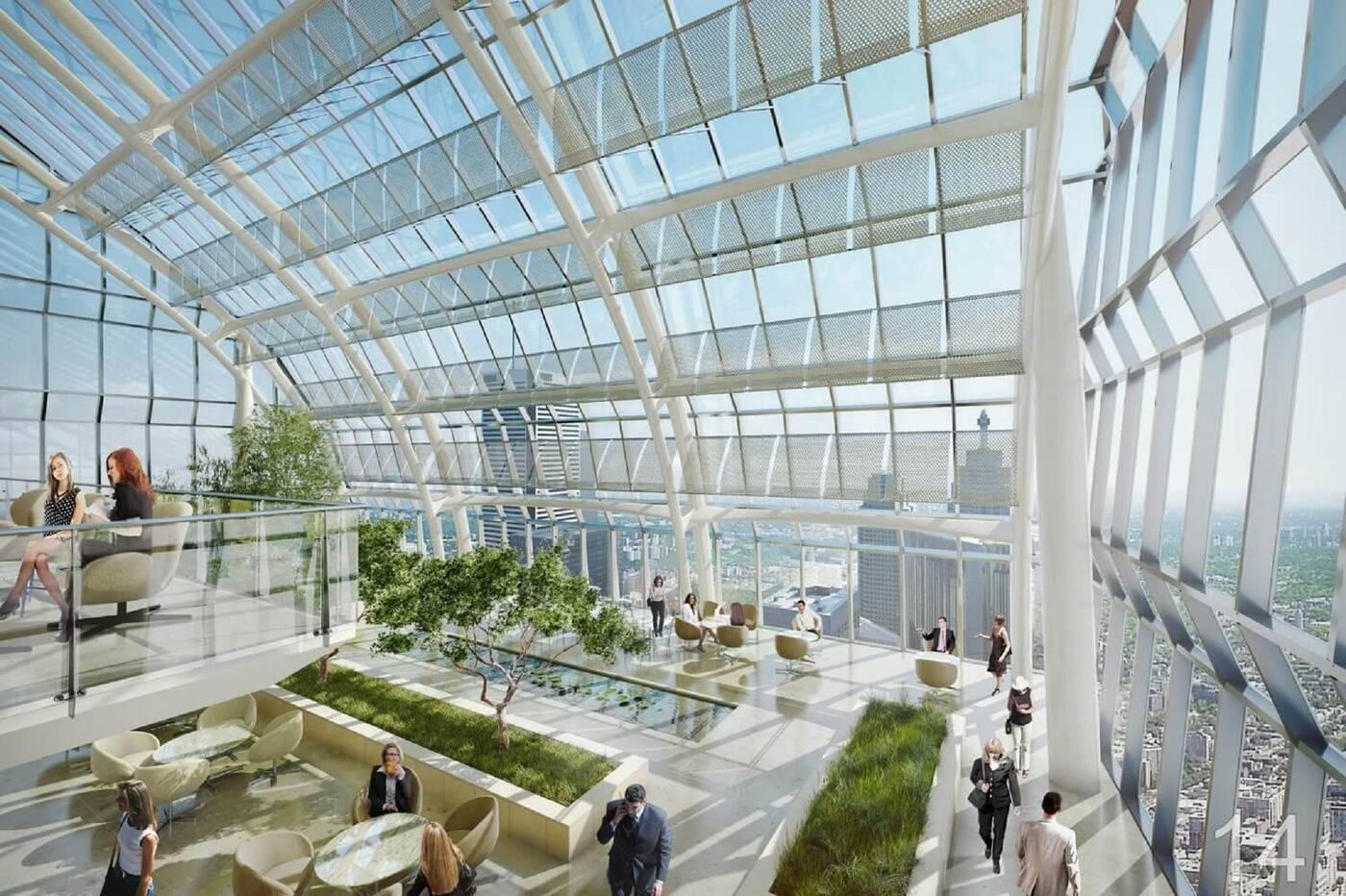 Banking giant TD will occupy the bulk of the tower, including some dramatic office amenities. Rendering via Cadillac Fairview.