A new skyscraper is about to transform Toronto's skyline

A new 46-storey office building is set to join the Financial District in the fall of 2022, adding yet another tower to Toronto's budding skyline.

If demolition permits are approved, construction on the Cadillac Fairview project at 160 Front Street West will begin at the northeast corner of Front and Simcoe sometime next year.

The $800 million building, co-designed by B+H Architects and Chicago-based firm Adrian Smith + Gordon Gill (AS+GG), plans to replace the existing six-storey heritage building, which will be almost completely demolished save for the southern facade which faces Front Street. 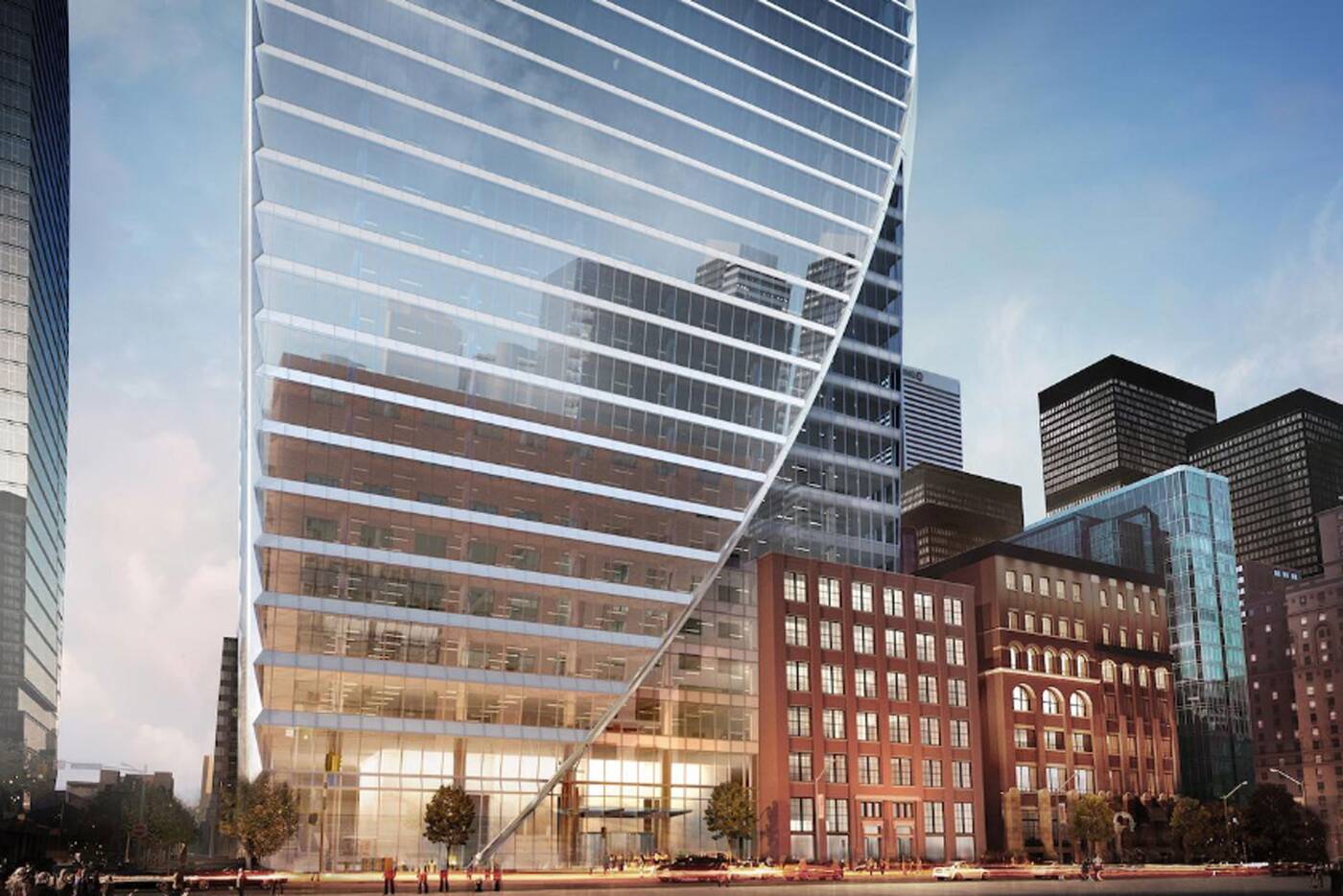 The new office tower 160 Front Street West will be the eighth tallest building in the city when it's complete. Photo via submission to City of Toronto.

According to the designers, red bricks from the rest of the demolished building will be incorporated in to the new tower.

It's the first building AS+GG has designed in the city, and when it's done, will be the eighth tallest tower in the city.

Quinn Design Associates is behind the landscape architecture of the project, with plans for organic sculptural metal columns and space accommodations for an outdoor cafe in the works. 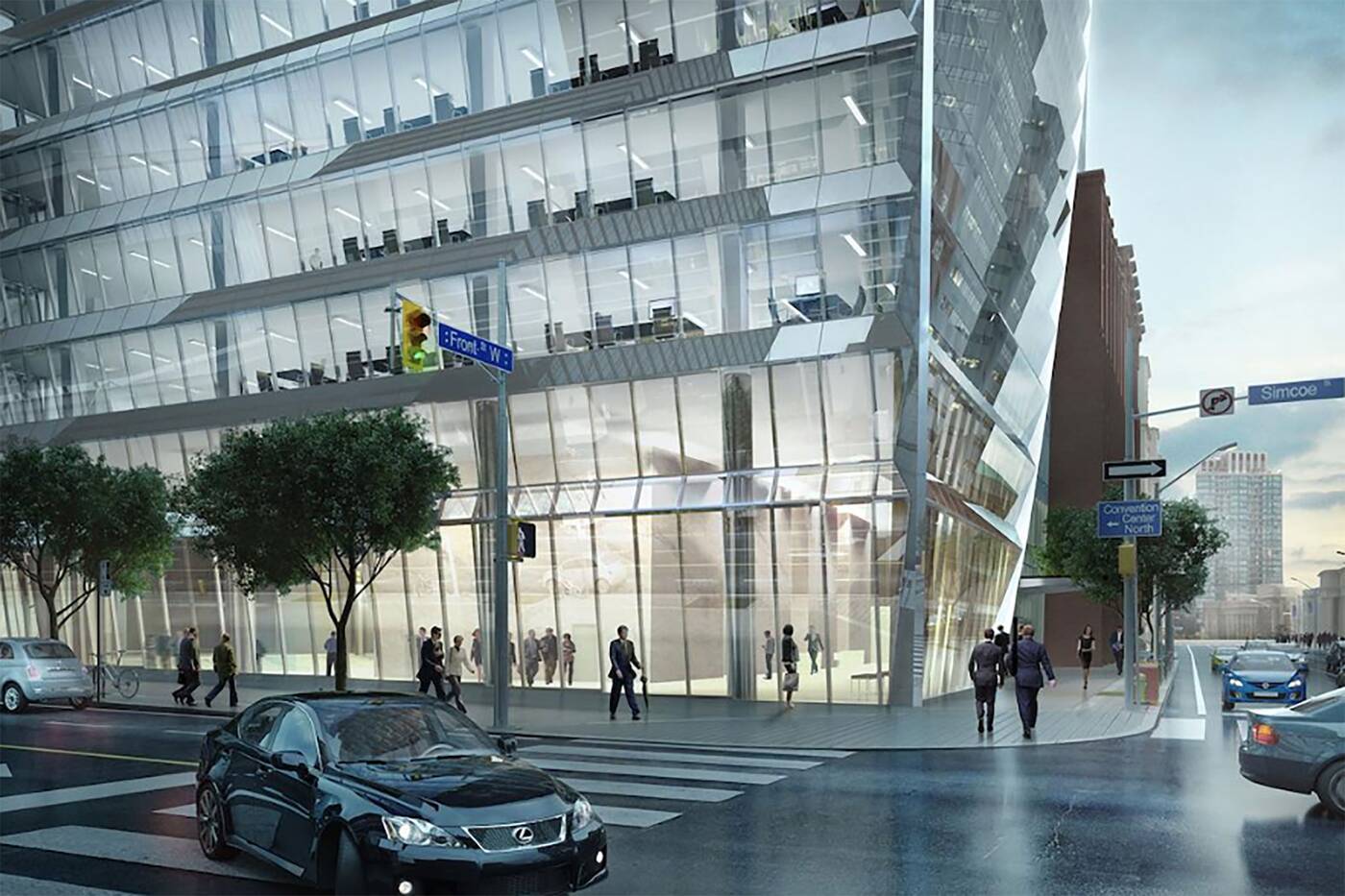 The tower will offer 1.2 million square feet of new office space to the Financial District. Photo via submission to City of Toronto.

The Ontario Teacher's Pension Plan has already been confirmed as the first tenant of the building, relocating from their head office in North York to take over a full nine floors of 160 Front.

In addition to the 12,290 square feet of retail space, the podium level wil also have a green roof offering a full view of the CN Tower.

The stone-finished lobby will hang 33 feet overhead while down below, the parking lot will be large enough for 340 cars and 450 bikes.