Over 500 new development applications landed on the desks of Toronto city planners in 2021, and with so many new buildings proposed this year, there are a few standouts that we just can't wait to see join the city skyline.

With the year wrapping up, we've skimmed the best and most ambitious plans from the truckload of applications submitted in the last year, so here's a sneak peek at some of the coolest new projects that could be coming to your neighbourhood in the near future.

Developer H&R REIT made a splash early in the year with a pair of proposals for sky-scraping towers on Front and Yonge. The latter would rise 66 storeys above Yonge and Colborne, with a height just over 236 metres that would bring it into the top ten for the city's tallest. 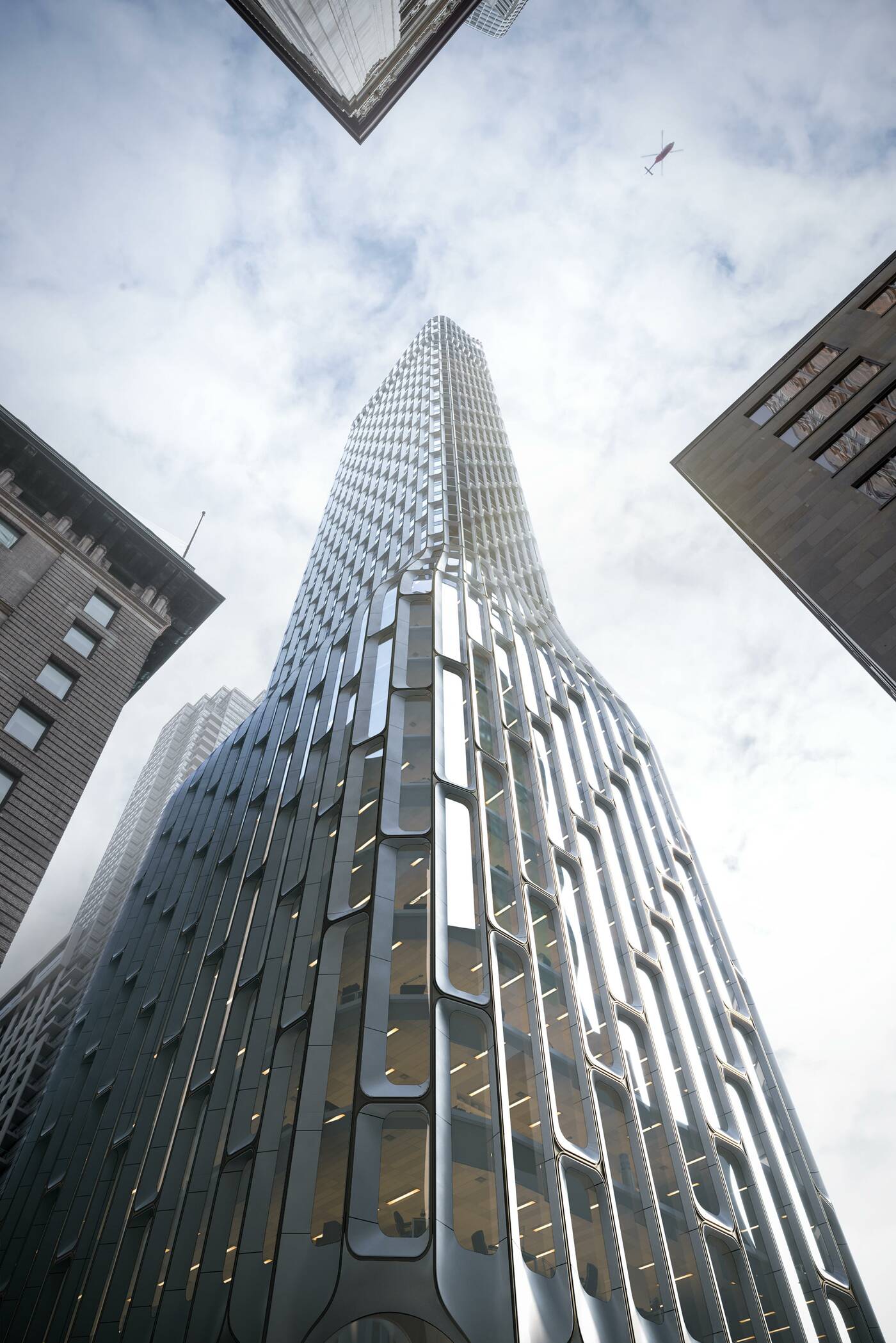 On top of its sky-scraping height, the PARTISANS and BDP Quadrangle-designed condo/office building would bring a new style to Toronto's skyline, with a base that smoothly transitions to the tower above, and a bold peak up top for some extra drama. 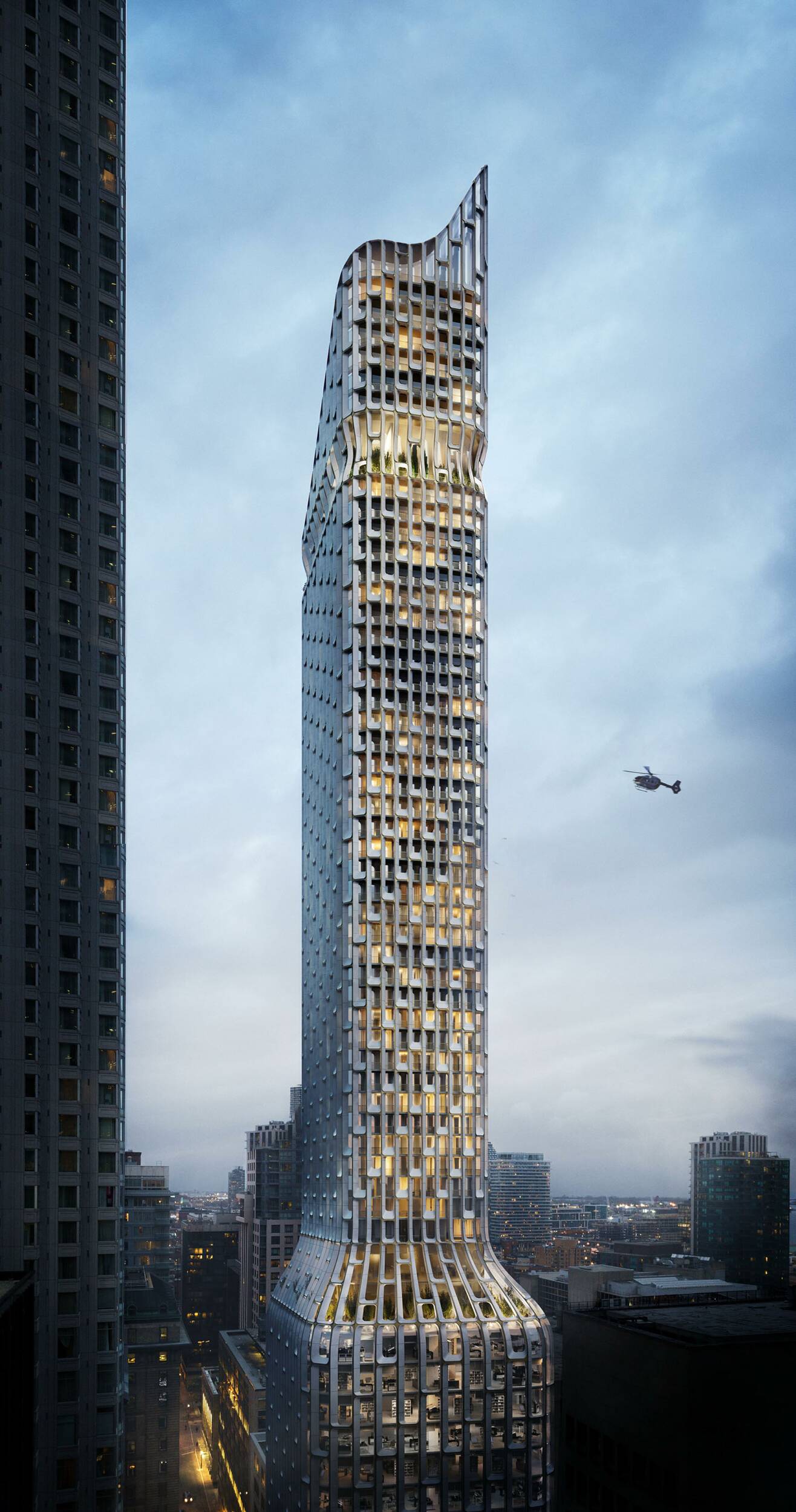 Another early-2021 submission, a plan to redevelop the Museum Tavern and a medical office building above garnered oohs and ahhs when renderings of its slender profile and rose gold patterned finishes went public. 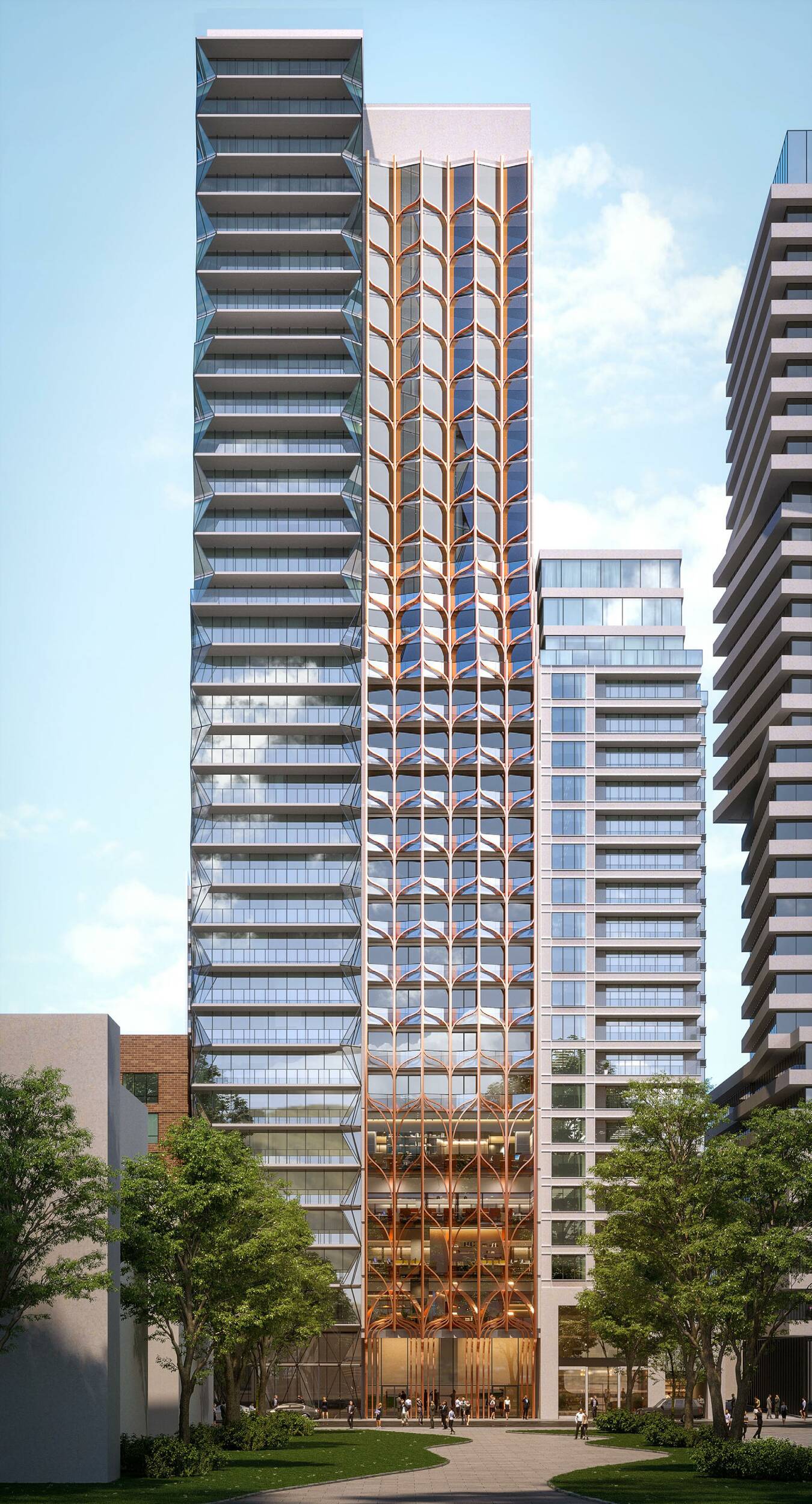 This ultra-luxe 28-storey condo tower would bring just 46 units to the site across from the ROM, the splashy plan from architects BDP Quadrangle proposed to join a block of ambitious designs. 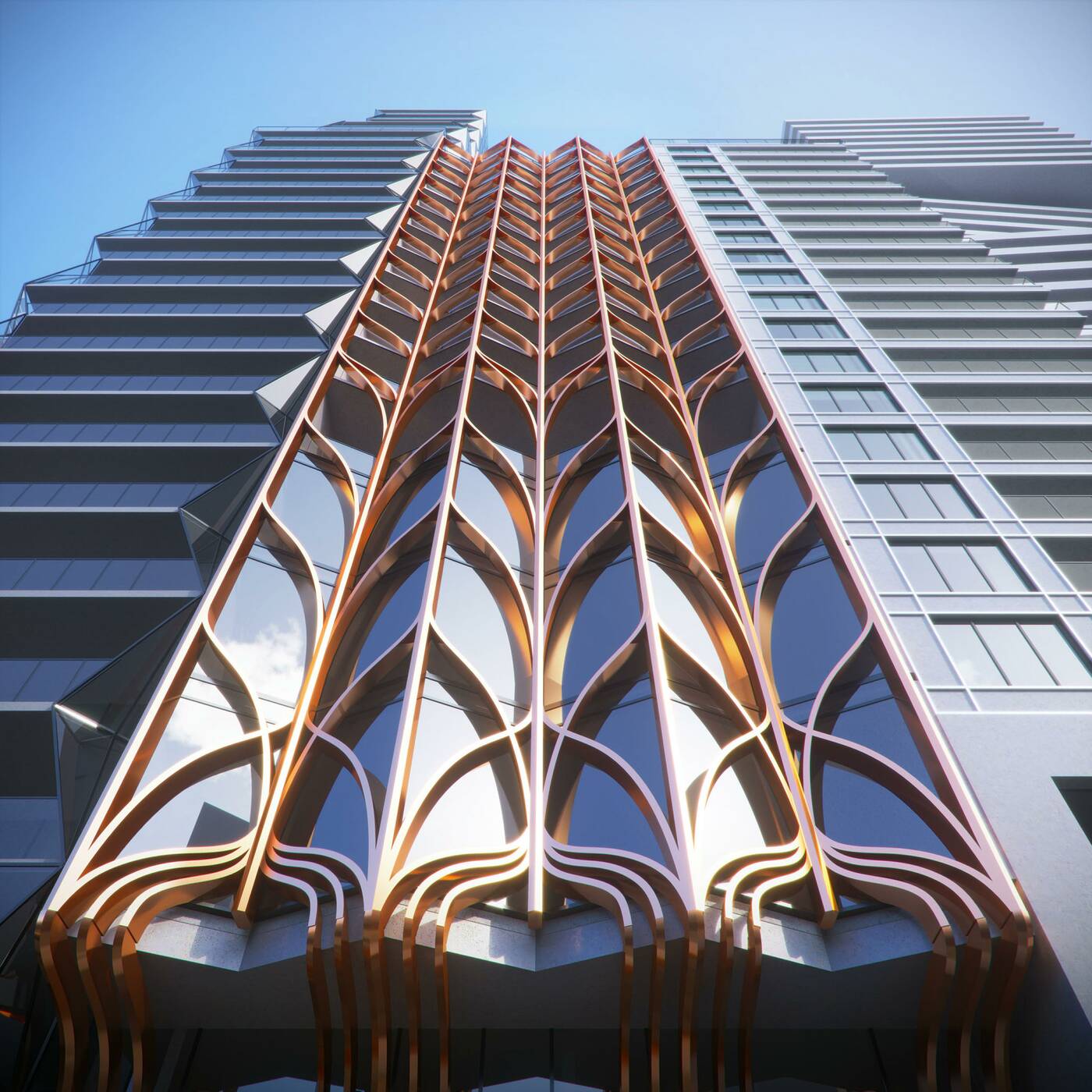 The redevelopment of Toronto's famed Cube House will at least bring a new architectural landmark to the city, with a 35-storey tower to be known as Sumach Artsplace from Markee Developments. 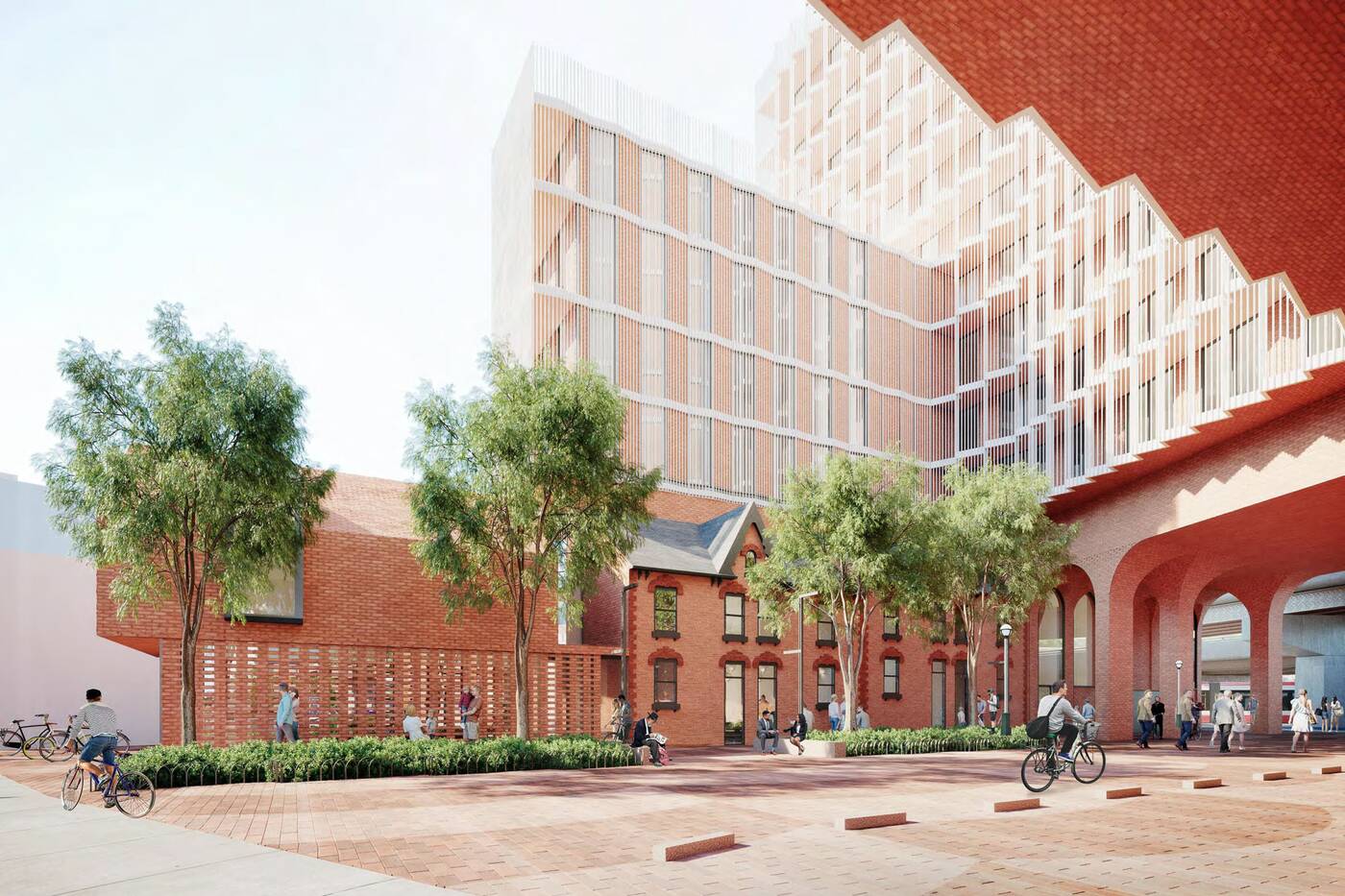 Designed by architects gh3, the complex will contain a mix of condo and rental units, with retail at its base, and a unique design that will look just as fresh as the Cube House did when it was first built in 1996. 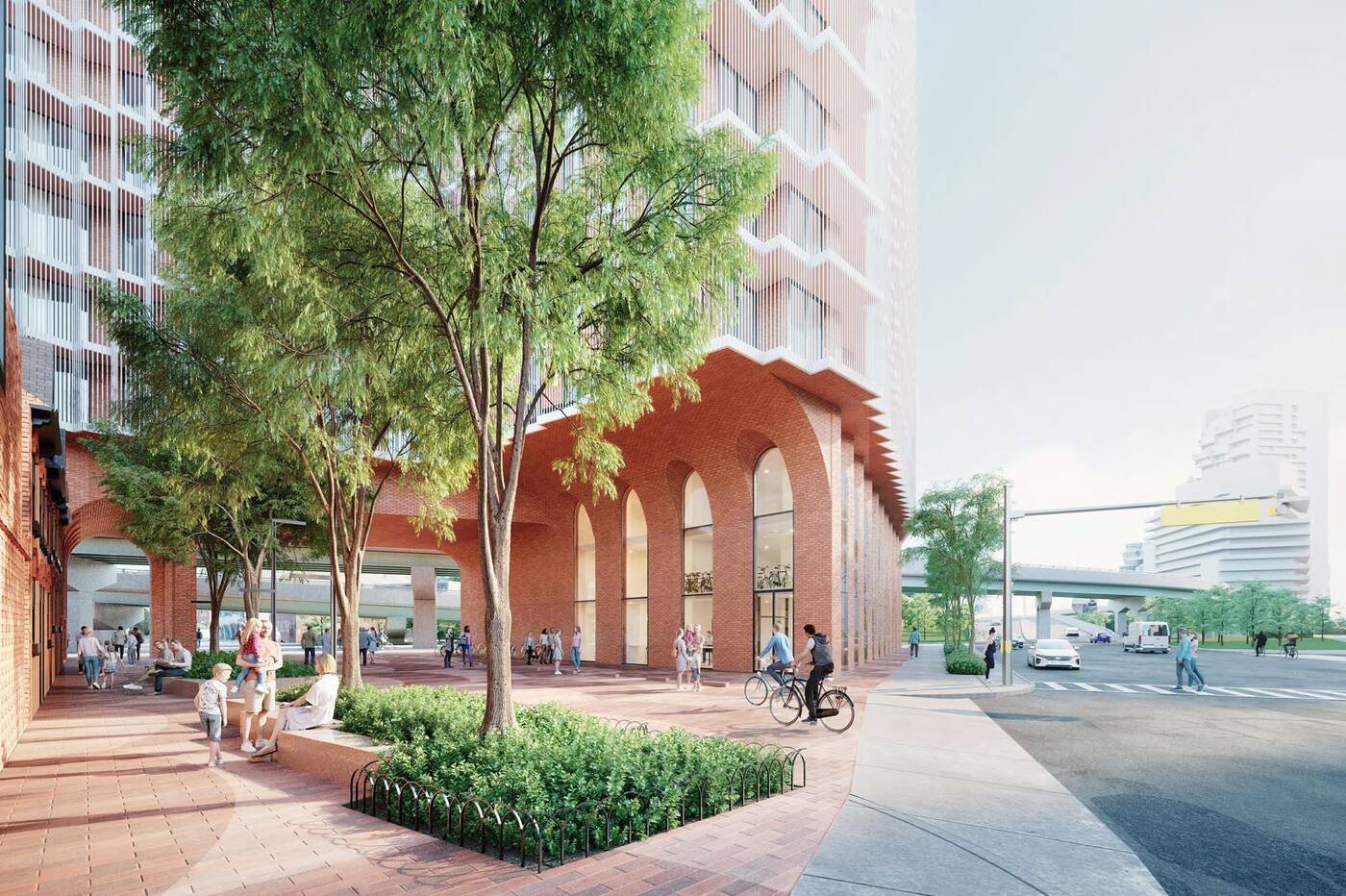 There is no shortage of exciting plans for the waterfront, and another was added to the list late this year when developers Great Gulf and Dream submitted their plans for a complex at 351 Lake Shore East that would contain office, residential, retail, and public spaces. 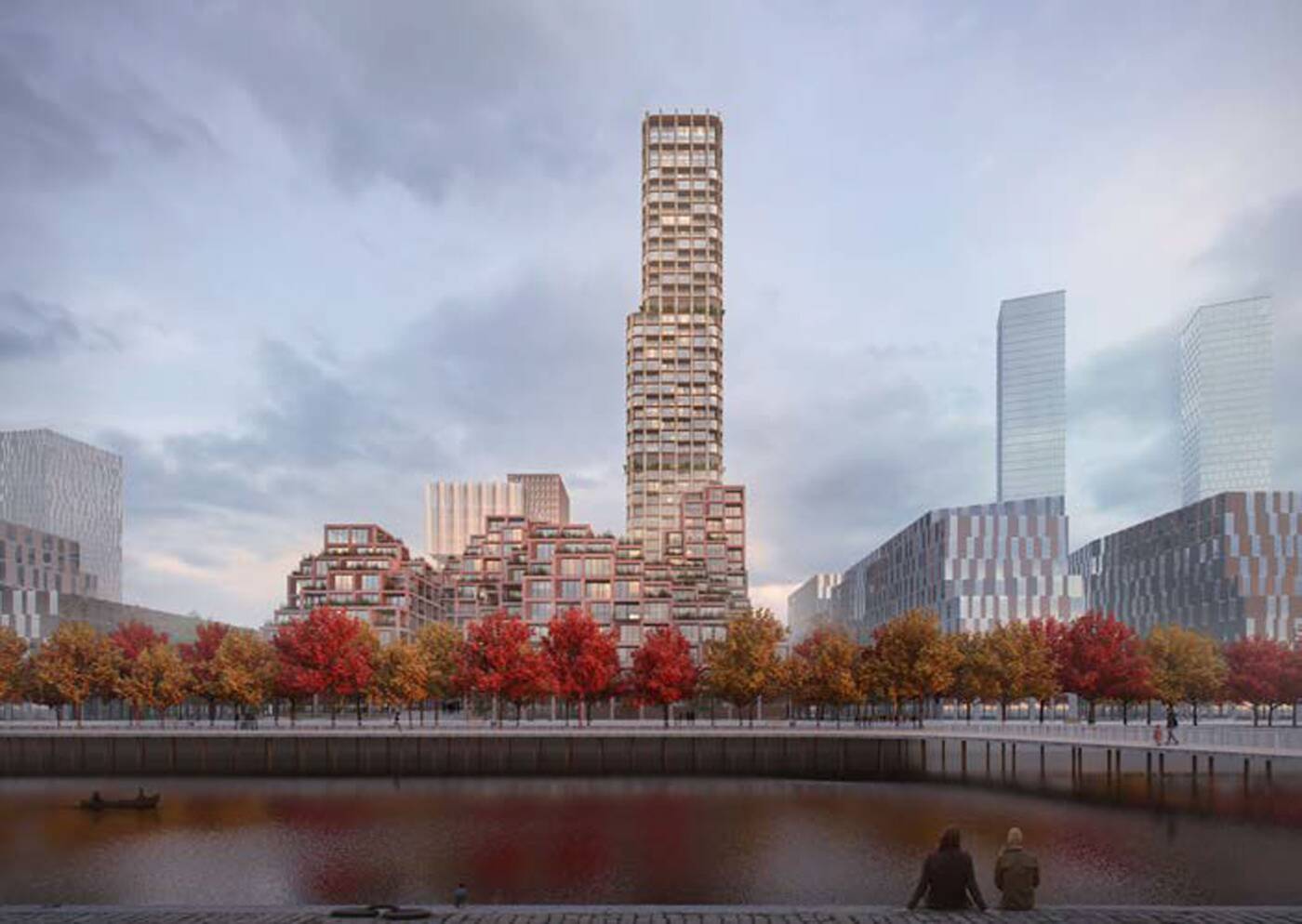 Plans include 49- and 42-storey towers designed by Schmidt Hammer Lassen Architects of Denmark, and a stunning resurrection of the heritage Victory Soya Mills silos. 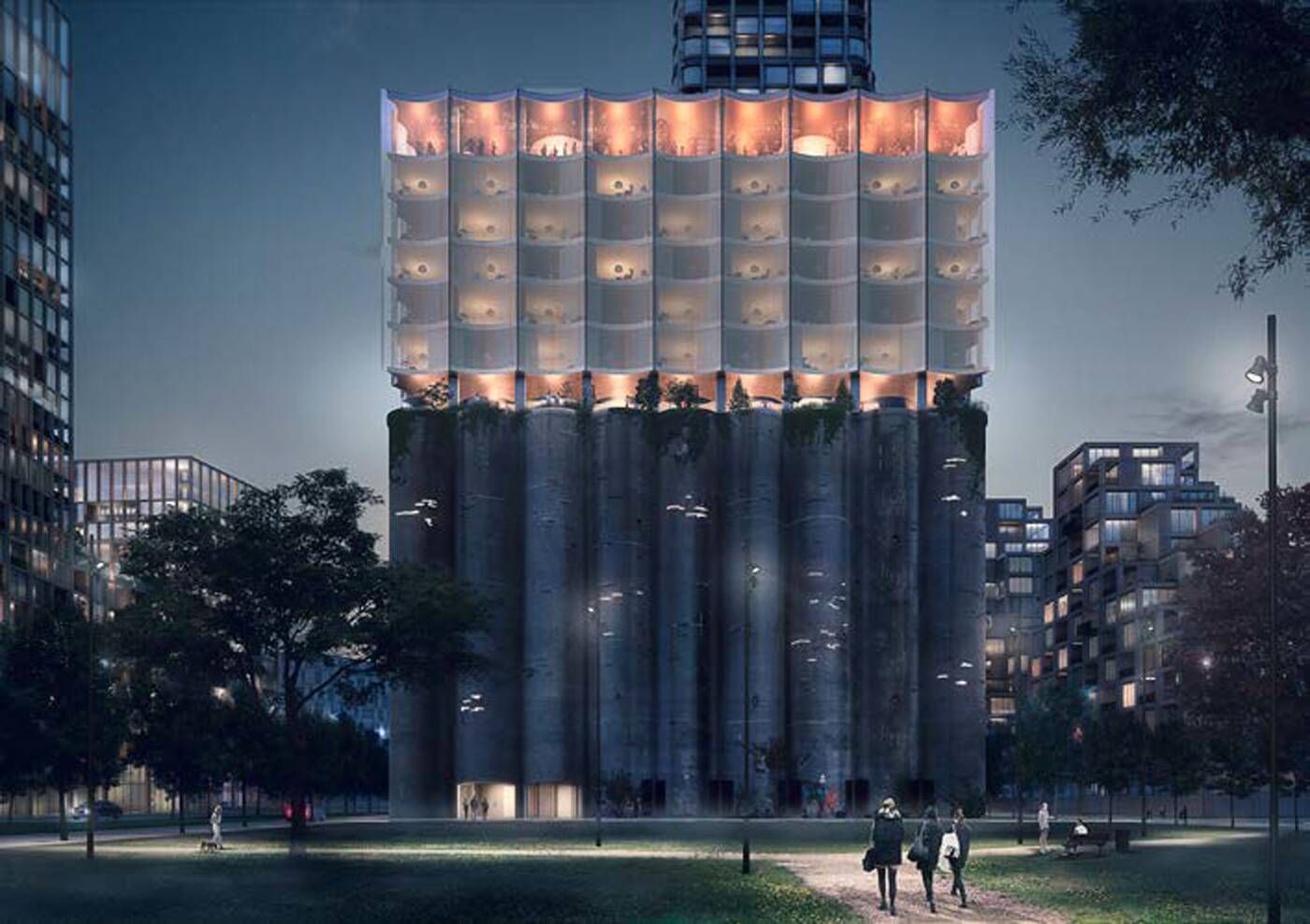 Height isn't the only criteria for projects on this list, but it sure doesn't hurt. Condo towers of 78 and 75 storeys were proposed by developer KingSett Capital in September, replacing an earlier plan with a flashy new design by BDP Quadrangle. 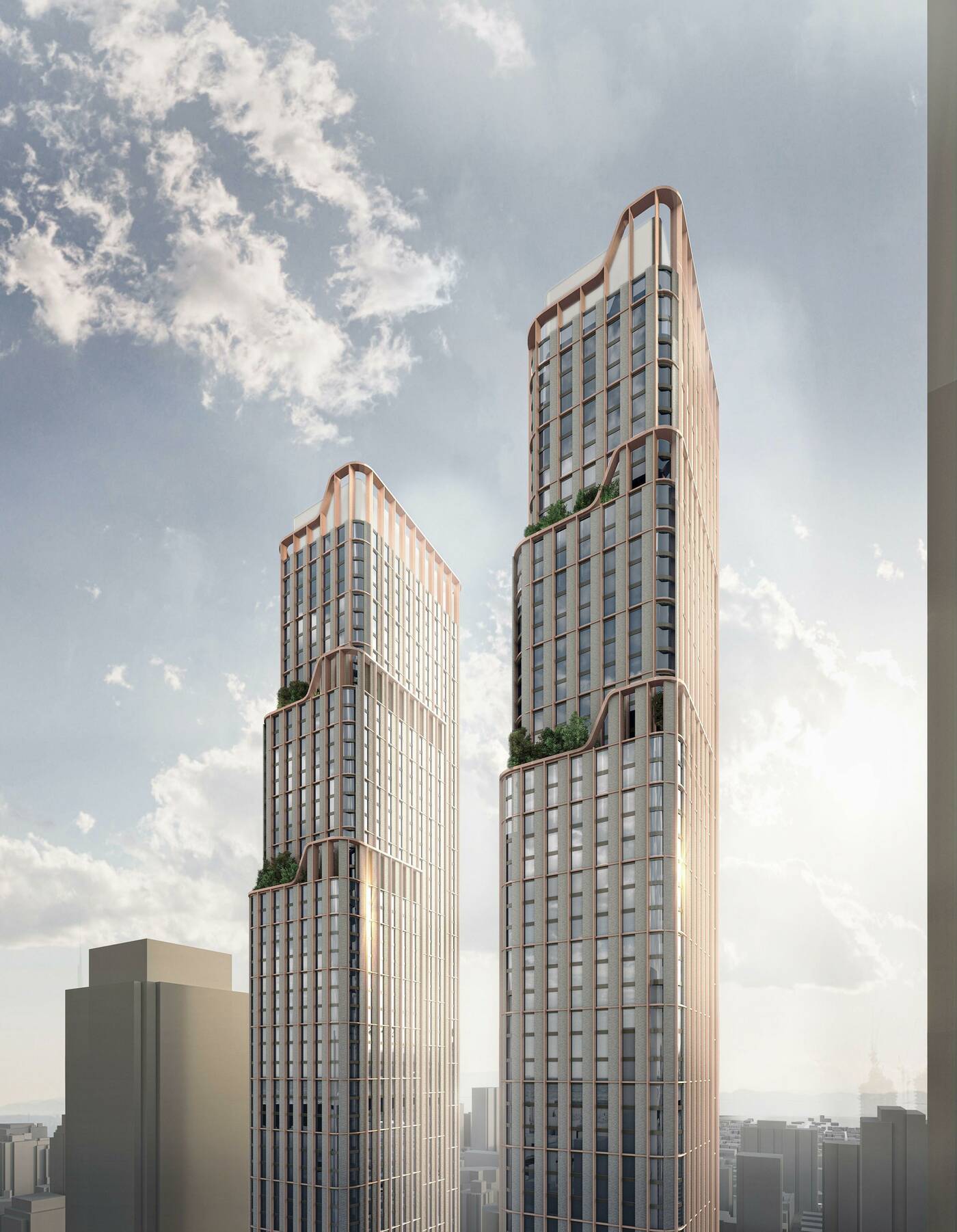 With heights of over 255 and 246 metres, these buildings would have a mammoth presence over the intersection of Yonge and Wood, replacing the current Courtyard by Marriott complex just north of College subway station. 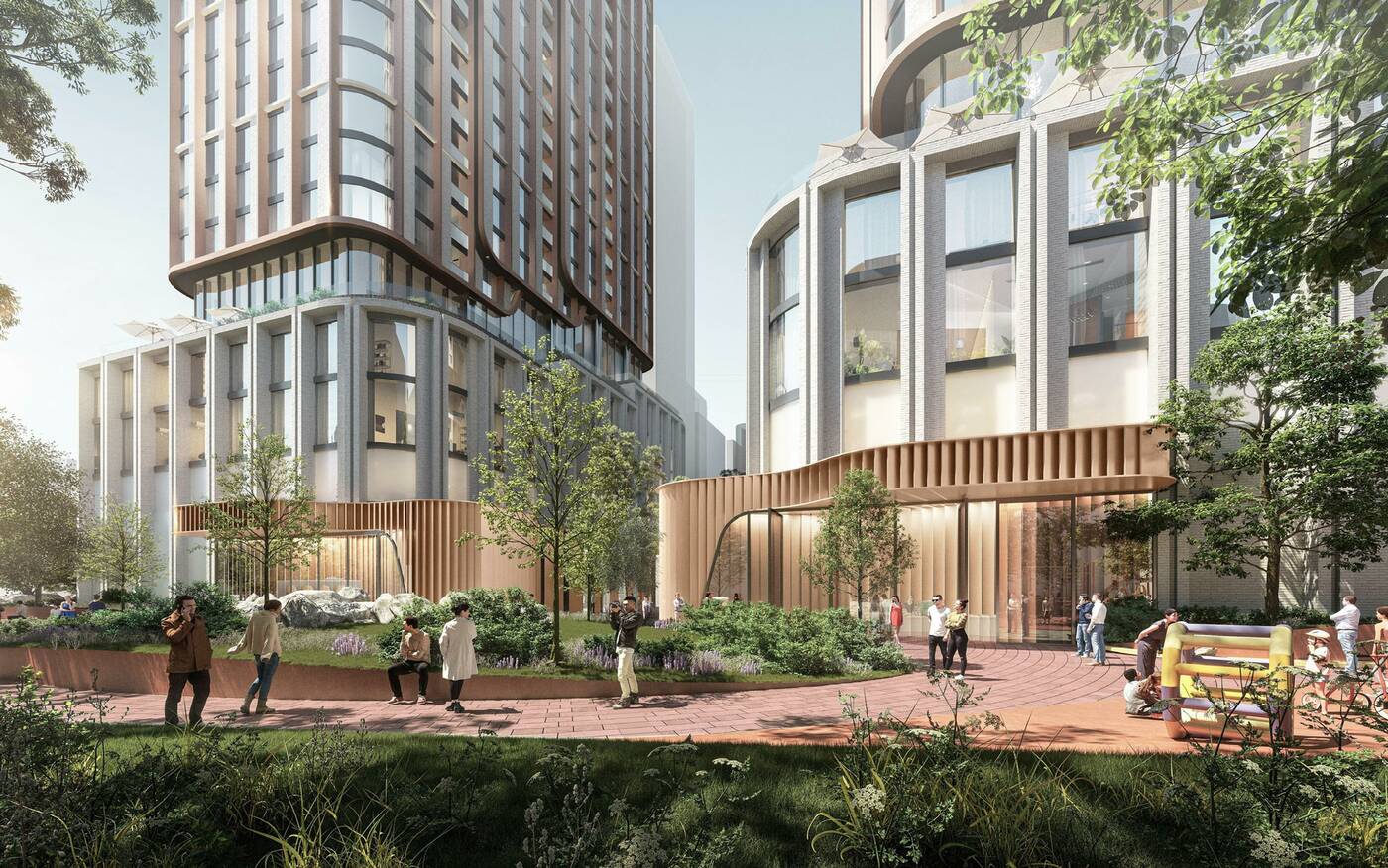 And that's just five out of hundreds proposed this year, with countless more projects in the pipeline that will contribute to Toronto's architectural character in the years to come.