Toronto could soon lose a familiar sight for passing motorists on the Richmond and Adelaide overpasses through Corktown.

The iconic Cube House at 1 Sumach Street might be lost to a newly-revealed redevelopment scheme that would see the house replaced with a condominium and affordable housing development. 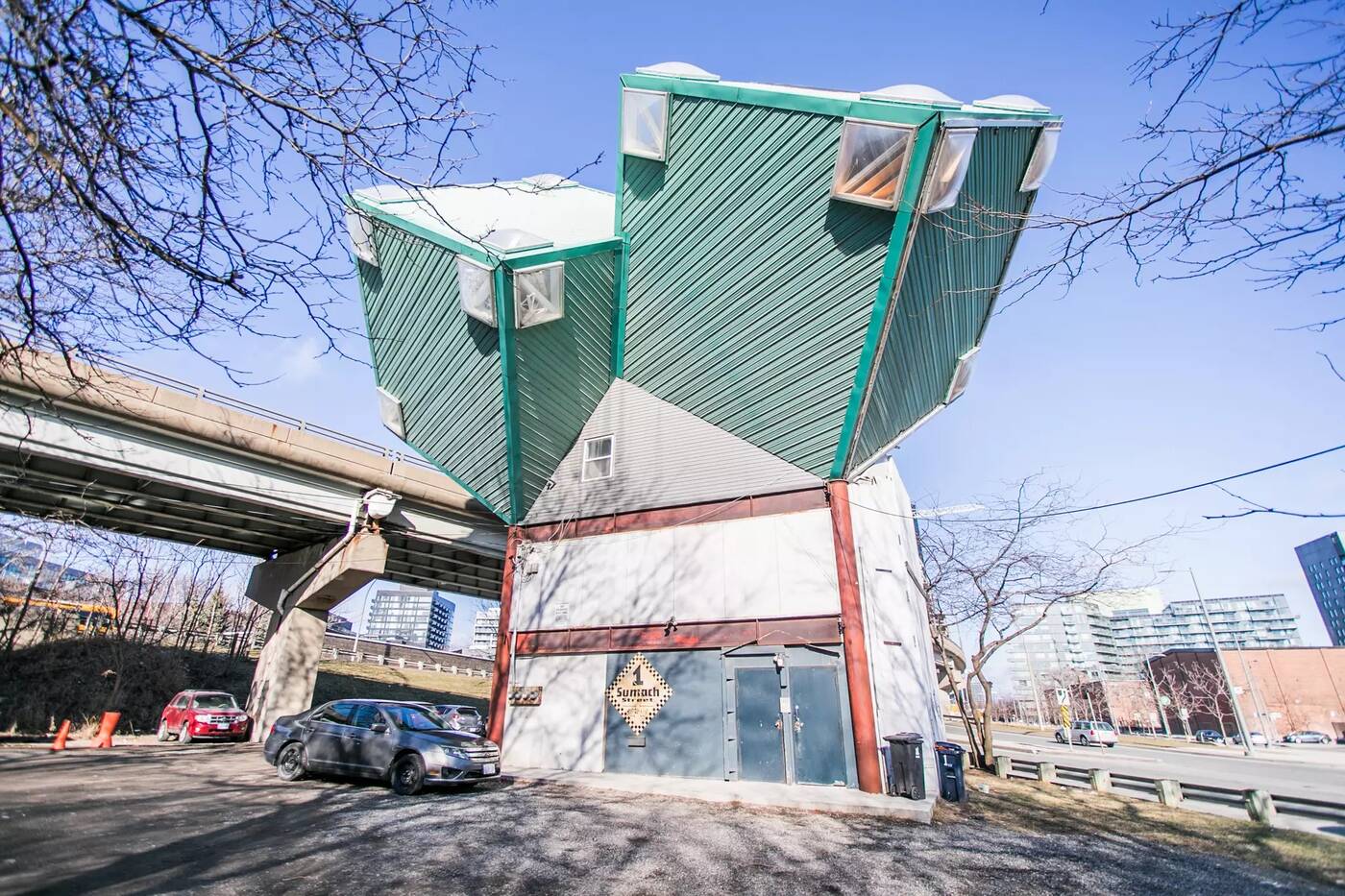 The Cube House at 1 Sumach. Photo by Fareen Karim

The house was built in 1996, occupying a patch of gravel, grass and trees in the shadow of elevated overpasses.

The brainchild of architect Ben Kutner and his partner Jeff Brown, its striking bundled-cube design sits on a pedestal, directly inspired by homes of the same style built in the Netherlands a couple of decades before.

Dutch architect Piet Blom's cube houses in Rotterdam and Helmond have fared much better over the years than their Toronto counterparts. 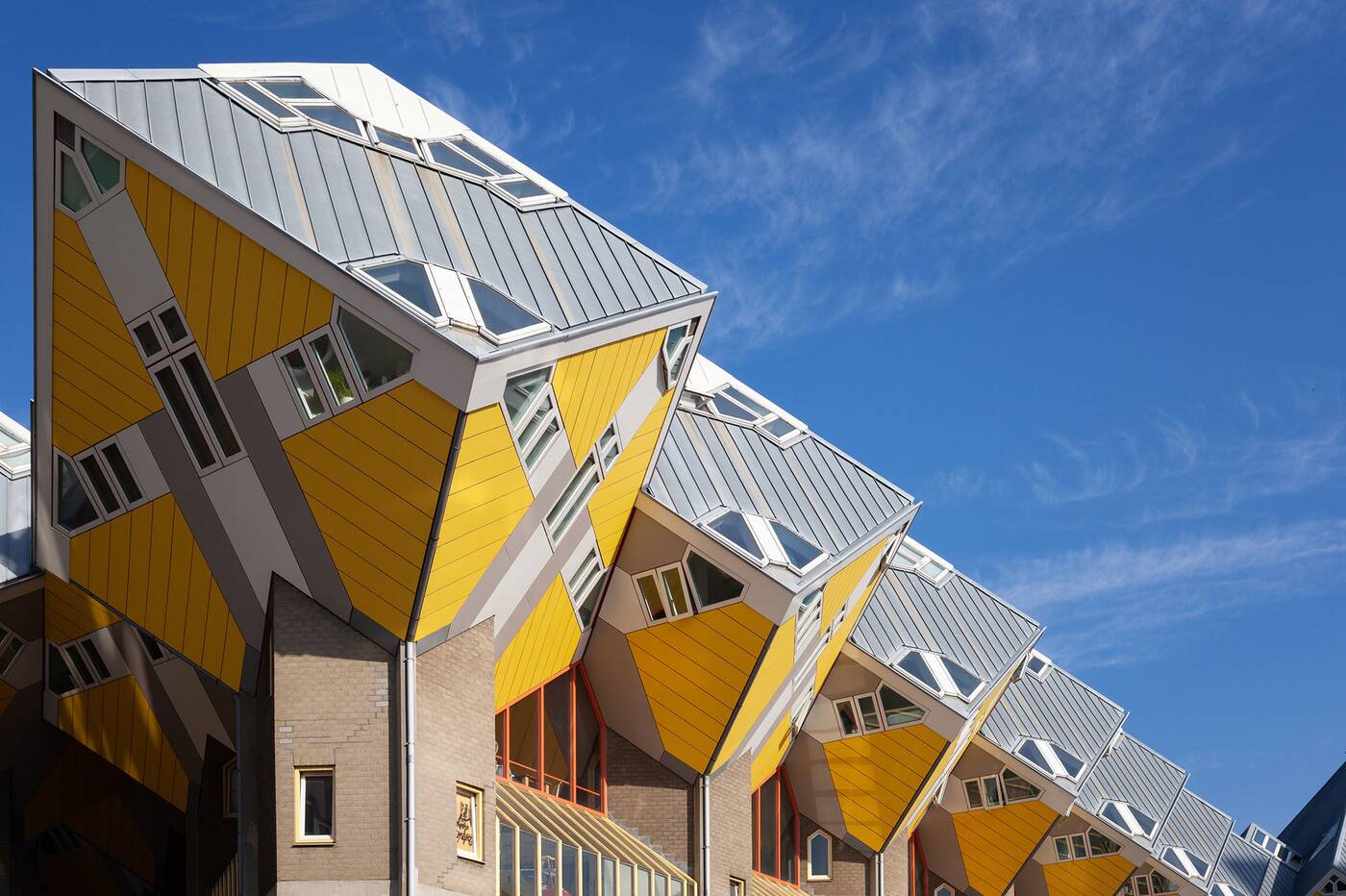 The Toronto house's low-traffic location and unkempt public realm have been an invitation for vandalism over the years. Sometimes, the destruction is self-inflicted, with subsequent owners using the building for advertising space. 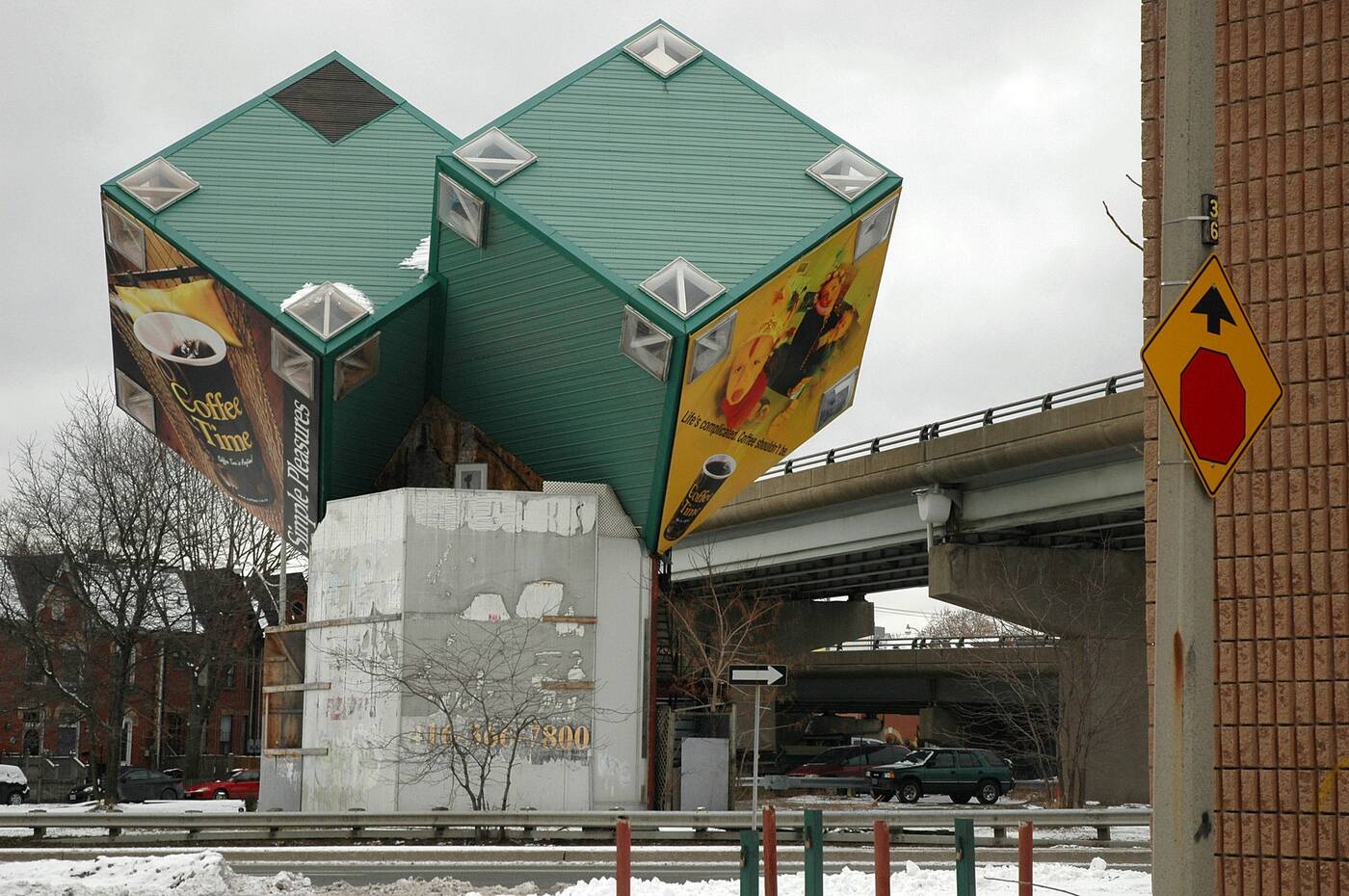 Unlike its tourist attraction cousins across the Atlantic, Toronto's Cube House has always sat alone with little attention from tourists.

The house was first threatened in 2016 when its site was put up for sale to take advantage of a peaking real estate market.

It was expected from the beginning that the sale of the property would ultimately spell the end of this quirky geometric landmark, its loss now suggested in a new development scheme for the site. 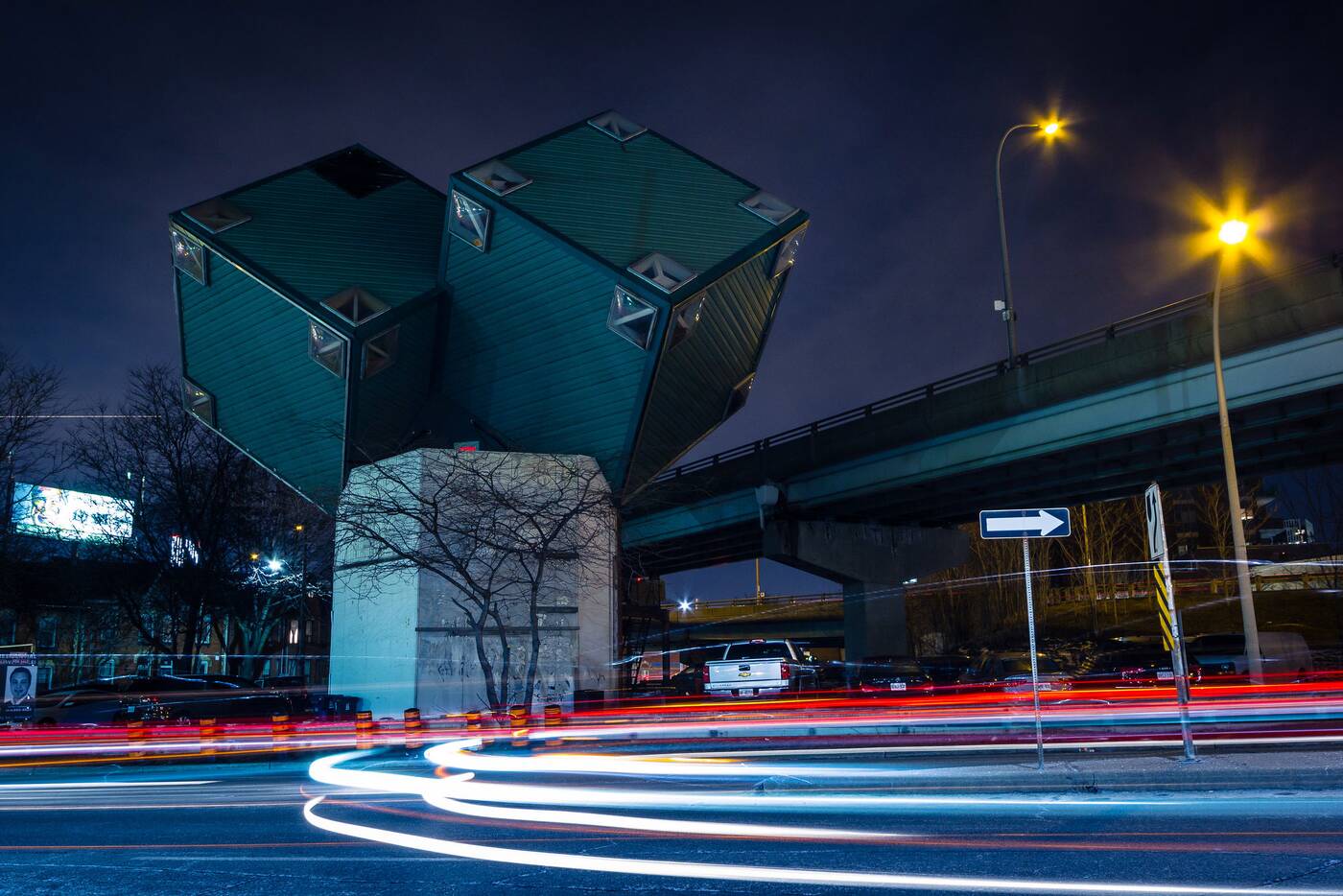 Night view of the Cube House. Photo by ^CityPines^

Plans revealed in an article from The Globe's architecture critic Alex Bozikovic identify the Cube House site as the location of a proposal from Markee Developments. This real estate company includes former Toronto Chief Planner and later mayoral candidate Jennifer Keesmaat as a partner.

Announcing Sumach Artsplace! We've reimagined this transit-rich but underutilized site to set a new standard for how affordable rental housing can be delivered on private land. 443 new homes, 27% of which will be purpose-built affordable rental. https://t.co/skuwlLv9DL

Known as Sumach Artsplace, the new development would bring 324 condos to the wedge-shaped site, with the market prices of the condominium sales to subsidize 119 affordable housing units.

Our site is tricky; an arterial, expressway ramp & a streetcar right-of-way constrain it. We asked: how can we weave the site back into the neighbhourhood, and create a distinct pedestrian place? We've turned Old Sumach Street into a shared street - a place for local gathering. pic.twitter.com/9Kz7U6y2QM

While there's a fair chance that the Cube House would be lost to this redevelopment, the building was originally designed to be moved, an option that Markee is open to considering.

The developers are more certain about their plan for a group of houses just west of the Cube House, which would partially demolished leaving just their facades.

We've also integrated Victorian semi-detached houses to be adaptively reused as community space, to be programmed in partnership with a community not-for-profit. They face the new shared street, which links to an extension of Underpass Park & a new connection to Percy Park. pic.twitter.com/oSLH99vYBZ

Markee is also looking to improve the experience of passing below the tangled mess of underpasses. Bozikovic reports that the developer "Markee are talking with the leaders of The Bentway, the non-profit which runs the vibrant public space underneath the Gardiner Expressway, about animating the area under the highway ramps."

Whether or not the Cube House will live on is yet to be known, but it should serve as consolation to those concerned about Toronto's housing crisis to know that affordable housing would be a key component in any redevelopment.