Stunning plans in the works to resurrect a Toronto industrial landmark

A bold proposal could breathe new life into a crumbling relic of a bygone industrial era on Toronto's waterfront.

Plans have been submitted by developer Dream for a mixed-use development at 351-369 Lake Shore Boulevard East, a mostly barren stretch of land at the foot of Parliament Street, most notably home to the heritage-protected Victory Soya Mills silos. 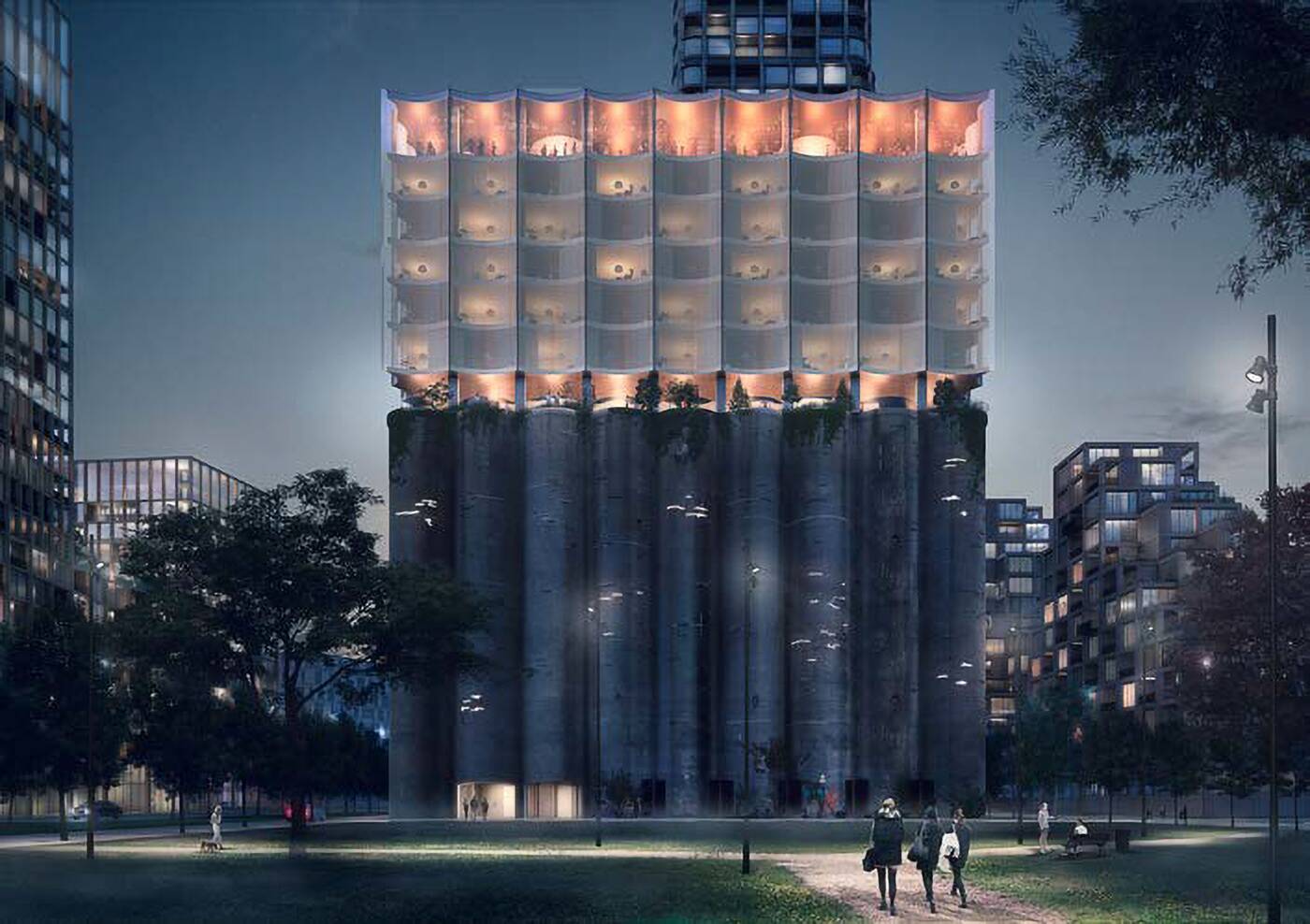 The proposal would feature a new structure within and above the heritage-protected silos. Rendering by Schmidt Hammer Lassen Architects.

Approved by the Ontario Land Tribunal this past spring, the new application (seeking to subdivide the site for development) is revealing details of an ambitious plan that includes some daring architecture, unlike anything that exists in Toronto today. 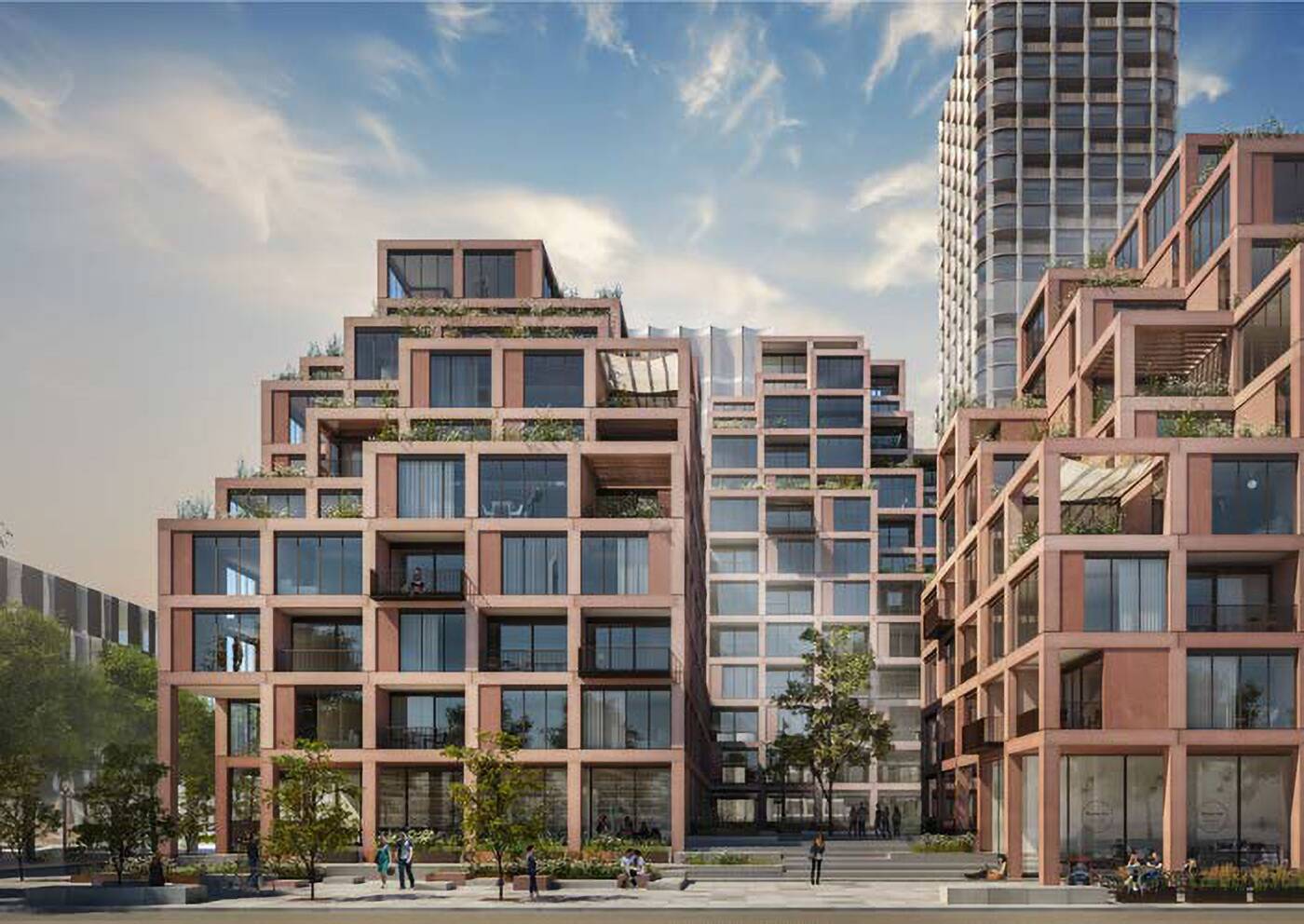 A mix of mid-rises and towers would populate the 5.3-acre site. Rendering by Schmidt Hammer Lassen Architects.

Dream has signed on Schmidt Hammer Lassen Architects, an international firm based out of Denmark to design their new 1,345,000 square-foot community on the 5.3-acre waterfront site, and the initial concept renderings are nothing short of breathtaking.

The proposal includes several towers spread across three land parcels. Closest to the lake, a south block would feature a pair of terraced buildings rising to maximum approved heights of 38 metres. Bookending the north end of the site, a 42-storey tower will rise over 130 metres next to the Gardiner Expressway. 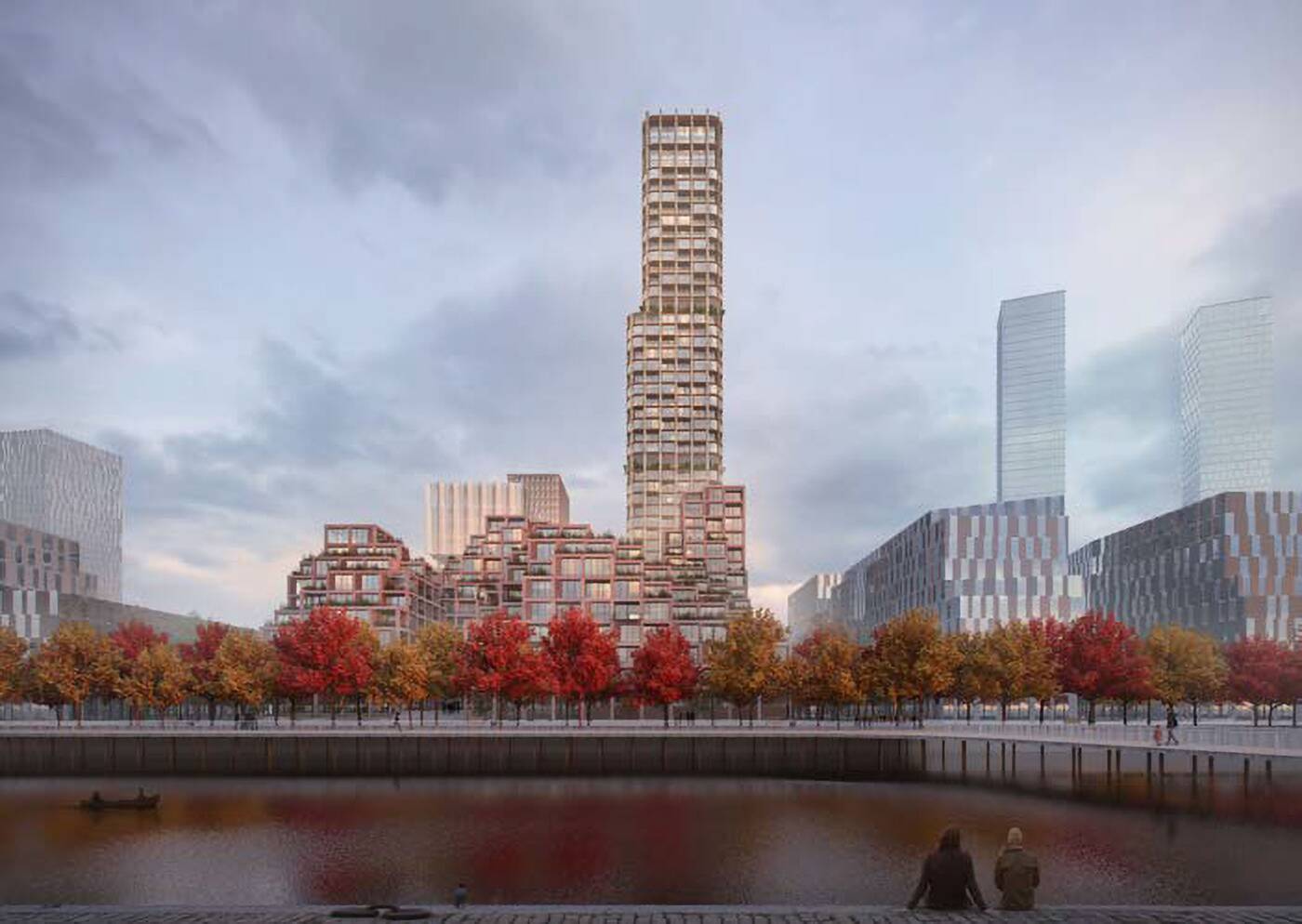 The tallest tower would rise closest to the Keating Channel. Rendering by Schmidt Hammer Lassen Architects.

The central block would feature the tallest building in the mix, a 49-storey tower that would top out over 150 metres high, along with an adaptive reuse of the Victory Soya Mills silos — designed to be the focal point of the project.

The silos would be modified to allow for a new structure to be built within its distinctive exterior. Above, a new addition would feature a reversal of the silos 36 cylindrical protrusions with rows of concave indentations. 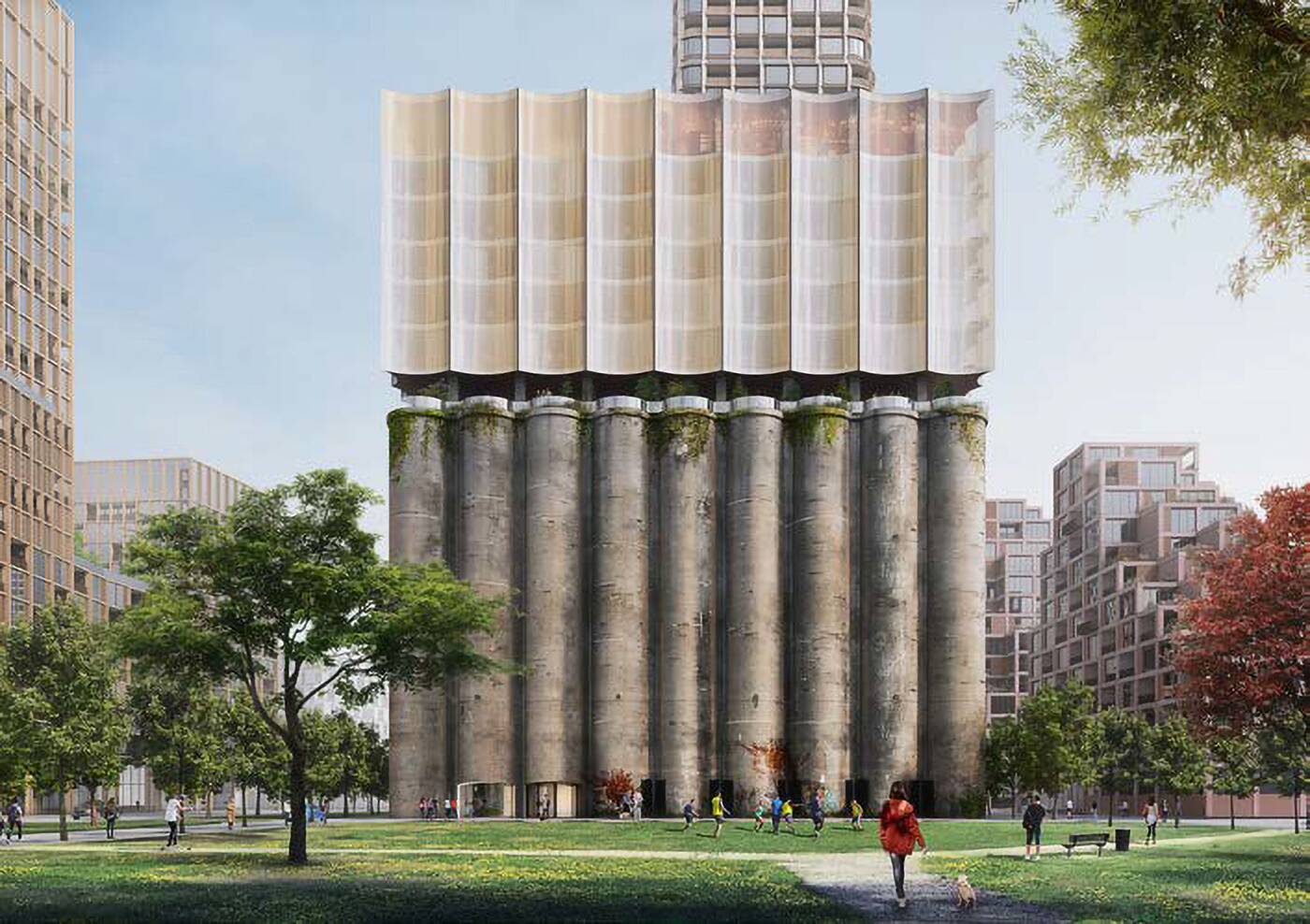 The heritage-protected silos' distinctive shape would be mirrored in the form above. Rendering by Schmidt Hammer Lassen Architects.

On top of a waterfront location and striking design, the 351 Lake Shore East project will also benefit from a planned southbound extension of Trinity Street.

This future road upgrade would connect the Distillery District in the north to this and other planned developments in the south via a cut below the rail tracks. 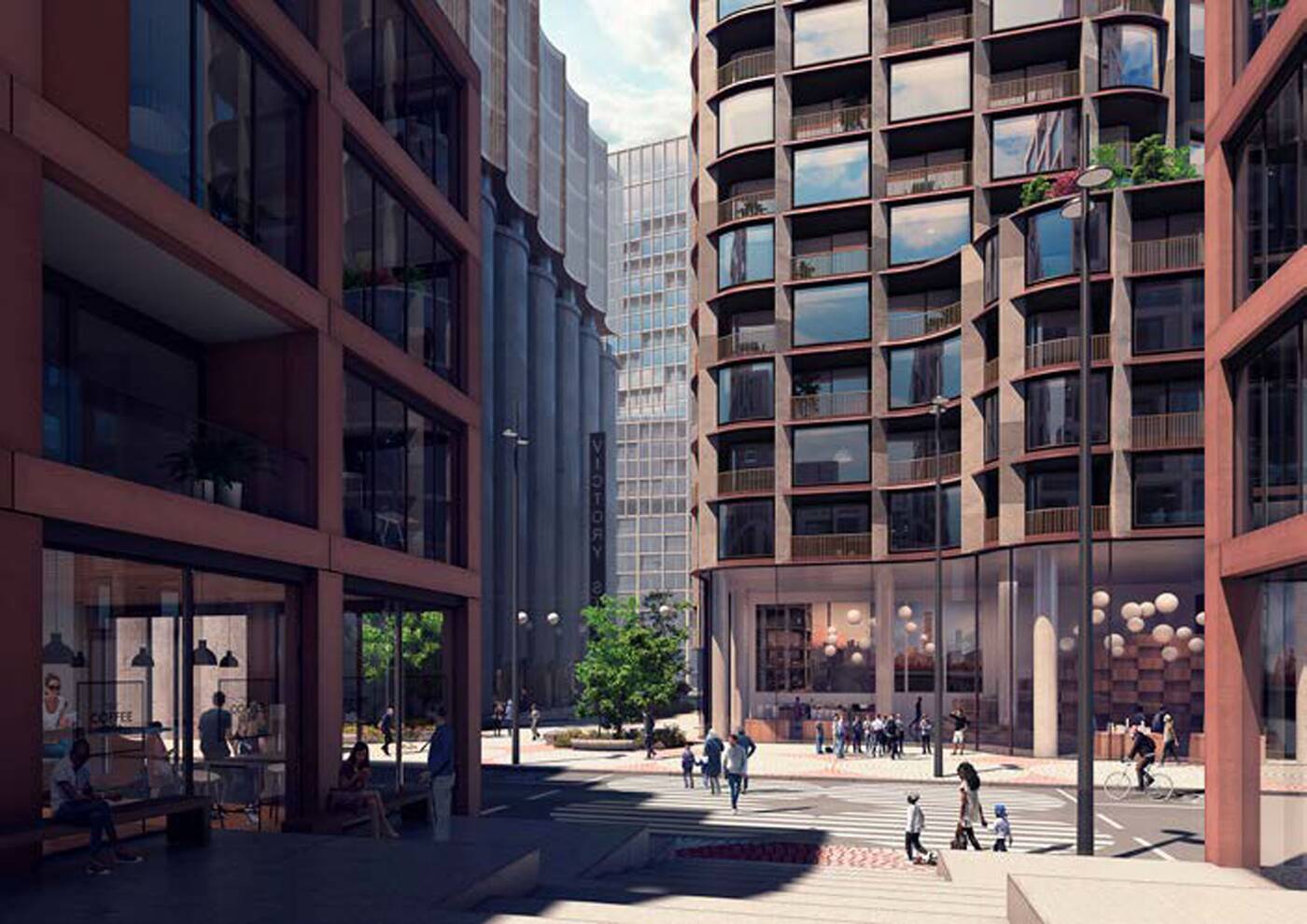 New streets and a public park dedication would serve the area with the infrastructure needed for new residents to take root. Rendering by Schmidt Hammer Lassen Architects.

Other new road infrastructure is proposed, like a new east-west public street that will be known as Promenade Road, as well as a 1,131 square metre public park dedication at the south end of the site.