A possible new architectural stunner for Toronto could be a little bit closer to reality, bringing the proposed super-skinny luxury condo tower to the next step in the city's planning process.

Developer Plaza wants to build a 28-storey tower with a dazzling lattice of rose gold-hued metal at 208 Bloor Street West, just across from the Royal Ontario Museum.

After reportedly purchasing the pencil-thin site in 2018 for $27 million, Plaza got to work, signing on architects BDP Quadrangle to design a statement of a tower that would stand out even within spitting distance of the ROM's iconic crystal. 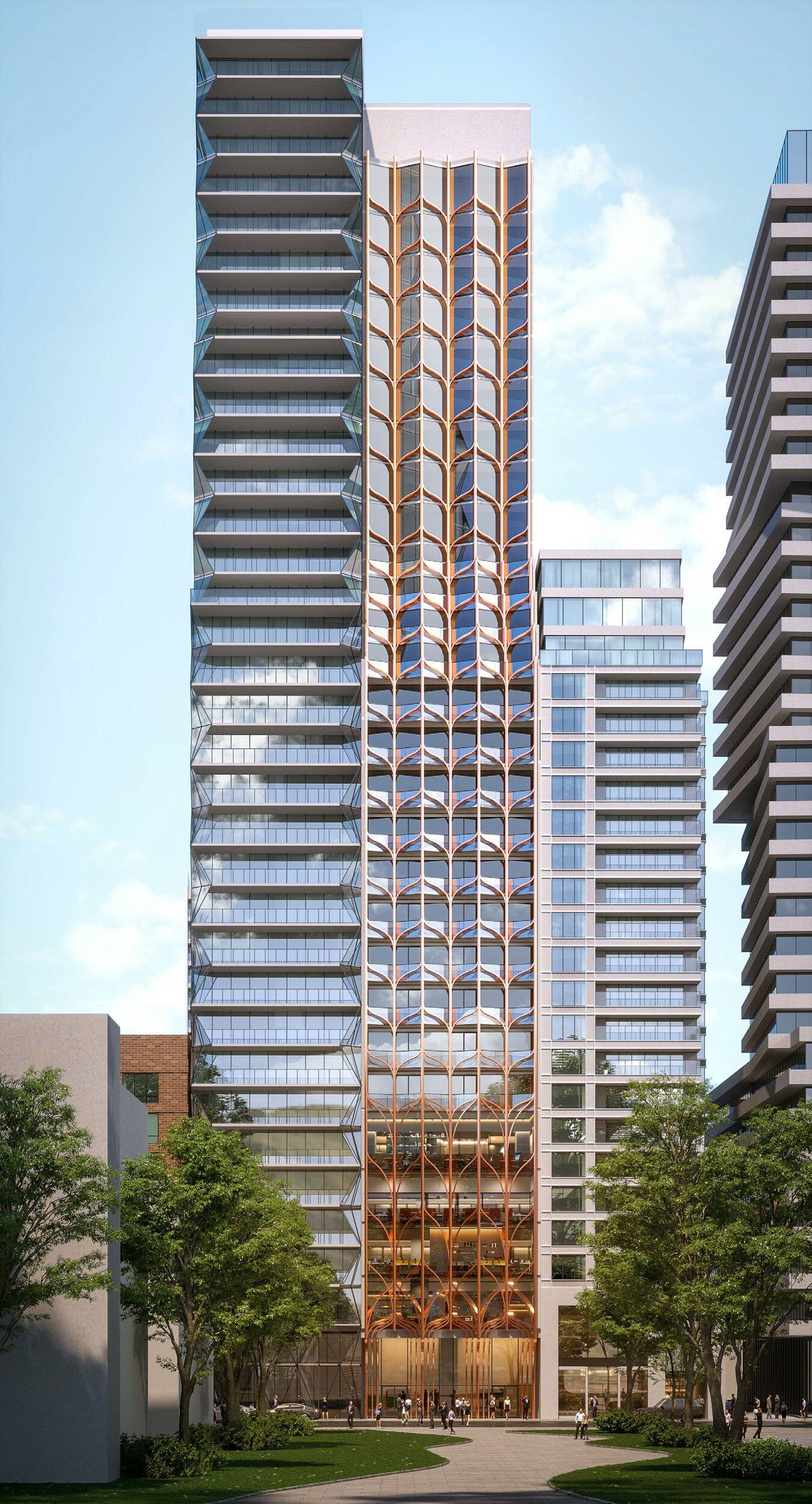 The initial application was made earlier this year for an elegant tower meeting Bloor Street with a base containing office space, the levels above proposed to house an exclusive collection of just 46 suites, with only two units on each floor.

But the city quickly fired back with several concerns about the project, including issues with the site being too small to accommodate a tall building of this size, a lack of tower separation, and impacts of shadows and wind on adjacent buildings.

It seems the latest plans have done little to address these concerns, the current submission appearing very similar to the first.

Most notably, the original proposal's height of 105.36 metres has been trimmed down, but not by much. Dropping to 105.17 metres, the latest plans remove a grand total of 19 centimetres from the tower height. 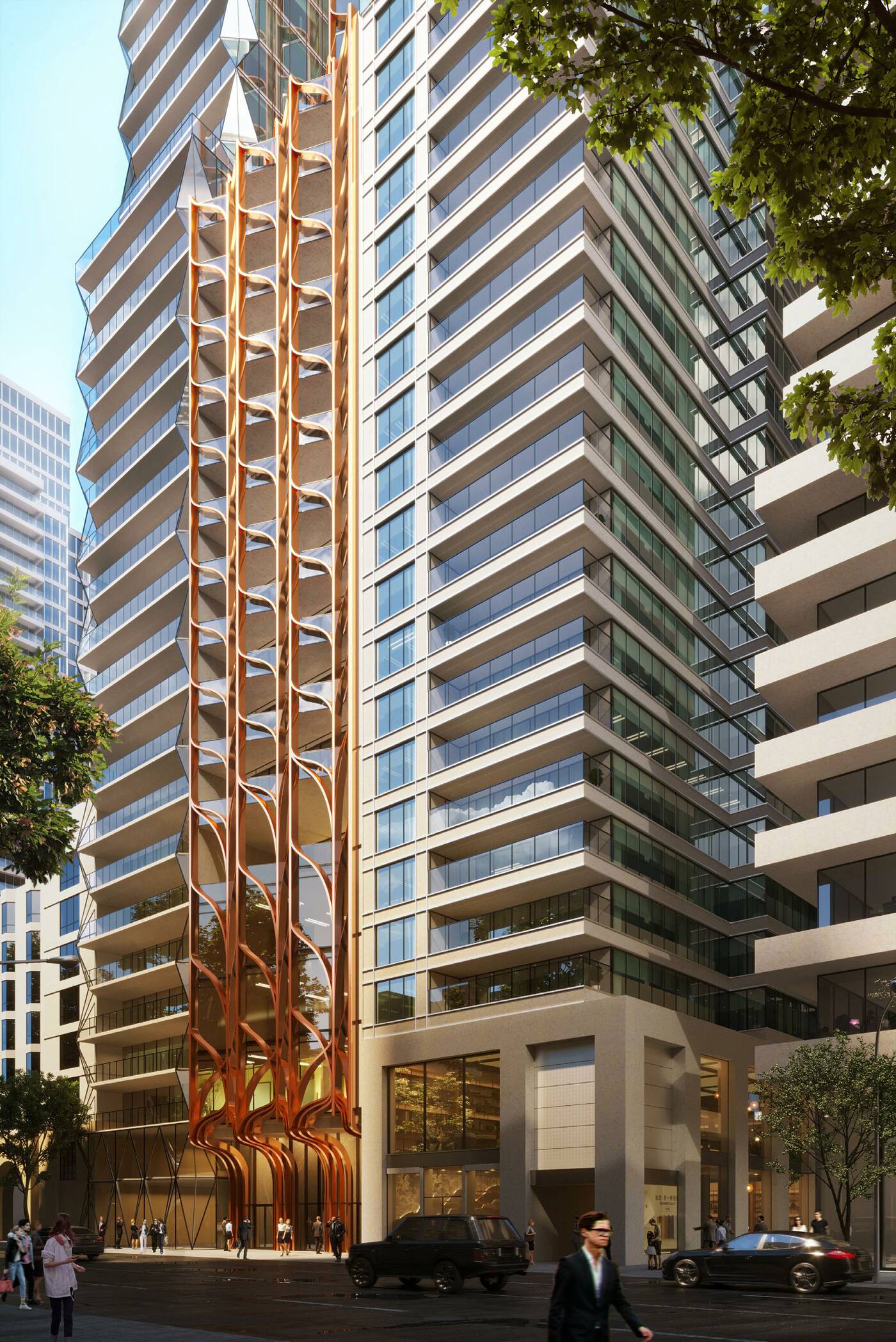 Undoubtedly not what city planners had in mind when suggesting a height reduction.

And while this height reduction falls within the margins of a big hairdo and platform shoes, some big changes at a nearby property have reshaped the outlook for this project since first proposed. 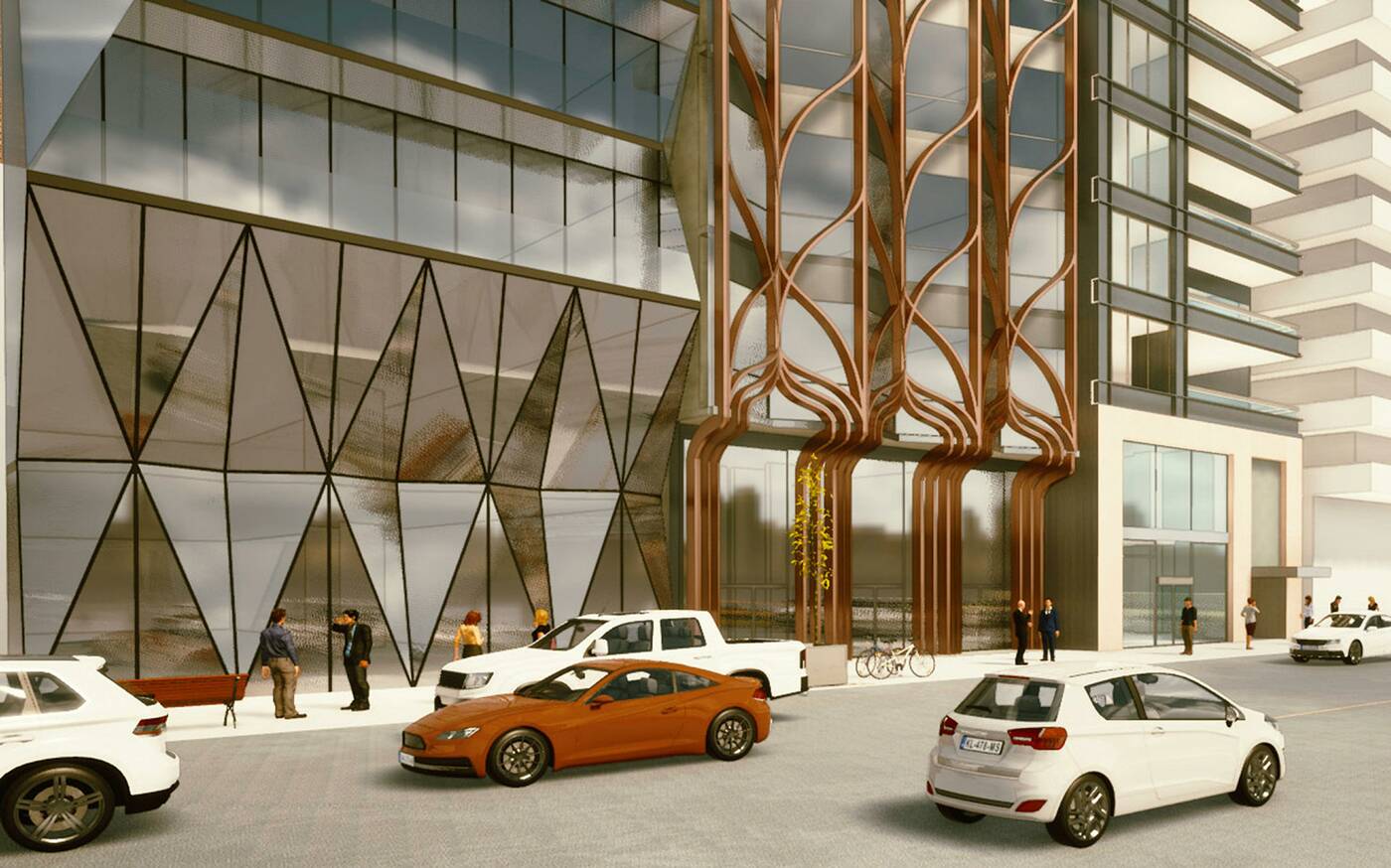 Bloor Street details at the base of 208 Bloor West. Rendering by BDP Quadrangle.

The Ontario Land Tribunal's (OLT) approval in principle of an even taller development next door at 210 Bloor West has kicked the door wide open for a building of this size to be approved.

The latest submission's lack of real change could be interpreted as an acknowledgement that the rules are changing on this block, and possibly foreshadow a future OLT battle between the city and developer to determine the fate of this development.

Adding on to the early 2021 applications for rezoning and an Official Plan amendment, which have yet to be approved, the latest step forward for the project seeks Site Plan Approval.

At this stage, finer points of a proposed development are assessed, including its design and technical aspects.