With many people having spent the past year stuck at home, Toronto continues to change and evolve. By the time it becomes safe to completely open the city, don't be surprised if you don't recognize parts of it.

A new condo proposal for 208 Bloor Street West would add some glitzy flair to the Annex's border, with an intricate facade that early renderings show to have a rose gold colouring. If approved, the skinny 28-storey condo would be home to 46 residential units and nearly 13,000 square feet of office space.

The application submitted to the City of Toronto details the project that would redevelop the nine-storey commercial building currently located at that address which houses popular businesses such as the Museum Tavern and Over Easy.

It won't be the only Bloor Street building getting a brand new facade either with Holt Renfrew's newest redesign having recently been unveiled just a block away.

Unlike the wide-spreading department store, however, the proposed condo wouldn't take up much of Bloor Street at all, spreading only 44.2 feet across Bloor covering the full width of the site. 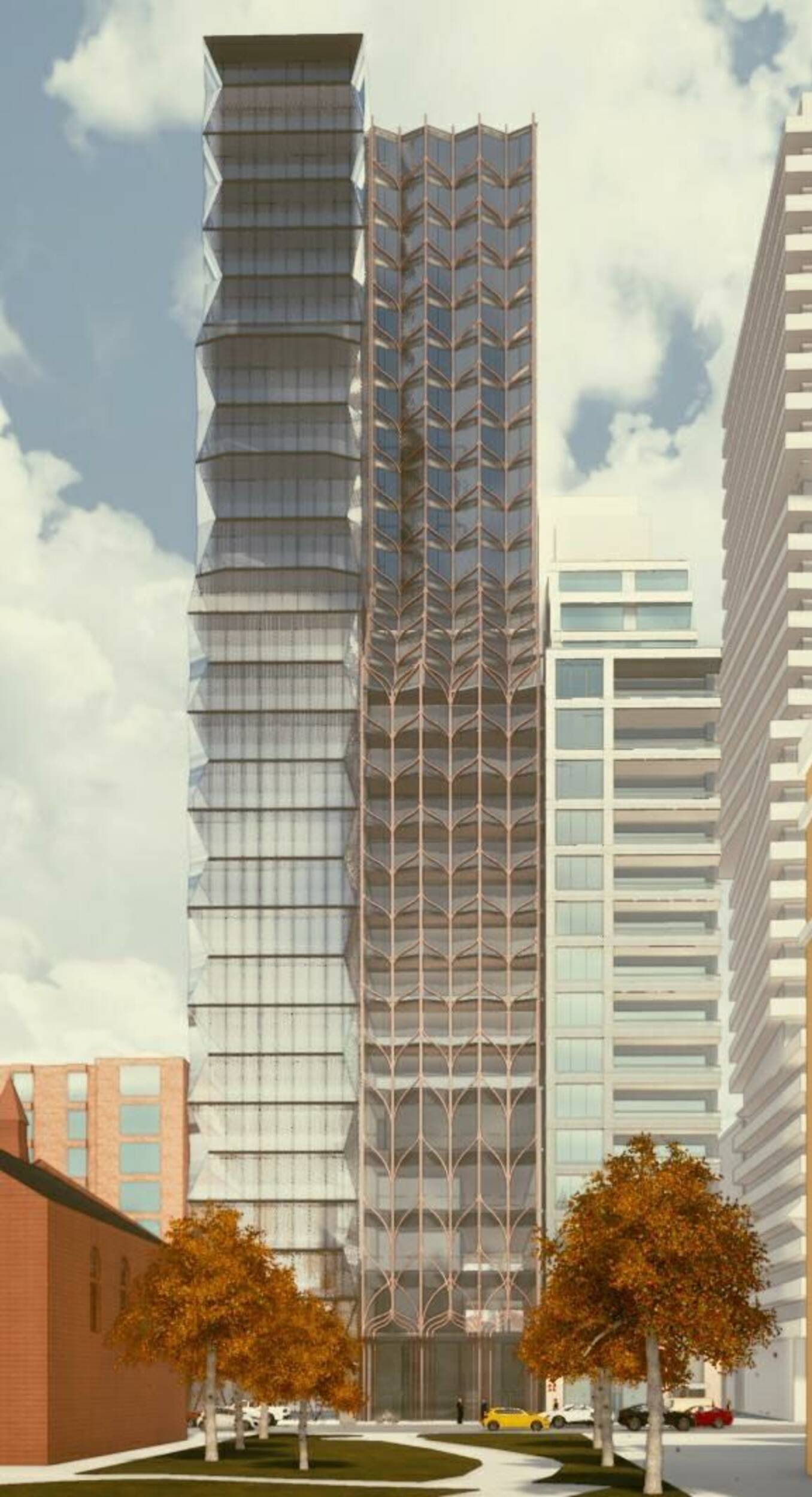 "The development proposal, with its unique architecture, represents an exciting opportunity to continue the ongoing transformation of this prominent block on one of Toronto’s most iconic streets," states the application's cover letter.

"The proposal seeks to advance city-building objectives: it will introduce new residential uses including large units suitable for families, achieve appropriate fit and transition within the existing context, contribute to a safe, accessible and attractive public realm, and replace over 45% of the existing office uses on site."

The luxurious looking building seems like a mix out of something you'd find in Las Vegas or New York City's Fifth Avenue. Walking the line between elegant and extra, it will be interesting to see just how much this city continues to change as it begins to open up again.