One of the last pockets of quaint, low-rise housing in Toronto's Upper Jarvis neighbourhood could be entirely erased by a new two-tower development proposed on a roughly 1.4-acre block bounded by Linden, Huntley, and Selby Streets. 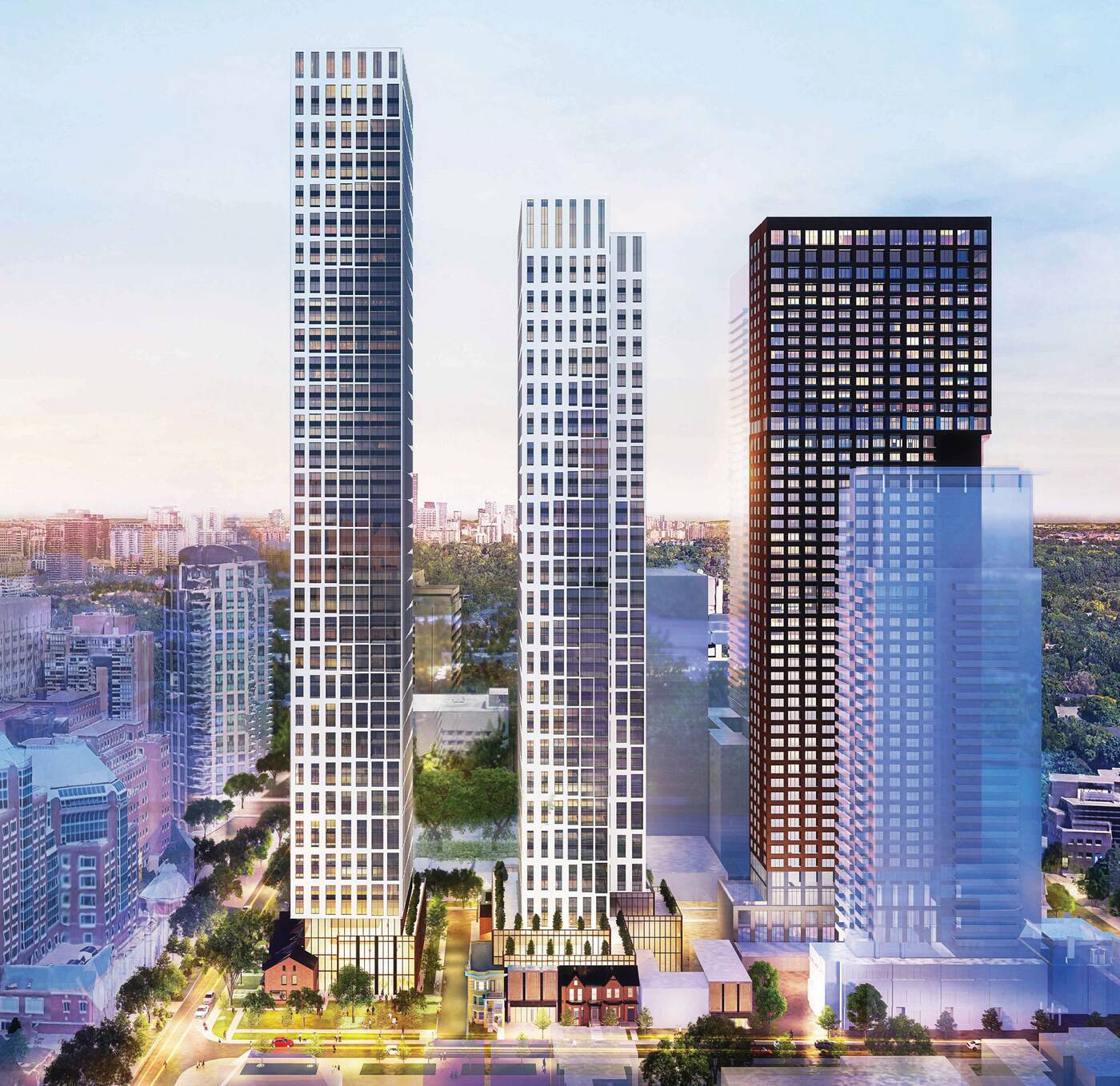 Looking north to the HuntleySelby development, the two towers on the right not a part of the redevelopment. Rendering by IBI Group.

The complex's taller west tower would rise just over 195 metres, with the east tower to stand 163 metres tall. While these heights are more or less in line with the tall towers that already exist at the east end of this block, it would be a huge transition from the two-to-three-storey heights that exist on the site today.

The look of the block will change a fair bit if the proposal is approved, though it wouldn't be left entirely unrecognizable. Fifteen of the buildings on site would be preserved in some form, though mainly just through facade retentions.

Area residents would also get a small public park out of the project, located at the southwest corner of the site along Linden Street. 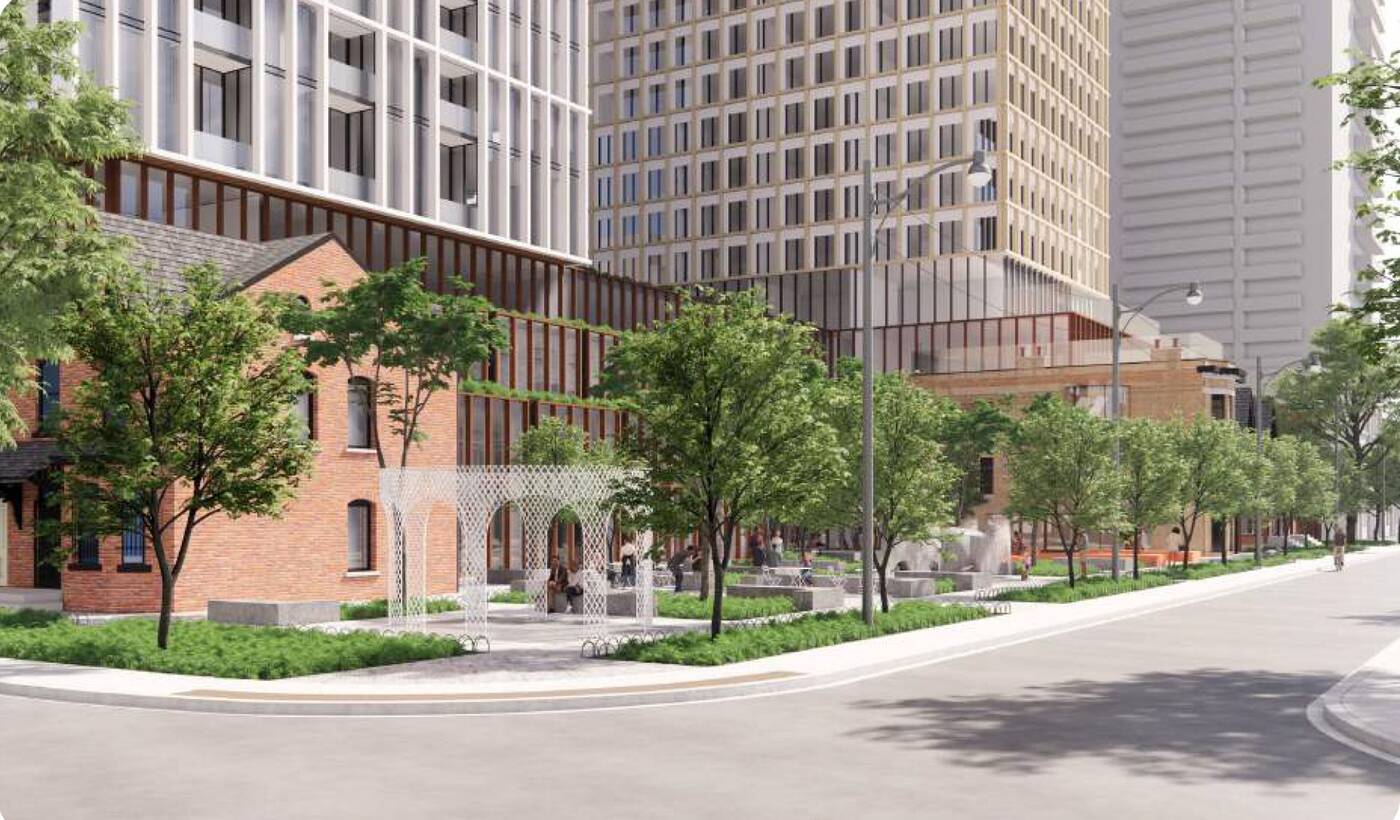 The development would create a new 460 square-metre park along Linden Street. Rendering by IBI Group.

Broccolini wants to bring almost 1,300 new homes to the block. The majority — 1,165 of the units — are proposed as the condominiums that Toronto complains about constantly.

But before you reach for your pitchforks, the project also intends to give back to the community with 76 affordable rental units, joining 56 rentals to replace the existing units that would be demolished.

If a few dozen affordable homes and a small park don't seem like enough to offset the grumbling that comes to be expected with so many condos, there's actually quite a bit more in store for the community.

Broccolini has been working closely with former Chief Planner for the City of Toronto, Jennifer Keesmaat, on one of her first solo projects since leaving that role in 2017.

And Keesmaat's knowledge of what makes a city great shines through in the proposal, with a number of potential public investments listed on top of the park and affordable rental housing.

Planning documents reveal that these include the possibility of a new daycare and the creation of "space and a platform for community equity, utilizing a not-for-profit/Community Land Trust model, or, in partnership with an existing community organization that could take on the ownership and management of the proposed community spaces and a number of the affordable rental apartment units, all at no cost."

Seeking engagement with the community, the developer has set up a website, giving the public the opportunity to comment on what they like and dislike about the project.