Toronto's Riverside neighbourhood could soon be getting an eye-catching condo complex on a site that presently includes a row of derelict, crumbling townhouses that look like something straight out of a zombie flick. 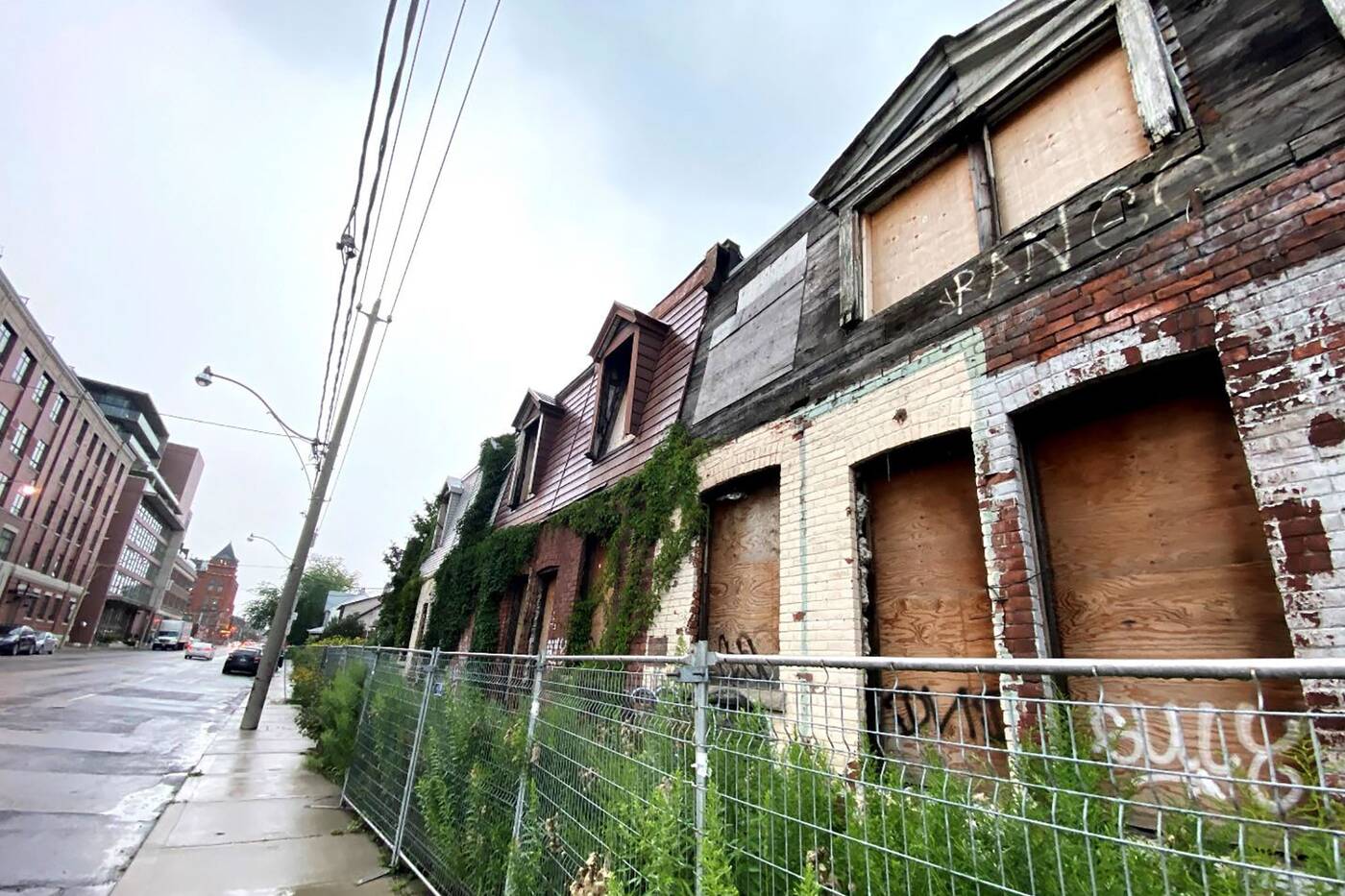 Looking north on Broadview with the abandoned homes in the foreground. Photo via submission to City of Toronto.

A new application submitted with the City wants to level an entire block wrapping around the northeast corner of Broadview Avenue and Eastern Avenue, replacing it with an eccentric-looking 12-storey condo complex.

But this condo is different, unlike anything we have seen built in Toronto during the last decade-plus of the condominium craze.

Submitted with the working title of "Broadview and Eastern," the project at 21 Broadview Avenue features an avant-garde design from Danish architecture firm CEBRA, working with Toronto-based Kasian Architecture. 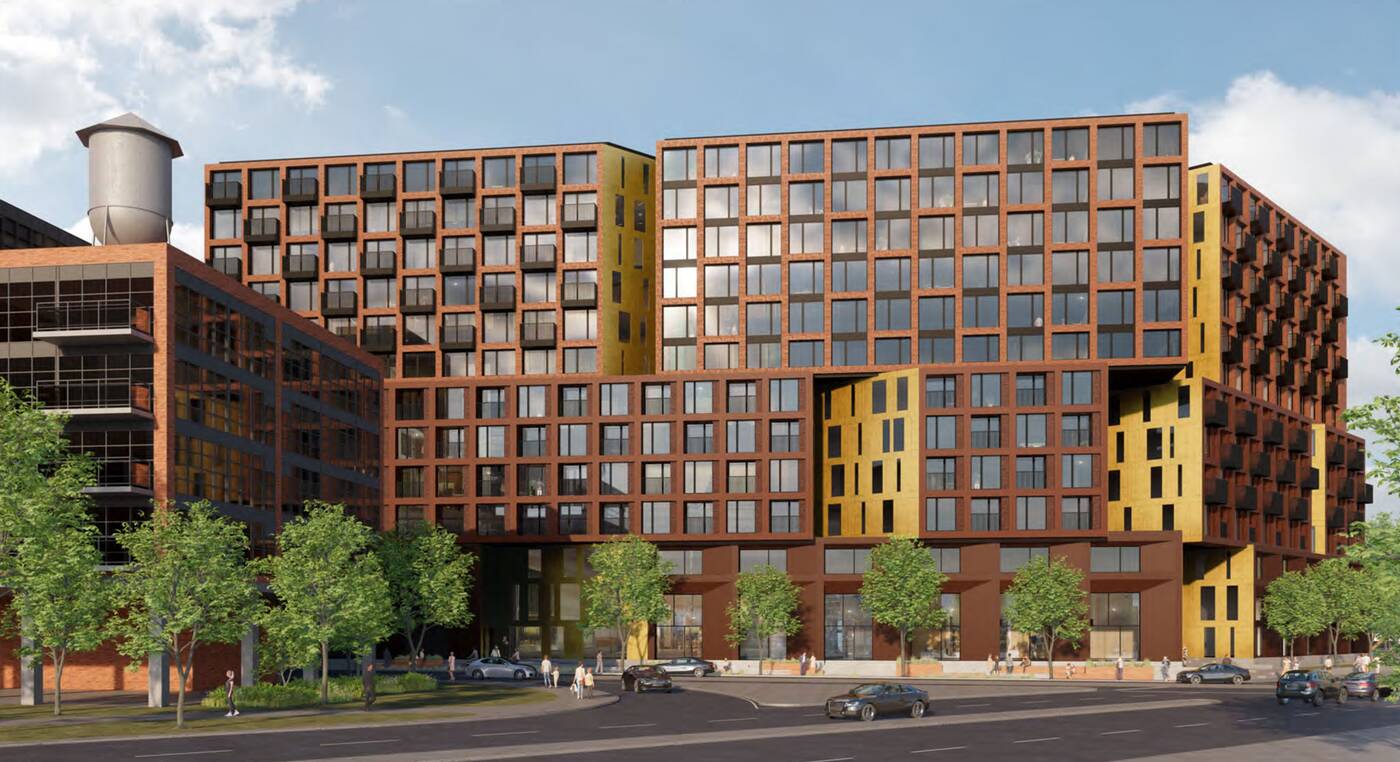 Looking east on Eastern Avenue toward the proposed development. Rendering by CEBRA via submission to City of Toronto.

In addition to the ten dilapidated townhouses on Broadview, the proposal from Streetcar Developments — owners of the Gladstone Hotel — aims to replace the Downtown Hyundai Toronto car dealership, a repair garage on Eastern Avenue, and portions of backyards along Lewis Street that have been purchased and severed from homes. 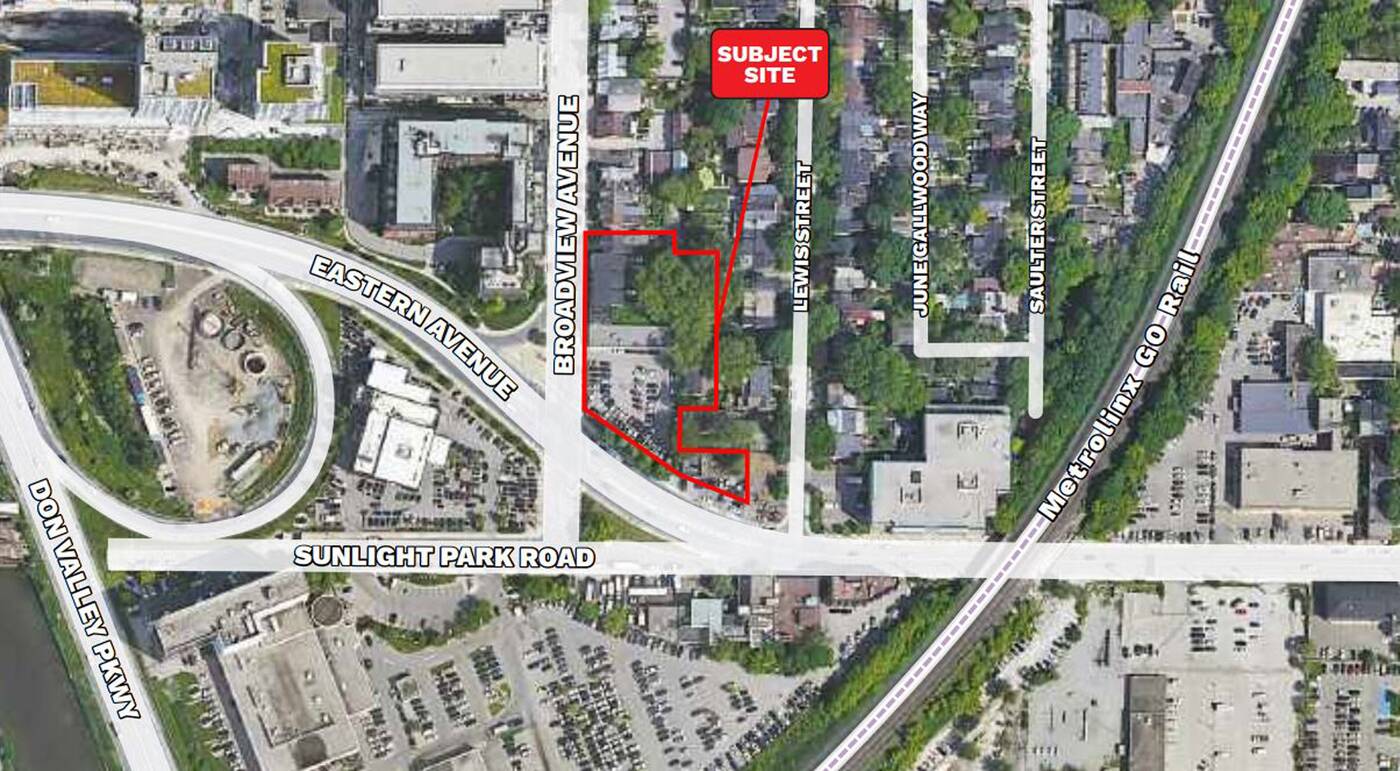 Site of the proposed development. Image via submission to City of Toronto.

In place of what we'd lose, Toronto would be getting some pretty spectacular design, a far cry from the bland, monochromatic condo developments that we've become all too accustomed to seeing.

No blue or green glass and plasticky finishes are in the mix here. Instead, CEBRA is working with a palette of contrasting brick and metallic materials with various textures and a building shape that breaks the mould of contemporary Toronto condo traditions. 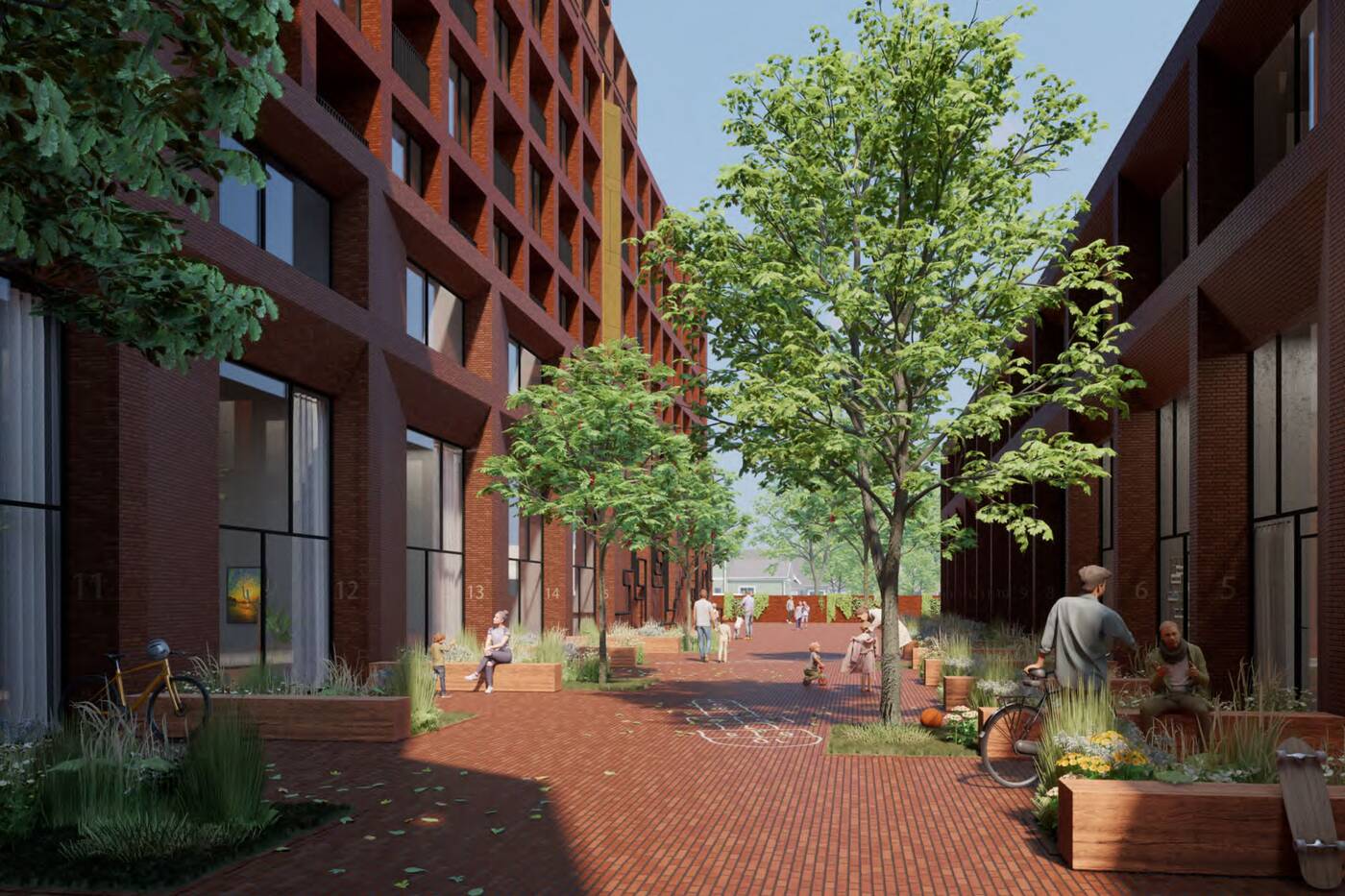 Internal courtyard with trees and plantings, paved in and surrounded by brick finishes. Rendering by CEBRA via submission to City of Toronto.

CEBRA has yet to build anything in the city just yet, though the firm has designed a new Instructional Centre coming soon to the University of Toronto Scarborough Campus, a restrained contribution to a pretty insane portfolio of innovative designs.

The building would bring 340 condominium units to the Riverside area, with 110 one-bedrooms, 195 two-bedrooms, and 35 three-bedroom units. Fifteen units would be townhomes with private entrances fronting onto a private internal courtyard accessible only to building residents.

While not everyone in the neighbourhood will be excited by the prospect of condos or flashy architecture, the area would be getting some important things back from the proposal, sure to be enjoyed by the wider community and residents of the new condos.

At the base of the building, 794 square metres of proposed retail space would add new life to the intersection.

The city would also be getting a new public park out of the plan, with a 466-square metre land dedication (approximately 10 per cent of the total site) along the Eastern Avenue frontage.

Potential issues with the neighbourhood could arise through the planning process, such as the building's addition of hundreds of new residents and the proposed 102 parking spaces' possible impact on local traffic.