New tower to be plopped above parking garage on Toronto's waterfront

Toronto is building new towers on increasingly weird sites, an answer to skyrocketing real estate values and a scarcity of buildable land.

The latest oddity in the new proposal pipeline is part of a long-term expansion of a rental complex on Queens Quay West in the Harbourfront area.

Formerly known as Maple Leaf Quay, the rebranded complex now dubbed The Quay is home to a pair of 1980s rental towers framing a harbour slip just east of Spadina.

After a colourful restoration gave the pair of old towers new life in 2015, plans were tabled with the City to bring another rental tower to the site's interior in early 2016.

The complex is now pushing for a fourth tower, with another proposal submitted with the City this summer.

With limited space to expand the site, the latest proposal finds a few creative ways to pack new units into the already swelling neighbourhood. If approved, just about every possible inch of space on the site would be built out. 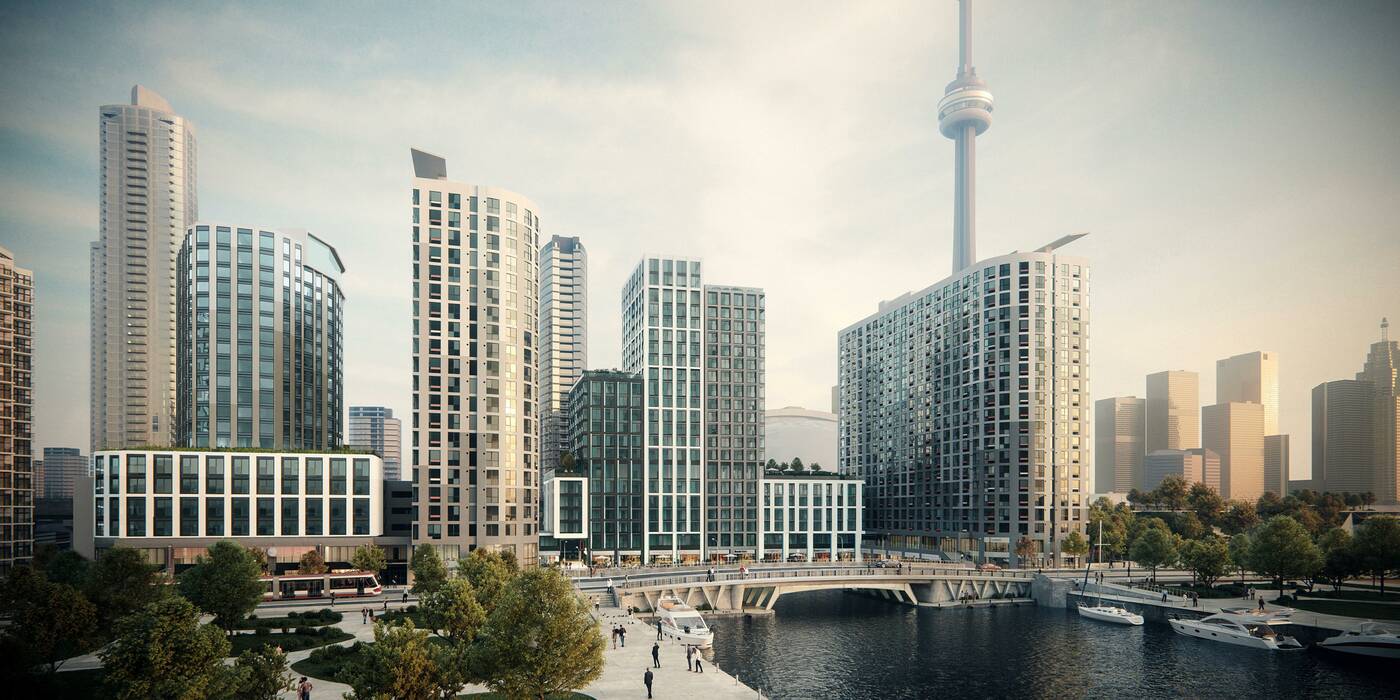 The most significant element of the proposal is a new tower planned atop the multi-level parking garage at the west end of the complex.

This 21-storey, purpose-built rental tower would rise above the northwest portion of the existing garage, standing prominently over the Gardiner Expressway.

More of the parking deck would be filled in to the south, with the plan also proposing a residential addition to the façade of the garage over Queens Quay West, adding four new residential floors above the existing Shoppers Drug Mart location.

This section would also double as a visual barrier, screening off the parking garage from Queens Quay.

If that wasn’t enough, the plan seeks to extend the north end of the existing 21-storey residential tower at 390 Queens Quay West, adding even more units to the mix.

The latest expansion plans include 239 new purpose-built rental units in addition to the yet-to-be-built third tower’s 340 rental units. Both expansion proposals would combine with the existing buildings to bring the total rentals on site up to 1,096 units.