Ah, Toronto home ownership, the dream that was not-so-long ago achievable by many with just a few years' salary, but is now completely out of reach for most.

Nearly a third of those living in the city have come to terms with the fact that they'll likely be renting for life, while even more — over half — understand that they'll never be able to afford property here.

Just this week, it was revealed that the average home price has surpassed $1 million in 90 per cent of the GTA, pandemic economic fallout be damned, while experts have noted that people need to have an average household income of just shy of $200,000 to cover the down payment on a detached house and pay off a mortgage over 25 long years.

Untenably high prices are still rising, too, and faster than any major city on the planet; market experts projected in the spring that homes in the city will cost a whopping $275,000 more in just two years.

And now, they're saying that prices in the region will increase by an entire $50,000 in the next few months alone.

Canadian real estate listing site Zoocasa's latest report on the future of residential real estate in the Toronto area is disheartening for prospective homeowners, though not exactly surprising.

Zoocasa expects that the average home price in the Toronto area will spike by another $52,131 by October 2021. Chart from Zoocasa.

Though the firm notes that the housing market has calmed "considerably" this season as far as sales volume and prices are climbing at a progressively slower rate each month, the lull, if you can even call it that, won't last long.

Based on data from the last decade, Zoocasa predicts that the average GTA home price will spike by another five per cent or so by October, which is just two months away — about $52,000 at current numbers, to reach $1,114,387. 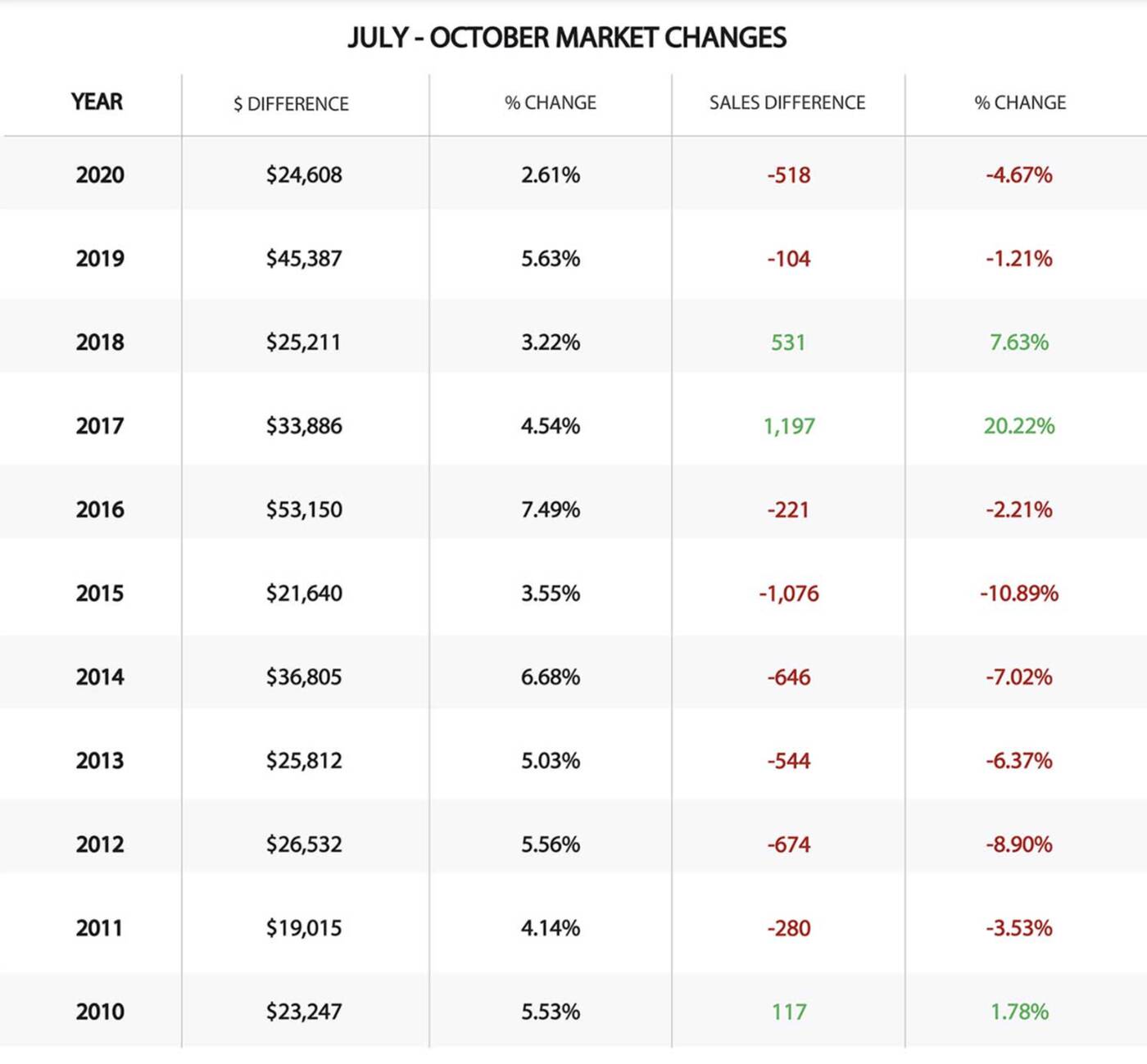 The housing data over the last 10 years that was used to make Zoocasa's latest predictions for the Toronto housing market. Chart from Zoocasa.

"Today's low sales are due to low inventory and not lack of demand," Zoocasa's agents estimate, saying that fierce bidding wars and multiple-offer situations will be back with a vengeance in the fall (if they can even be considered having left).

"While it appears today's market conditions are considerably softer than they were in the spring, it’s important to keep the historical trend in mind."