When I first saw pictures of this Rosedale home I wasn't sure if they were real photos or renderings.

The home was built by Fairmont Properties, who are known for bringing traditional properties into the 21st century, with the guidance of architect Jim Pearson and interior designer Brian Gluckstein. 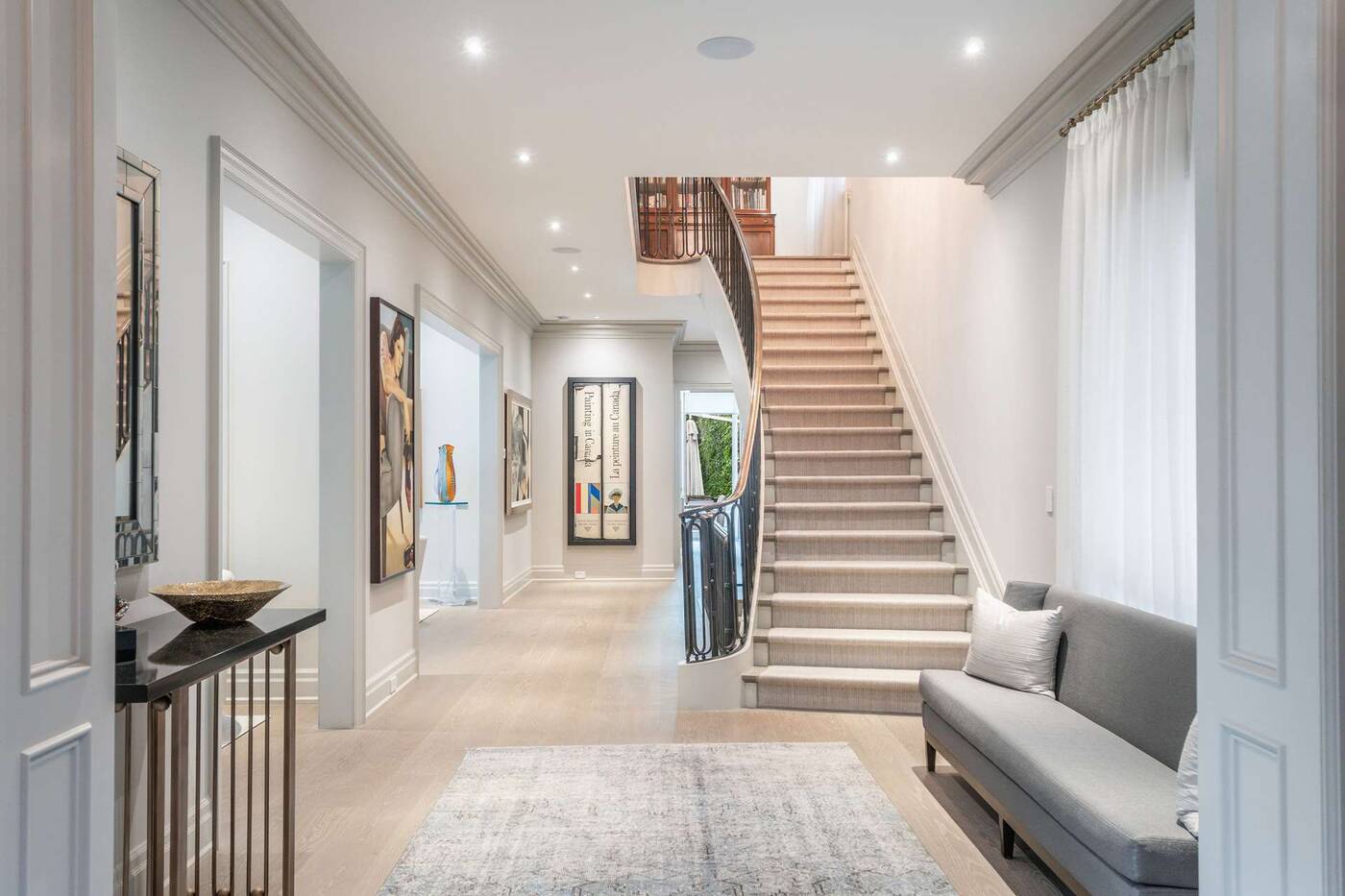 Listed at $16,300,000, 70 Chestnut Park Road is a magnificent home both inside and out. So much so that it was nominated for best renovation by the Canadian Home Builder's Association in 2016. 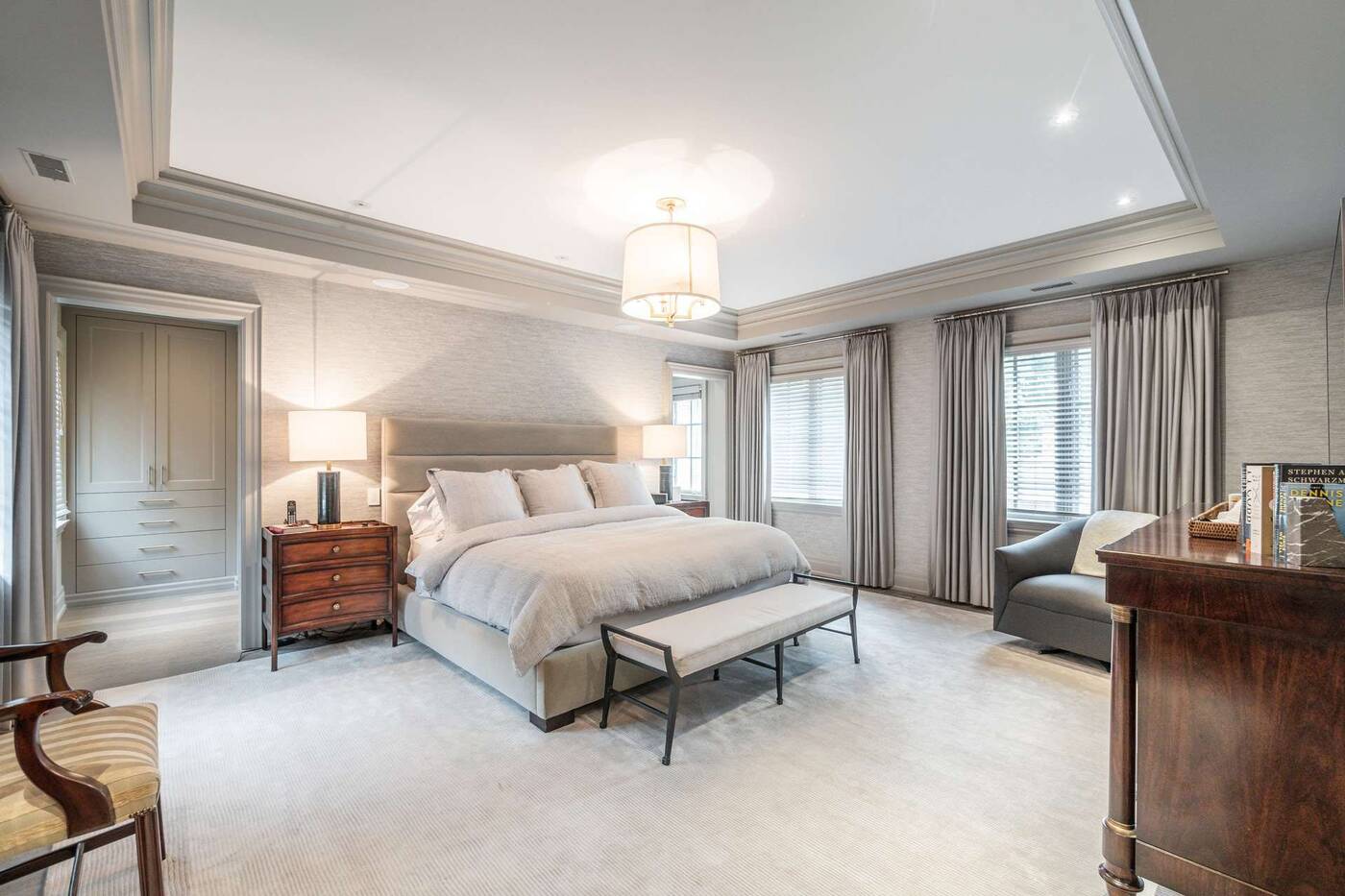 One of the primary bedrooms.

The home has four bedrooms, seven bathrooms and is filled with luxurious touches throughout. 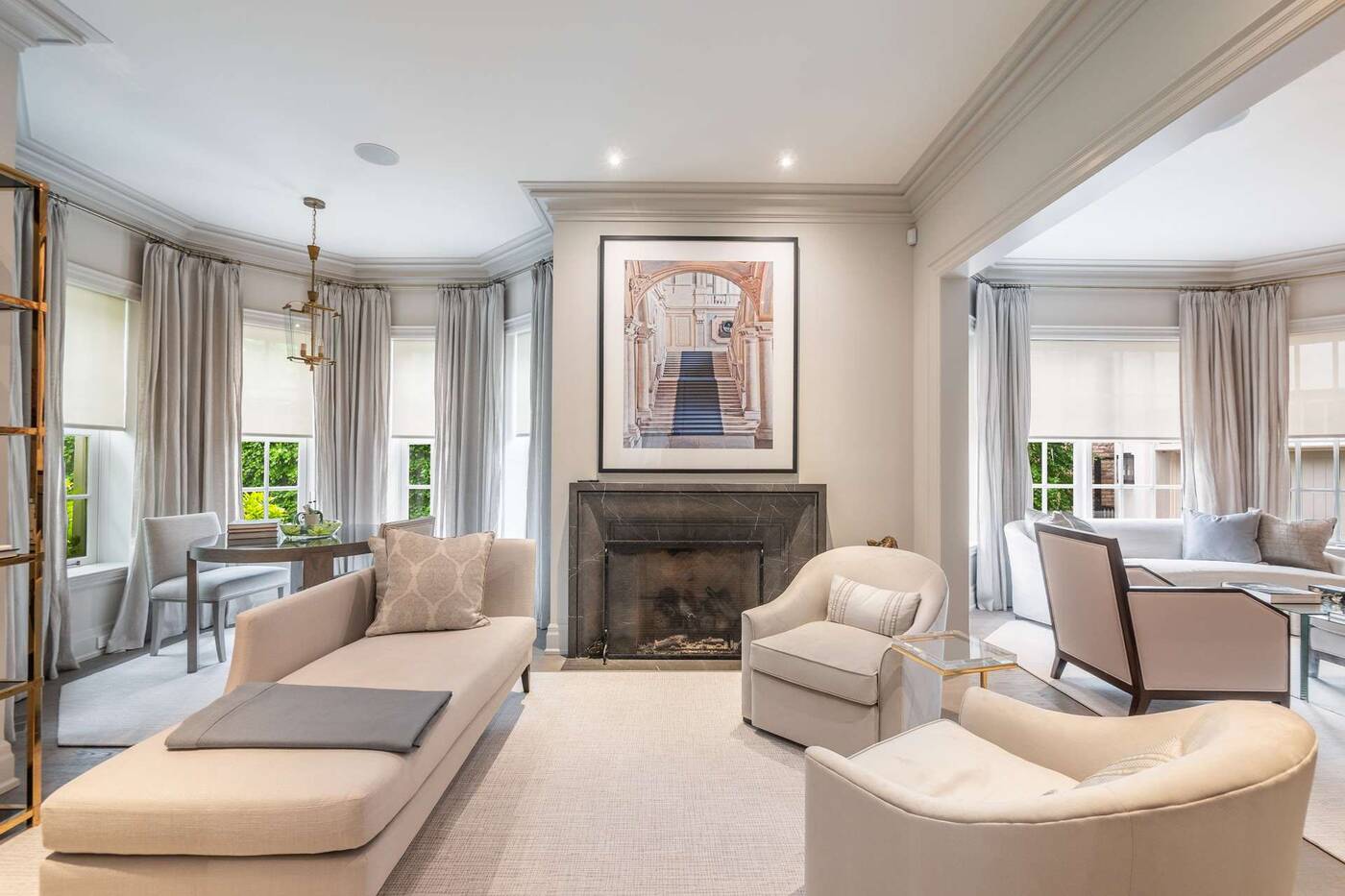 The sitting room is right off the foyer.

The main floor is formal in the front of the house with the living room and dining room that are filled with natural light thanks to the large bay windows. 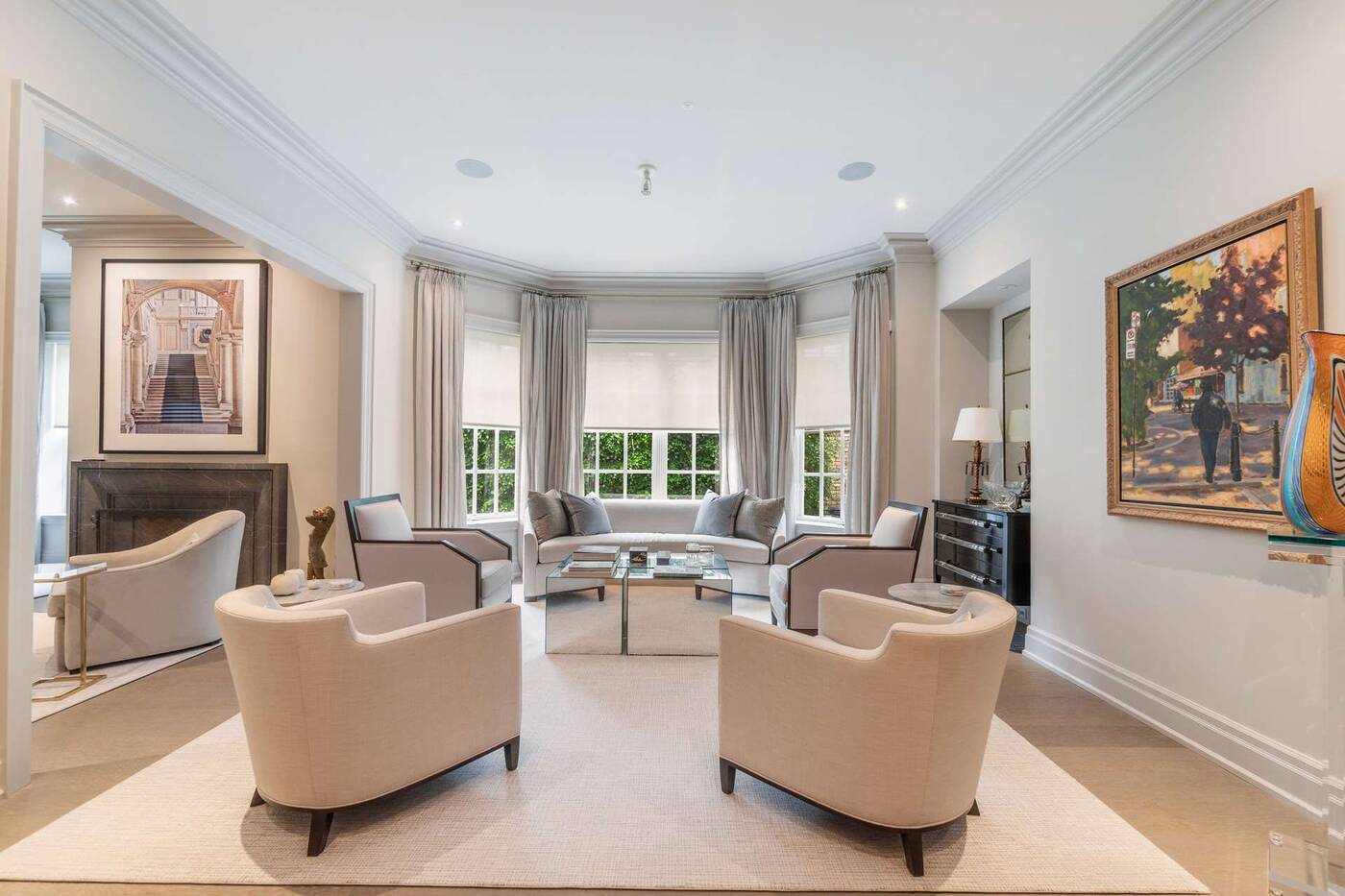 The living room is great for formal entertaining.

As you move toward the back of the property, things become more casual with an open-concept living plan. 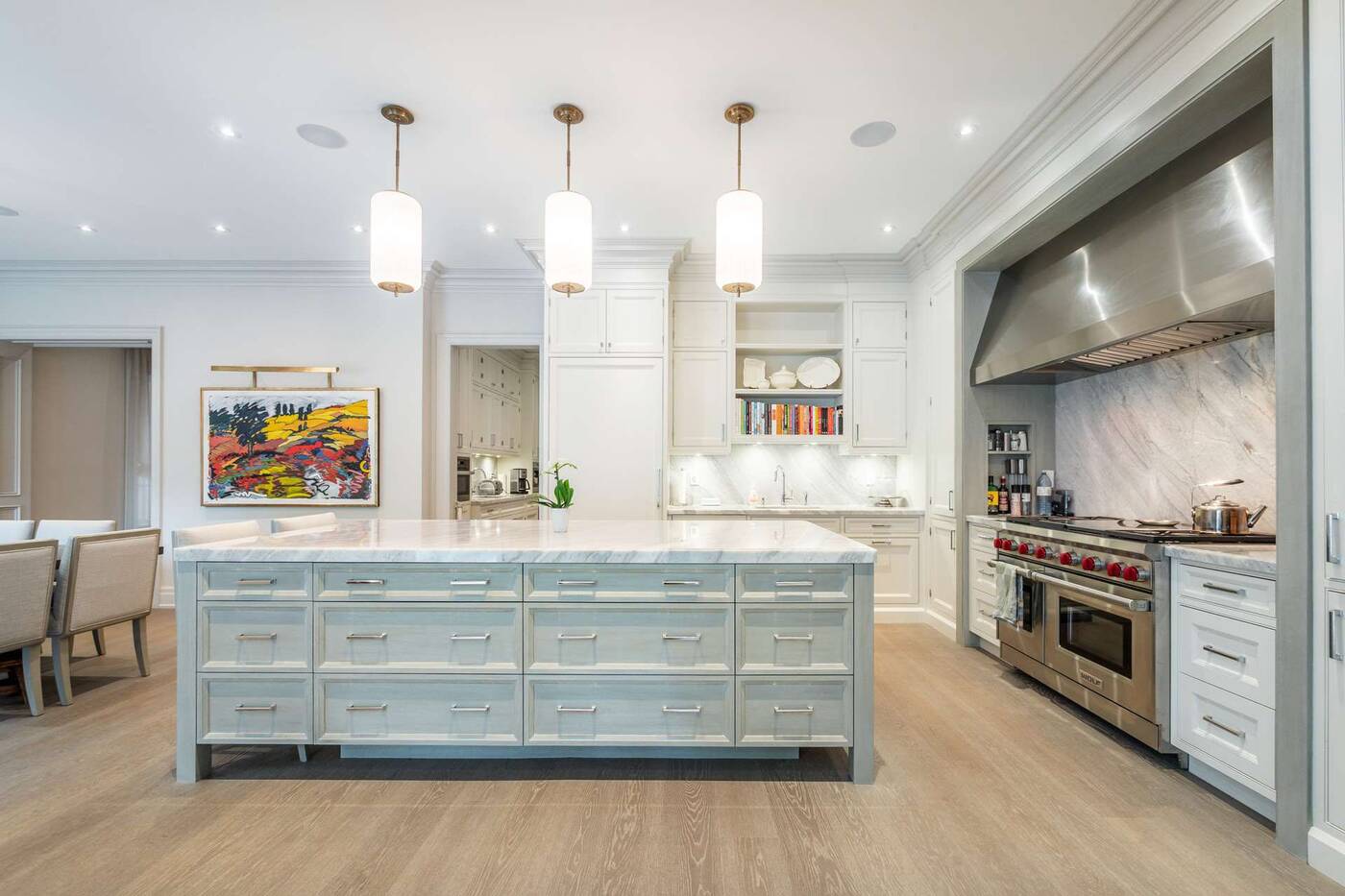 There's also a servery off the kitchen.

The kitchen is, of course, outfitted with professional-grade appliances, and high quality finishes like marble counters. 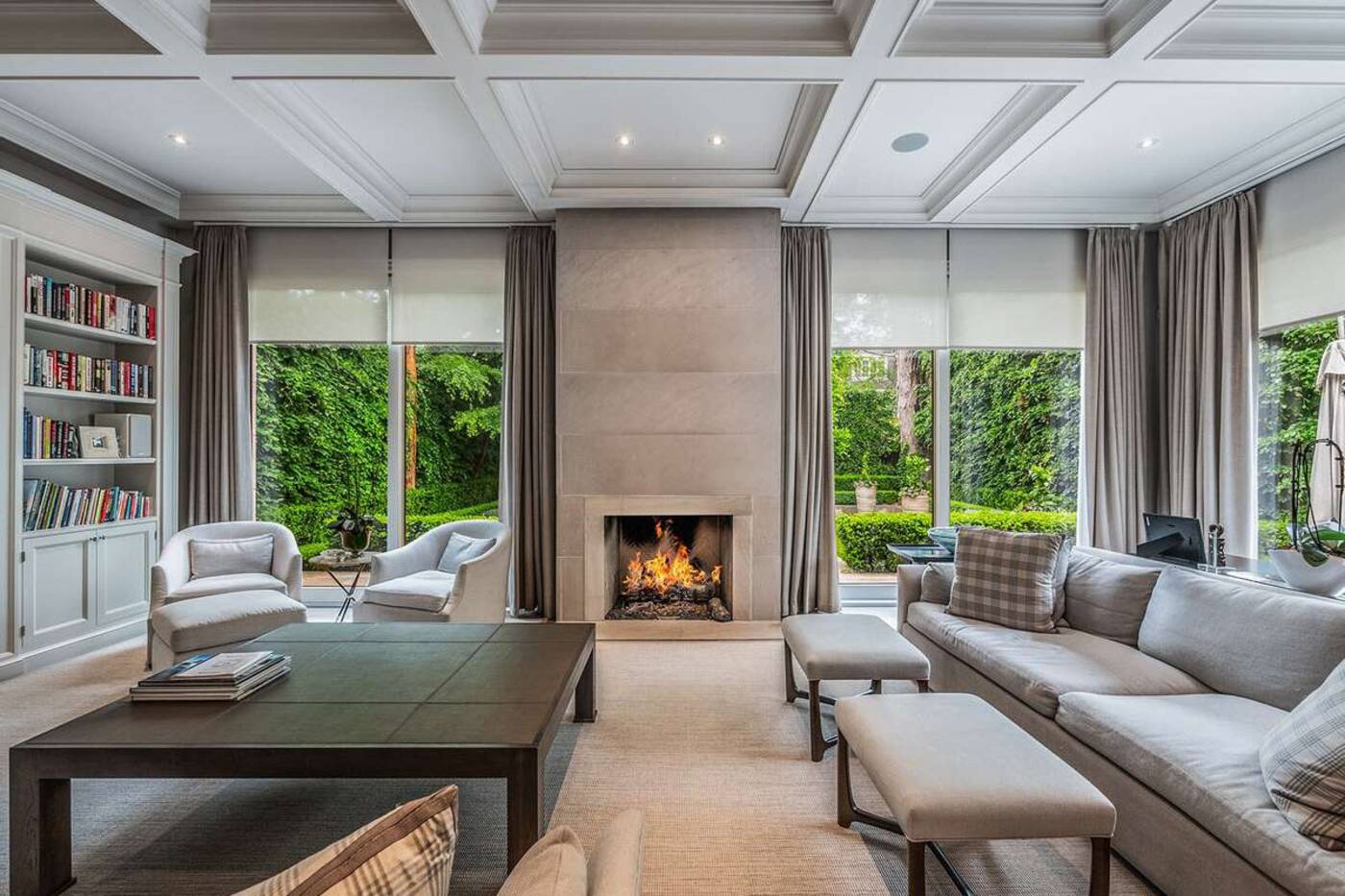 The floor-to-ceiling German-engineered sliding doors bring the outdoors in.

The kitchen and family room also open up directly to the backyard which has a natural stone patio, a pool with gorgeous water feature, and an outdoor grilling station. 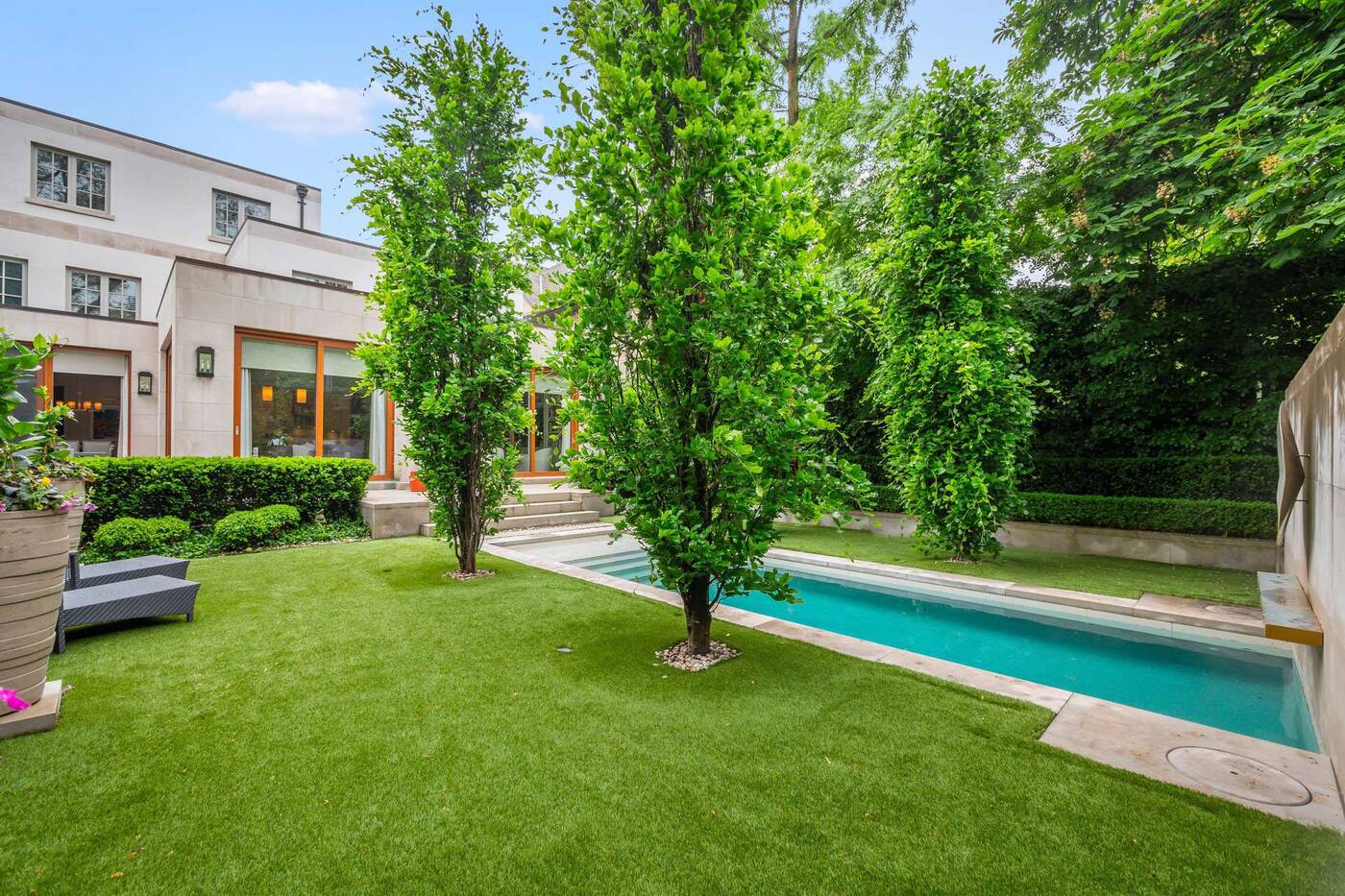 The backyard was constructed by Oliveira Landscaping.

The backyard might be the nicest part of the entire house. Janet Rosenberg was the landscape architect and she did a lot to add privacy and make this place feel like an oasis. 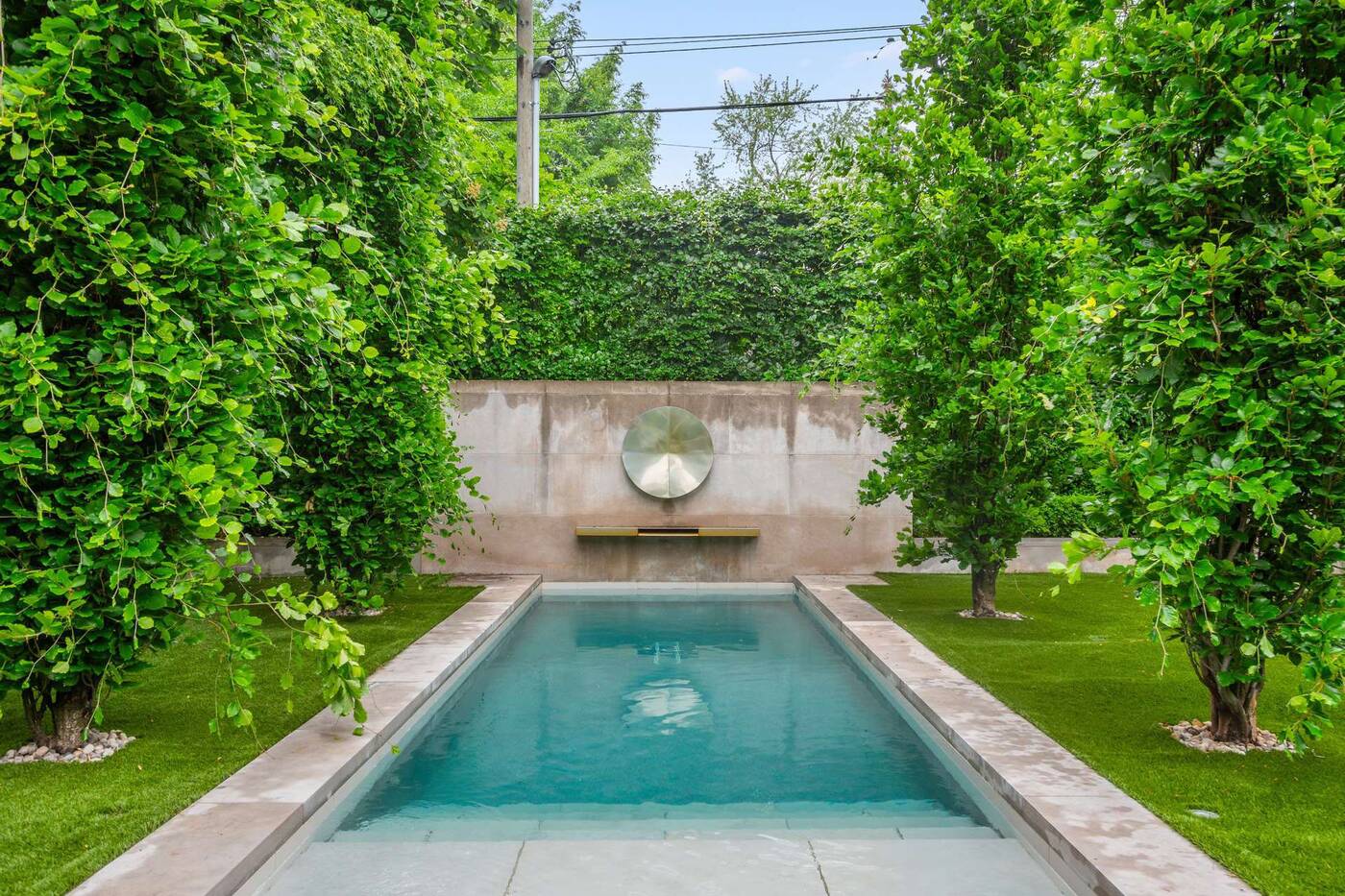 The spa pool built by Gib-San.

It's a major upgrade from what it looked like the last time it was on the market. 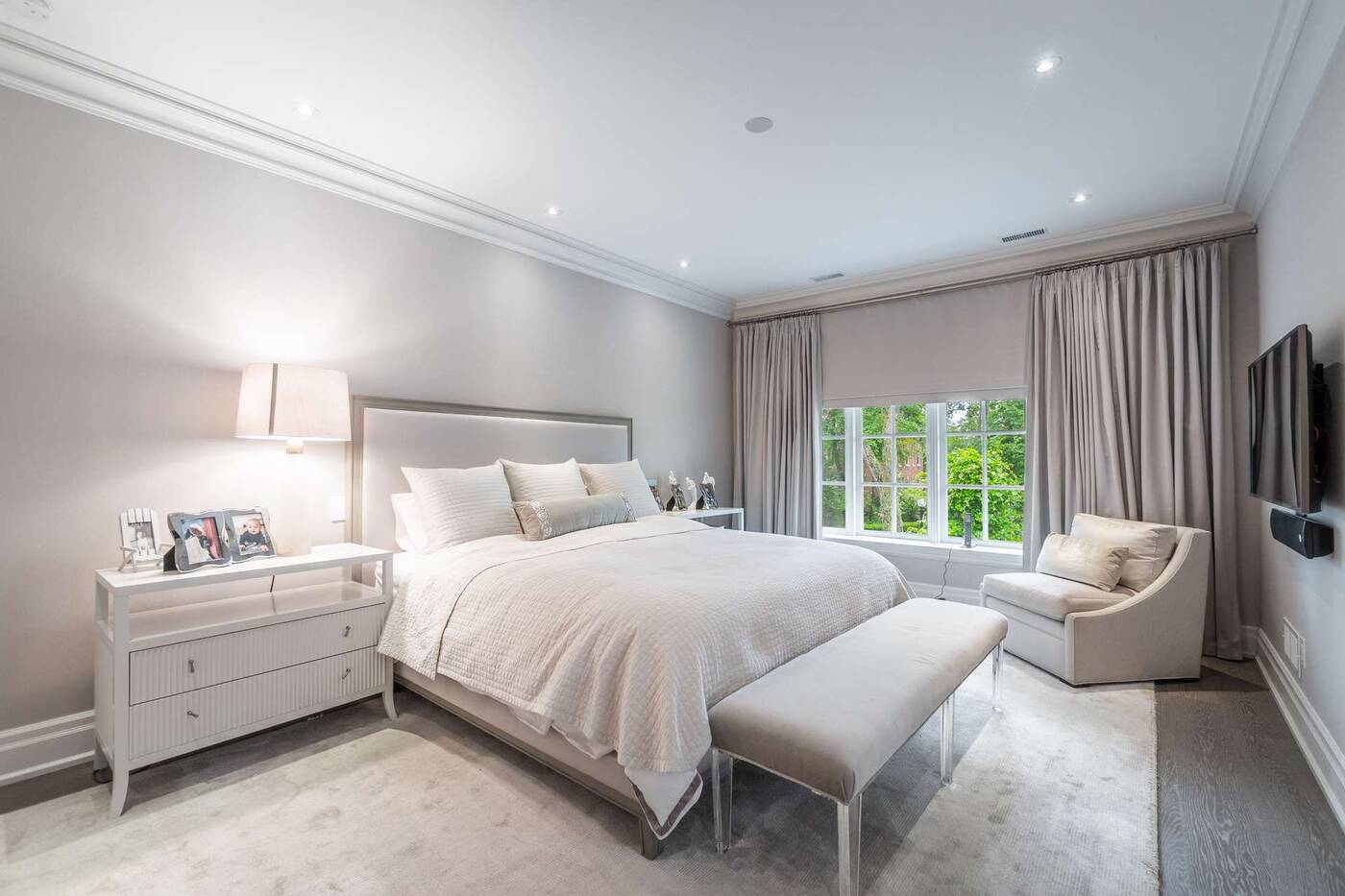 The front suite has a pretty front garden view through the massive paned glass windows.

Upstairs you'll find the bedrooms. Surprisingly there are only three-upstairs bedrooms, which for a $16 million home seems like not enough. 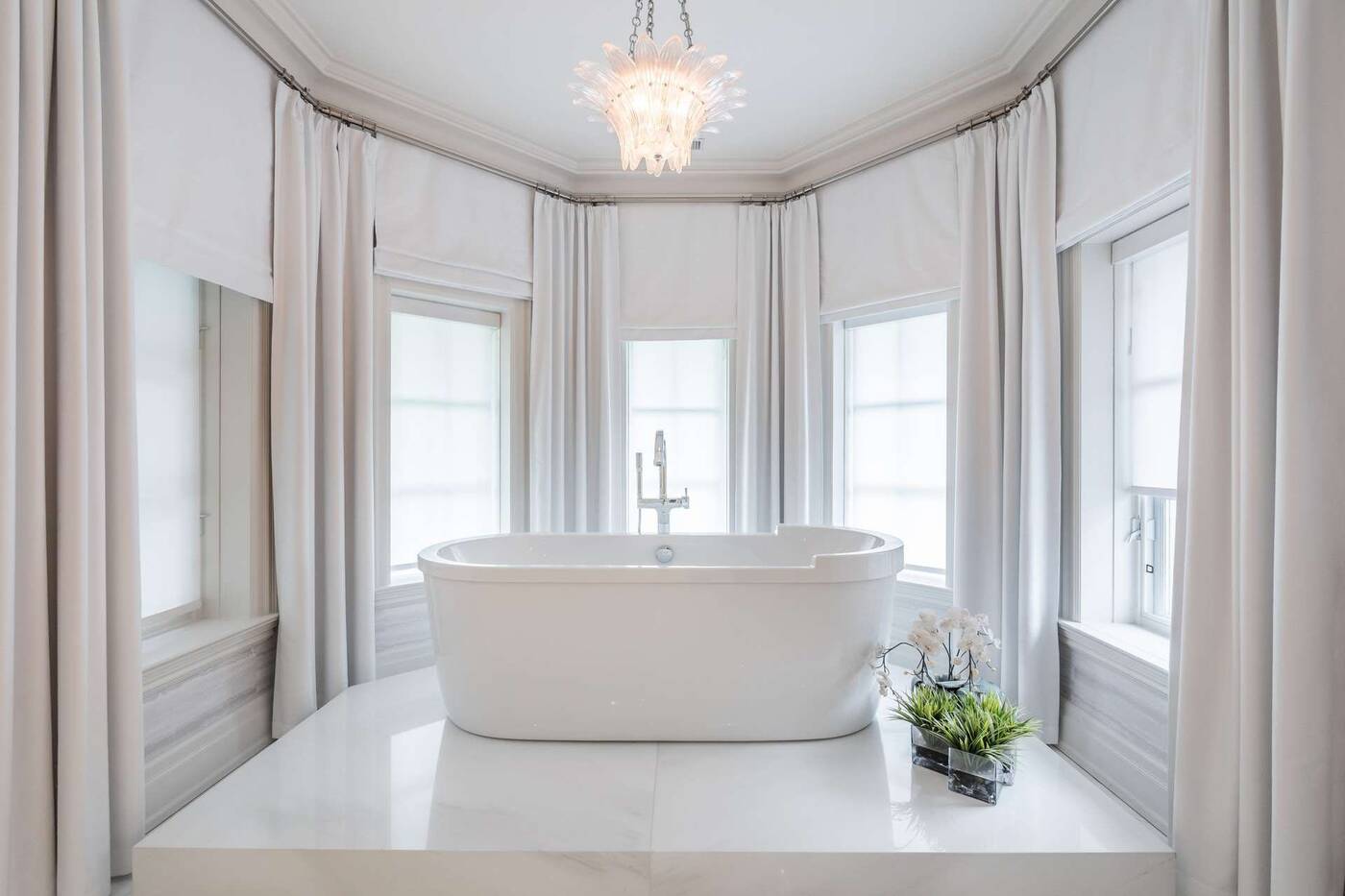 The stand-alone bathtub is situated on a custom marble slab pedestal.

And when you look into the history of the house, it actually used to have five bedrooms before it was remodeled. 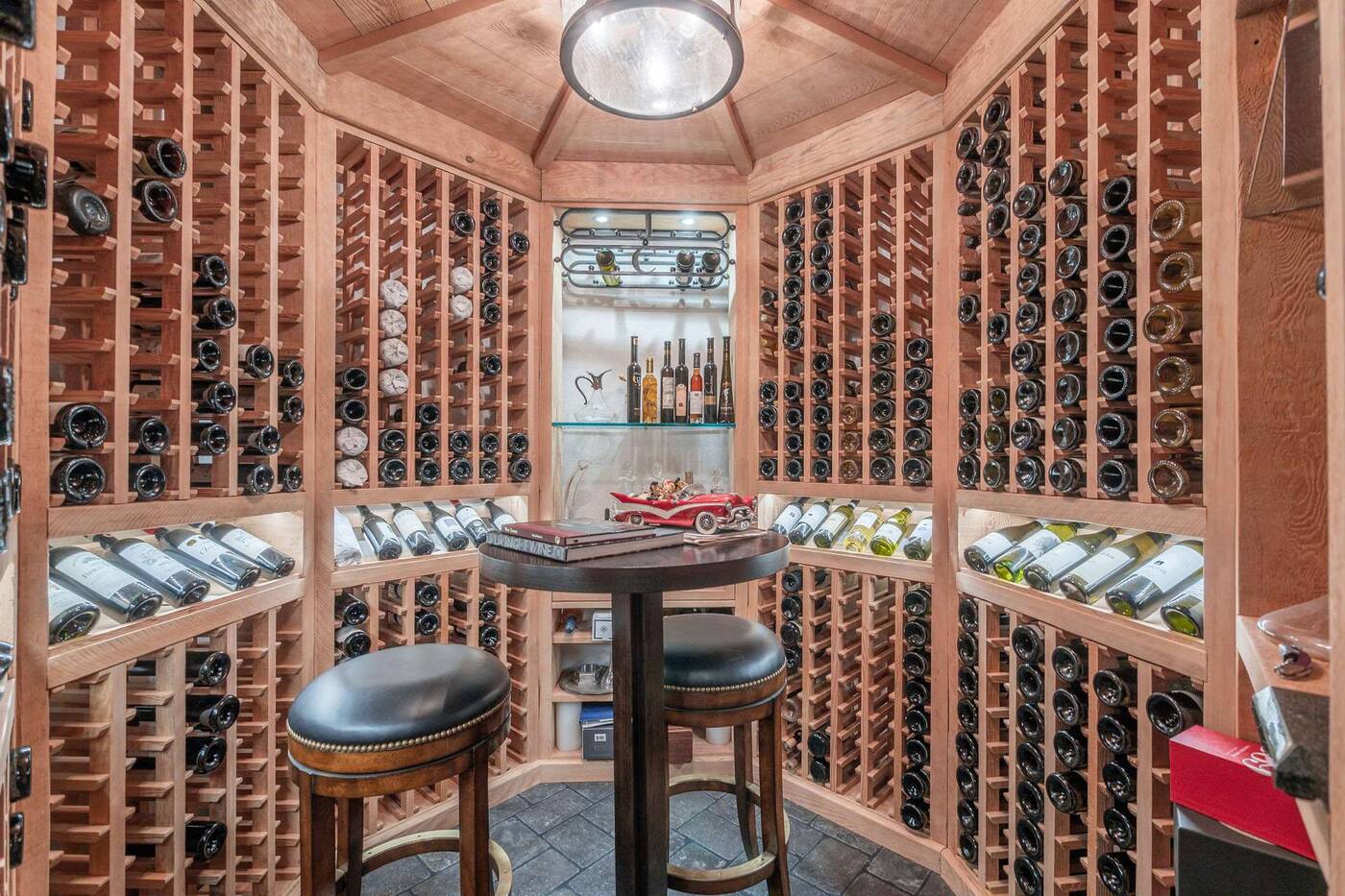 The lower level of this home features all the must-have bonus rooms, most notably a stellar wine cellar, as well as other snazzy additions to this home include an elevator and car lifts in the garage. 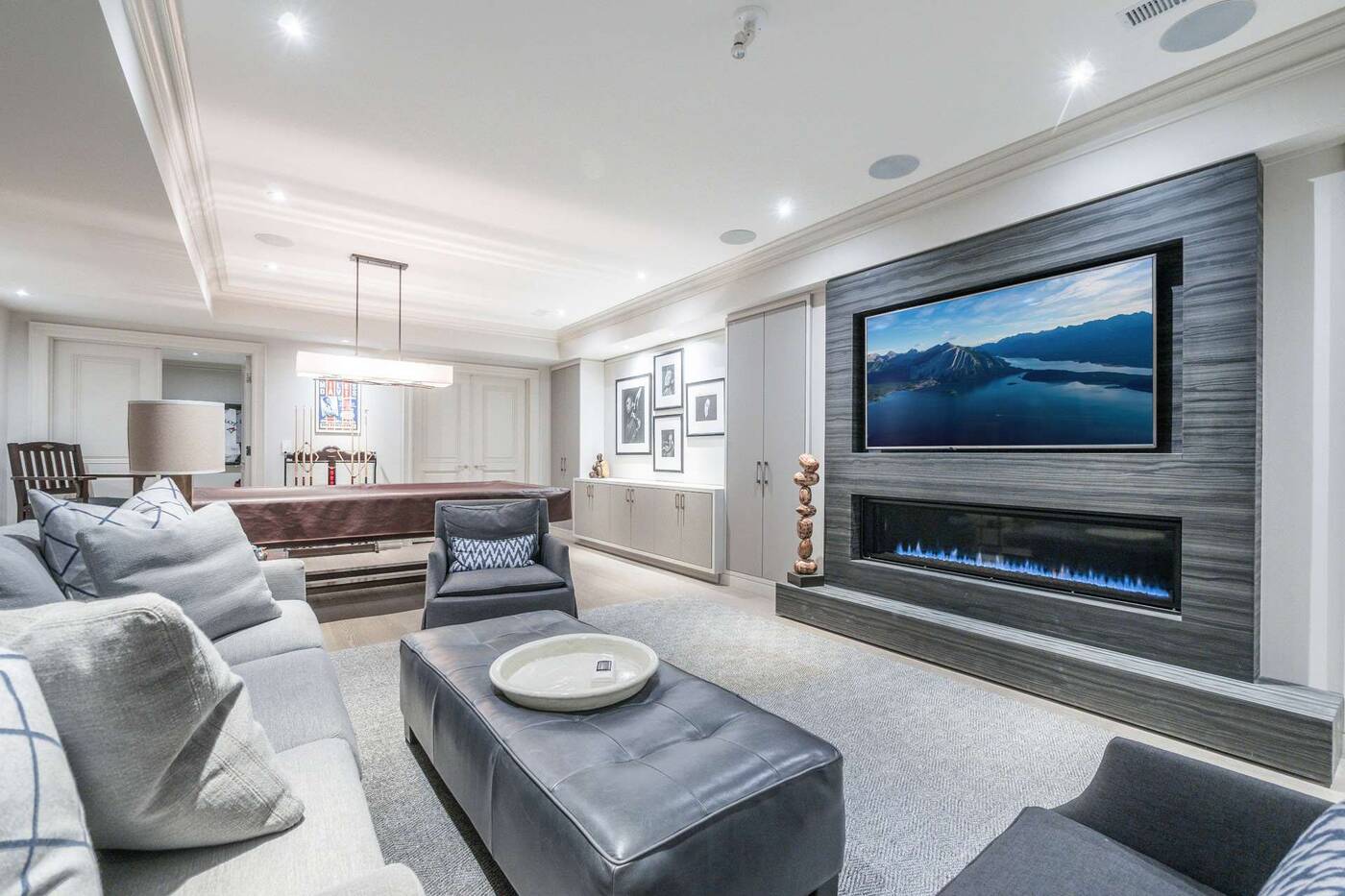 A built-in entertainment unit with surround sound speakers and a linear gas fireplace add to the function of the room.

But as nice is this house is, I can't help but feel a bit meh about it all. The home was stripped of a lot its character and warmth and is just very beige – both in colour and vibe. 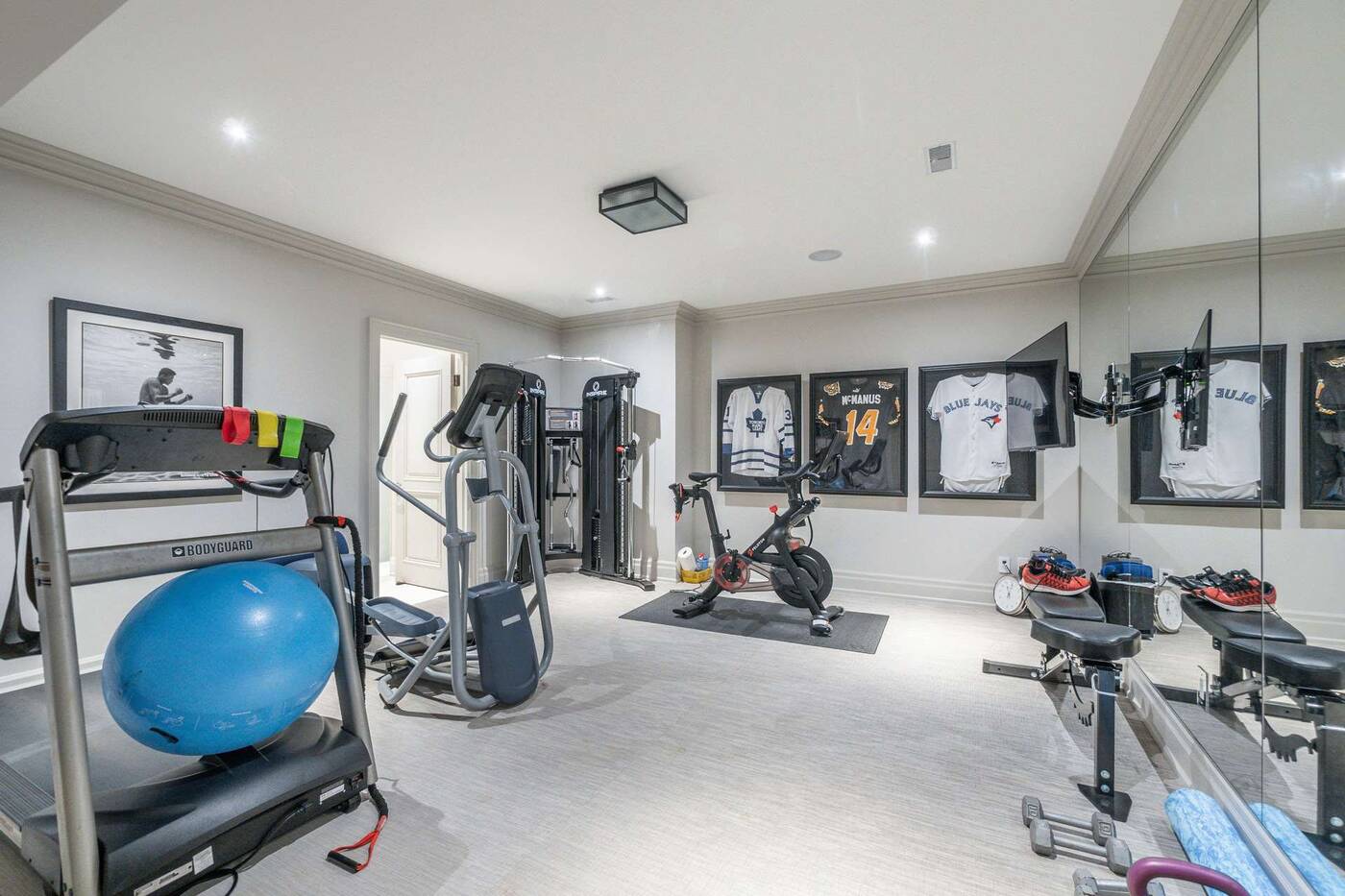 In addition to the gym, there's also a cedar sauna and glass enclosed steam showers.

Also it's worth noting that the last time it was on the market it was listed for just over $3 million. So although it clearly went through a major transformation, I'm not sure it's worth five times more than it was in 2012.