These are the cheapest homes for sale in Toronto right now

Finding a decent place to live in Toronto is difficult these days, and looking at some of the cheapest homes for sale right now, it may not come as a surprise that many people are looking elsewhere for a property.

Housing prices have skyrocketed in the last few years, and COVID-19 has done nothing to slow that down. The average price of a detached home in the city is around $1.75 million and condos aren't much of a steal either.

The city's lowest-priced homes tend to be in a few neighbourhoods — particularly the St. Clair West area and parts of Scarborough.

Here are 10 of the cheapest (from highest to lowest) right now. 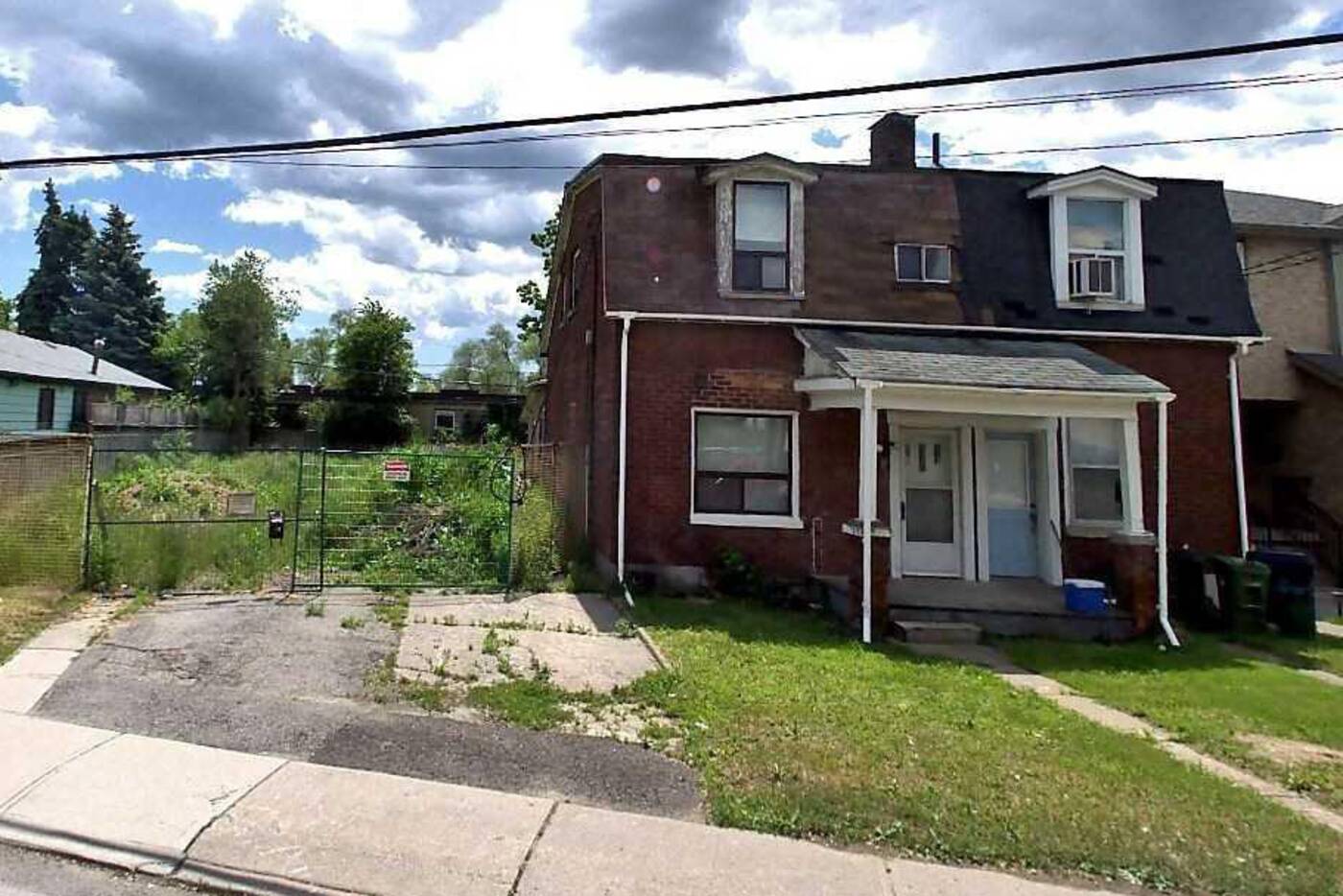 The home at 99 Bernice Crescent is a tear-down.

Despite being the most expensive home on this list, this $729,000 home in Rockcliffe Smyth is not in liveable condition. The listing describes it as being in rough shape and it doesn't have utilities. It is being sold together with two other properties for land value only. 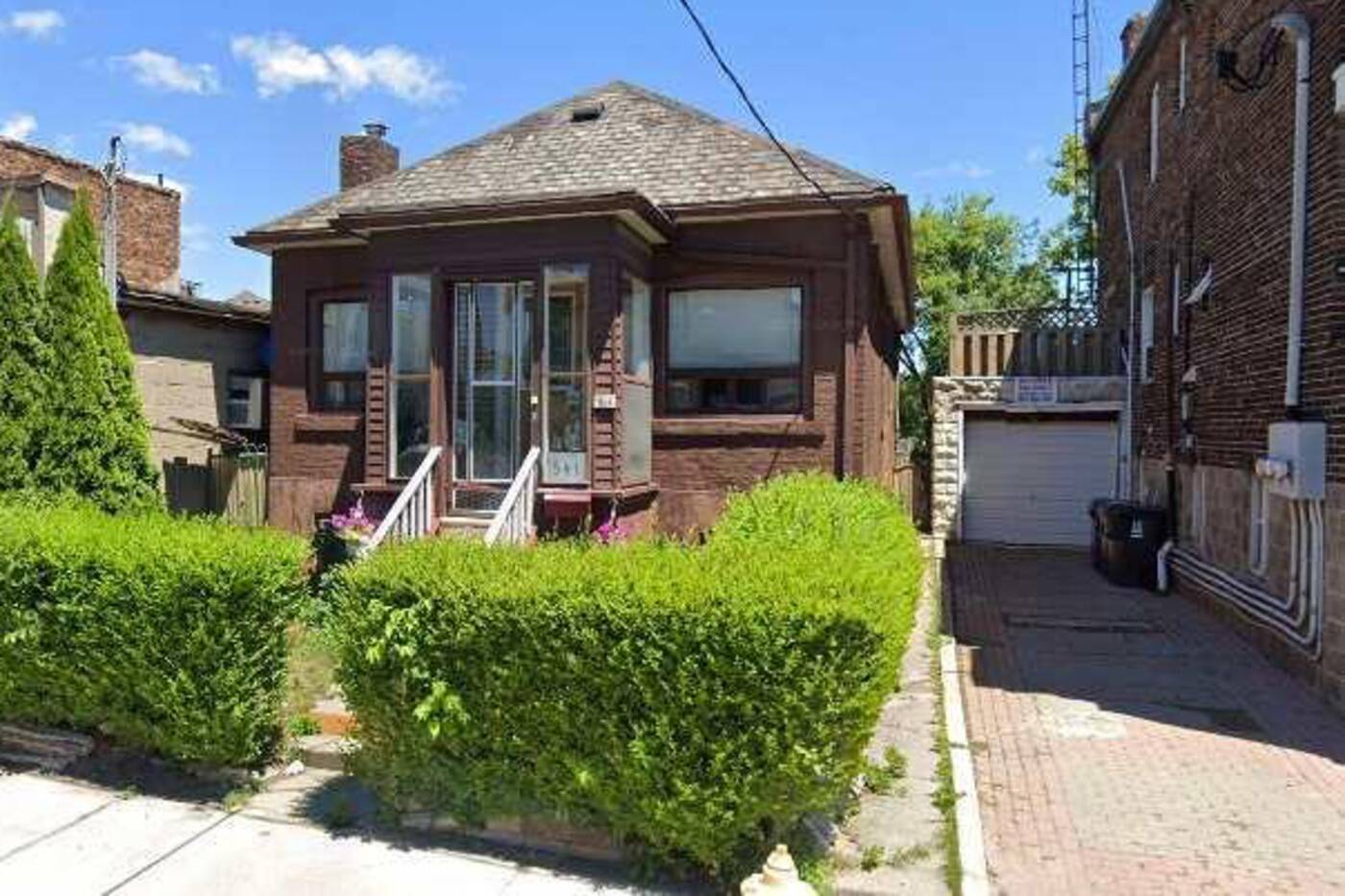 This home on Vaughan Road looks tiny but there are three units inside.

There are no interior shots of this $700,000 home, but that might be because it is currently rented out. It looks tiny but this home actually has three units — two in the basement. It is located in the Eglinton West area. 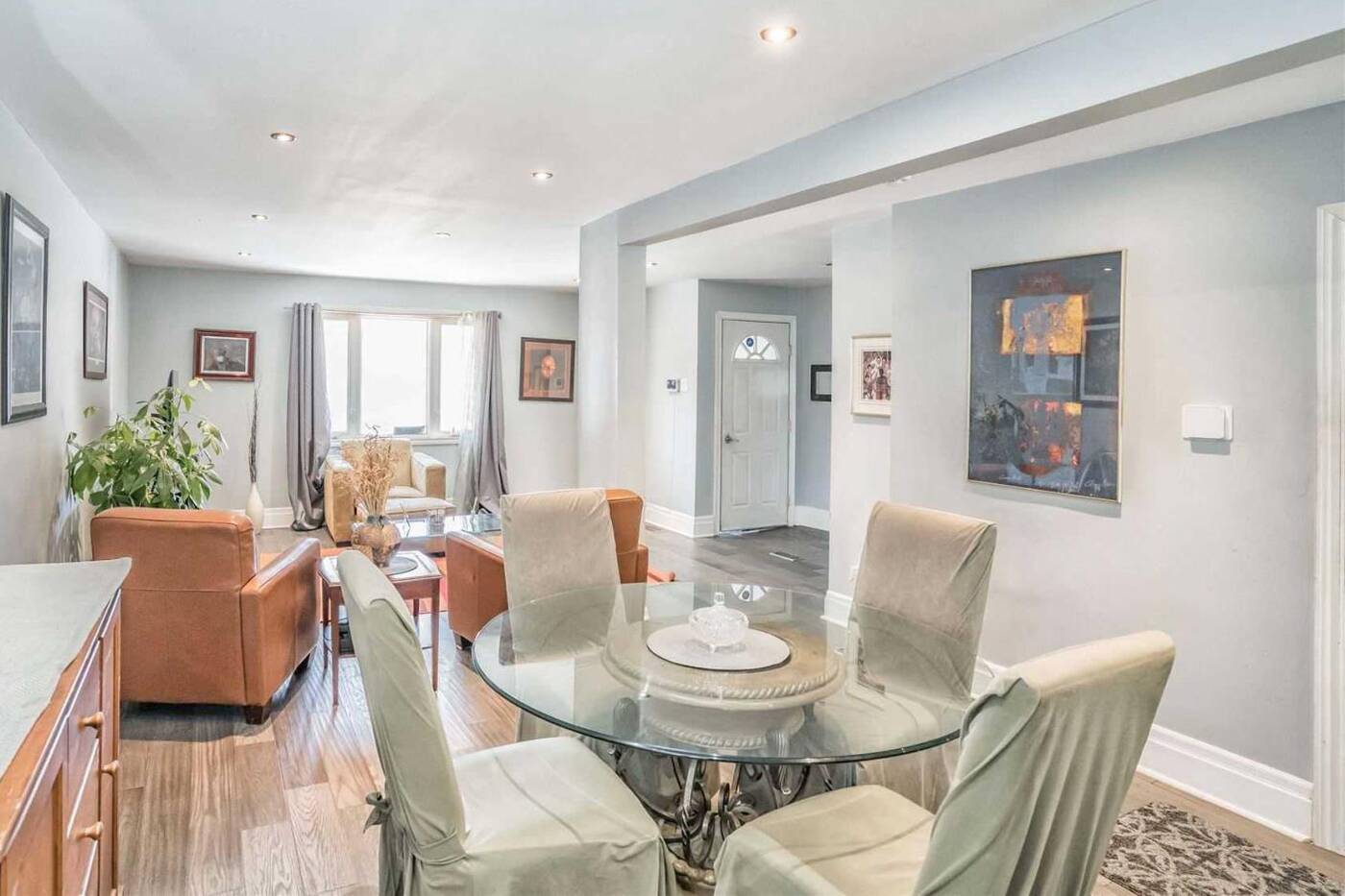 The home on Lambton Avenue is newly renovated.

This newly renovated home is no million-dollar mansion but it looks clean and livable. The two-storey house has four bedrooms in total, and three bathrooms. It will likely go for more than the $699,000 list price. 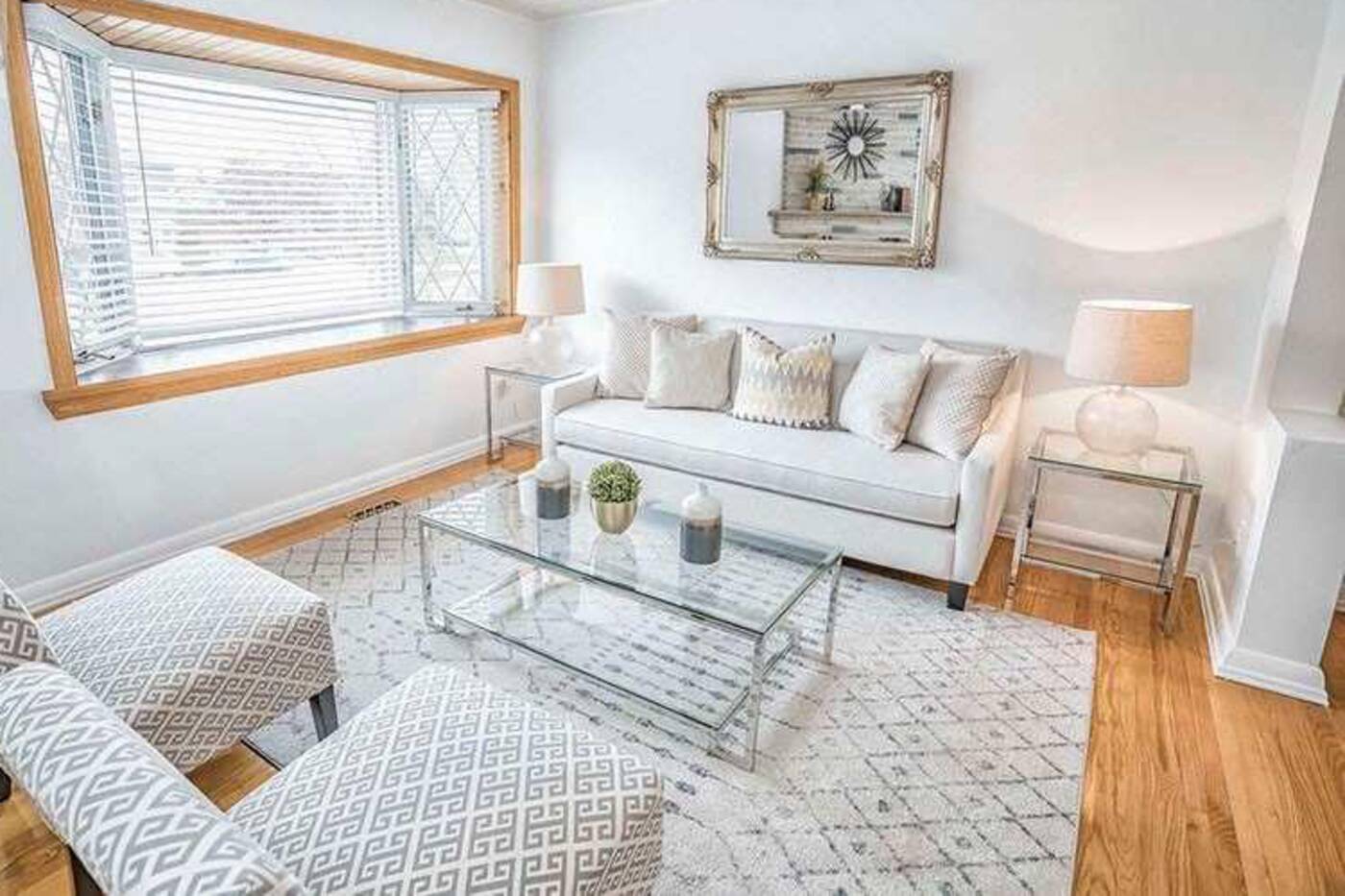 This home on Templeton Court looks nice inside.

Also priced at $699,000, this home near Highland Creek Park is bright and cheerful inside. It has two electric fireplaces and three bedrooms. It is also walking distance to Guildwood station. 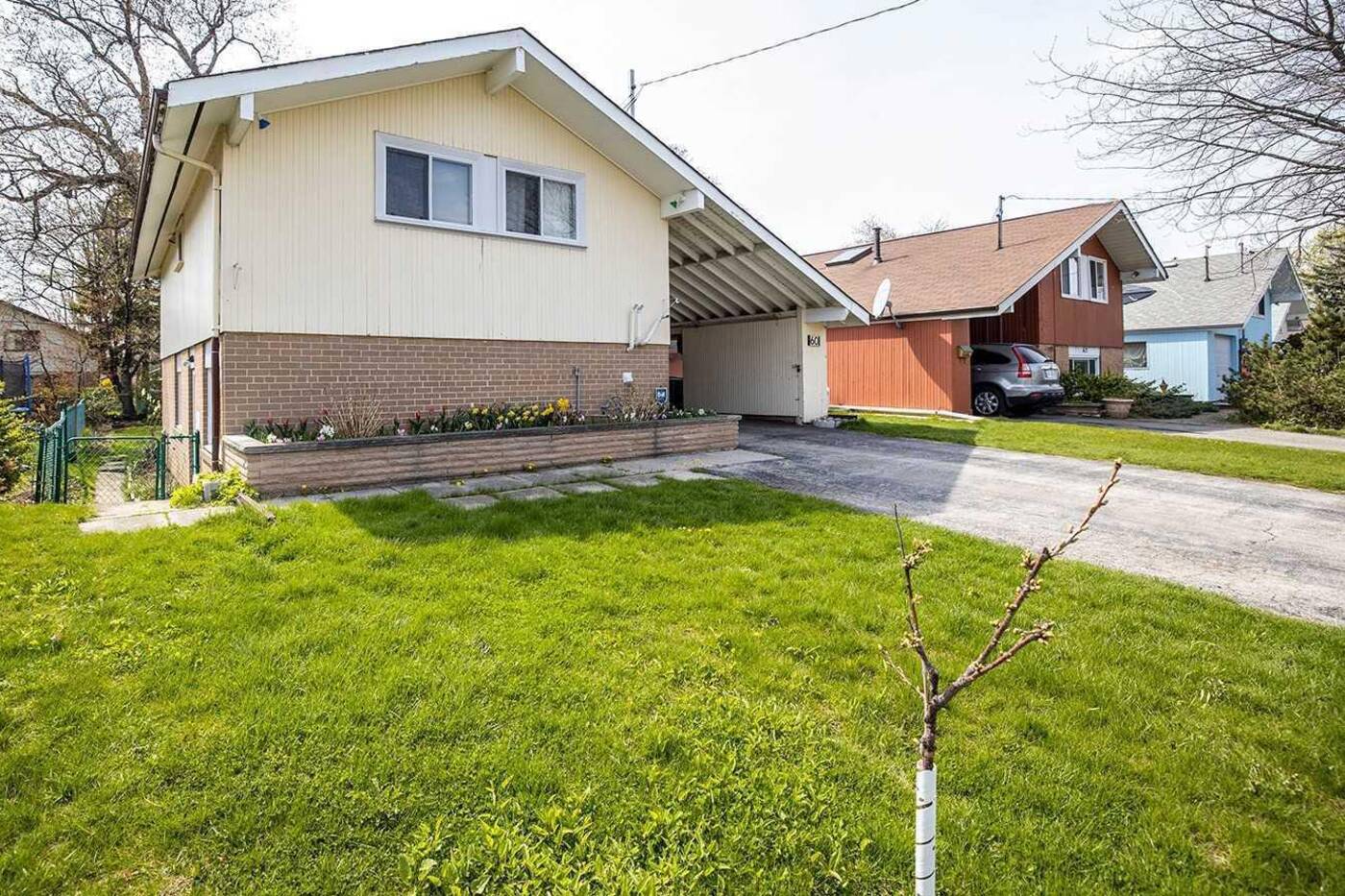 The house at 60 Orton Park Road has the best back and front yards on the list.

In the same area as Templeton Court, this four-bedroom home is built in a 1960s style but has a nice front and back yard. The interior is a bit dated but could easily be fixed up. At $699,000 it could be a good deal. 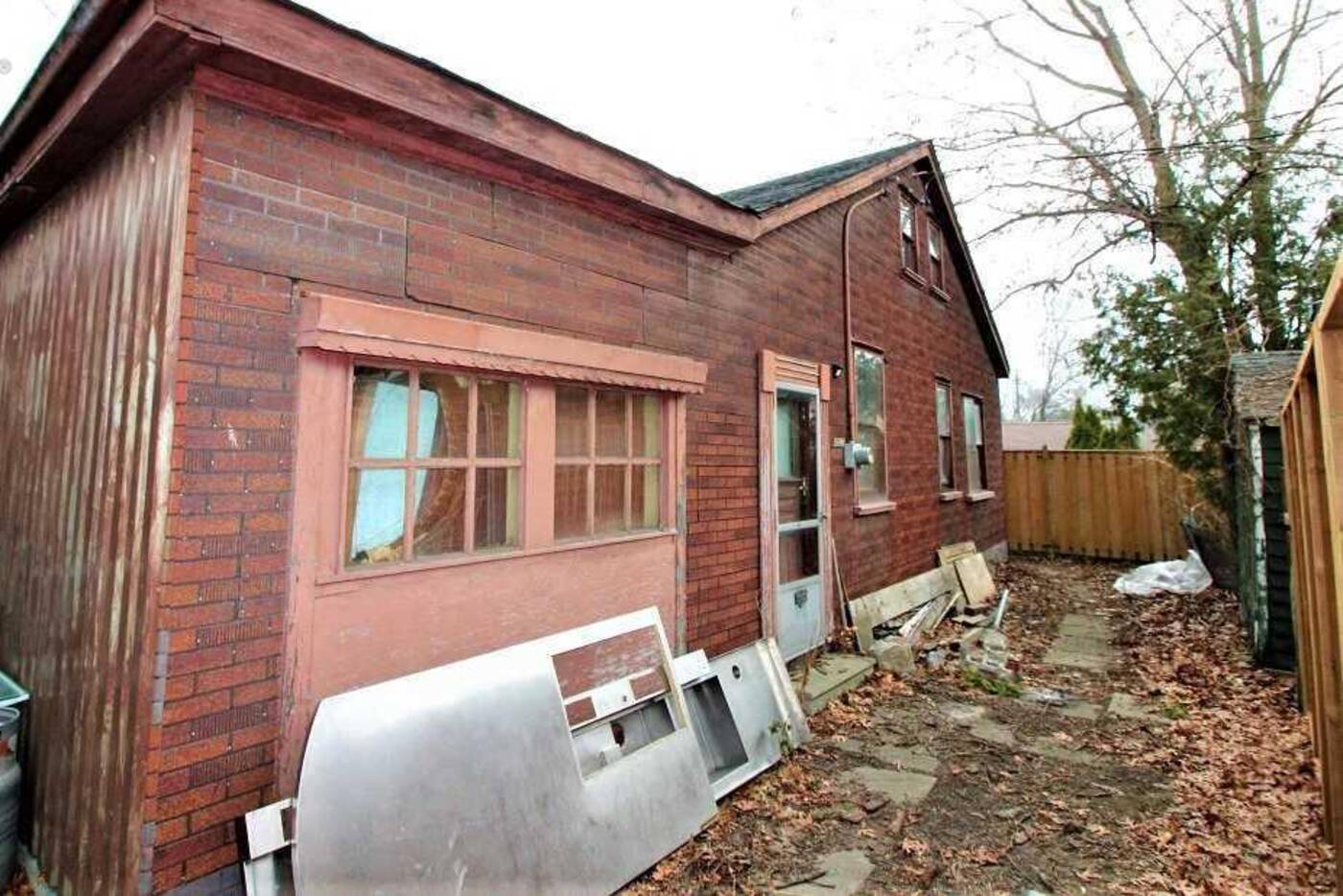 The home on Durie Street used to be a mop factory.

This former mop factory is not the cheapest property right now, despite the fact that it is not a livable home. Previously priced at $850,000, it is now listed at $699,000, and that is because of its location in Bloor West Village, and a new build could be up to 2,000 square feet. 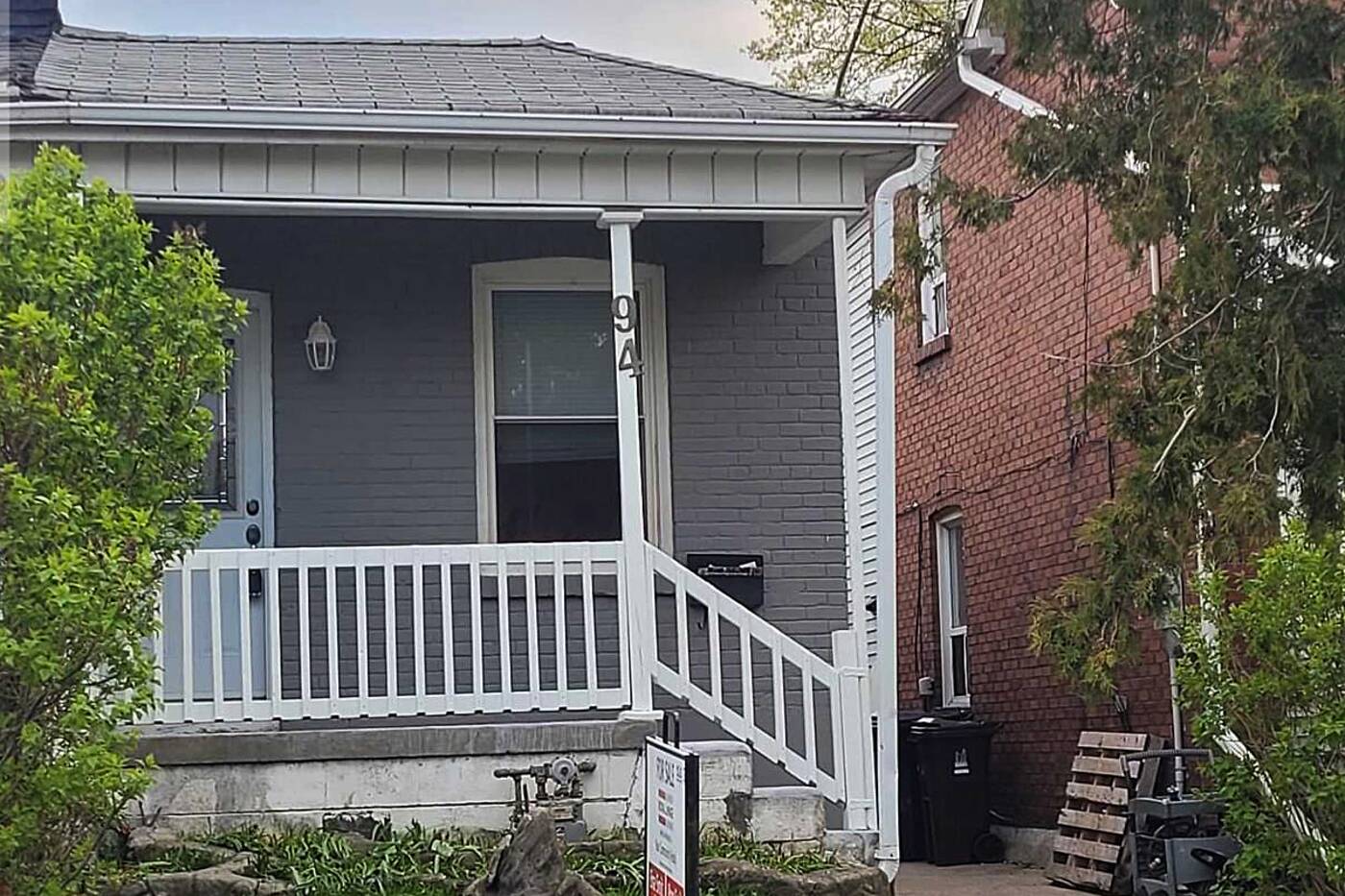 The home at 94 Brownville Avenue is vacant but might need some work.

Listed at $659,000, this one-bedroom home in Mount Dennis is described as "cozy" and a great place for a young couple. It is vacant and looks to be in not bad condition but it is very small. It comes with a dilapidated garage. 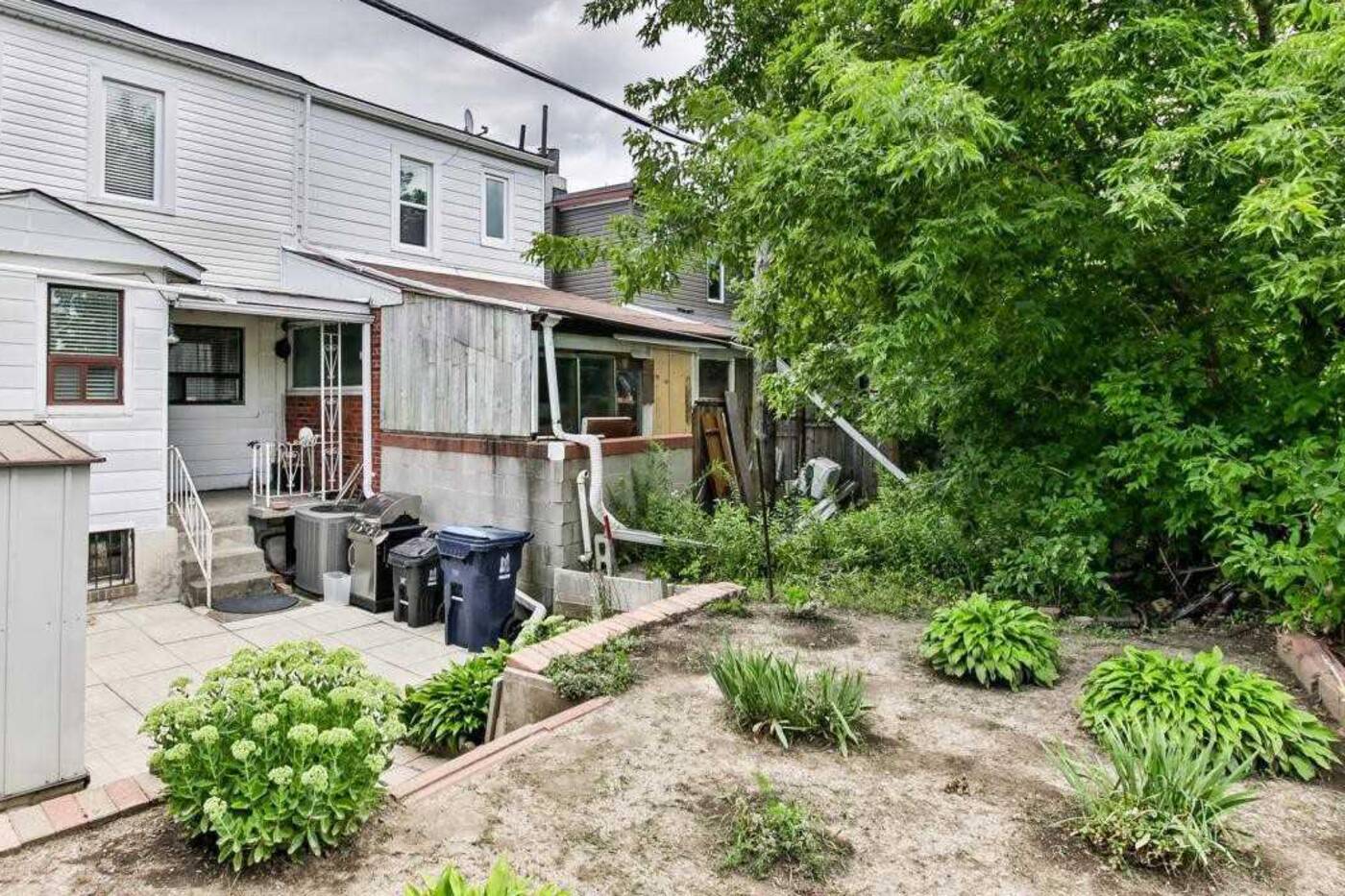 The home at 8 Gilbert Avenue has a yard that needs some love.

This two-storey home for $649,000 in Corso Italia has charm and looks well-maintained. The kitchen walks out to a backyard that looks in need of some loving. But at least there is a backyard. 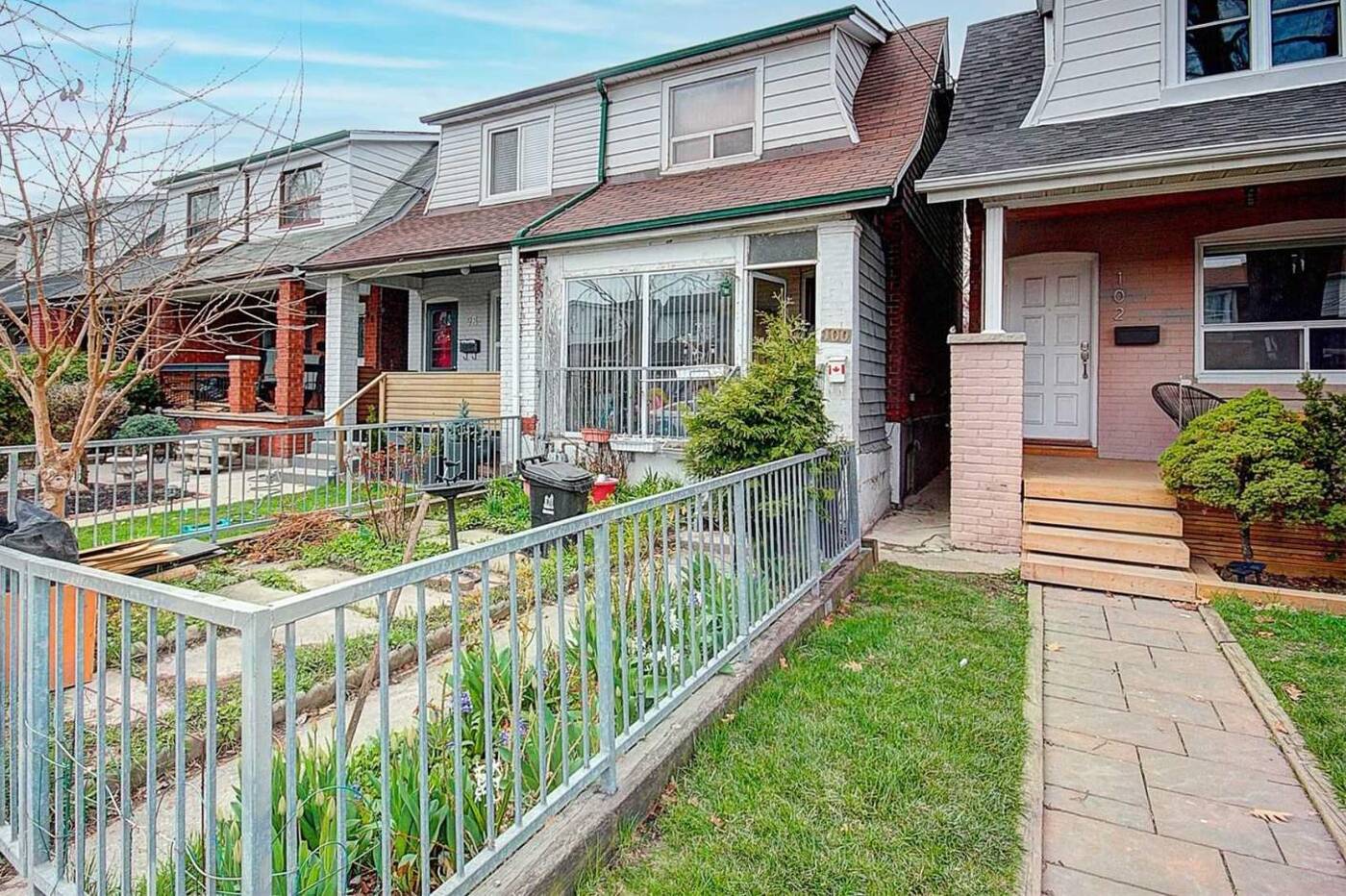 The semi-detached home on Rosethorn has no interior photos.

At $559,000 this semi-detached home in St. Clair West being marketed to renovators is tied for the cheapest home for sale in Toronto right now. There are no interior photos in the listing and you can probably guess why. It is a two-storey but with just two bedrooms, it might be a bit tight for a family. 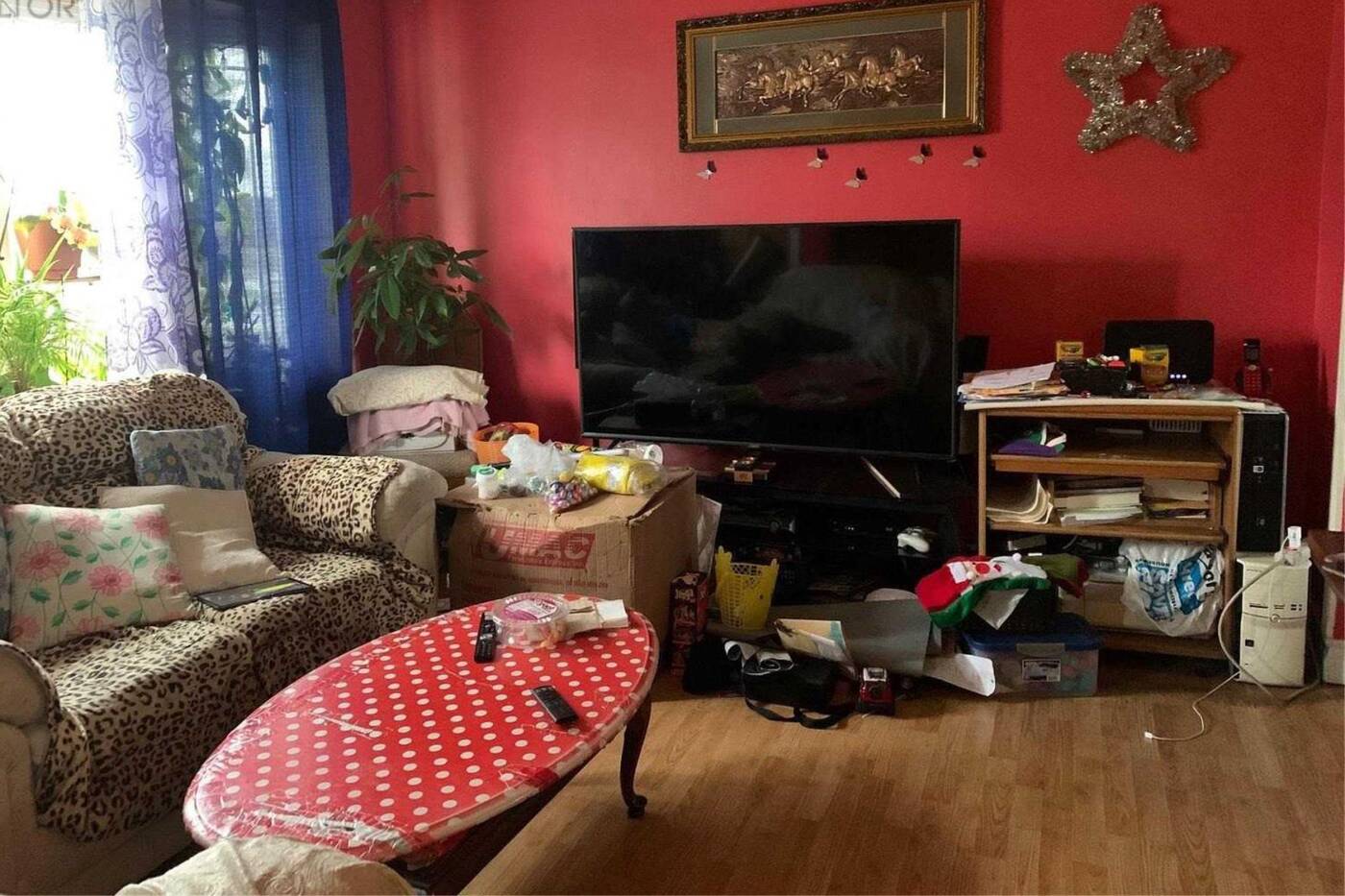 The home on Kenmare Boulevard may need re-painting depending on your taste.

Also priced at $599,000, this three-bedroom home in Kennedy Park comes with brightly coloured walls. It is walking distance to the subway and the realtor's condo-alternative pitch is comical.

"Picture, if you will," it reads. "It's been a long day at work...You finally get home to your building and 15 people are lined up to use the one working elevator.

"You scream inwardly and realize it's time to ditch the condo and level up to freehold ownership."