Toronto's most confusing intersection could be getting an 18-storey condo

The intersection of Bloor and Symington, a crossing so poorly it designed it has its own commemorative t-shirt, could soon have an 18-storey condo adding to the chaos.

KingSett Capital has submitted an application to rezone the block comprised of 1423-1437 Bloor St. West and 278 Sterling Road. 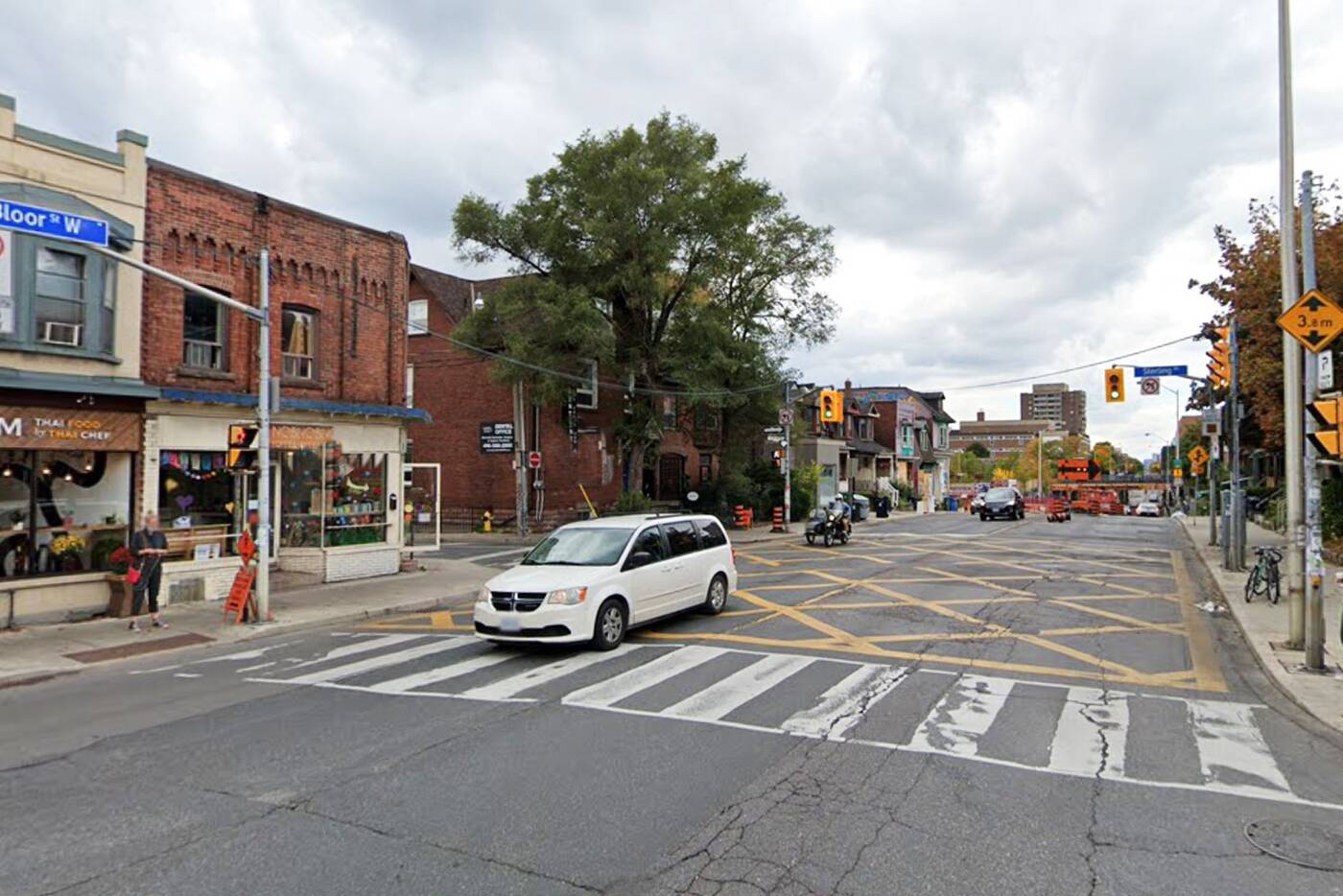 The southwestern corner of Bloor's most confusing intersection, with Symington Avenue running north and Sterling Road running south, could soon see an 18-storey condo added to the mix. Photo via Google Maps.

That could see the southwestern section of Toronto's notoriously confusing intersection—a misaligned clusterbomb of traffic with Symington Avenue running north and Sterling Road drifting south—become the site of a new mixed-use building. 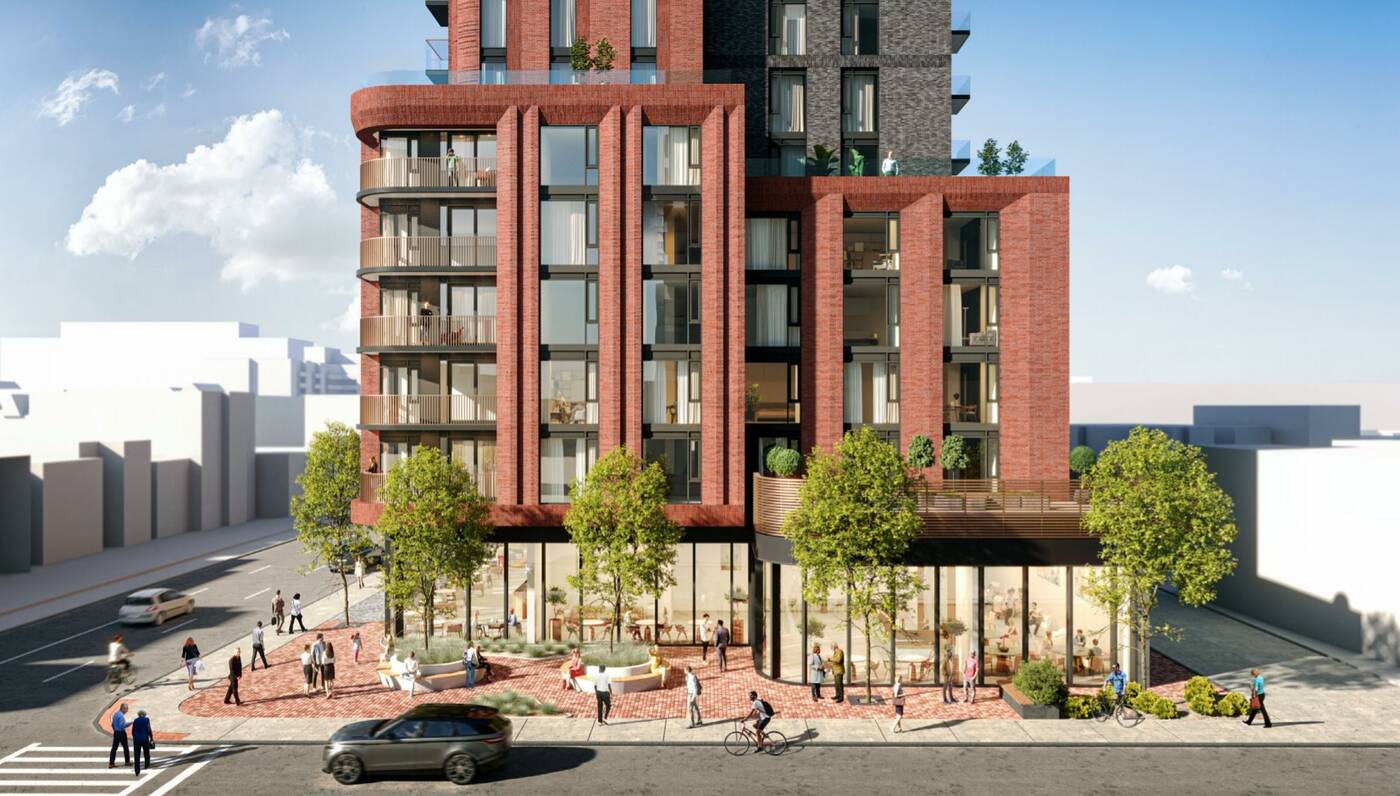 KingSett Capital is proposing a mixed-use building on the block of Bloor running from Sterling Ave. to Perth Ave. Photo by BDP Quadrangle via City of Toronto submission.

Currently, the Bloor St. corner stretching from Sterling Ave. west to Perth Ave. is home to eight houses with a number of vacant commercial spaces and 15 rental units, seven of which are still occupied.

Kingsett and planning firm Bousfields Inc. are now hoping to bring 204 new residential units to the area, ranging from studios to three-bedrooms. Half of those units will be one-bedrooms. 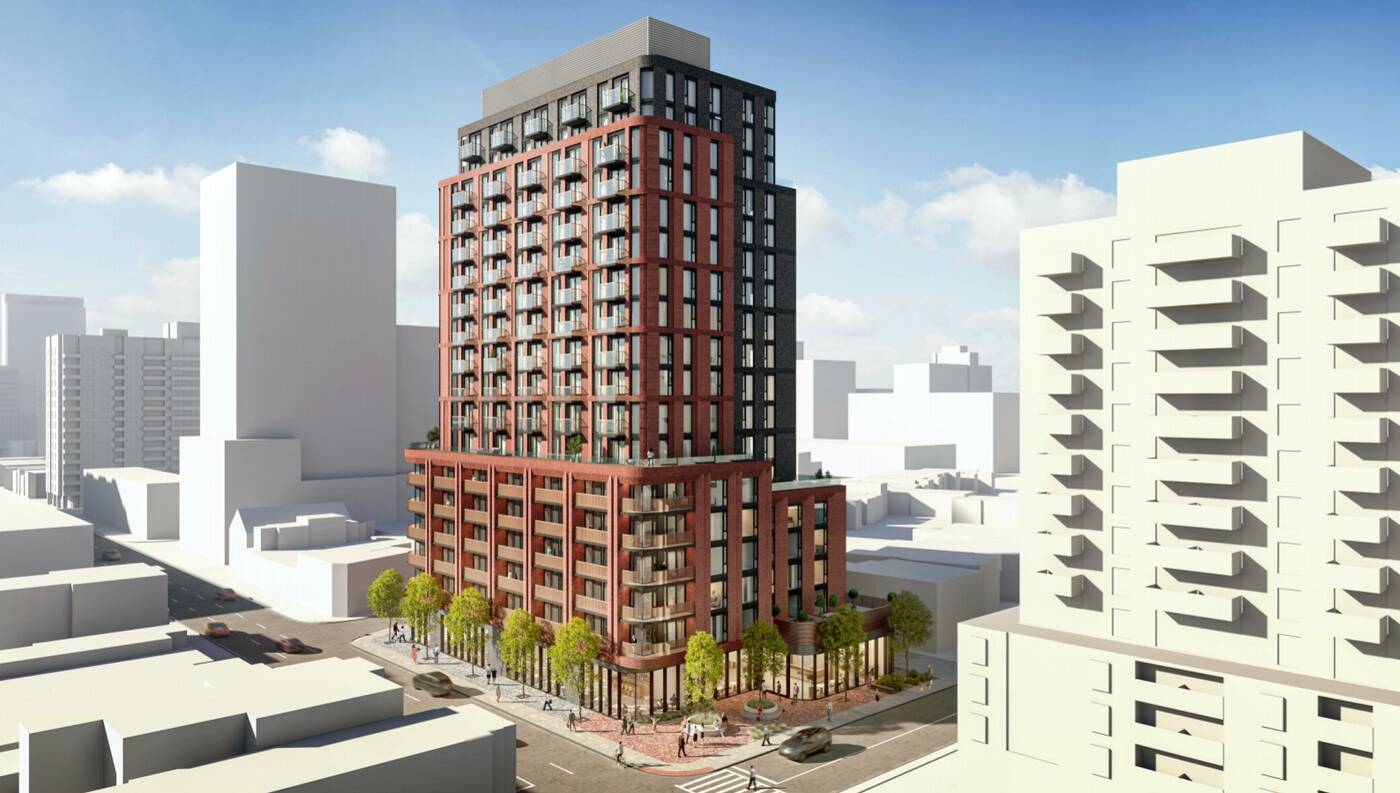 The condo will sit just a few minutes' walk away from Brad Lamb's controversial 18-storey condo at 1405 Bloor St. West. Photo by BDP Quadrangle via City of Toronto submission.

The ground floor will include retail space and about 1,700 square feet that will function a community centre fronting a POPS at the corner of Bloor St. West and Perth Avenue.

Given the number of units the condo will bring to the neighbourhood, it's hard to imagine how added traffic will function at an intersection already plagued with congestion and bad car etiquette.

So far, the ongoing issues of the Bloor and Symington intersection remains unaddressed in future designs for the neighbourhood.

Pedestrian safety is also a major concern at this intersection. Despite the City's hopeful addition of yellow cross-hatching in 2018, cars remain tangled up in the middle (despite neighbouring Noble Coffee's urging #dontblocktheintersection). It can all pose serious hazards to pedestrians and cyclists.

This new project will join a slew of others slated for this stretch of Bloor St. West, including the 25-storey condo proposed for the abandoned Giraffe Condos site or the massive overhaul of Toronto's most popular Value Village that will see a pair of condos and a new GO station.