A giraffe's spots are beautiful, but if you frequent a busy Toronto transit hub, you might be sick of seeing them by now.

What was once an eye-catching development centre for Giraffe condos has become an eyesore over years of neglect, but renderings have surfaced from the latest group to take over the property, Trinity. 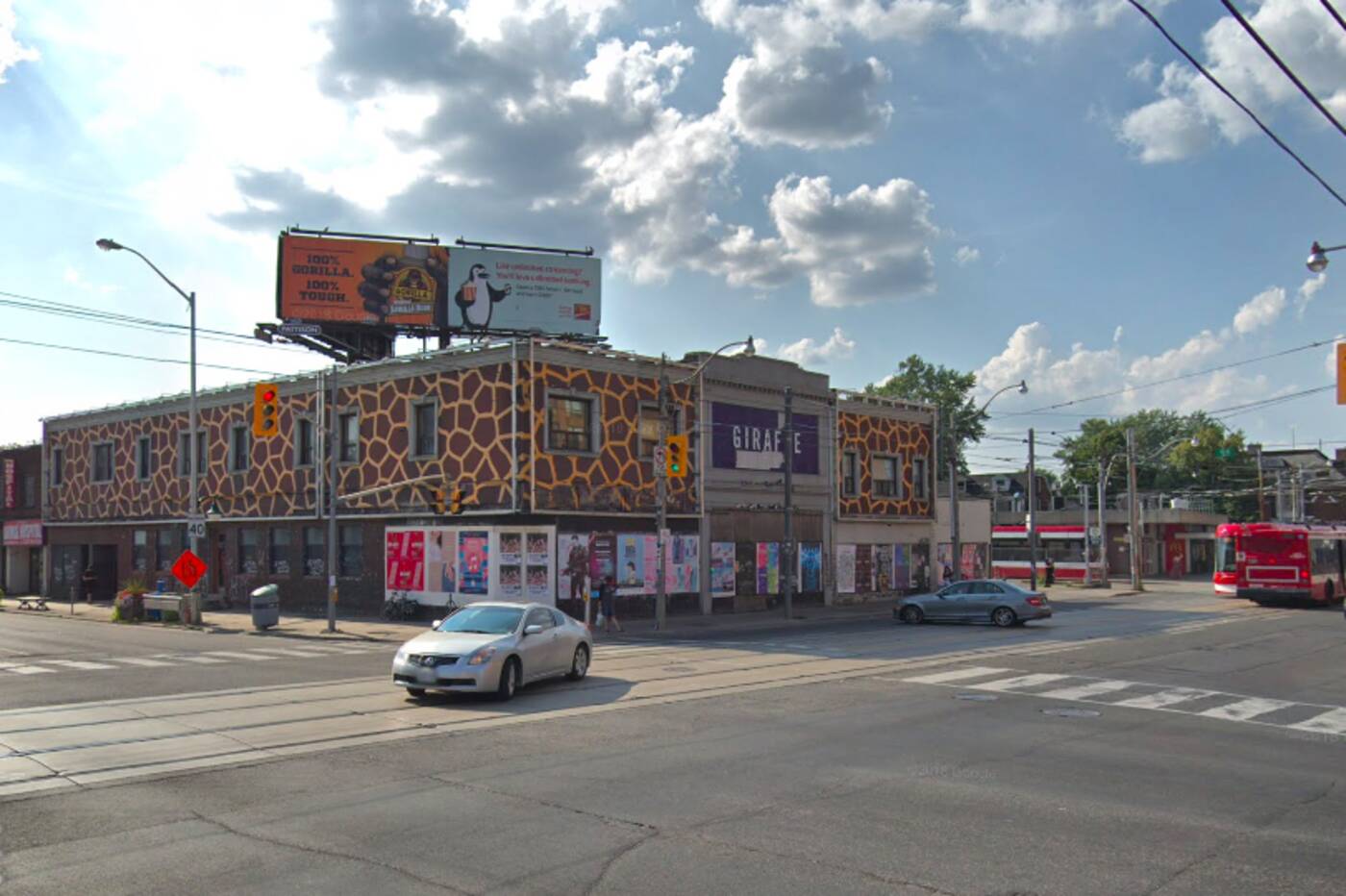 The abandoned Giraffe Condos sales centre is hard to miss and impossible to forget once you've seen it at Dundas and Bloor. Image via Google Maps.

Giraffe never came to be because of pushback from the community and height concerns, as well as something called FAR: Floor-Area ratio. Basically, it's the ratio of a development's footprint to its total usable floorspace. This typically depends on where a development is, allowing for more dense projects in certain areas.

The new 27-storey development is slated to contain 236 residential units and over 29,000 square feet of retail space on the first and second floor. Trinity Group paid $35 million for the Giraffe site and three other adjacent properties in March 2018. Opening is planned for 2023. 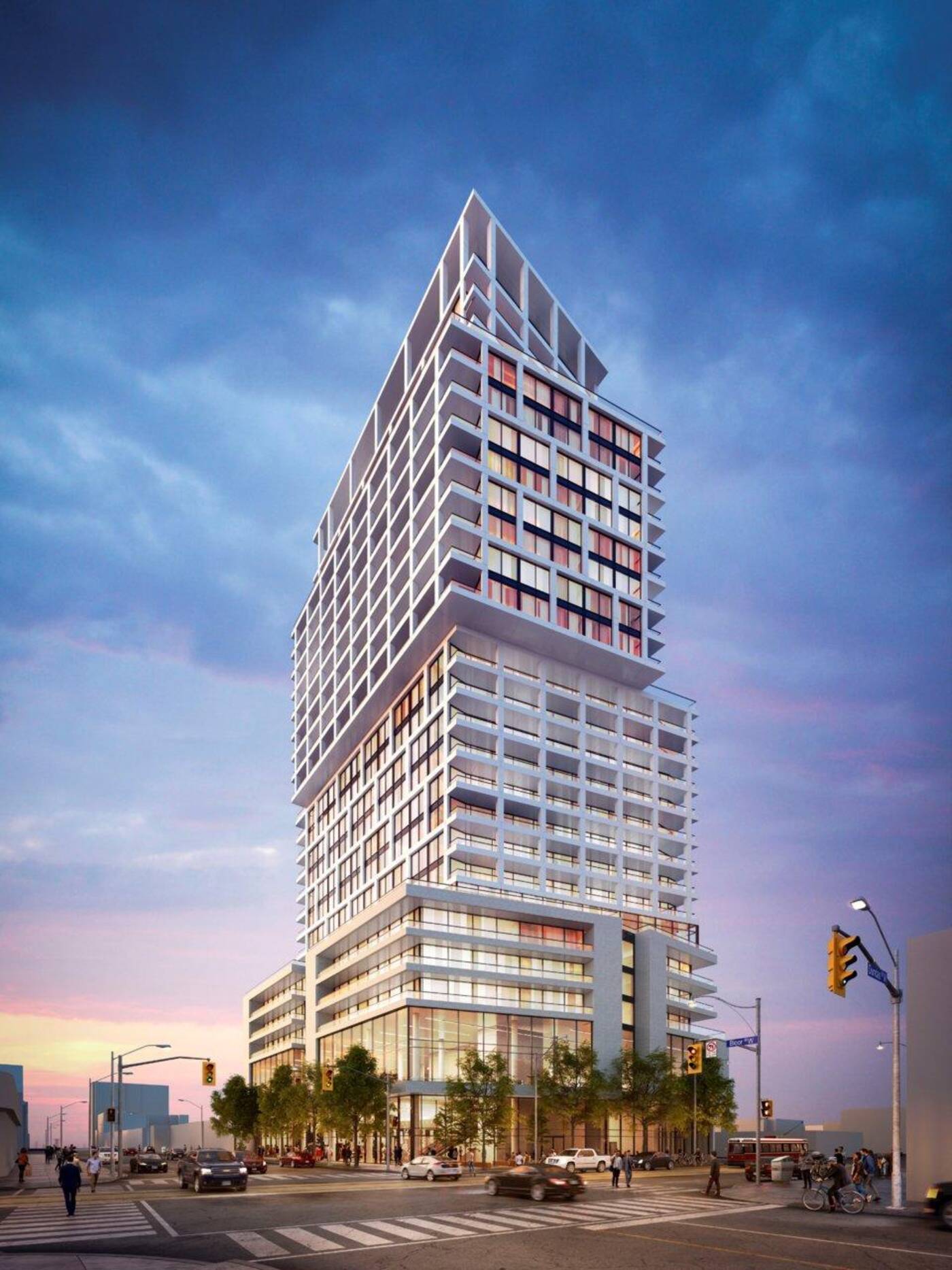 A new mixed use tower at Bloor and Dundas is set to replace the area's infamous 'giraffe building'. Image via Trinity Group.

These renderings are just a small part of a whack of transformations coming to the area set to change Bloor and Dundas as we know it.

A hub for the UP Express with dedicated service to Union and Pearson has brought a huge increase in traffic and popularity to the intersection.