An entire new neighbourhood is coming to Dundas and Bloor

A massive new community will soon be springing up in the space between Toronto's Bloordale, High Park, Junction Triangle and Roncesvalles neighbourhoods, right on top of a 1962-built retail plaza that you may know as "where Zellers used to be."

Located on a 10-acre site at the southeast corner of Dundas and Bloor, the project is slated to be huge — as in three new city roads running through it huge — and developers just released a whole new whack of information about how it will look and function.

Get ready for gardens and green space galore. Also a whole bunch of condos and stores. 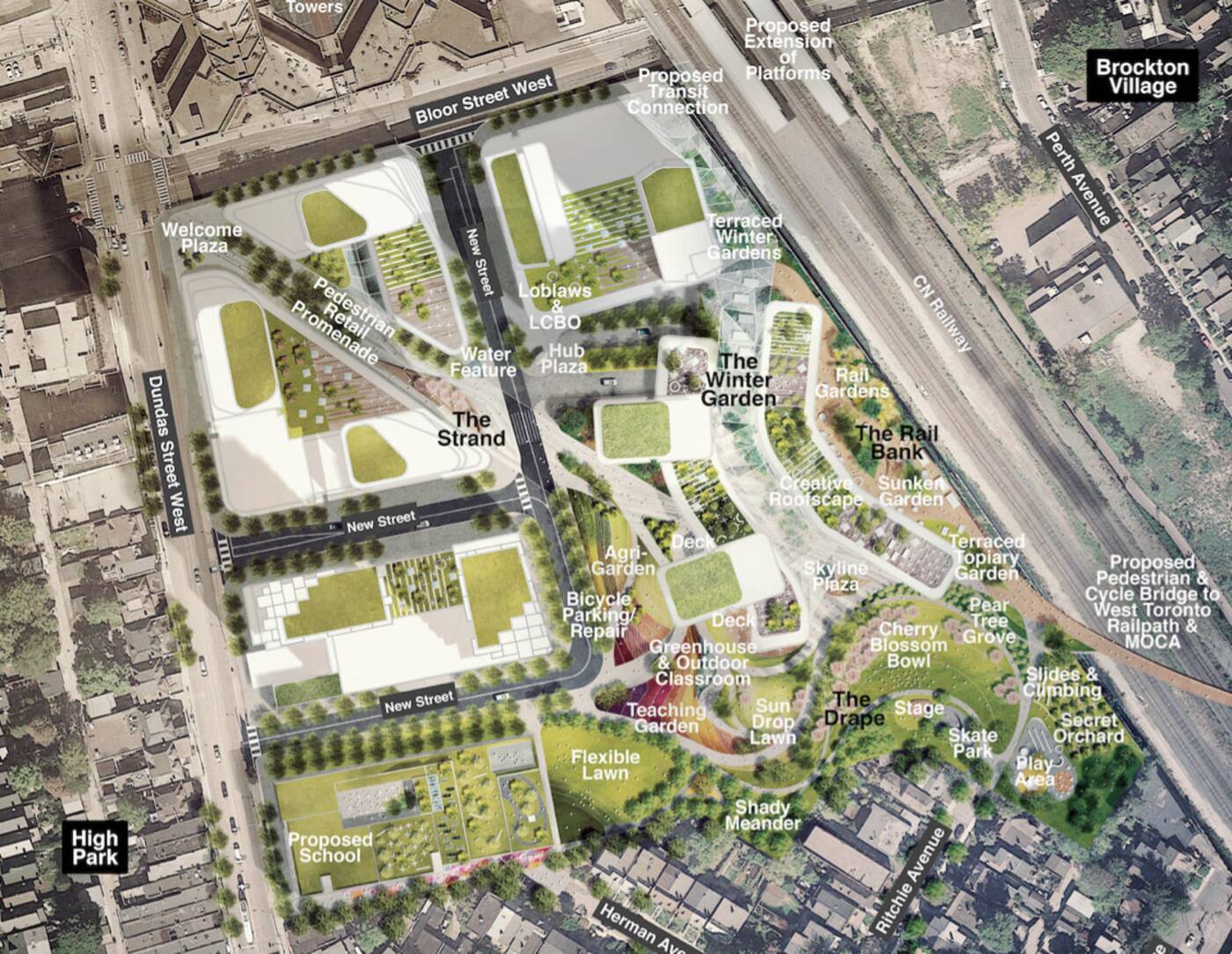 Choice Properties Real Estate revealed its most-recent plans for the Bloor Dundas redevelopment on Thursday ahead of a community consultation scheduled for this weekend.

We already knew some of what's included in the new planning documents, like the fact that developers want to relocate an entire Catholic high school within the site and that transit access is a major priority.

Today, however, we got a more detailed breakdown of how Choice wants to develop the space.

The latest plans suggest that this community will have approximately 2,600 purpose built residential units ranging from 1-3 bedrooms, a portion of which will be dedicated to affordable housing. 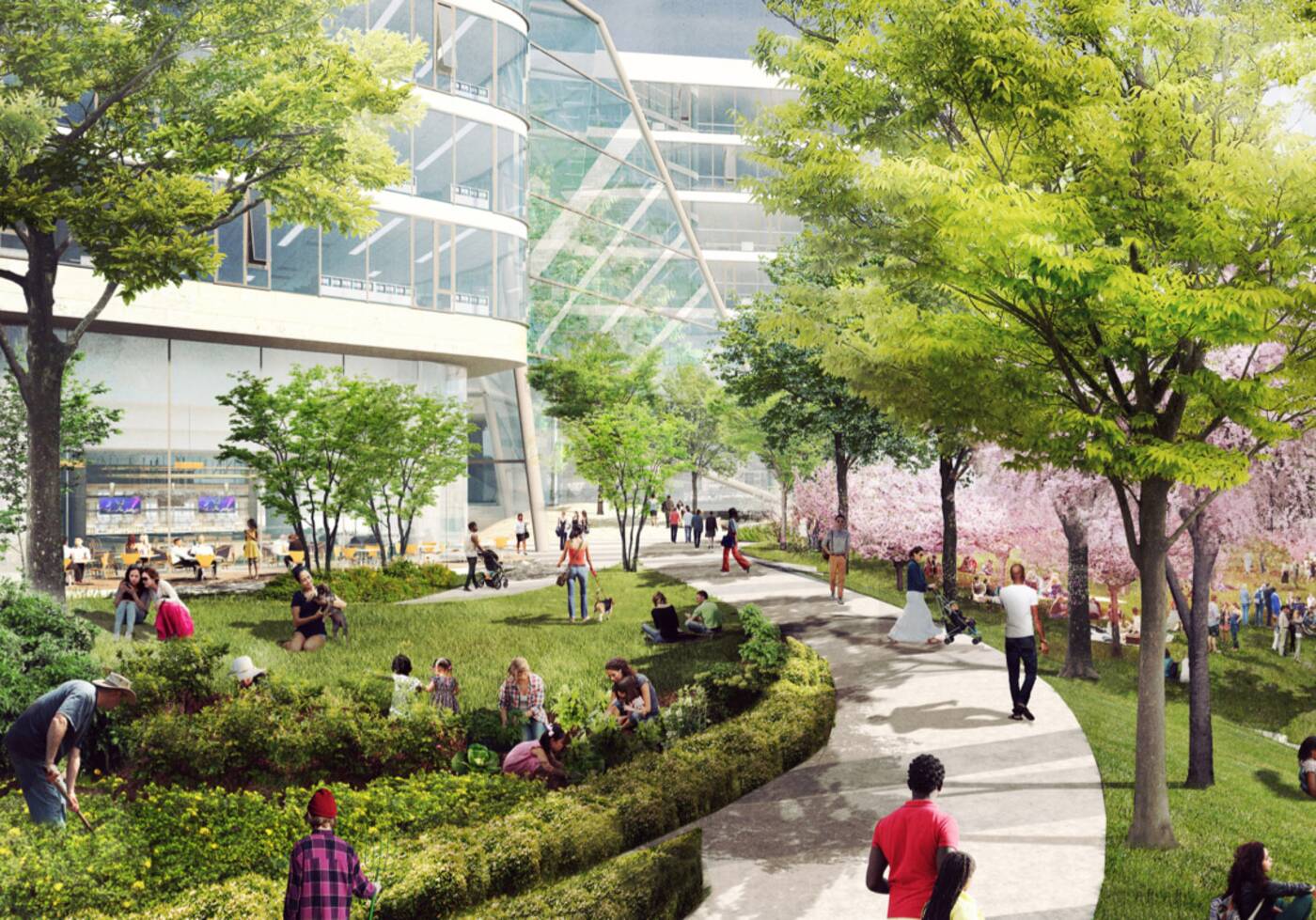 More than 650,000 square feet of office and retail space will be spread across the site as well, making room for an expected 3,500 jobs and a variety of shops and services.

The holy trifecta of never having to leave one's block (Loblaws, LCBO and Shoppers Drug Mart) are all accounted for, and plenty of yet-to-be-named "local small businesses" are included in the plans.

New renderings illustrate proposed pedestrian connections to the TTC, Go Train and UP Express, as well as green space elements including a pear tree grove, a cherry blossom bowl and terraced winter gardens.

This Saturday's open house at 2280 Dundas Street West will be the third that Choice has hosted for members of the community to learn and provide feedback.

Still, developers note that they're still in the early stages of planning.

"Informed by the City of Toronto's Policies, our plans will be reviewed and approved at various stages," reads the project's micro-site. "As this is a long-term project we will take the time to do it right."