Popular Toronto Value Village location is being replaced by condos

The massive Value Village by Bloor and Lansdowne will soon become a pair of condo towers and a new GO station.

After nearly a year of speculation about the future of downtown Toronto's most popular location of the thrift store chain, it's been confirmed that the Lansdowne Value Village is slated to be torn down for 31- and 33-storey condos. 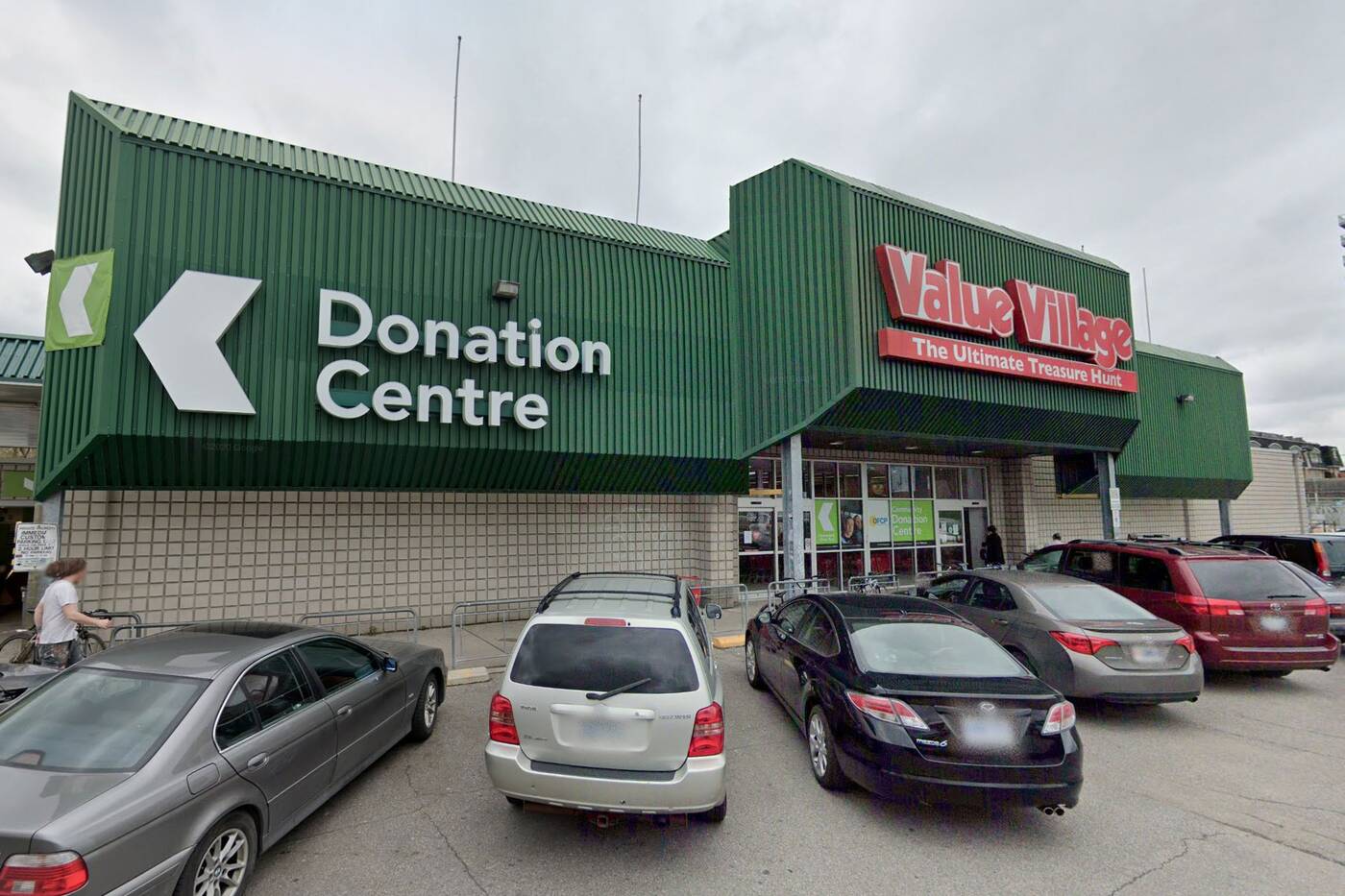 The Value Village at Bloor and Lansdowne is being replaced by two new condo towers. Photo via Google Street View.

According to a recent proposal from developer Bousfields Inc., the nearly 2.5 acre property at 1319 Bloor St. West (half of which is a parking lot) will soon be no more.

Say goodbye to cheap housewares and sweet pre-loved jeans, and say hello to 634 new residential units, none of which are required by the City to be affordable so far.

KingSett Capital purchased the property at 1319 Bloor St. West. earlier this year for a purported $80 million. 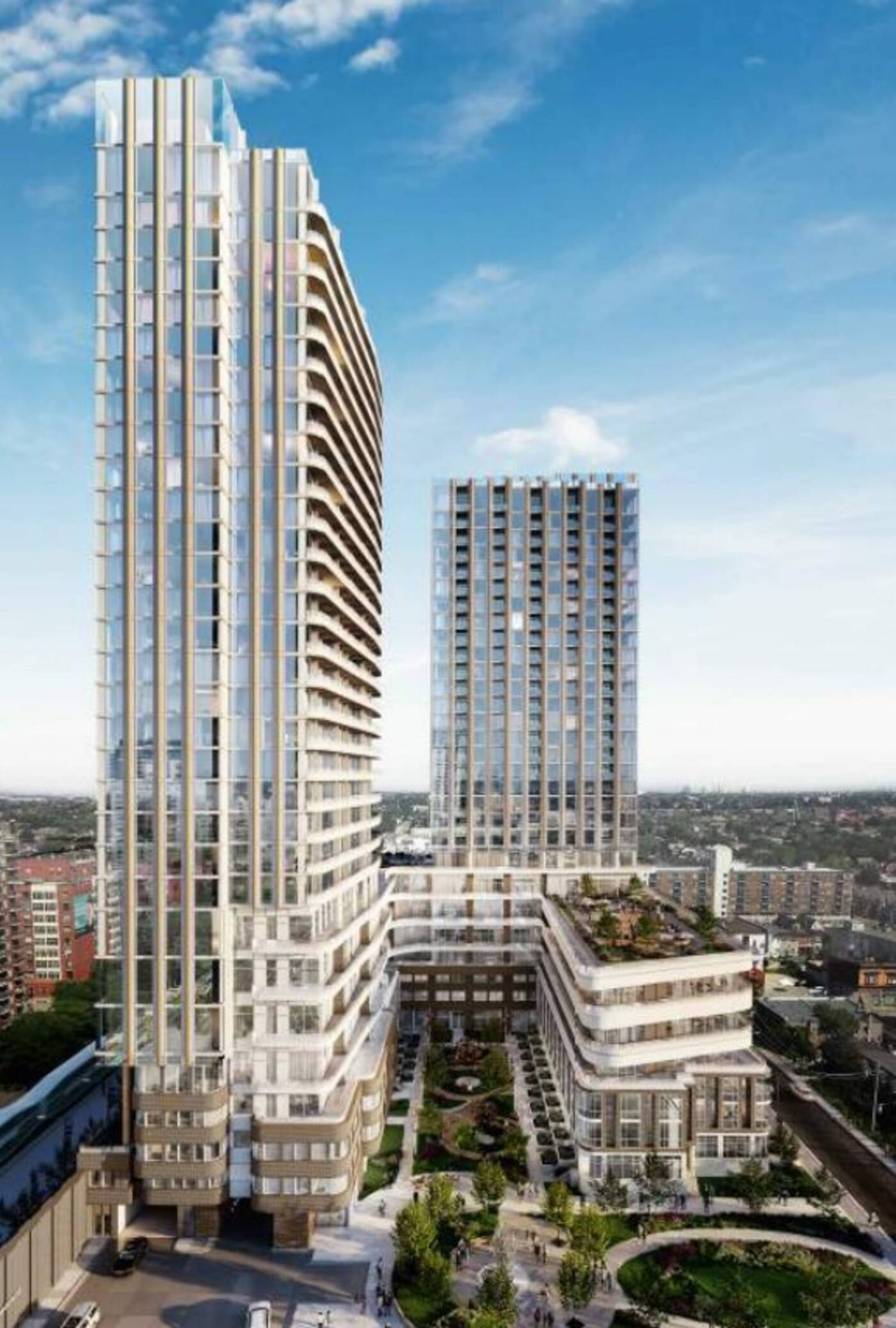 The nearly 2.5-acre site will include 634 new residential units. Photo by Hariri Pontarini Architects via City of Toronto application submission.

The site, which sits right by the Barrie line Railway Corridor and just south of the West Toronto Railpath, has long been identified as an underutilized area destined for major intensification.

KingSett is working with Metrolinx to incorporate a station entrance and platform for the new Bloor-Lansdowne GO Station. Part of the property adjacent to the GO Rail line will be transferred to Metrolinx. 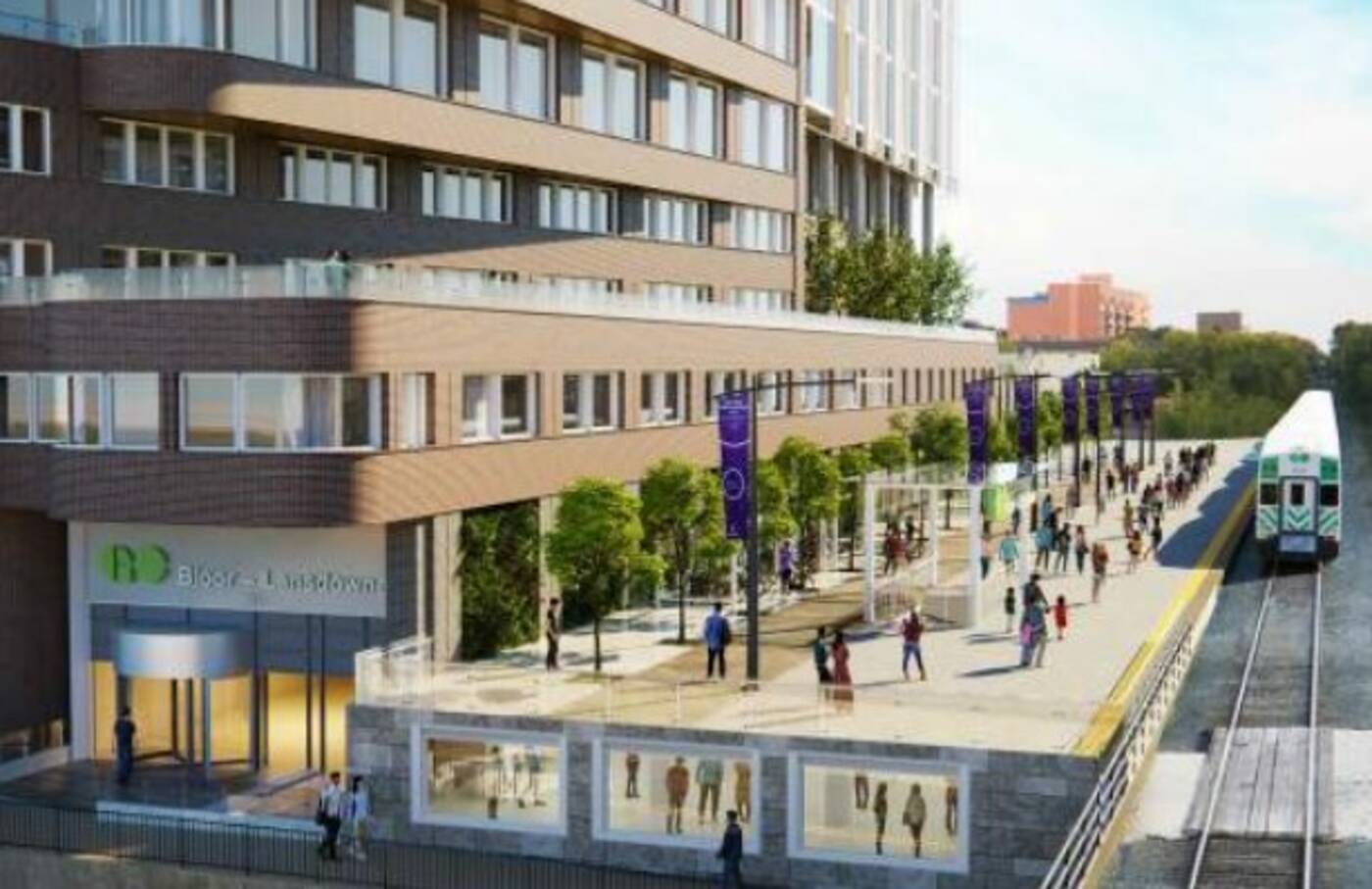 Developers are working with Metrolinx to incorporate the new Bloor-Lansdowne GO Station into the development. Photo by Hariri Pontarini Architects via City of Toronto application submission.

According to preliminary plans, the new GO station is slated to open in 2024.

Plans for the site also include a new public park at St. Helen's Avenue and retail space on the first floor of the C-shaped podium joining both condos. 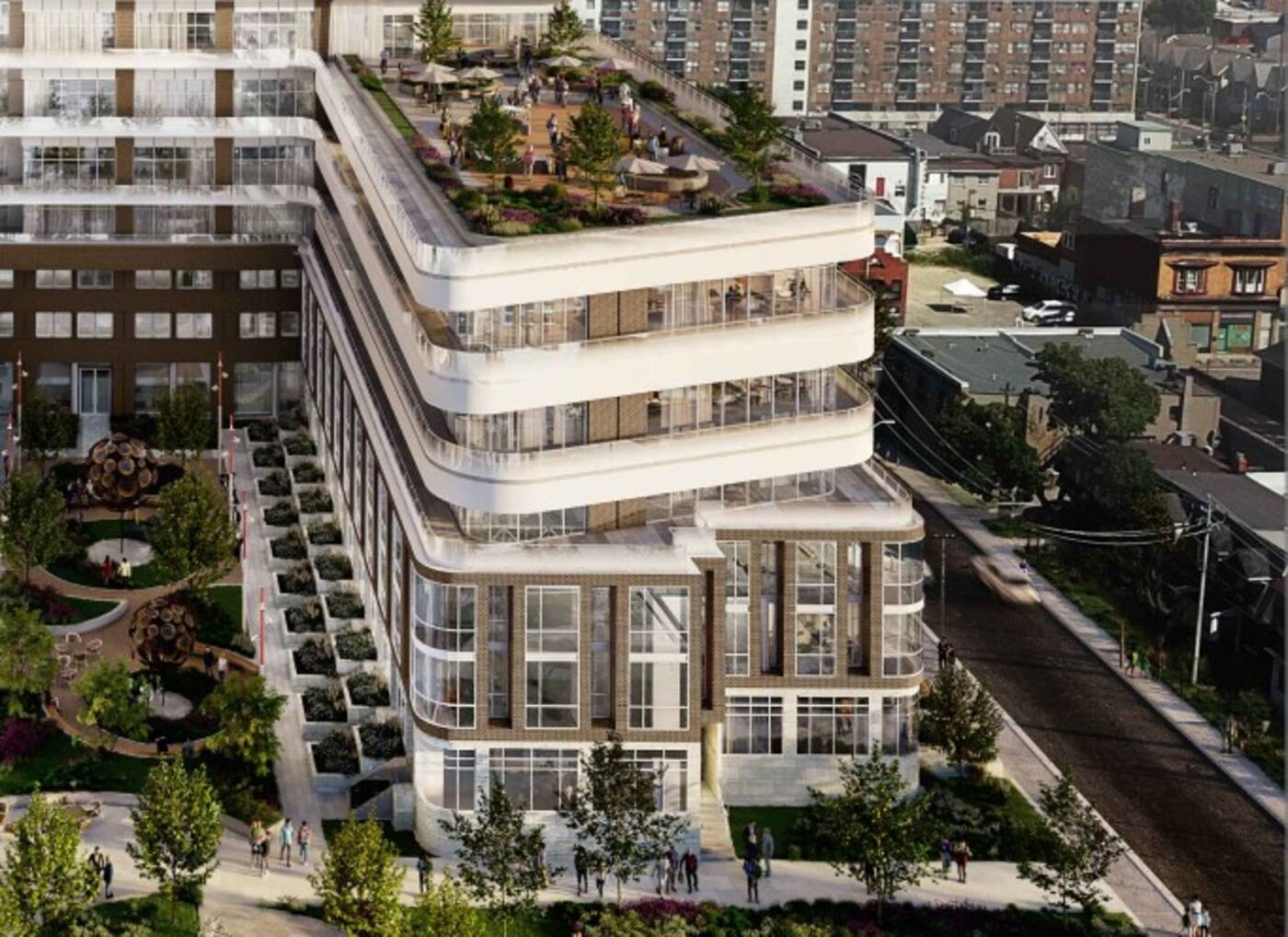 The site will take over the longtime Lansdowne Value Village building, which formerly housed a supermarket. Photo by Hariri Pontarini Architects via City of Toronto application submission.

A two-level parking garage will extend underground, while the top of both towers will include mechanical penthouses. One-bedroom and two-bedroom units will make up the majority of the units.

The Lansdowne Village Village is temporarily closed for lockdown, and plans for any permanent closure have yet to be announced.