One of Toronto's newest towers will be shaped like a honeycomb

Toronto's new honeycomb-shaped building is getting some buzz as it gets closer to reality.

One Delisle is still in the planning phase but by the look of these new renderings, the 44-storey building will be a landmark at Yonge and St. Clair.

The design from Jeanne Gang and Chicago architecture firm Studio Gang (who is working with Toronto's Slate Asset Management), clads multiple elongated hexagonal modules together in a honeycomb pattern, as the website for the project describes it. 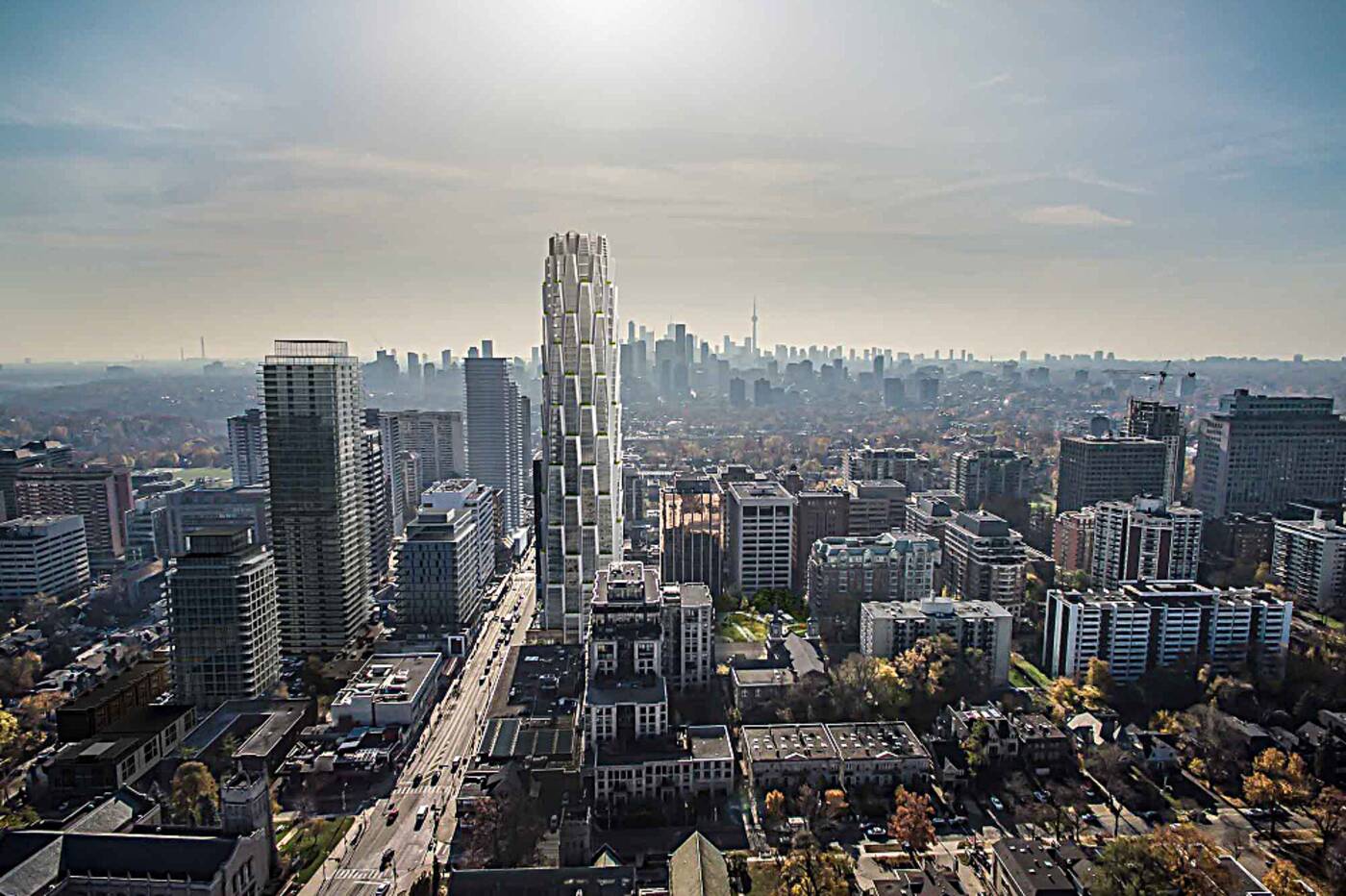 The building facade is meant to capture sunlight, minimizing shadows on the street.

The cylindrical shape is designed to capture sunlight, and minimize shadows on the street. The façade comprises a series of eight-storey elements, which "nest together as they spiral up the building."

The balconies set within these elements lean outward for sun-shading and wind protection.

Gang recently described the building shape as having a pattern found in an artichoke or pine cone.

"I'm a huge fan of the patterns you can find in nature and there's always a logic to it," Gang told the Globe and Mail. 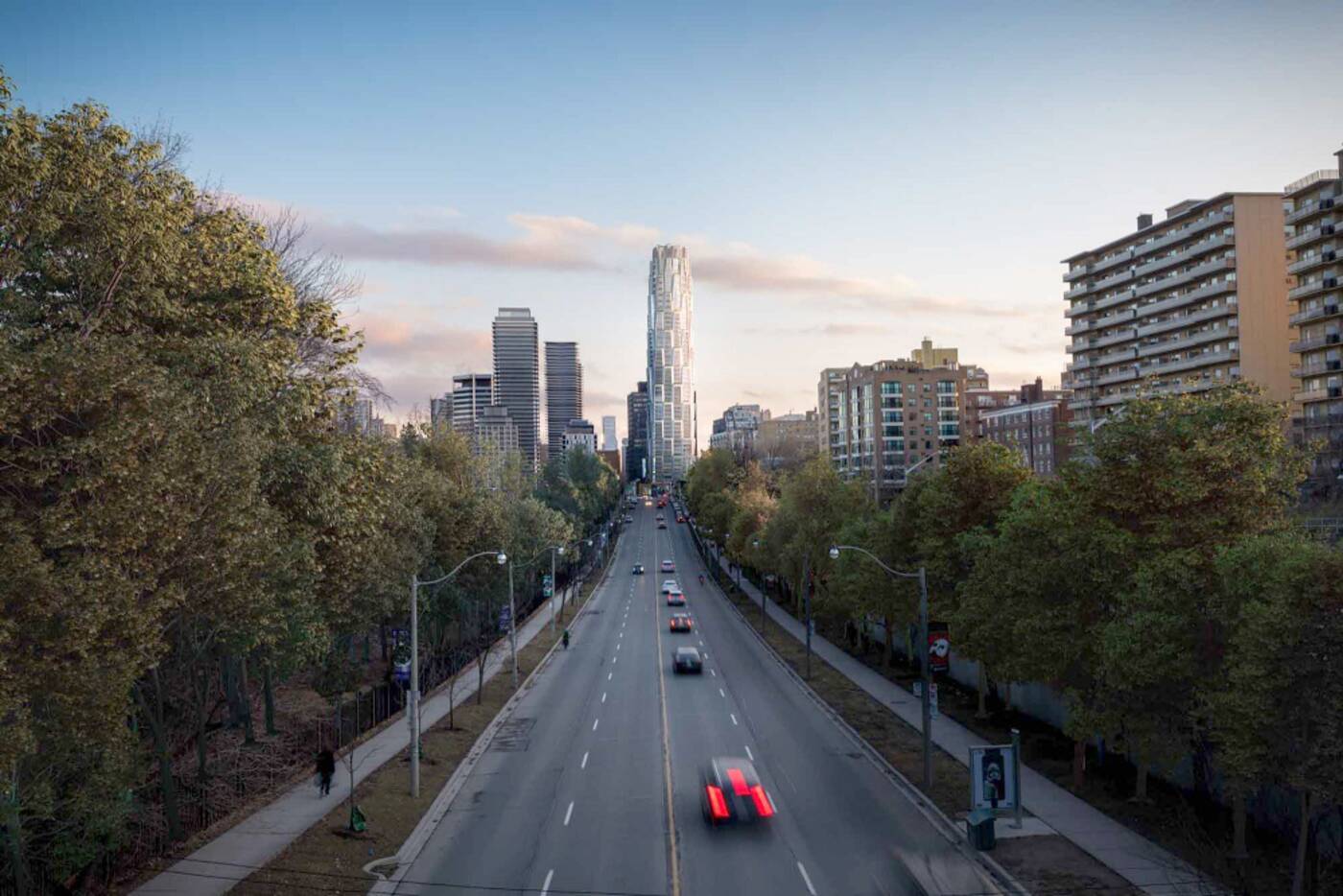 The building will be a landmark once complete.

Whatever the inspiration, the building looks unique and it will occupy a large area.

The most recent submissions to the city detail plans to expand the building podium west to 15 Delisle Ave. 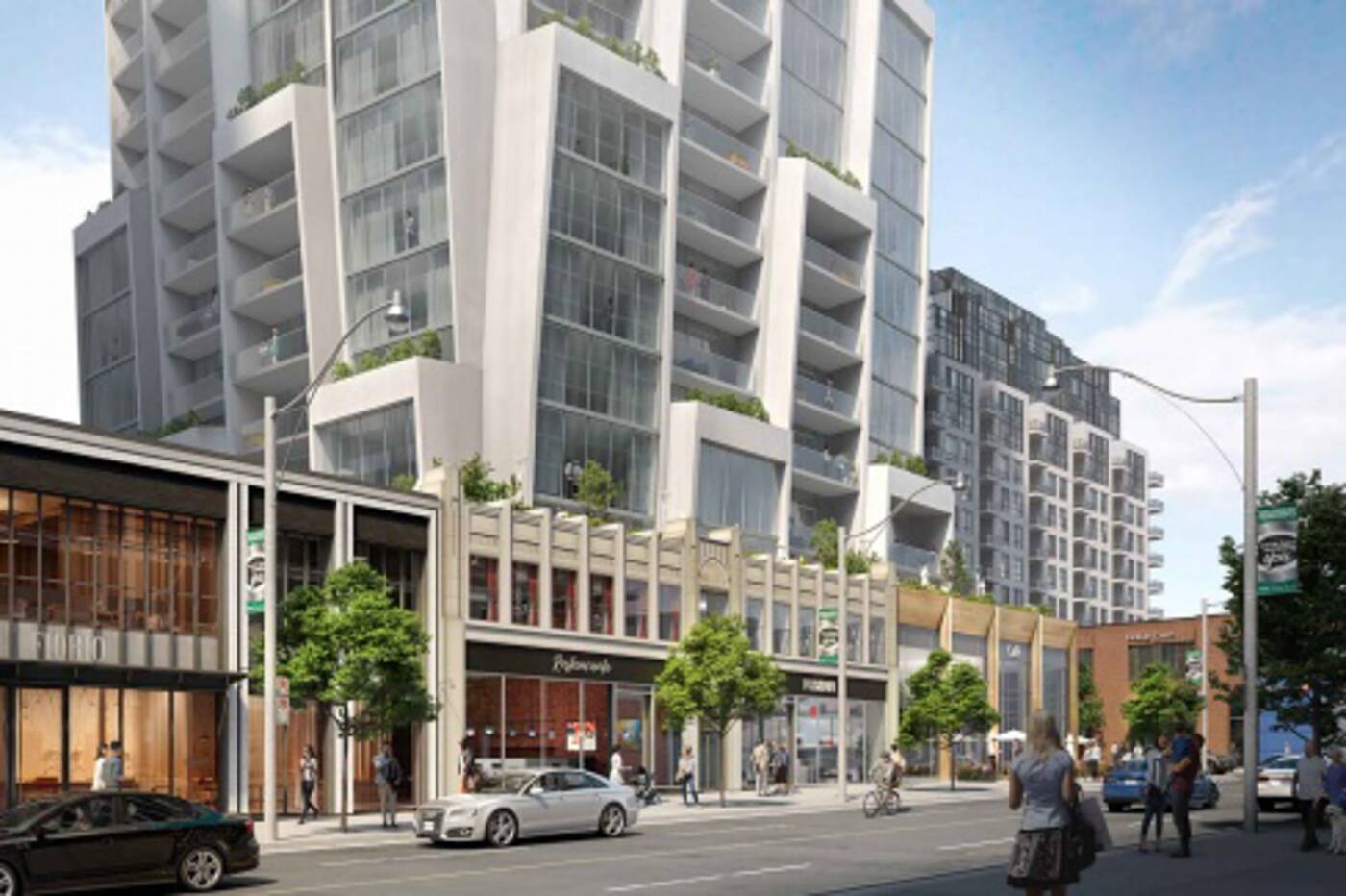 The plans are for 363 residential units and 1,640 square metres of non-residential area. The design will keep the current façade of 1496 to 1500 Yonge Street, and there will be parkland at the rear of 30 and 40 St. Clair Avenue West. 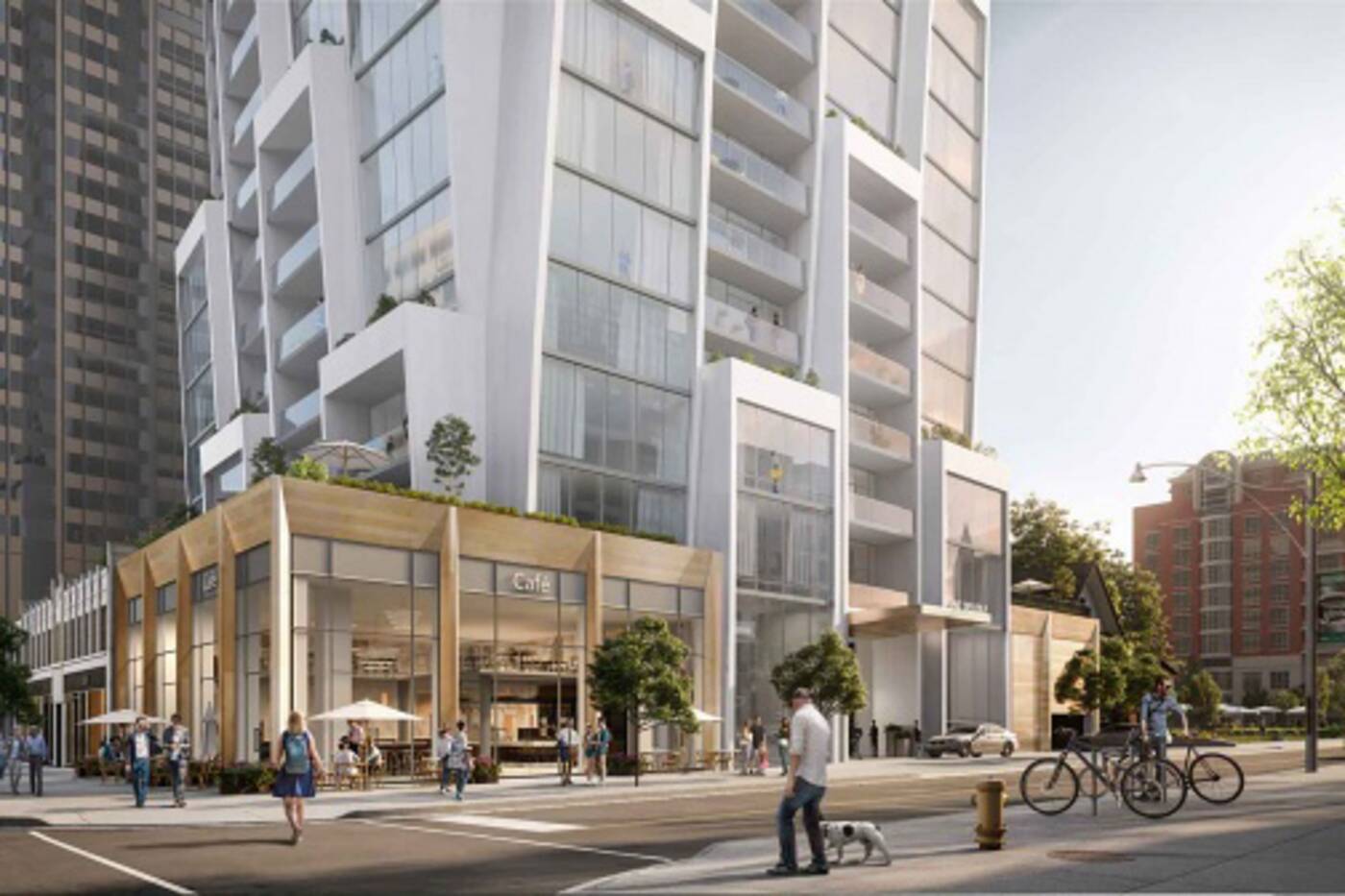 Retail space is planned for the podium.

Amenities planned for the building include a wine and cocktail lounge, and a spa that includes a "eucalyptus room," a salt room, an infrared sauna and "Japanese terraces."

Developers are aiming for occupancy in 2026.

An earlier version of this post had the incorrect date for expected occupancy.