As real estate prices in Toronto continue to skyrocket and the city contemplates implementing a luxury home tax, new data has been released to indicate which areas, exactly, have the most expensive houses.

The city released a report last week that examines the potential effects of increasing land transfer taxes for homes worth more than a certain amount, and also includes a handy chart breaking down how many luxury homes were in each ward of the city.

The thresholds used were $1.4 million or more — which is actually less than the average price of a detached home in Toronto — as well as $2 million or more. 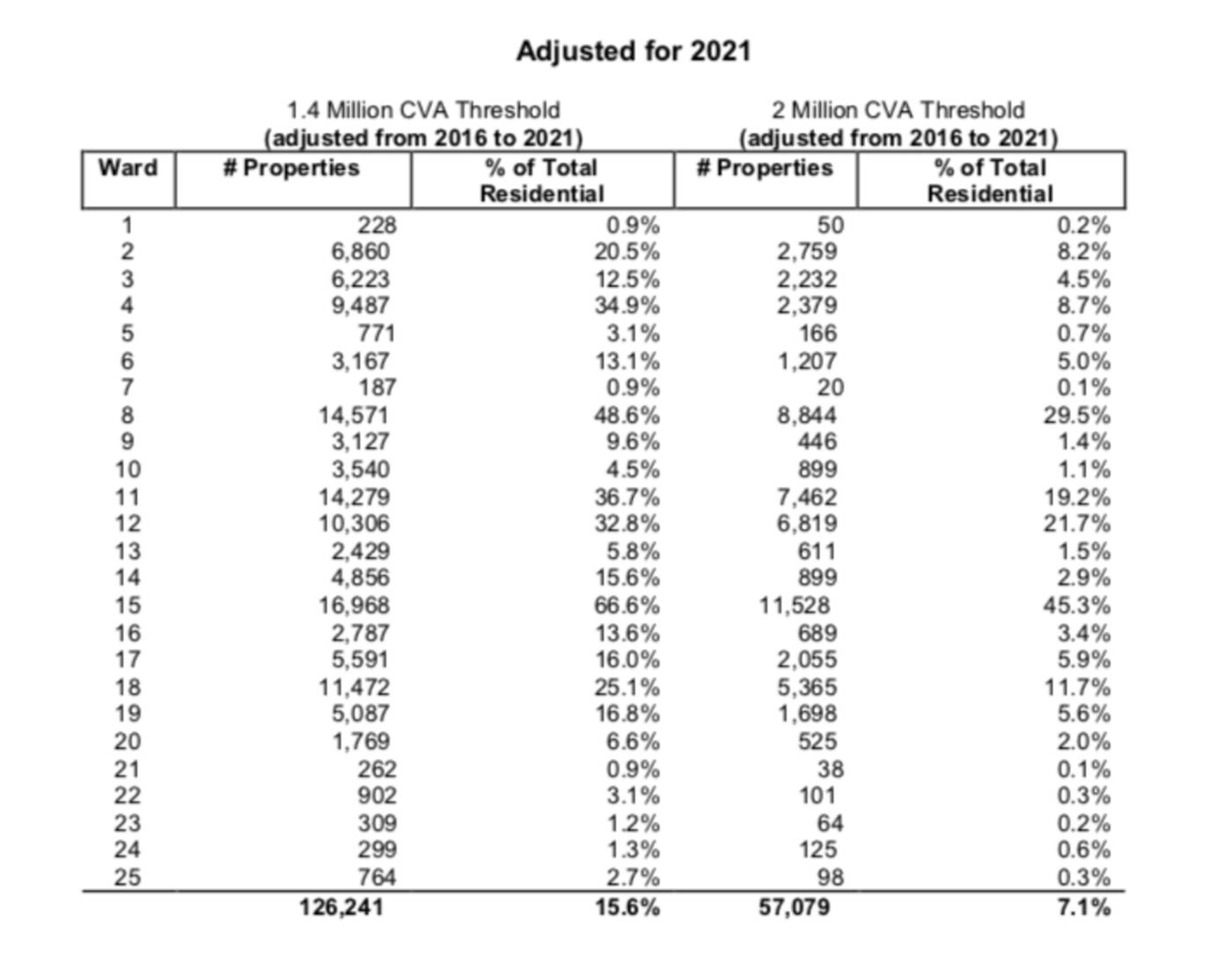 The number of homes in Toronto that cost more than $1.4 million and $2 million, respectively, by area of the city. From the City of Toronto's 2021 Capital and Operating Budget Supplemental Report: Municipal Land Transfer Tax report, per Matt Elliott's City Hall Watcher newsletter.

The neighbourhood with the most homes over these values in 2021 by a landslide was Ward 15, Don Valley West, in which a whopping 66.6 per cent of properties are valued to be over $1.4 million, and 45.3 per cent over $2 million.

Though the top three is a bit unsurprising given that the areas are known to be wealthy ones — the first containing the Bridle Path, which Drake and other celebs call home and where houses easily go for tens of millions of dollars — the numbers themselves and the exact proportion of luxury homes are indeed a little staggering. 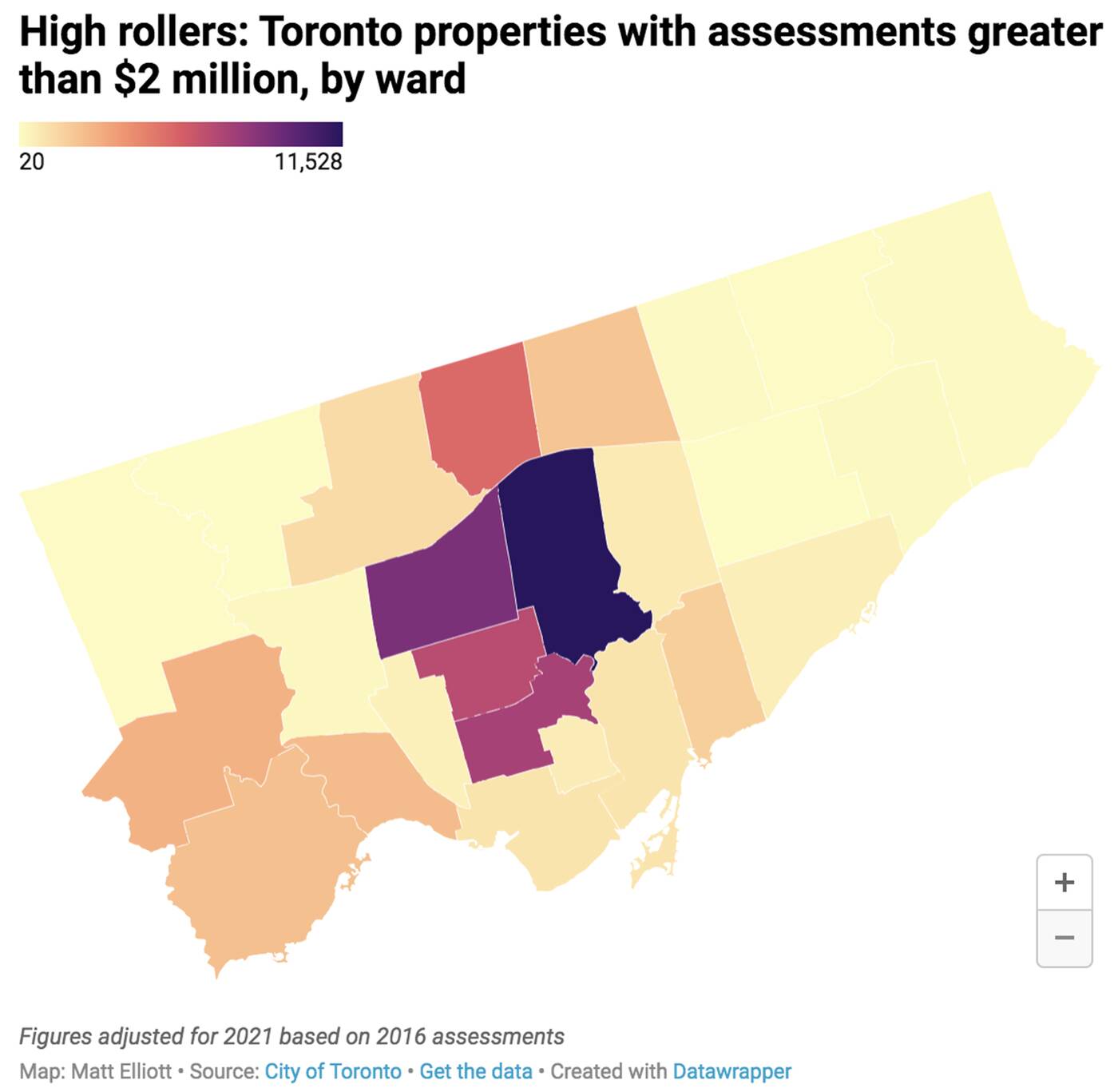 The areas of Toronto that have the most luxury homes. Map from Matt Elliott's City Hall Watcher newsletter.

Looking at a map illustrating the stats shows just how concentrated wealth is in the central portion of the city, even with Toronto as a whole being ranked one of the five least affordable housing markets in the world, prices remaining high and rising quickly all over the map, and luxury real estate values dropping significantly thanks to COVID-19.

Still, somehow, more people than ever have been buying ultra-expensive homes in the city, with more than 50 per cent more homes over $3 million sold in Toronto in 2020 than in the year previous.

With the housing market in the city slated to keep on heating up in 2021, we'll have to see how much more dramatic the divide between the city's wealthiest and its poorest will get, and the extent to which residents will leave the city for cheaper alternatives elsewhere in the province — an ongoing trend exacerbated by the pandemic.