There are a vast number of condo projects on the go in Toronto right now, but one of the most substantial may be Grand Central Mimico, an entire community that will include nine towers, hundreds of thousands of square feet of office and retail space, its own connections to transit and a huge multi-use "greenway" path.

The complex, dubbed Grand Central Mimico, will take over 55 acres at the Mimico Triangle with the intention of revitalizing the neighbourhood and offering a "cohesive, new urban experience," according to developer Vandyk Properties. 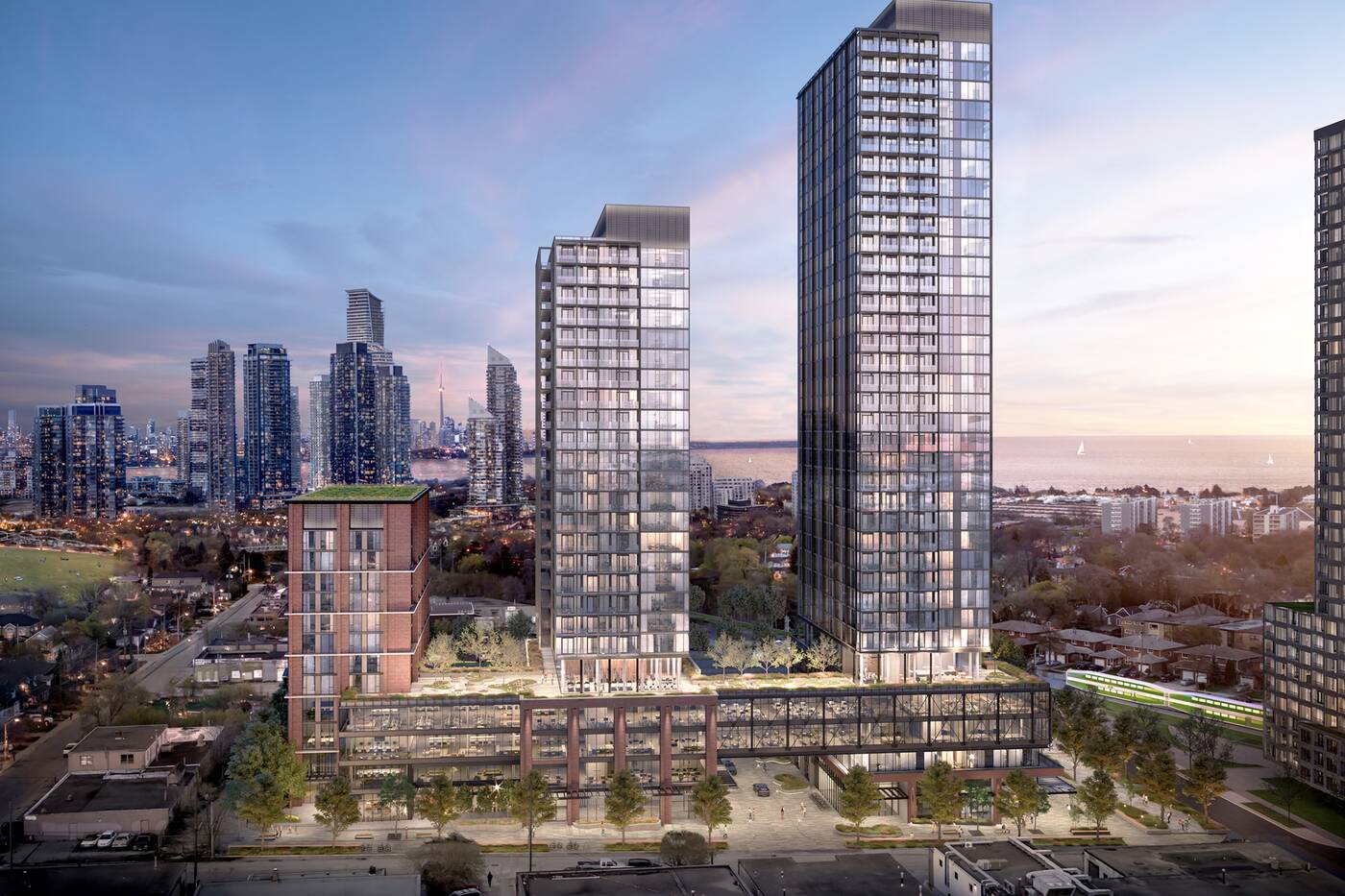 The dramatic undertaking near Royal York and the Gardiner will be public transportation-focused, and even has transit agency Metrolinx on board — making it the first collaboration of its kind — given that it will be located steps away from the Lakeshore West GO, which will have connections to the forthcoming Ontario Line subway.

The tenants of the new neighbourhood are expected to contribute to a three-times daily increase in ridership at the revamped Mimico GO station. 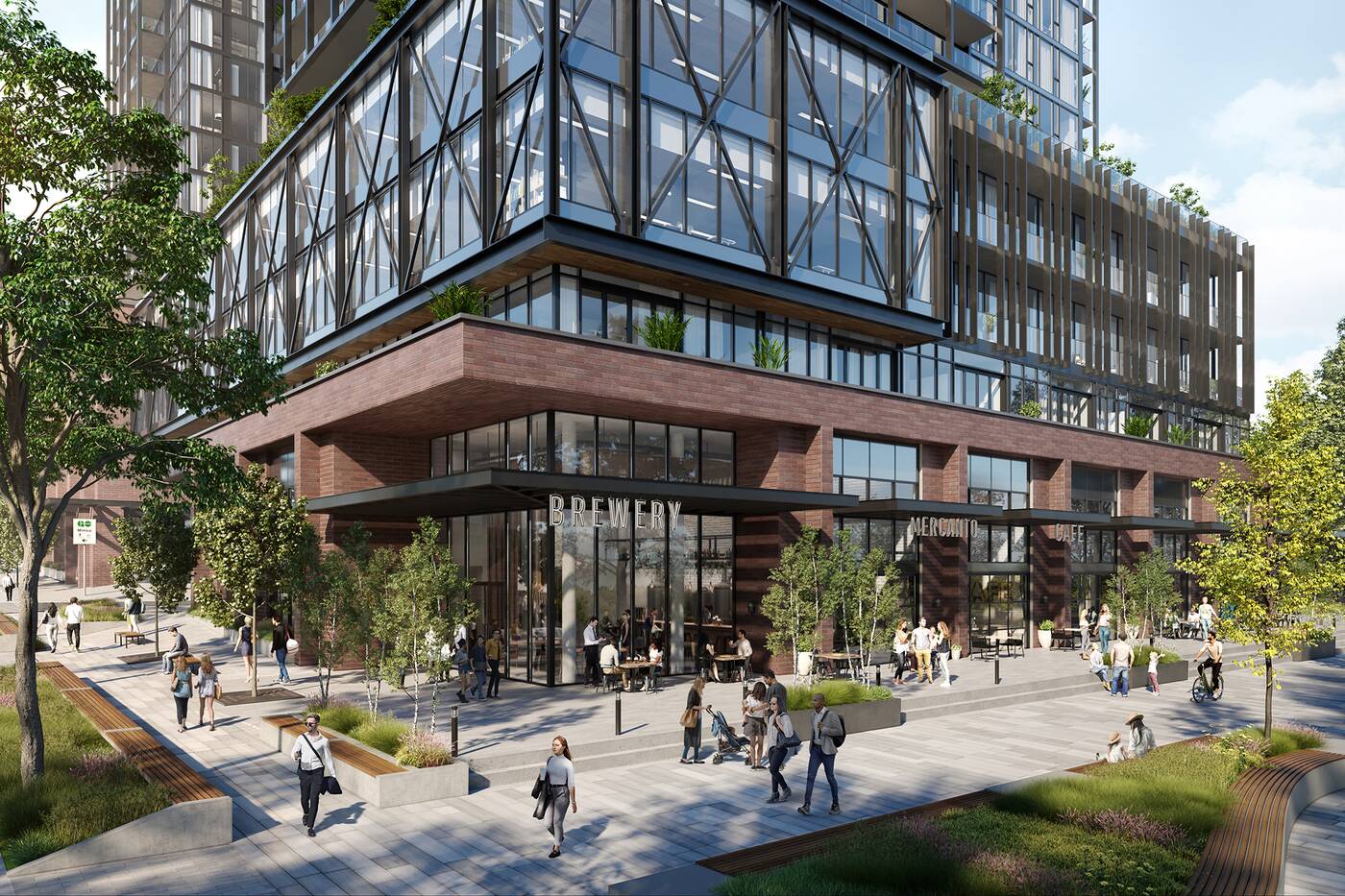 Along with its own station two stops away from Union Station, there will be tons of amenities for the residents of the complex's more than 3,000 condo units: the aforementioned 1.25 km greenway along the rail corridoor, a 12-acre sports field, tons of stores and offices, public art, restaurants, wellness centres, additional green space, and more.

It's ambitious, to say the least, reminiscent of the scale of forthcoming communities like Villiers Island, with residents able to get nearly everything they need within just a few blocks. 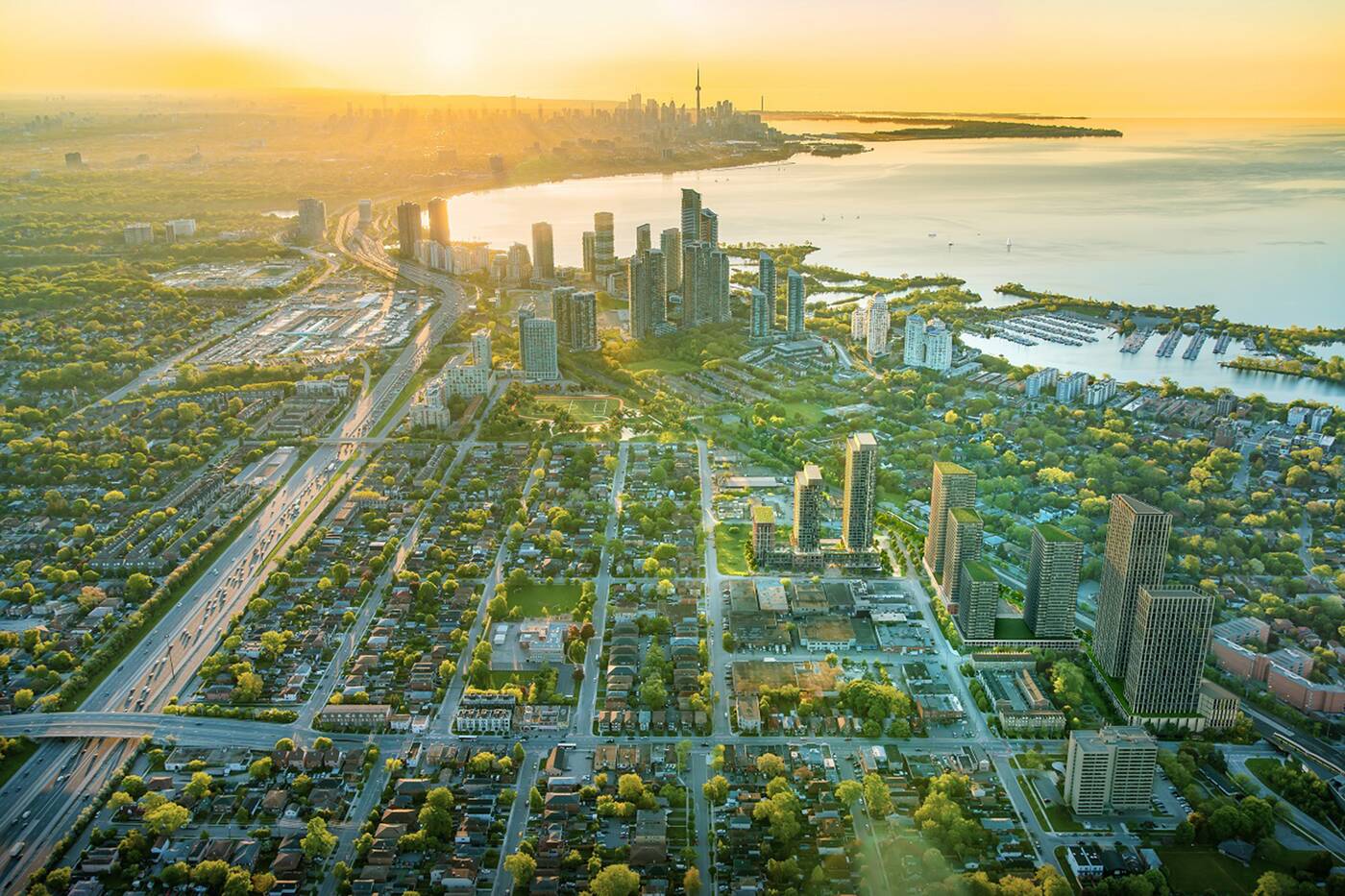 And understandably, it will take years to complete and will be done in phases, with condo sales for the first of three residential towers to kick off this spring.

That first building, the Buckingham, will have 751 units, a social club with multiple lounges, movie theatre rooms, a co-working space, retail including a grocery store, outdoor terraces, and a spa with a gym, yoga studio, steam room, and more. 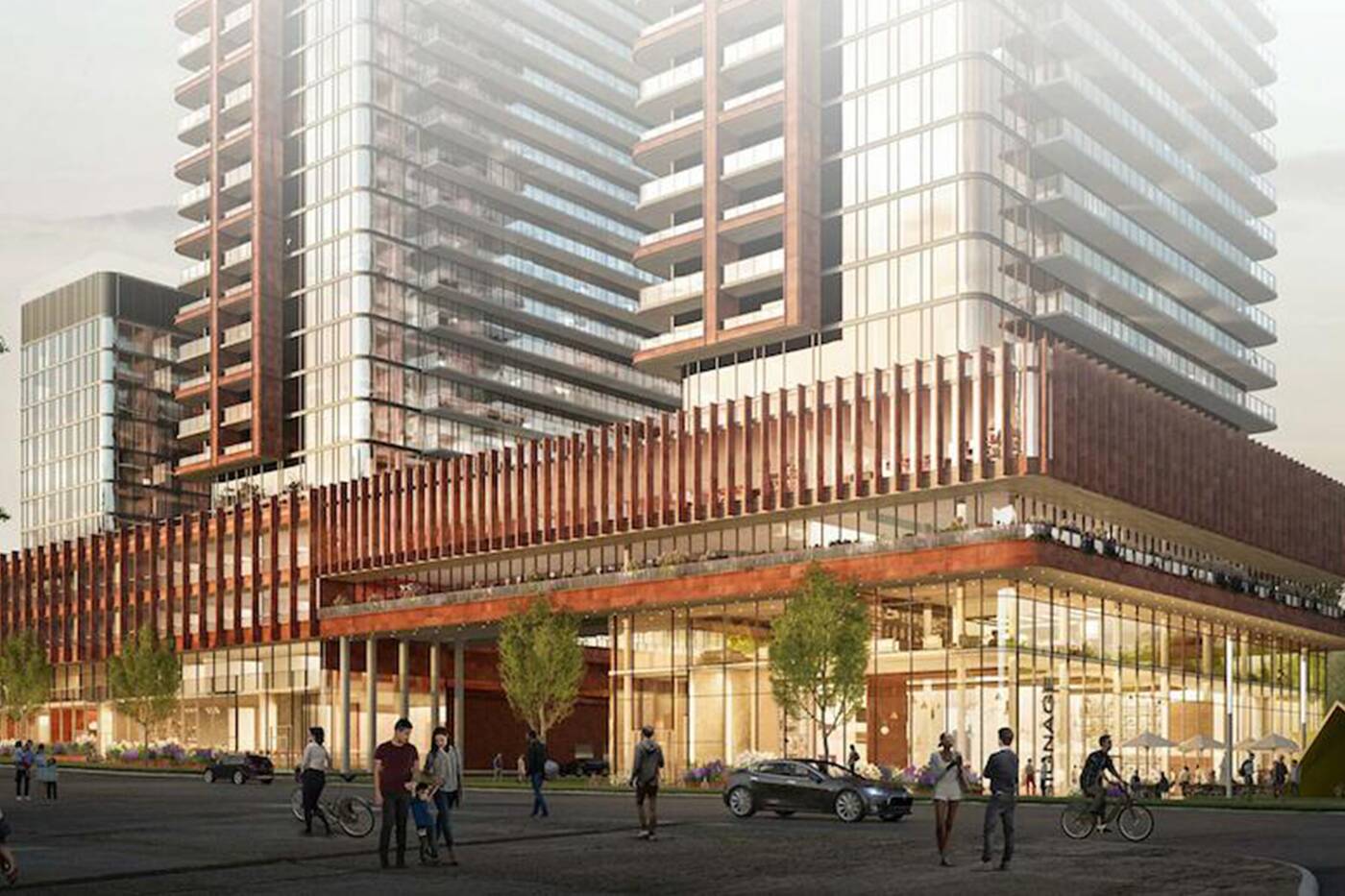 The refurbished Mimico GO is expected to be completed by 2023, and the entire community by the mid-2030s, when Gen Zers are eyeing their first home purchases — and will have a whole whack of new buildings to choose from.