It's been four years since Toronto's iconic discount store Honest Ed's closed down for good, and construction on the massive development replacing it is well underway.

Westbank Corp.'s multi-tower Mirvish Village project, which takes over several blocks on the southwest corner of Bloor and Bathurst, has steadily been rising above ground since Honest Ed's was torn down. 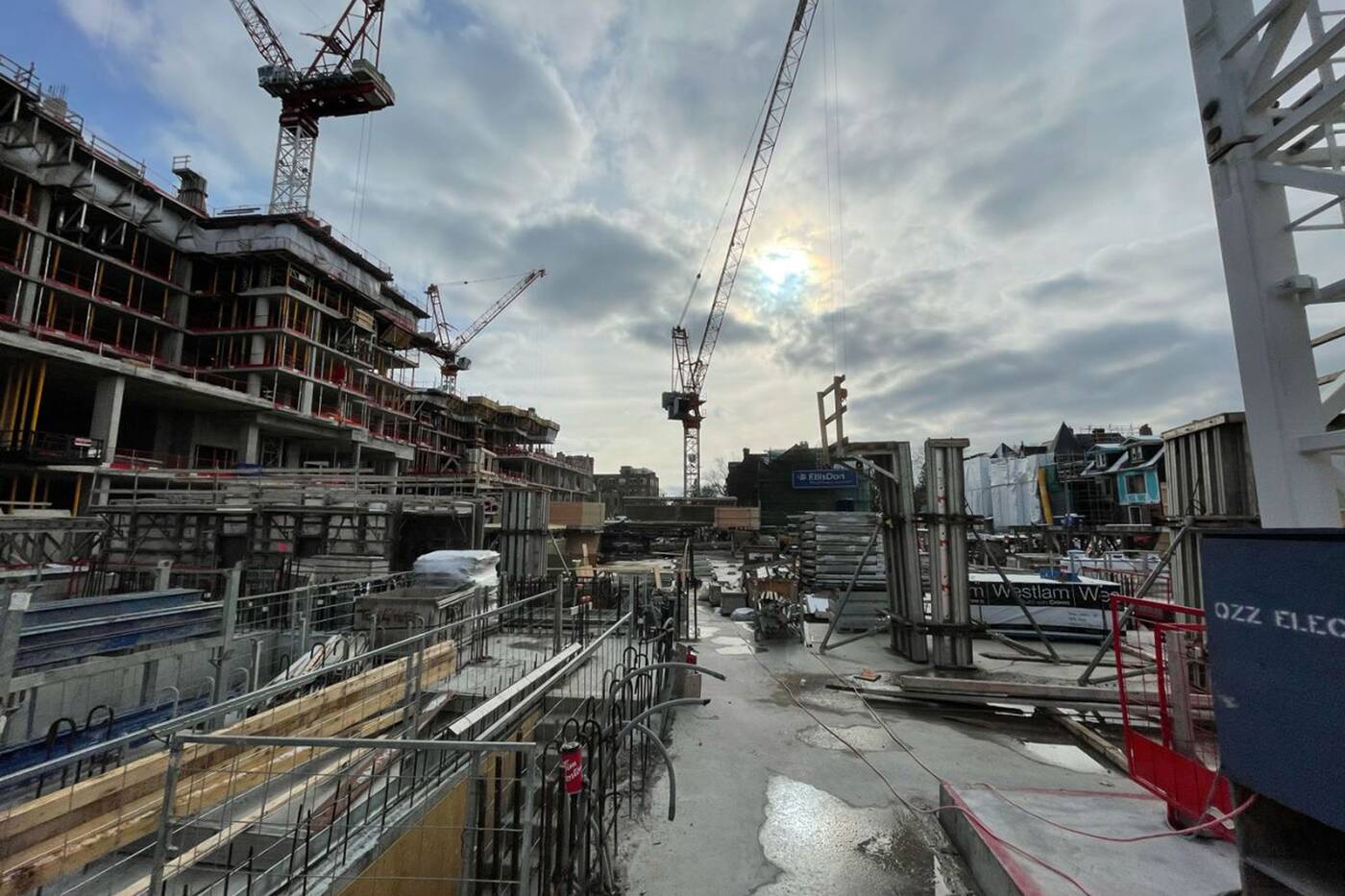 The Mirvish Village development has been underway since Honest Ed's was torn down in 2018. Photo via Ellis Don.

Five tower cranes currently soar overhead as work continues on the new community, which will see 916 rental suites spread out across five towers (13, 19, 24, 25, and 26 storeys), a new market building, 225,000 square feet of retail and office spaces, and public green space.

The eastern side of the site, which directly faces local businesses like Mallo and A Different Booklist (which could become a permanent tenant of Mirvish village with a Black cultural space on the site), is seeing the bulk of the height.

Our Mirvish Village site team is making exceptional progress thanks to our Virtual Design and Construction team as they provide assistance in all forms of #digitalconstruction to build projects of better quality with more efficiency and less uncertainty. #Toronto #technology pic.twitter.com/xP65aFLCv9

Following a $200 million injection of federal funding, the Mirvish Village development is also slated to include 366 affordable housing units, or 30 per cent of dwellings.

The preserved homes along Markham Street are still intact, with plans for renovations to better incorporate them into the new complex. 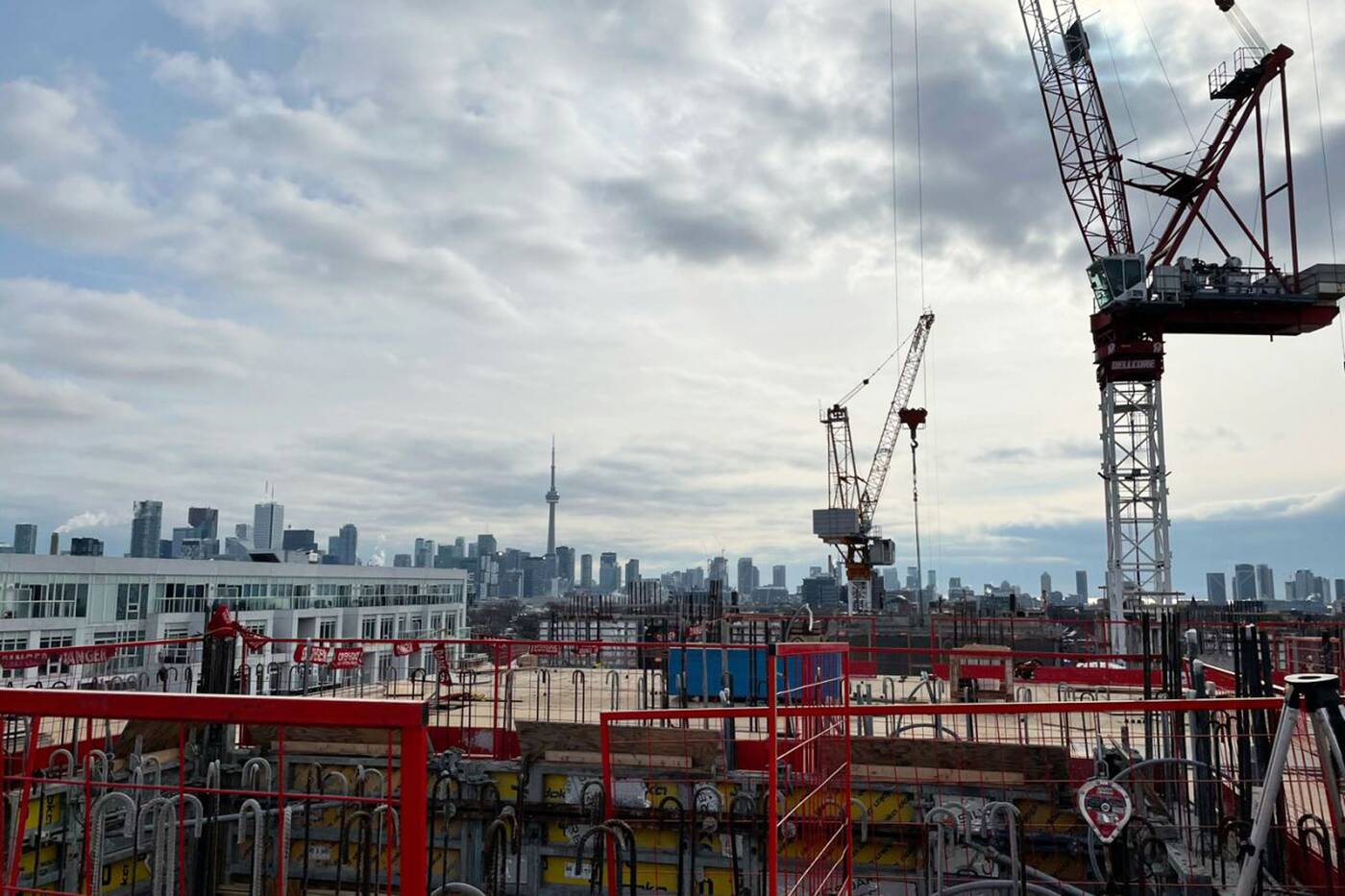 Five cranes and the perpetual sounds of construction rise up from the Mirvish Village site. Photo via Ellis Don.

Markham Street, currently bookended by truck entrances as the main artery of the construction site, will eventually host new retail and public spaces.

In a few years' time, the former site of the 68-year-old landmark will look drastically different than the corner that once drew bargain hunters from all across the city to its dusty shelves.