This is what Mirvish Village will look like in 5 years

With the doors to Honest Ed's officially closed for good, it's time to turn our attention to the future of Mirvish Village. We now have a much better of idea of what it'll look like that thanks to the most recent planning documents filed by site developer Westbank. 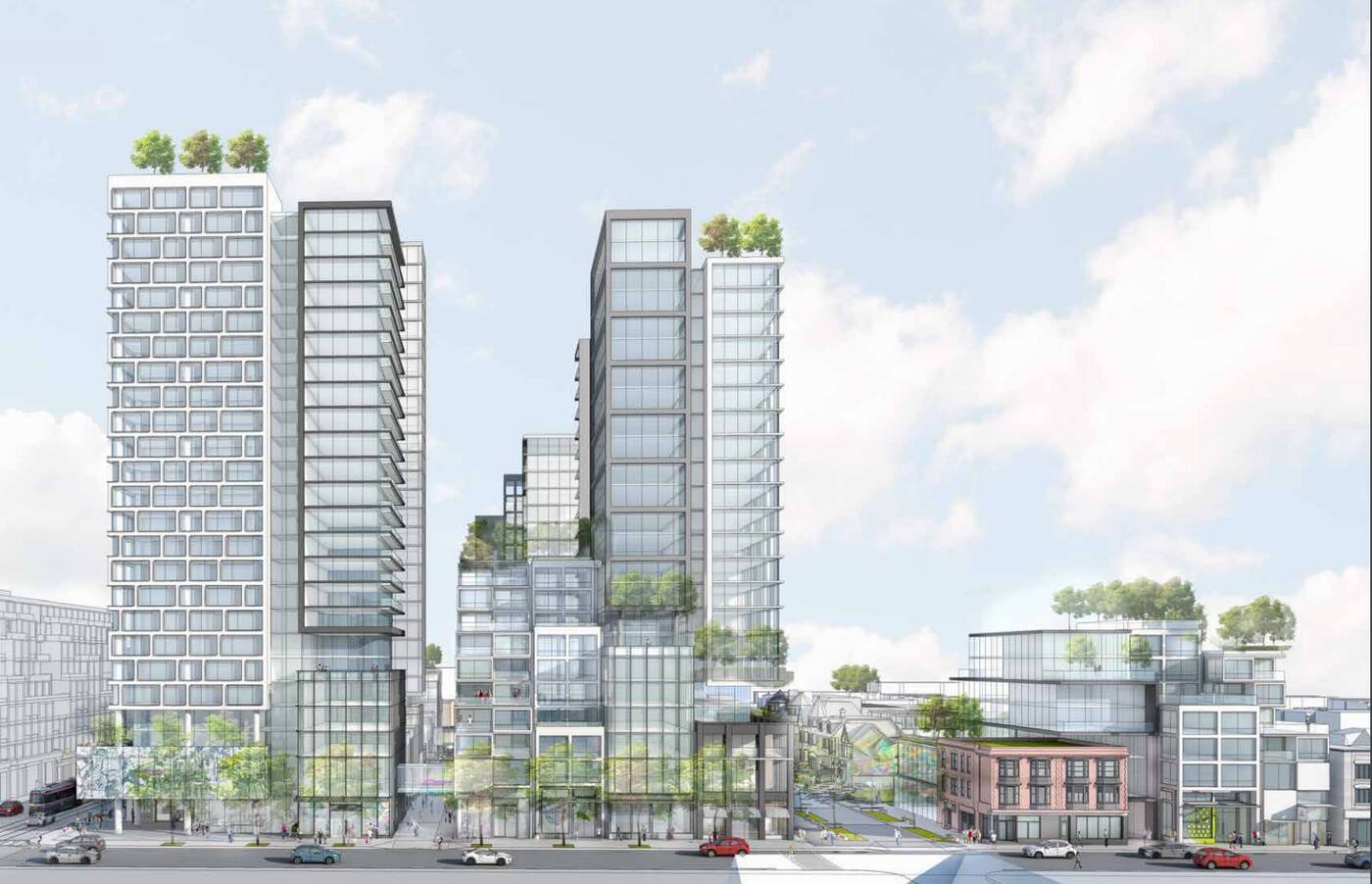 The Honest Ed's and Mirvish Village project has undergone extensive revisions in response to community consultation, heritage evaluation and municipal feedback. Now in its third iteration, the plans are starting to resemble what we might see in the next few years. 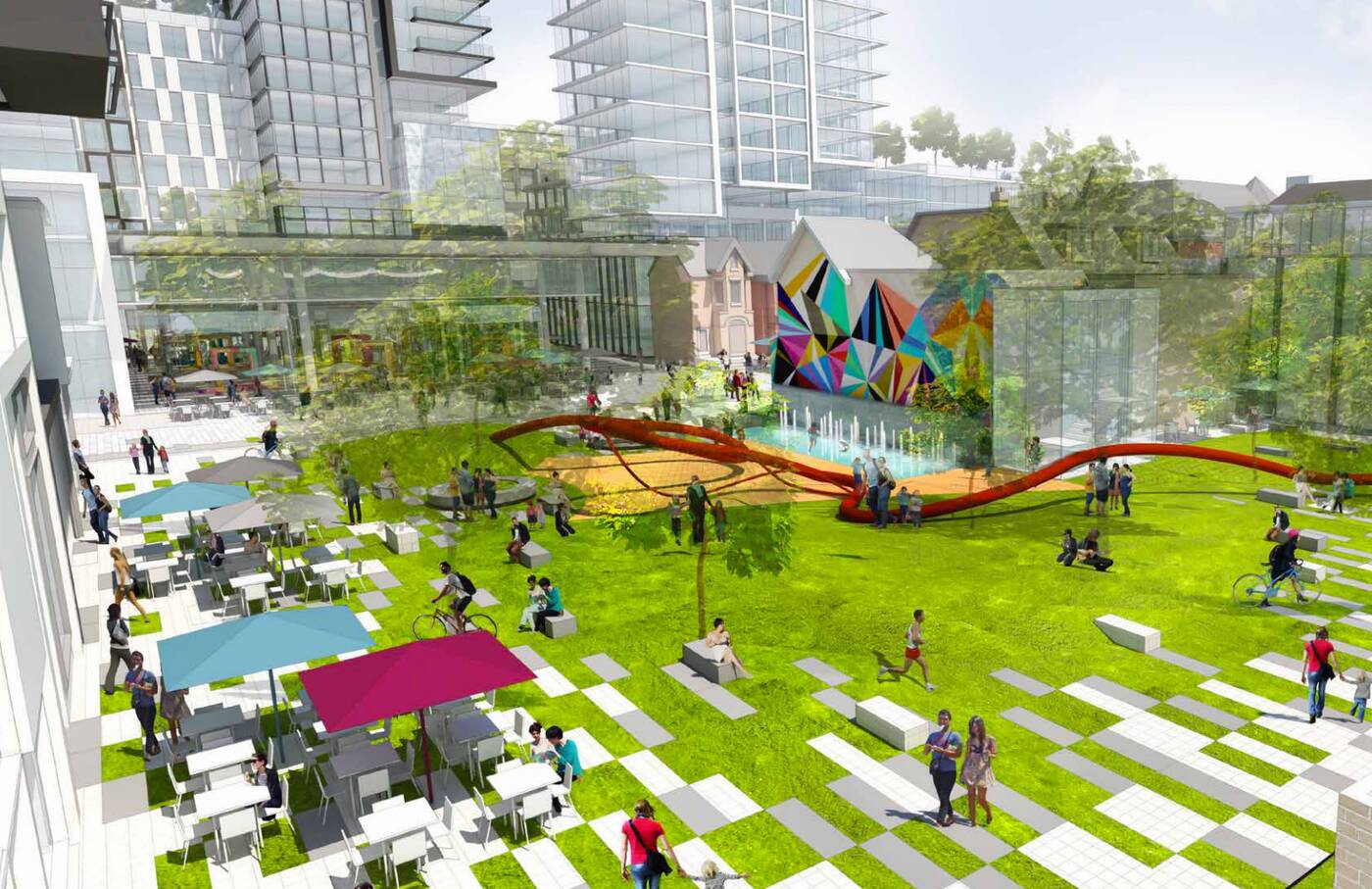 Some of the highlights from the most recent renderings of the project include a sprawling public park that stretches out from Markham Street, a slick new market building that'll span 20,000-plus square feet, and a micro retail corridor roughly where Honest Ed's Alley once was.

The heritage component is also more clear now, with 23 historical buildings now slated for restoration as part of the current plans. Many of these will be home to restaurants along Markham Street. 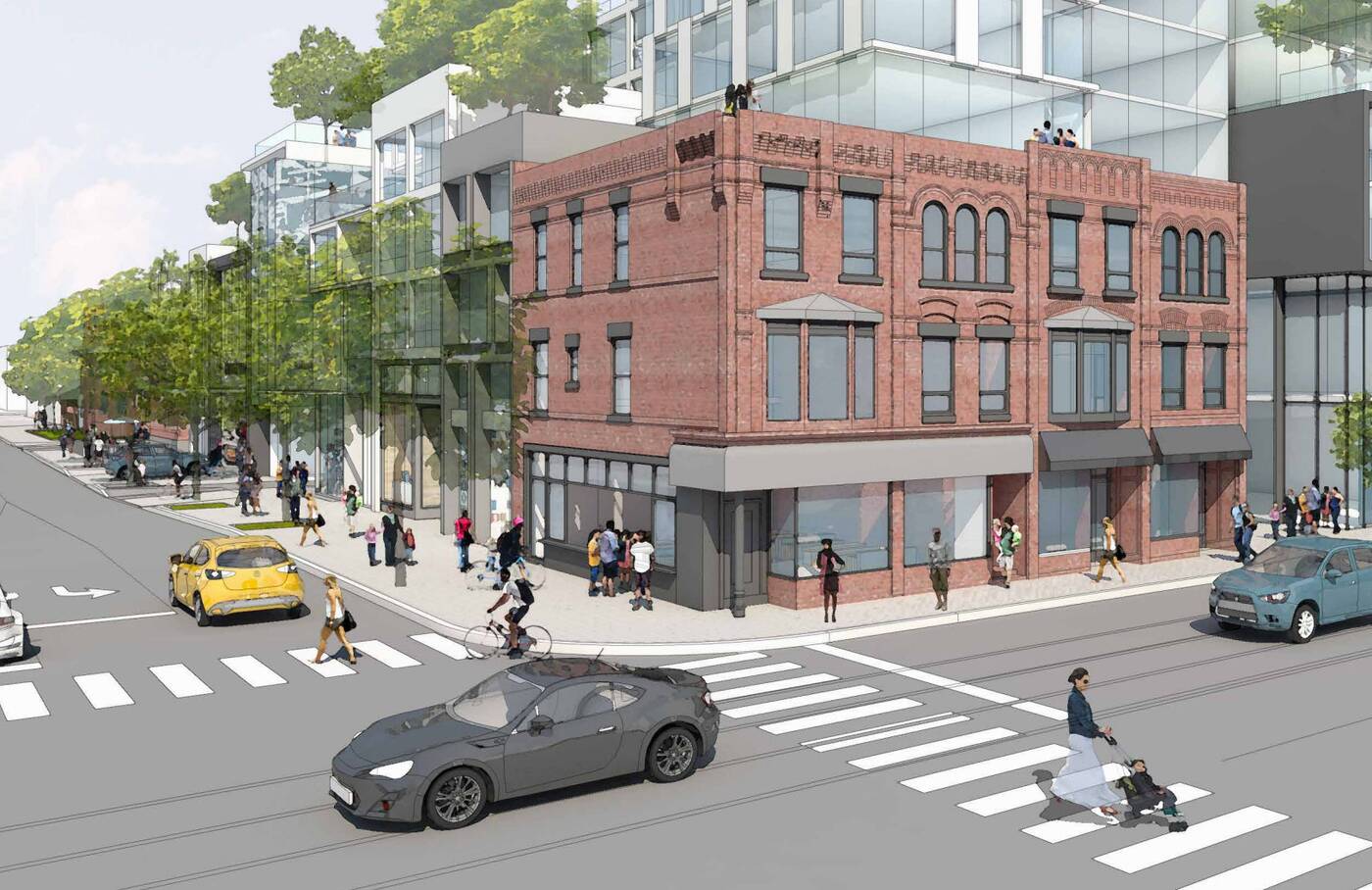 Less obvious if you haven't been closely following the project from the get-go is that building heights and density have been reduced. The latest proposal features 13 fewer storeys than what was initially put forward. 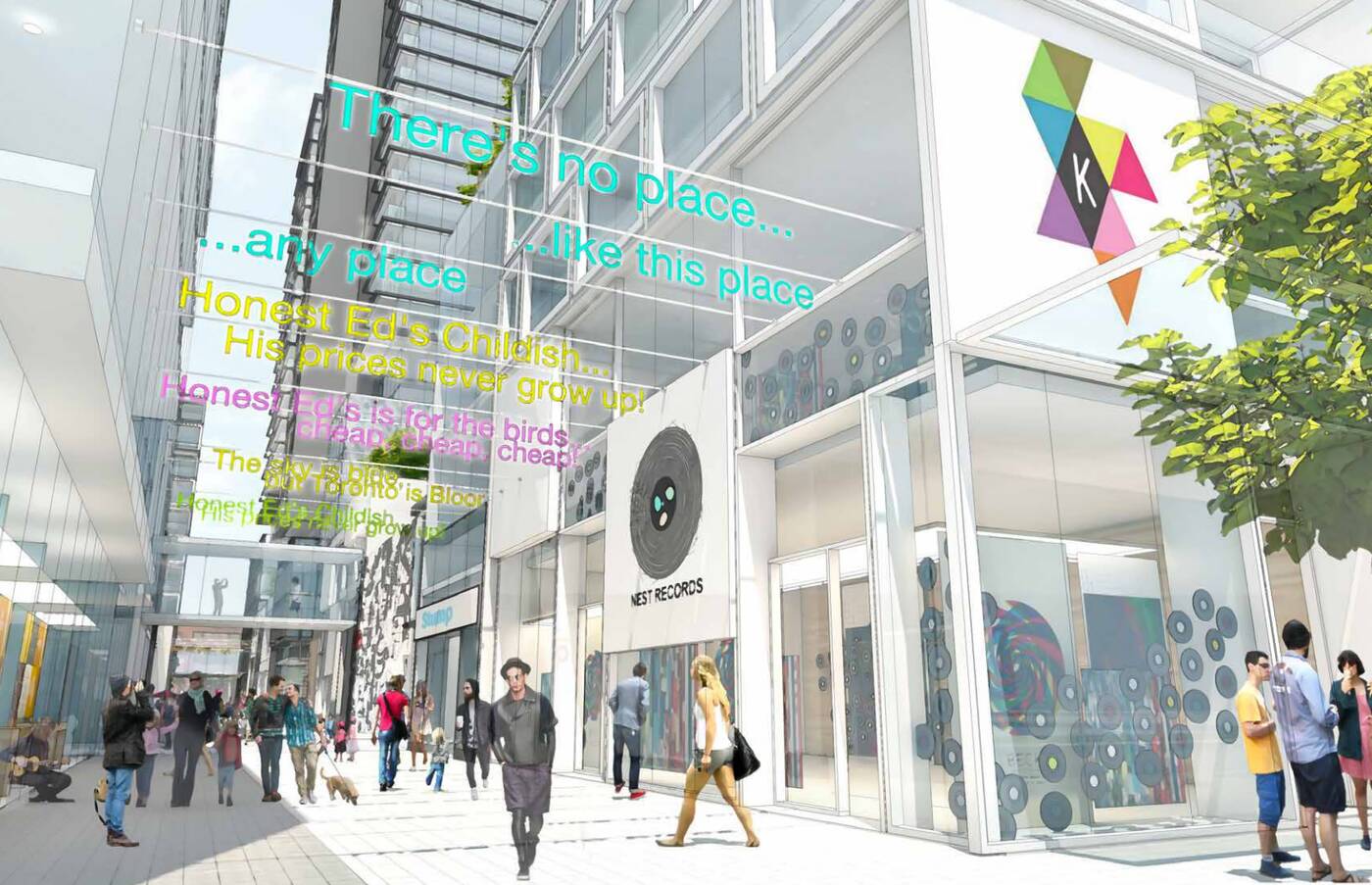 Make no mistake, this development will still radically increase density in the area, but given that these are rental buildings located less than a minute from the subway, that's probably a good thing. The robust retail element is also a key factor. 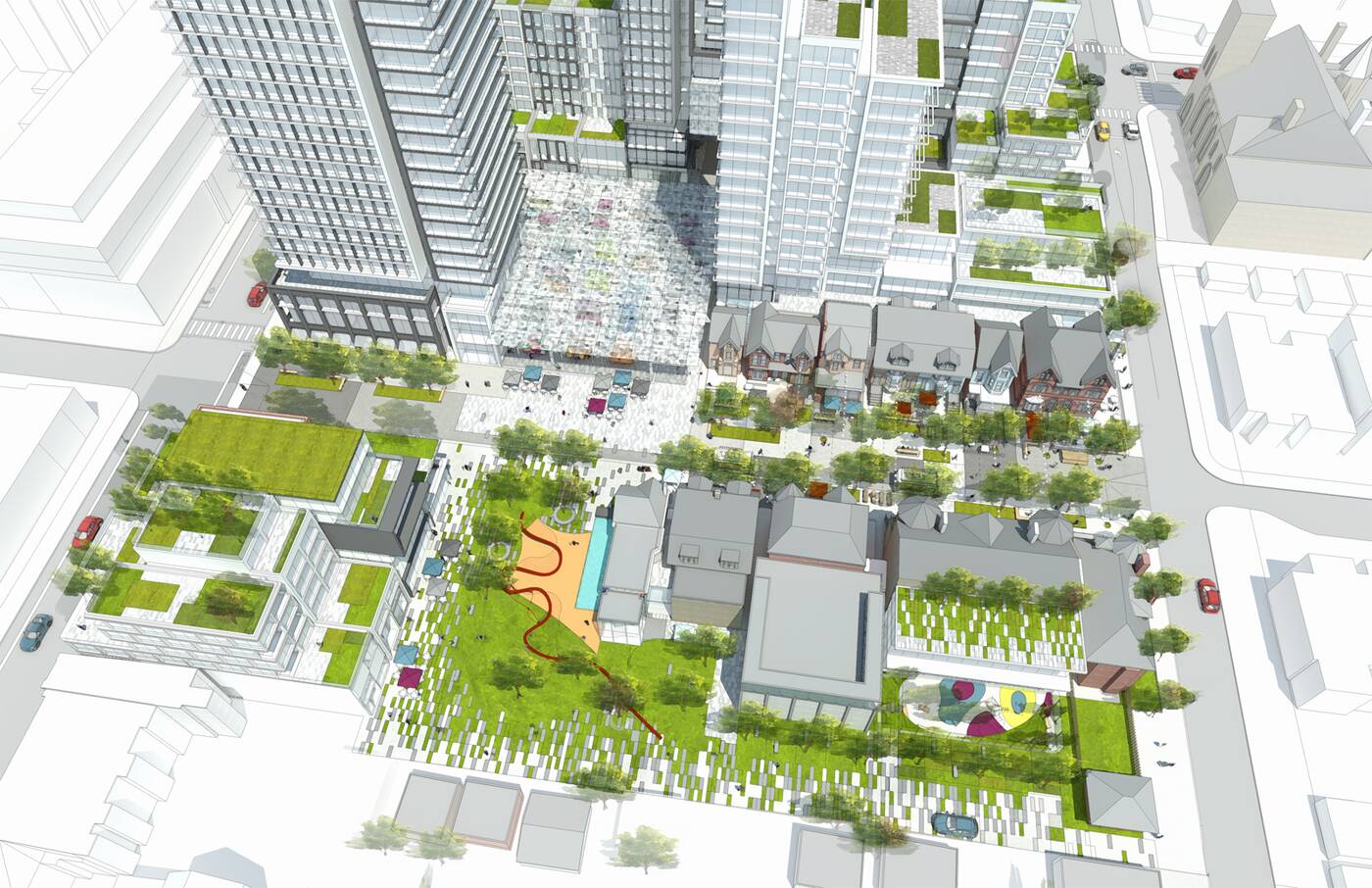 Perhaps most noteworthy is that the new Mirvish Village has been planned as a community rather than a collection of buildings.

The retail and market components are huge in this capacity, but so too is the green space and things like a neighbourhood daycare.

Westbank's proposal is still subject to approval from the city, but having already altered the project in response to community feedback and taken steps to plan for an actual community, it's likely that the version ultimately approved will be very similar to these plans.