One of the few gas stations in Toronto's downtown core is slated to be replaced by a 53-storey condo, and new renderings show what it will look like.

The northeast corner of Church and Dundas Streets, which is currently home to an Esso, a Tim Hortons, and a Circle K variety store, was purchased by Graywood Developments this fall for a whopping 73 million. 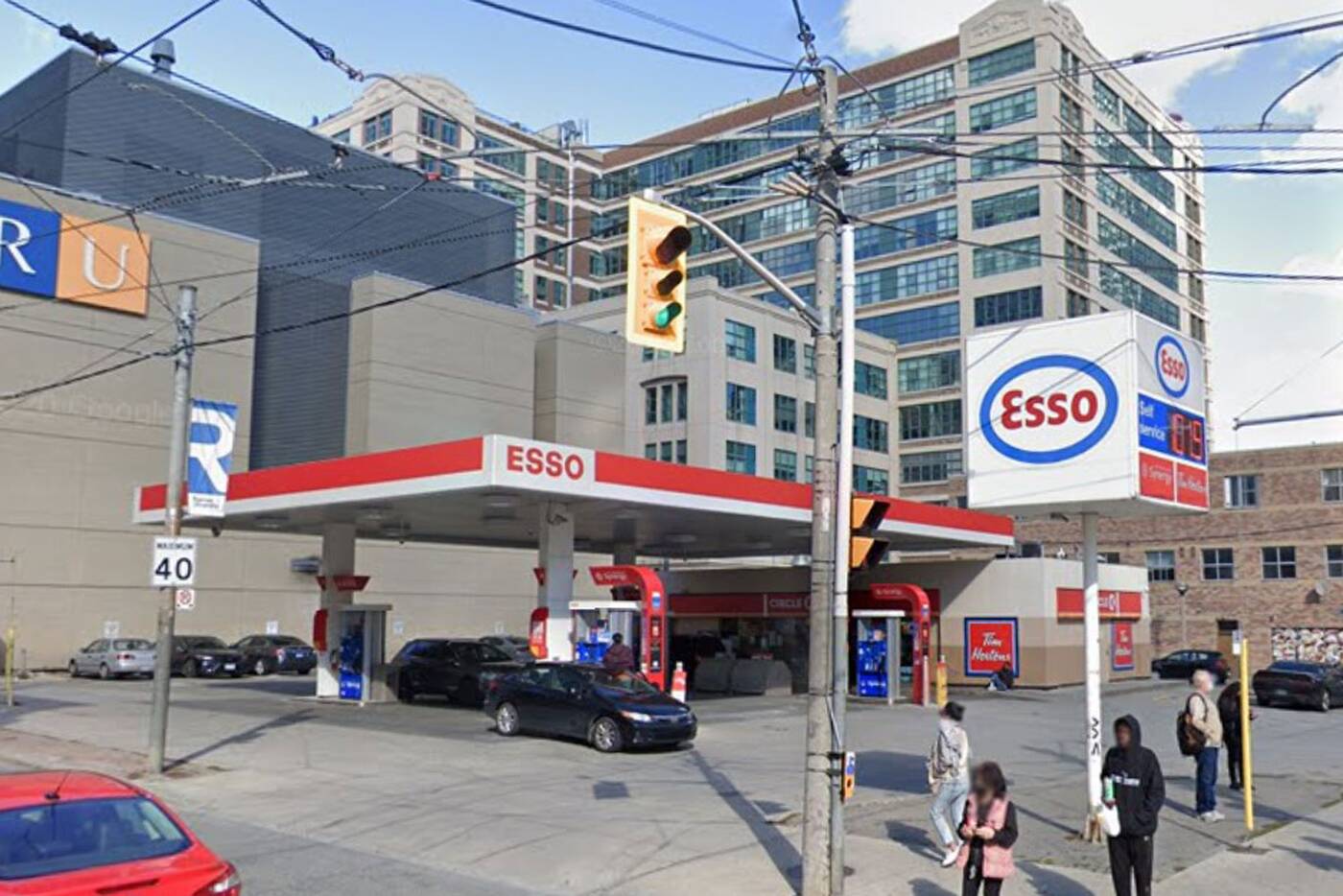 The Esso at 214 Church St. is slated to become a 53-storey condo. Photo via Google Maps Street View.

Sitting just steps away from the Ryerson University campus and 300 metres from the Dundas subway station, the new building would encompass an eight-storey podium with a mix of retail stores on the first floor. 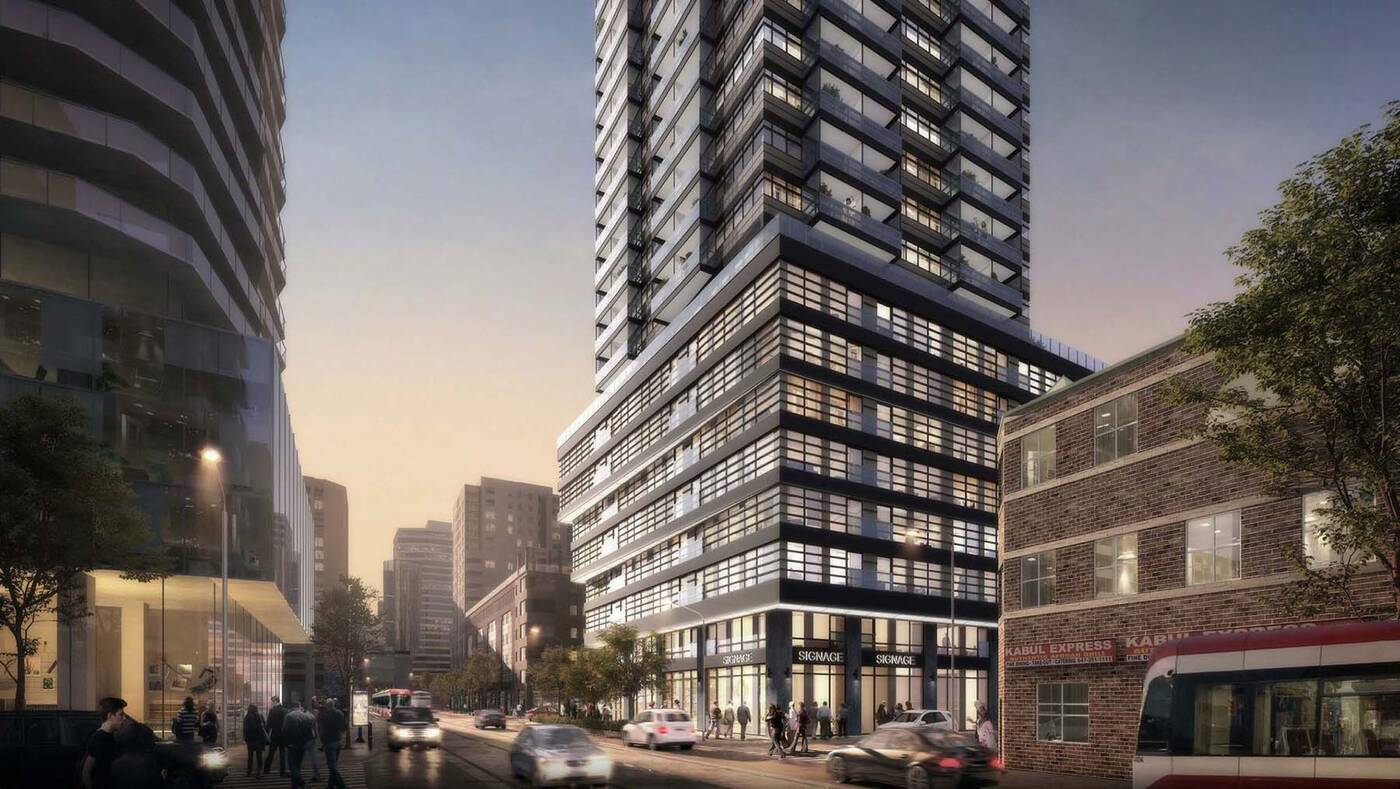 The upper floors would house 521 units, predominantly one- and two-bedrooms.

This new tower at 214 Church St. will sit directly across from another condo, the 52-storey Social condo, which is currently under construction at 215 Church St. 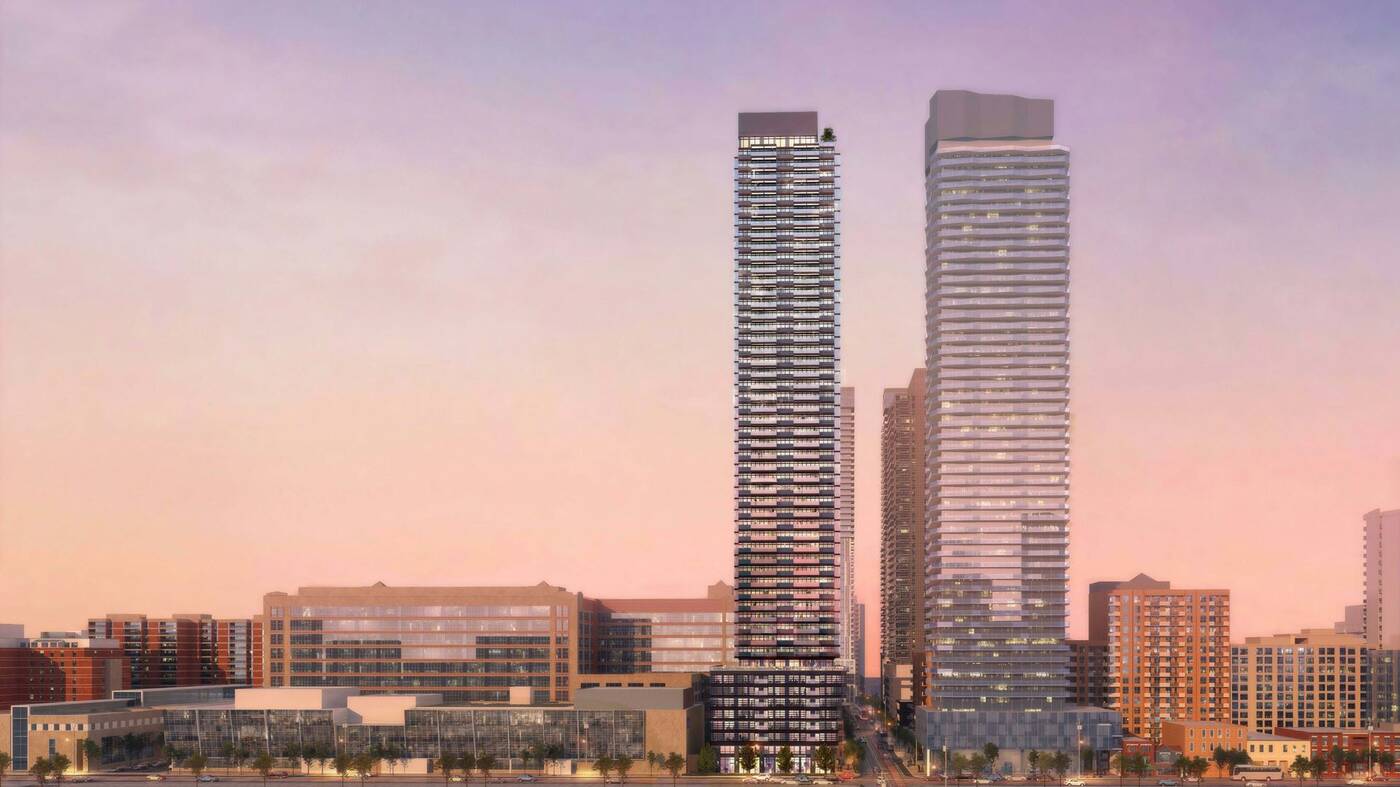 The Esso redevelopment will rise up directly across another 52-storey condo. Photo by Turner Fleischer Architects via City of Toronto application.

No date for demolition has been announced, pending the approval of Graywood's proposal.