At $15 million for a penthouse condo, this Toronto development might have others beat for most expensive in the city.

No one would argue against the fact that Toronto real estate prices are ridiculous right now. There are plenty of multi-million dollar homes to choose from and even $1 million shacks.

While a $13 million penthouse condo was for sale in the city last year, it looks like a $15 million condo is coming soon. 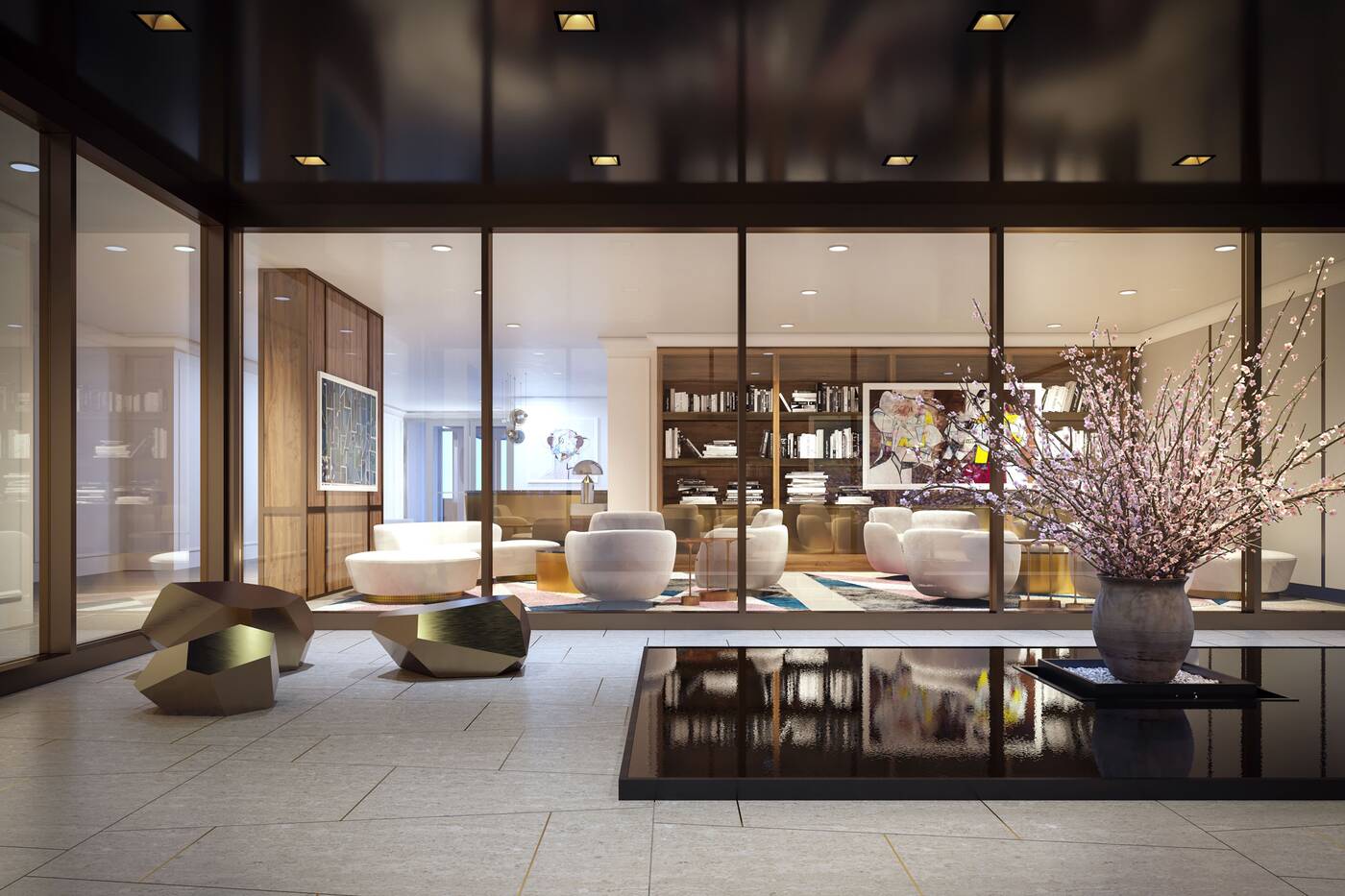 The lobby of 10 Prince Arthur Avenue.

The penthouse at the yet-to-be-built development at 10 Prince Arthur Avenue in Yorkville is priced at $15 million. 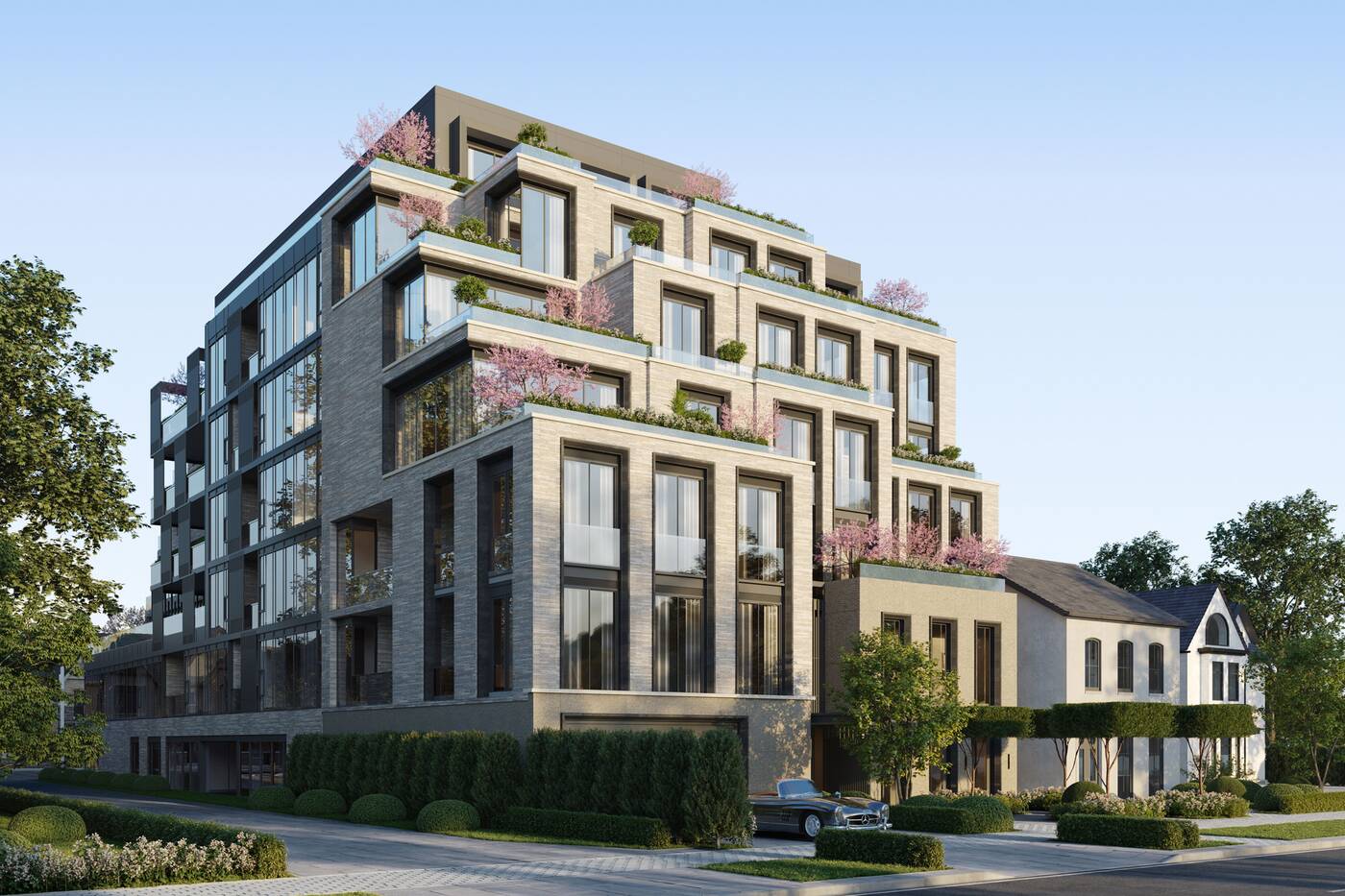 This 28-unit development is slated to start construction this year. 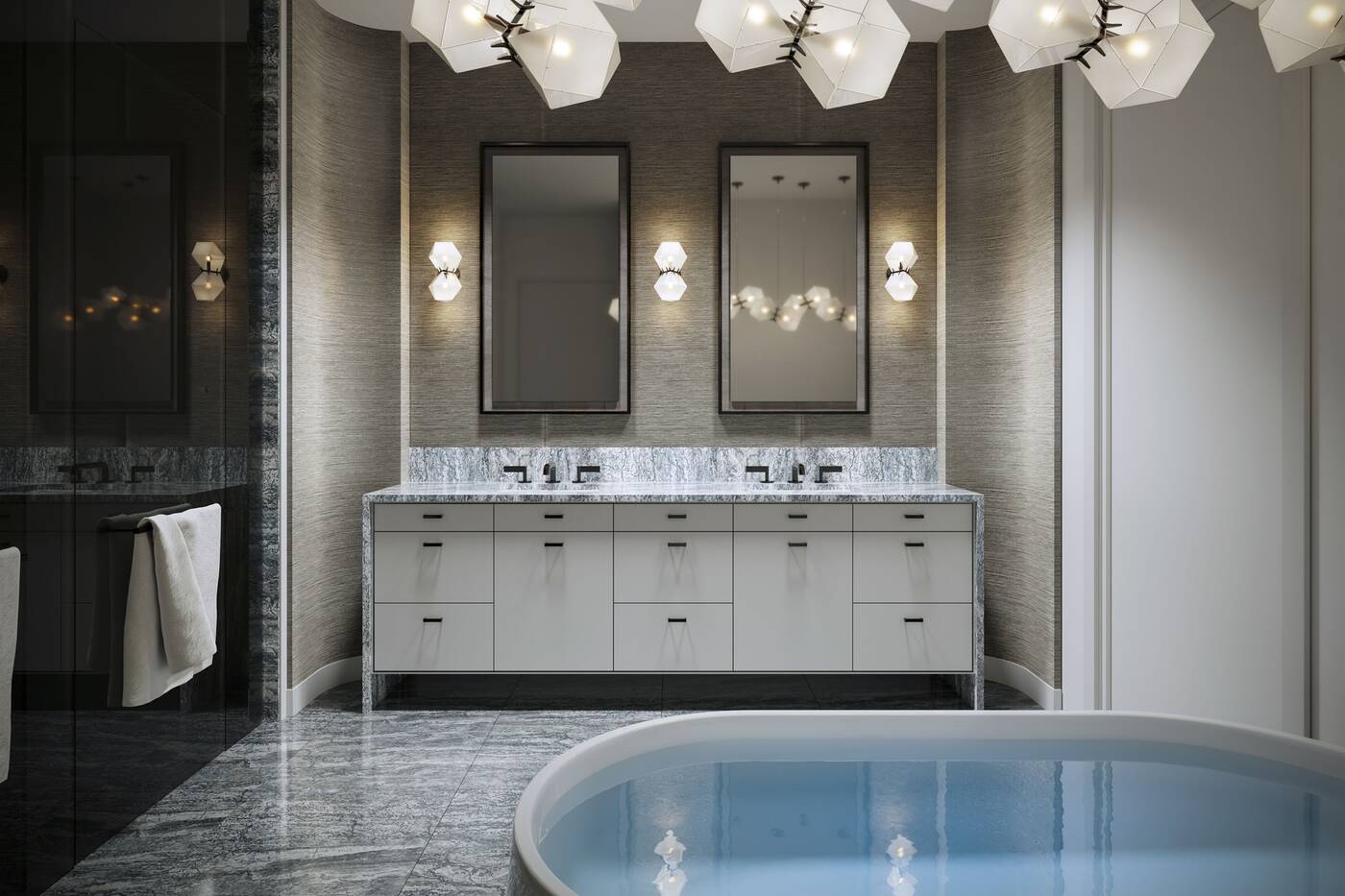 A rendering of a possible bathroom design features a large tub.

The seven-storey building will be composed of 28 terraced residences with the cheapest costing a whopping $3 million. 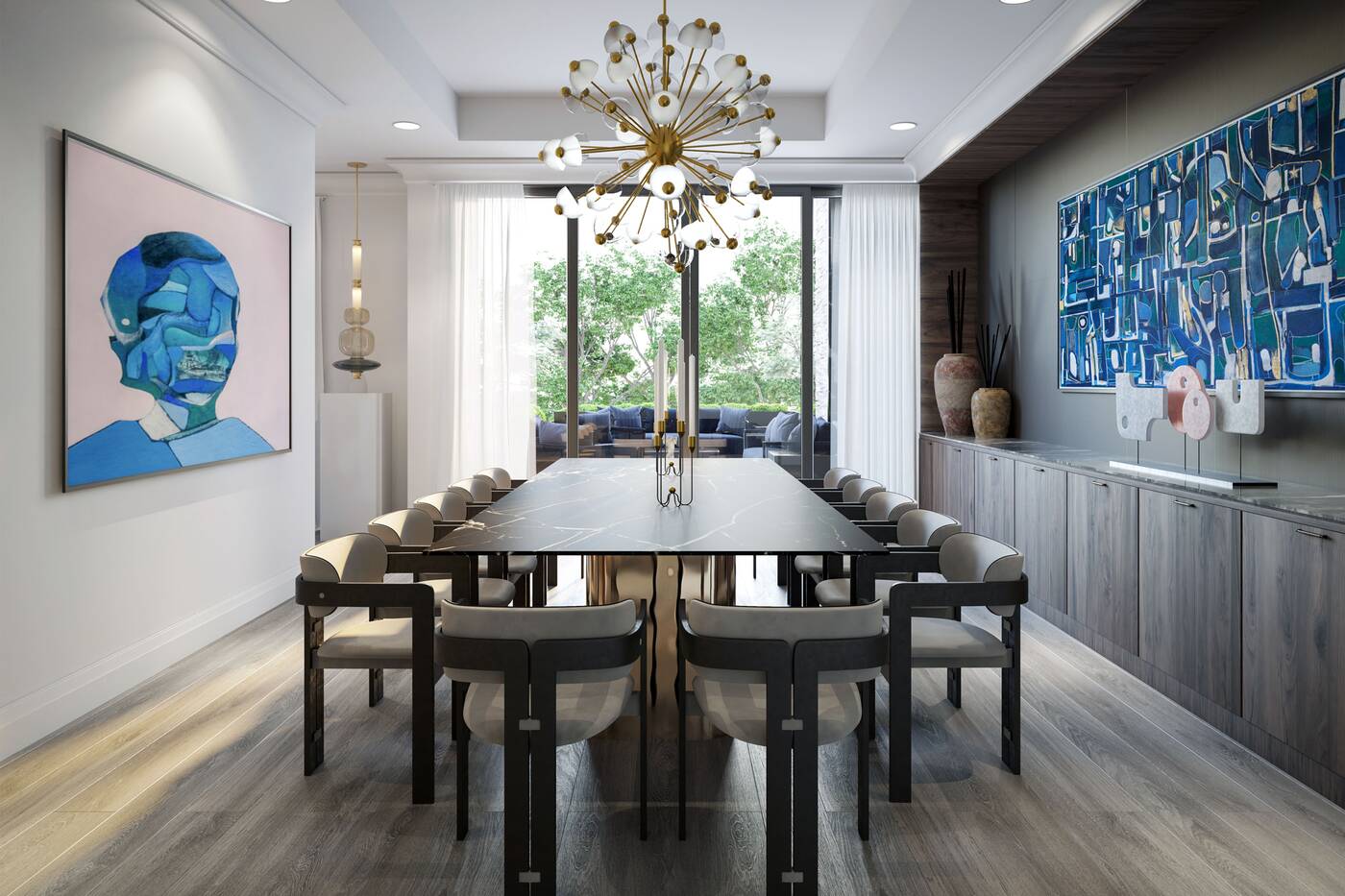 For this multi-million dollar price tag, buyers will get "home-sized" residences averaged around 2,500 square feet. 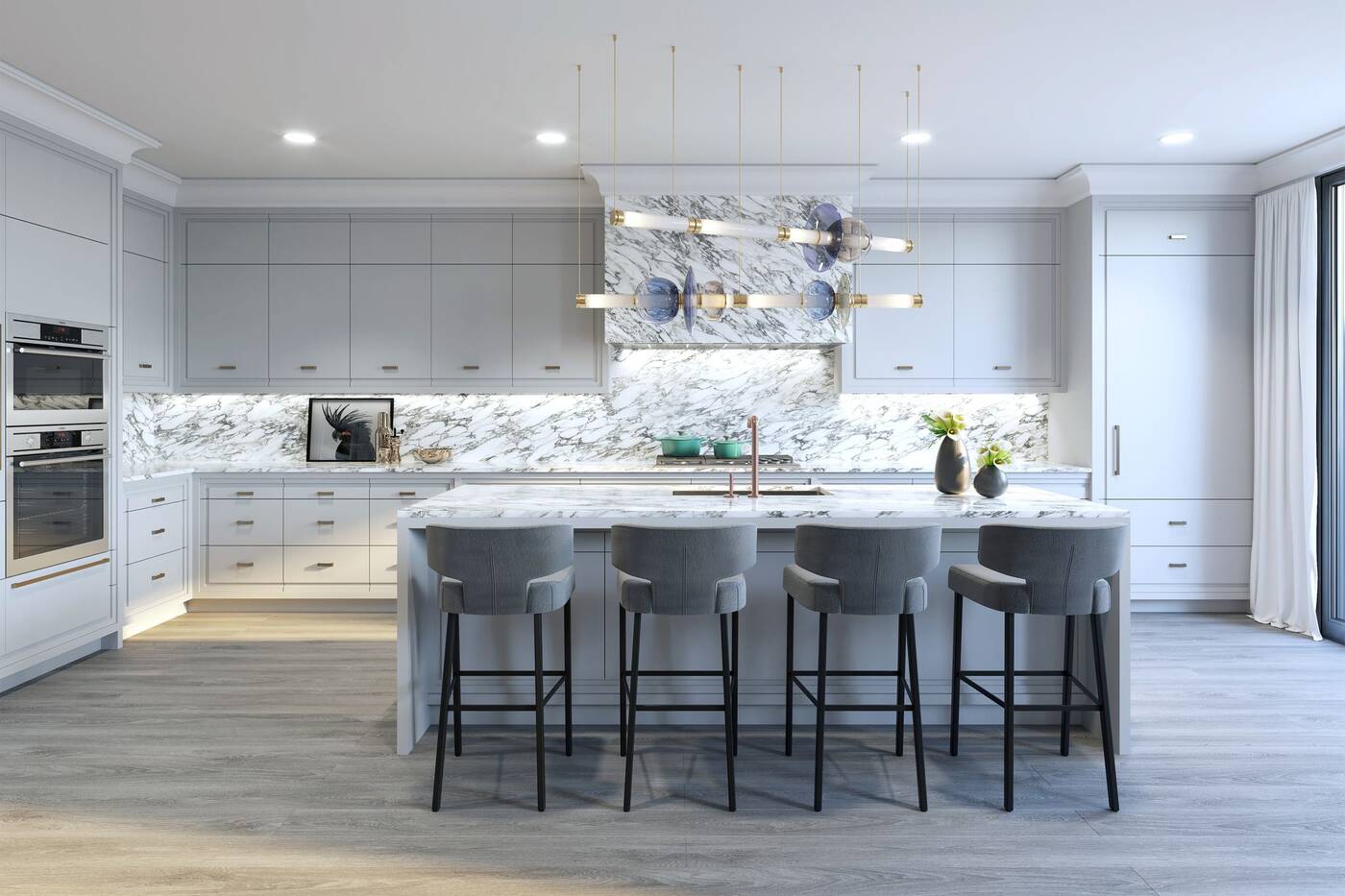 The kitchen includes appliances, which can cost over $10,000 each.

Gluckstein says it is not about downsizing.

"Some purchasers might have the same size apartment as their single-detached house, but instead of six bedrooms, they might have a grander dining room or his-and-hers bathrooms. It's about re-allocating the way you live - rightsizing rather than downsizing," Gluckstein said in a press release. 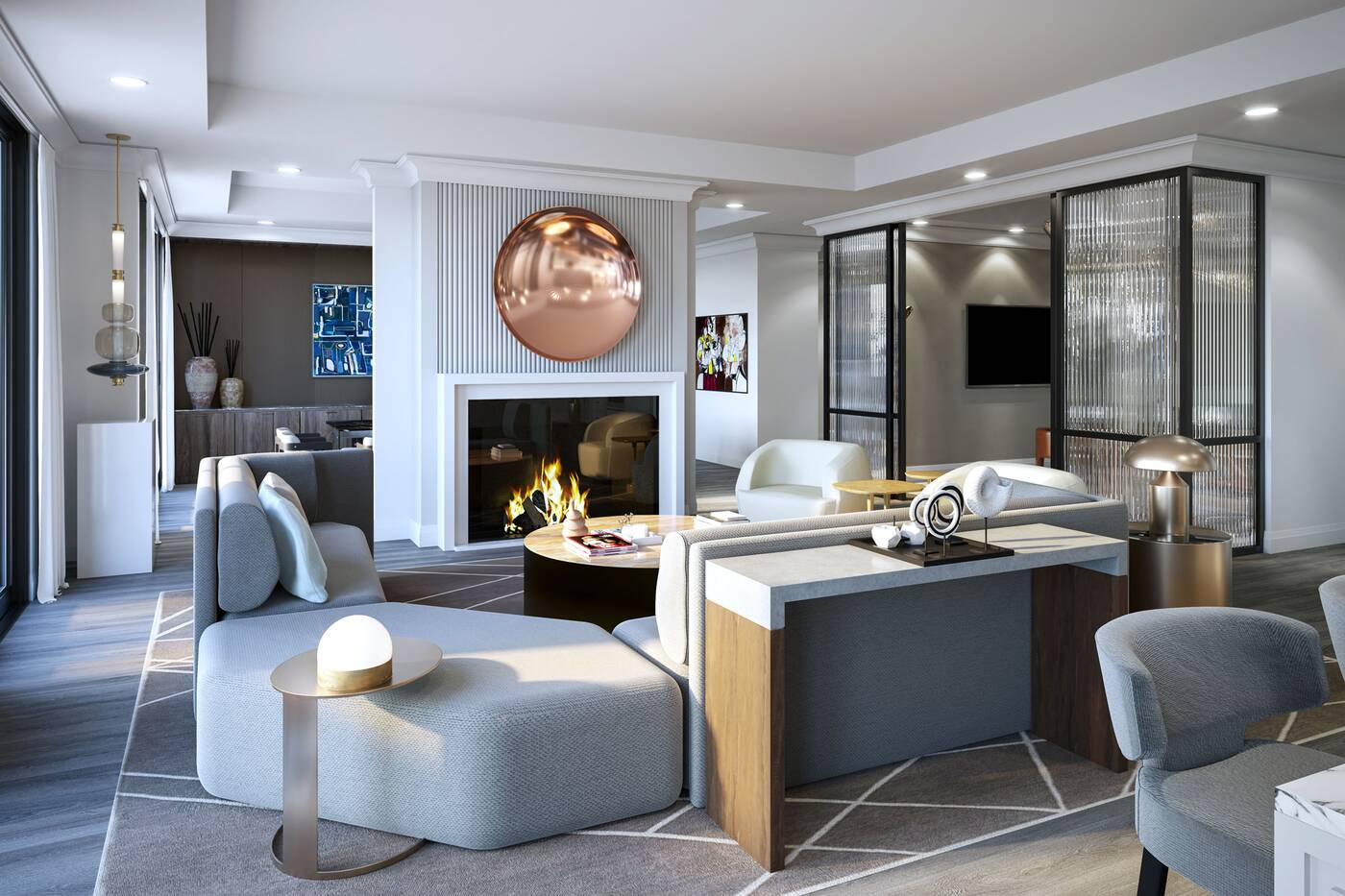 A rendering of a living room design includes a fireplace.

The penthouse will be a sprawling 5,918 square feet with 3,102 square feet of outdoor space — but still, for $15 million, you could surely get a mansion. This huge place was listed for $12 million in the city recently. 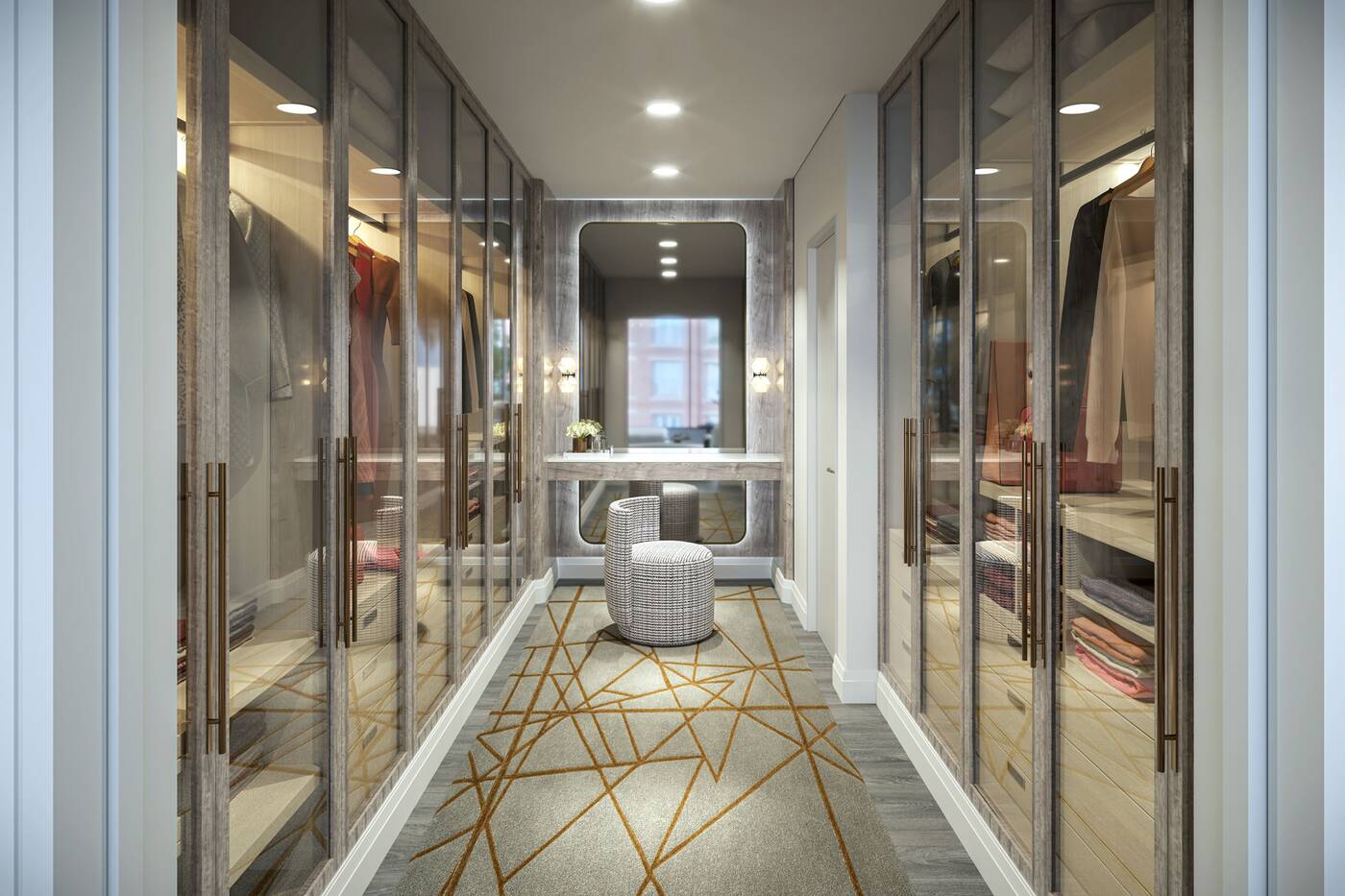 The penthouse will come with dual walk-in closets.

The penthouse at 10 Prince Arthur has some extravagant features, though. There are four terraces, a library, butler's pantry, great room and dual walk-in closets. 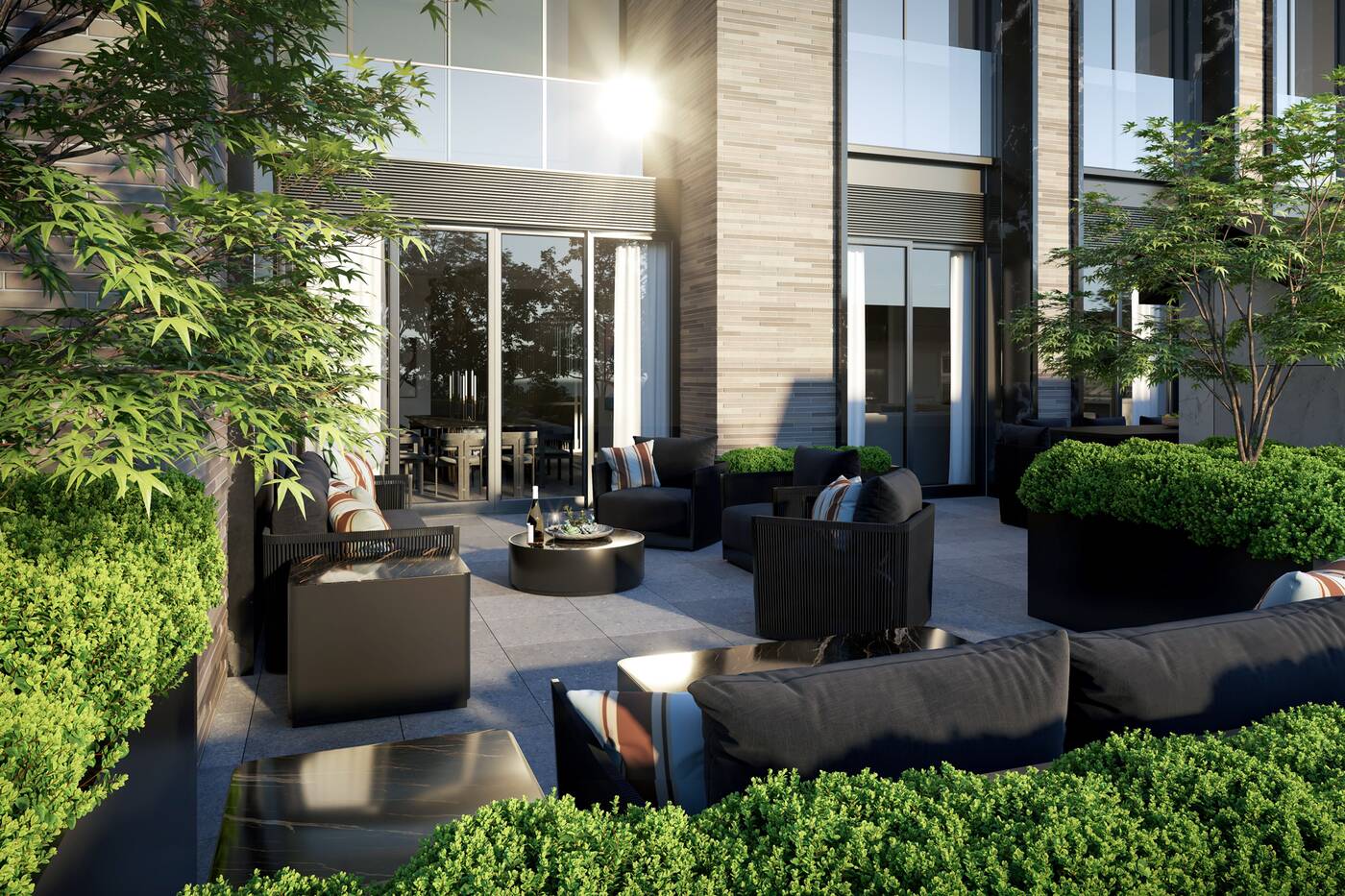 There are four terraces planned for the penthouse.

The design is "ultra-customizable," according to the developer, and along with the floorplan, picking out all aspects of home finishings will be up to the buyer with the help of the interior designers. 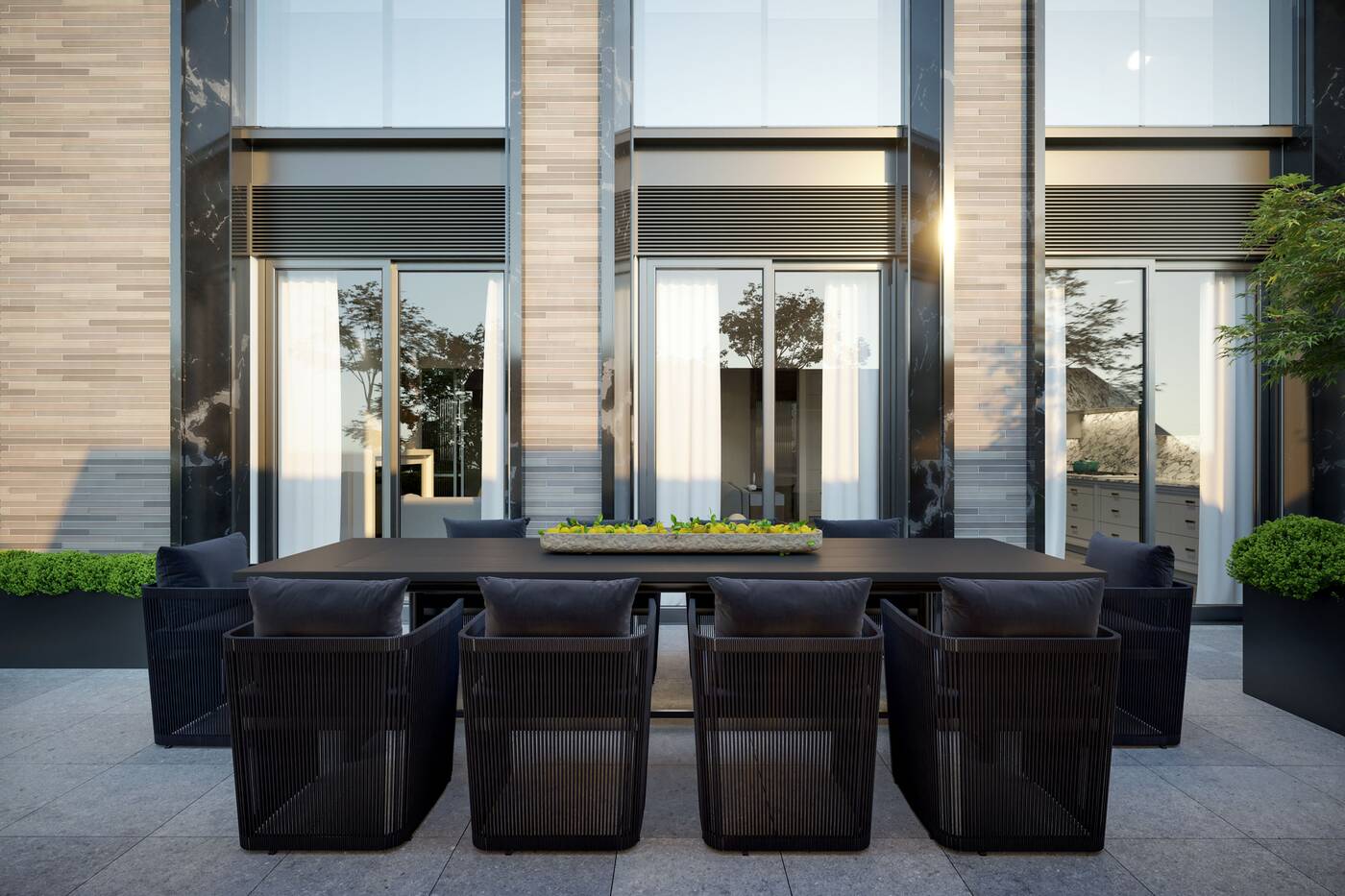 The penthouse has plenty of outdoor space.

The kitchens come with Wolf/Sub-Zero appliances, which can cost over $10,000 per appliance.

According to the developers, the condo also offers additional safety compared to a home — but if you're that rich, you could probably hire a security guard. 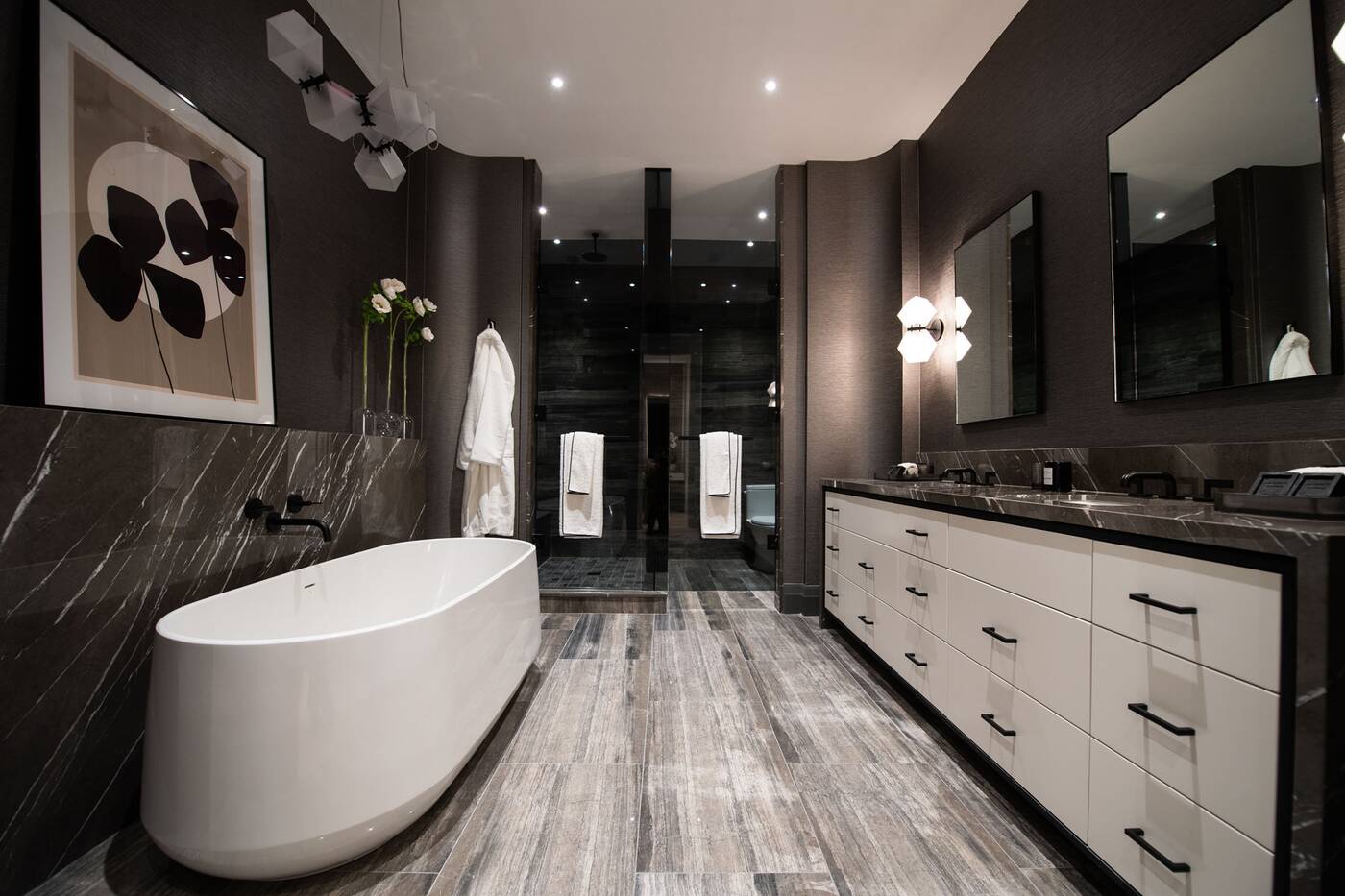 Another design for a bathroom includes a shower and tub.

The place comes with valet and concierge services, a lobby lounge and separate reception parlour, fitness centre, and covered terrace with seating and sculptured landscaping. 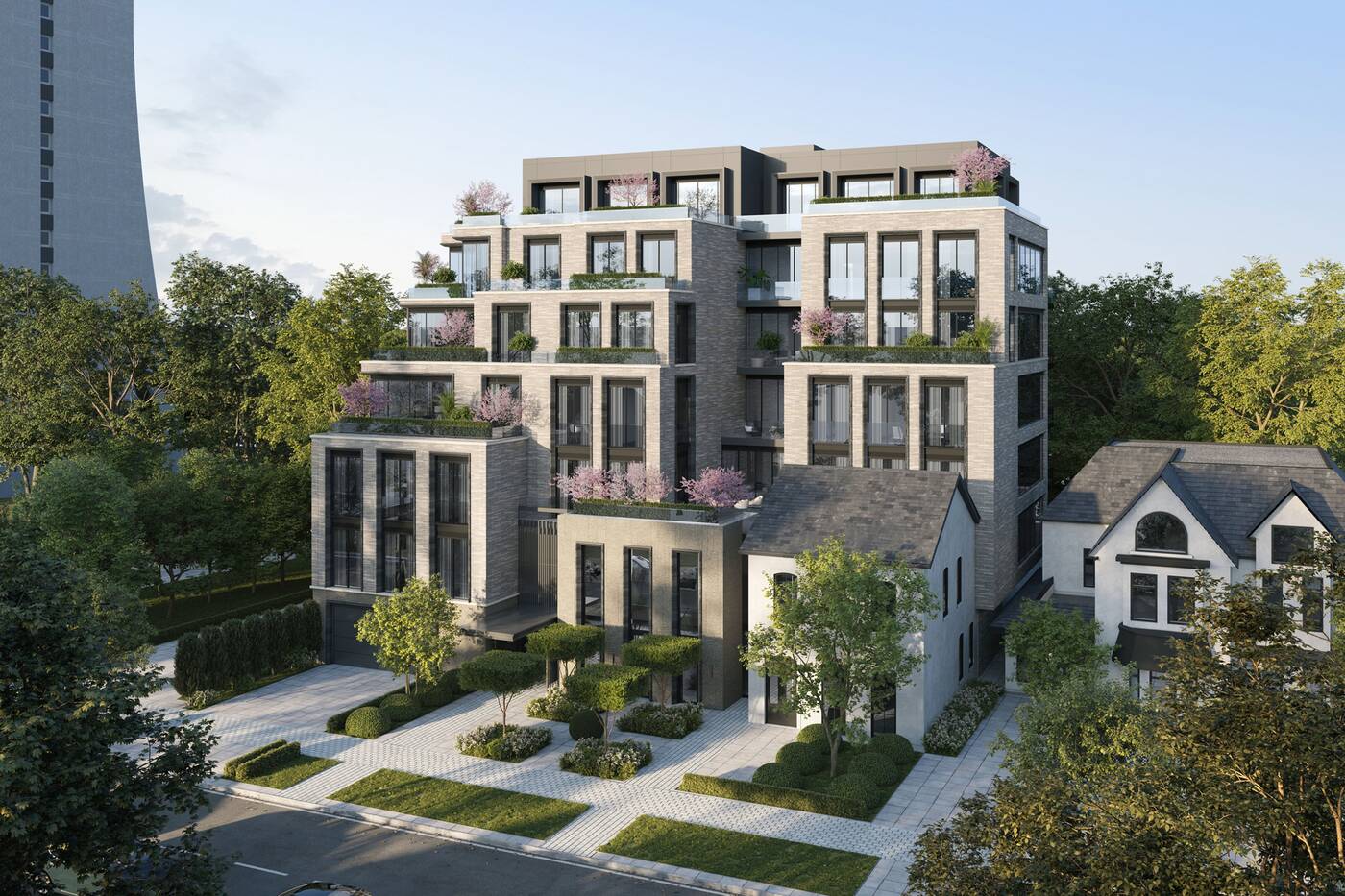 Outside, there is a plan for beautiful landscaping.

If you do win the lottery, construction starts mid 2021 and the development is slated to be complete in spring 2024.