Toronto is getting a 29-storey condo with vertical sky gardens

A new project for Midtown Toronto features a "sky garden" in the latest condo tower for the area.

The 29-storey building planned for 49 Jackes Ave. in Summerhill will include 217 units, according to an application submitted to the City of Toronto.

It will be located on the south side of Jackes Avenue, just east of Yonge Street. The building proposal from Lifetime Developments, designed by Hariri Pontarini Architects, stretches 93 metres tall, excluding the top floor mechanical penthouse. 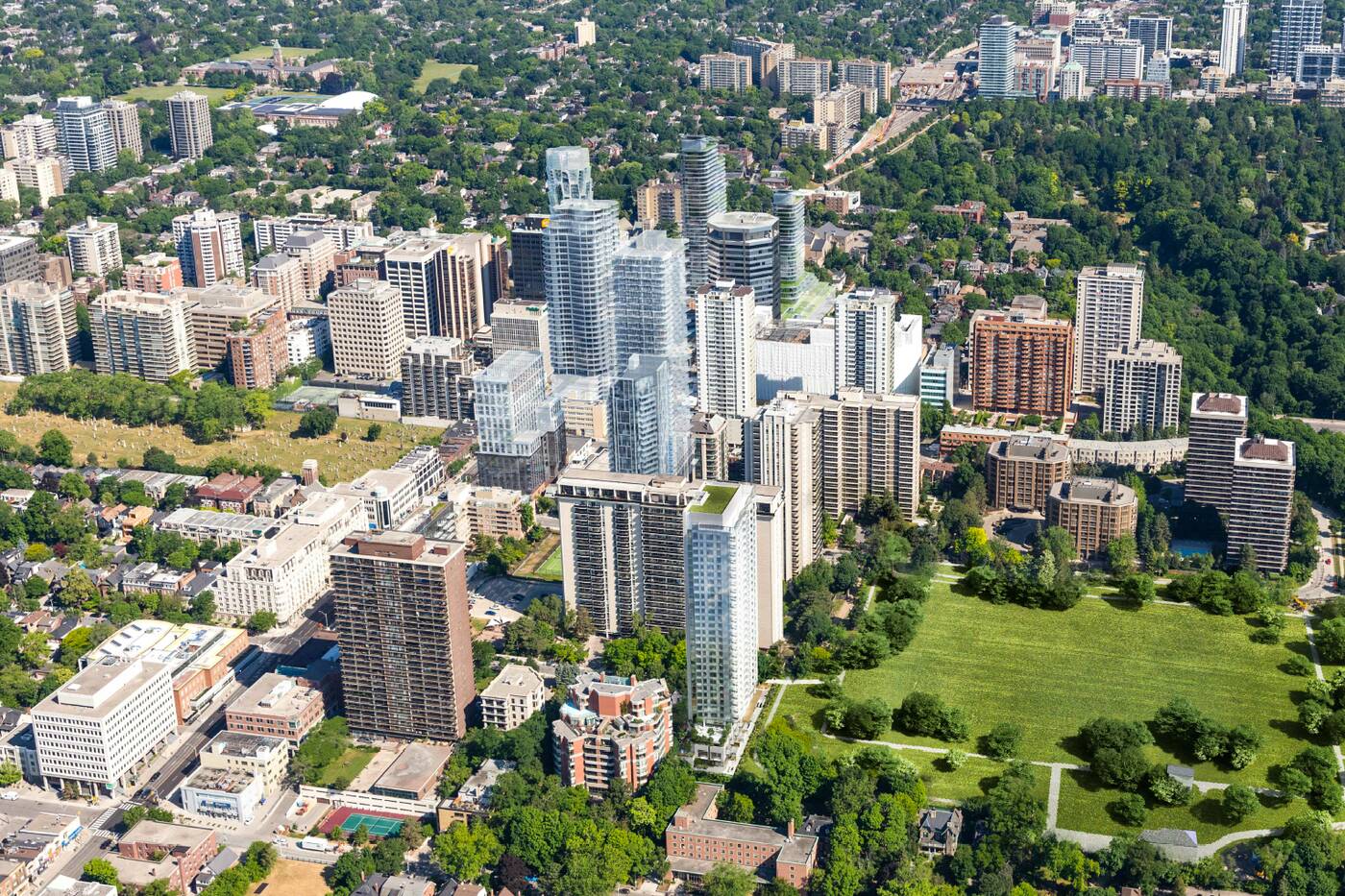 The condo proposed for 49 Jackes Ave. will overlook David A. Balfour Park which sits atop the Rosehill Reservoir in Summerhill.

The two-storey podium will consist of townhouses with the 27-storey tower rising from the base with a slender facade. 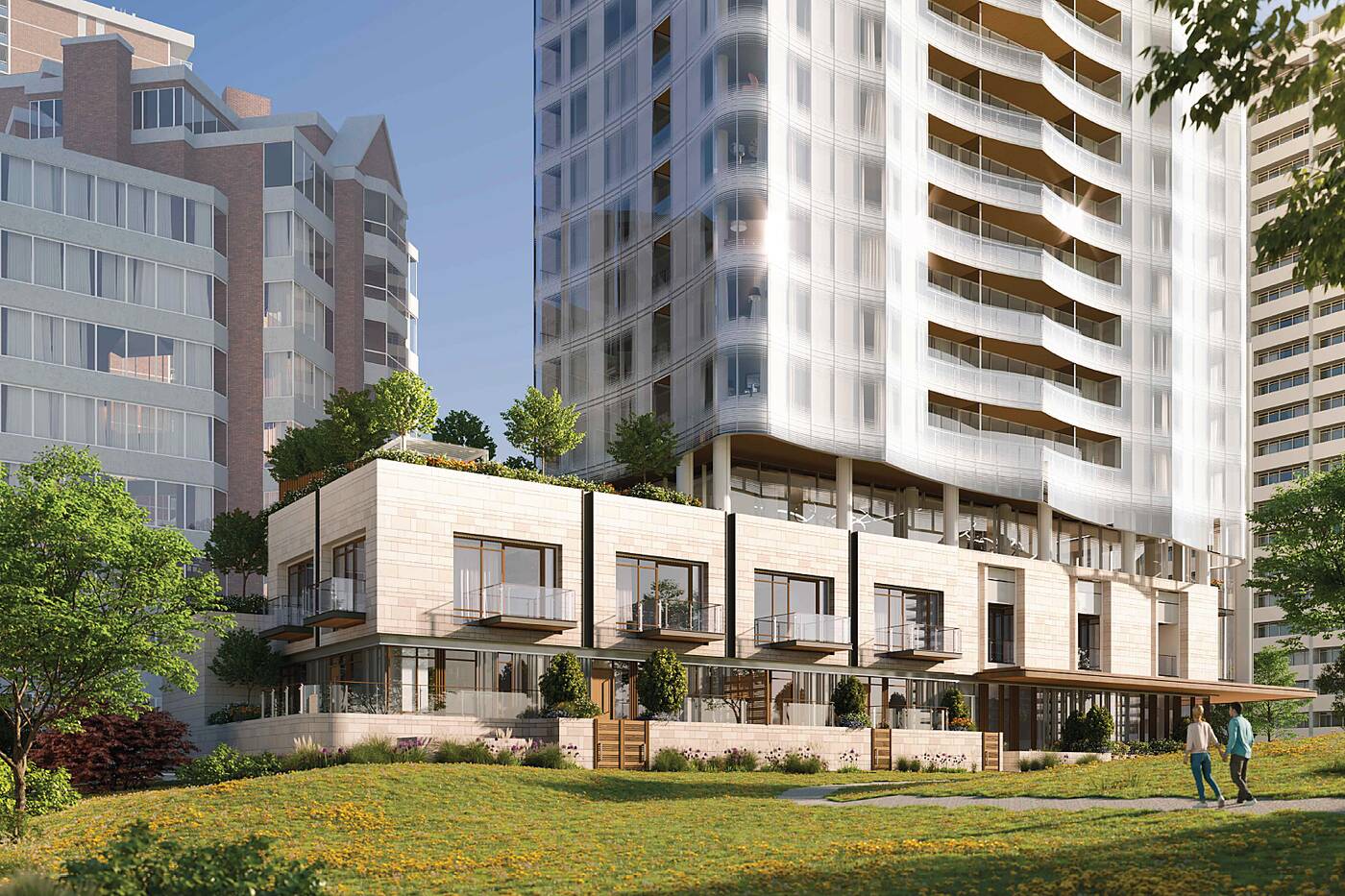 Townhouses are proposed for the base of the building.

The sky garden starts at the second storey and continues to the top of the building. The nine-metre wide garden is located along the building's west facade adjacent to the elevator lobby (mid-way along the tower face). 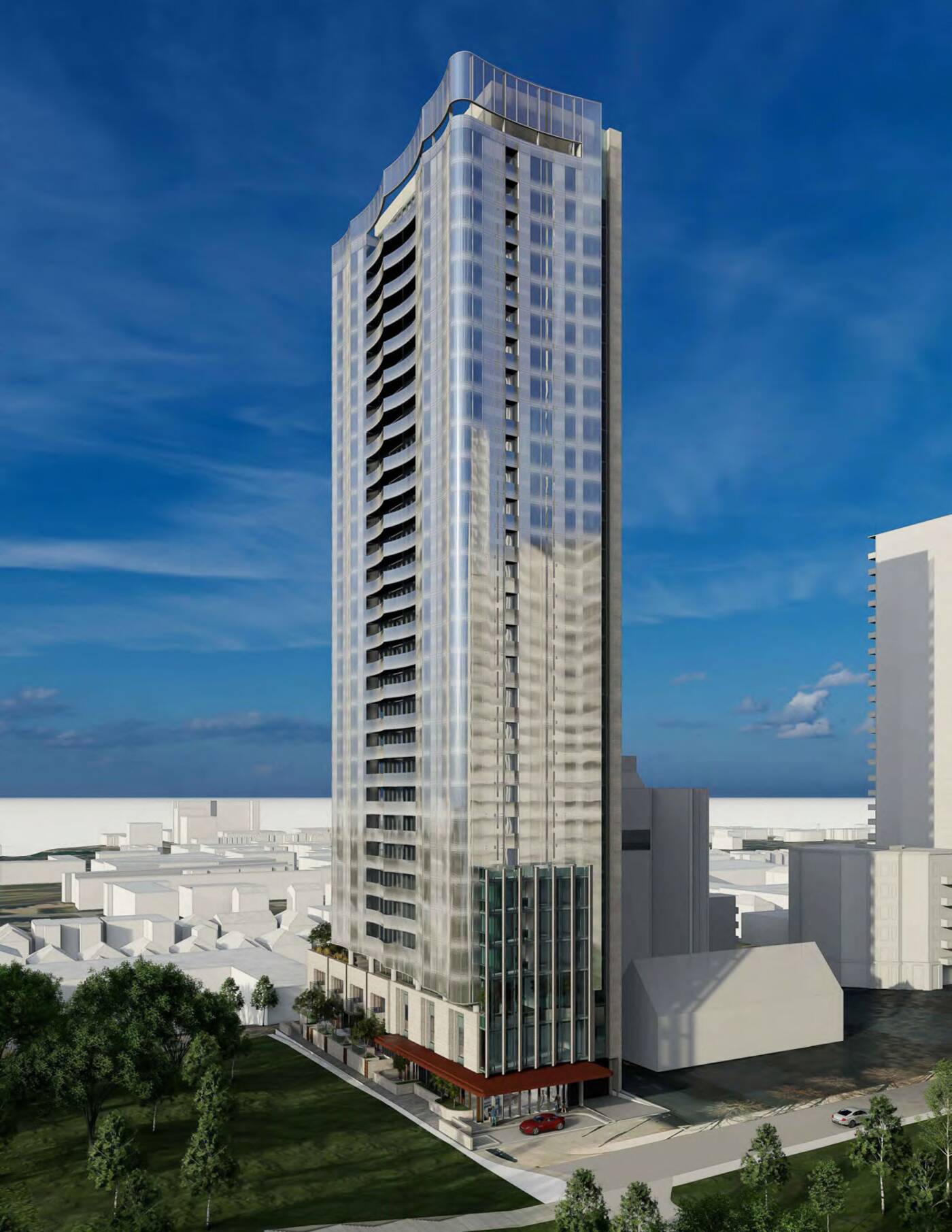 At 29 storeys, the building will definitely stand out in the area.

The garden will be a 4.06-metre deep notch in the building, which provides balcony areas for the west-facing units. Every third floor will have a terrace expanding the entire nine metres with the two floors in between improved with smaller balconies in the northeast and southeast corners, respectively, the planning documents state.

The garden is meant "to draw a visual connection from the building to the green space at David A. Balfour Park when walking east on Jackes Avenue." 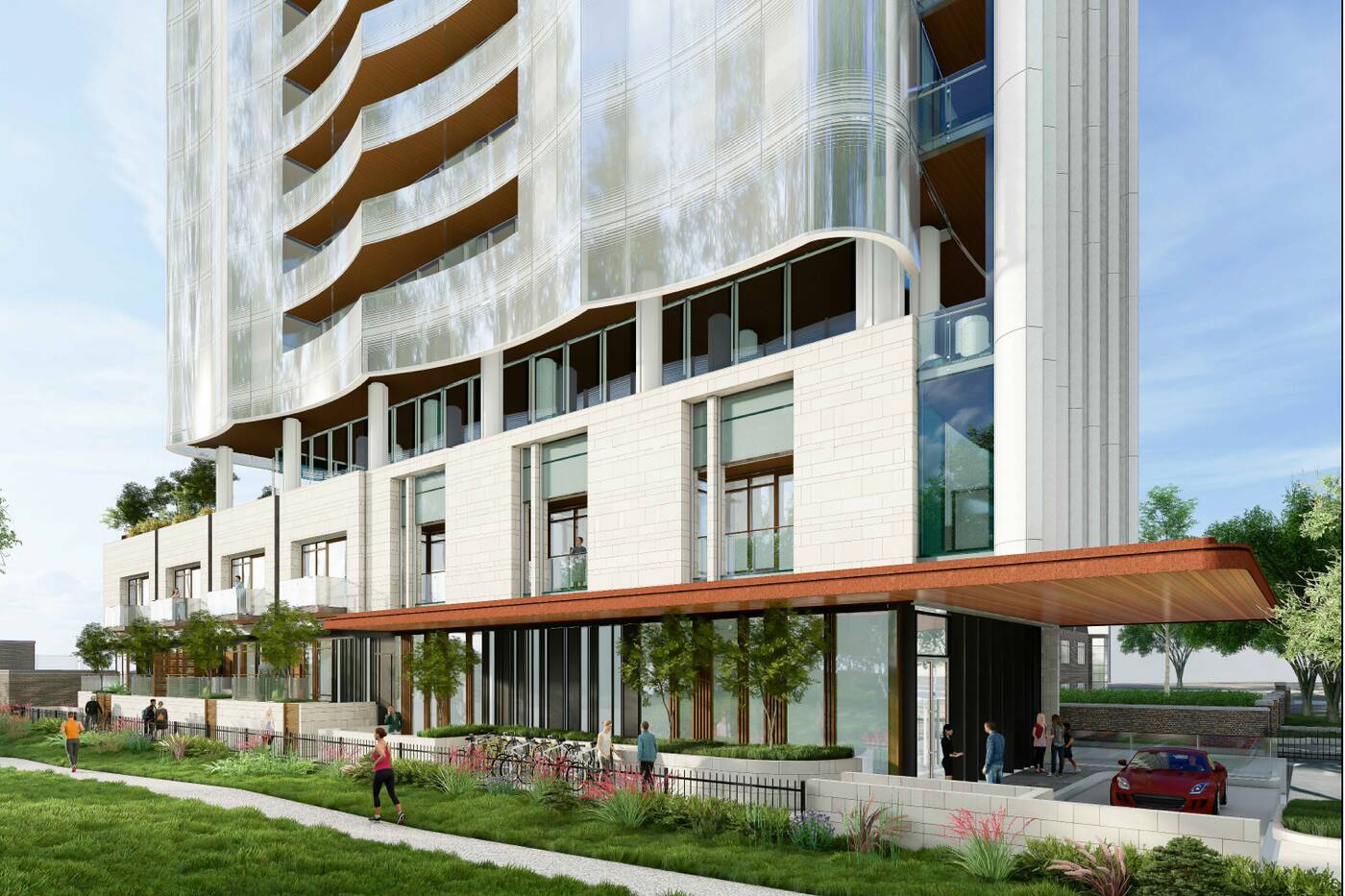 There will be an undulating design to the facade of the building.

The 217 residential units include a mix of 104 one-bedroom units, 90 two-bedroom units and 23 three-bedroom units. The four townhouse units are each proposed to contain three bedrooms. 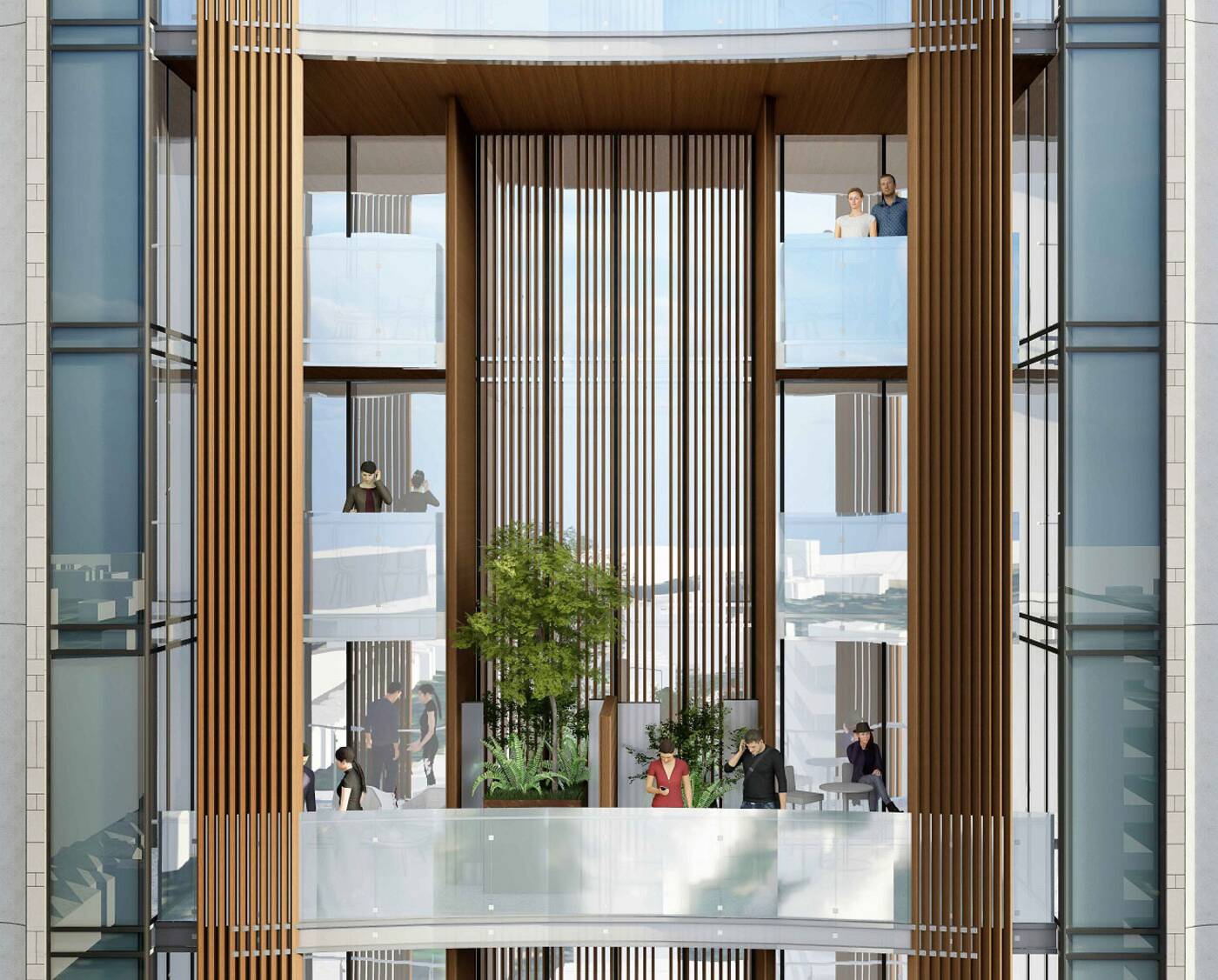 The sky garden will run the length of the building to draw a visual connection to David A. Balfour Park.

The current building on the site is a two-and-a-half storey residential building dating to 1909, with a three-storey office addition dating to 1959 at the rear.

A heritage evaluation determined the building does not have significant design, historic or cultural heritage value. The developers are proposing the building be demolished.