Just imagine: The Hooker Harvey's lofts, a 52-storey residential tower in the heart of Toronto's Garden District with retained heritage elements including an iconic hamburger restaurant at the base.

The fast food joint and one-time notorious sex worker hangout at Jarvis and Gerrard has been spared in redevelopment proposals for the block so far, but given how things are going in this city it likely won't live forever.

Like Honest Ed's, The Silver Dollar, the McDonald's at King and Dufferin and so many of the other historic haunts that make Toronto, well, Toronto, the legendary Hooker Harveys could one day be targeted as the site of a condo development.

People got mad the last time a new building was even proposed near the Harvey's at 278 Jarvis St., but rest assured, the following image is merely a humorous mock-up: 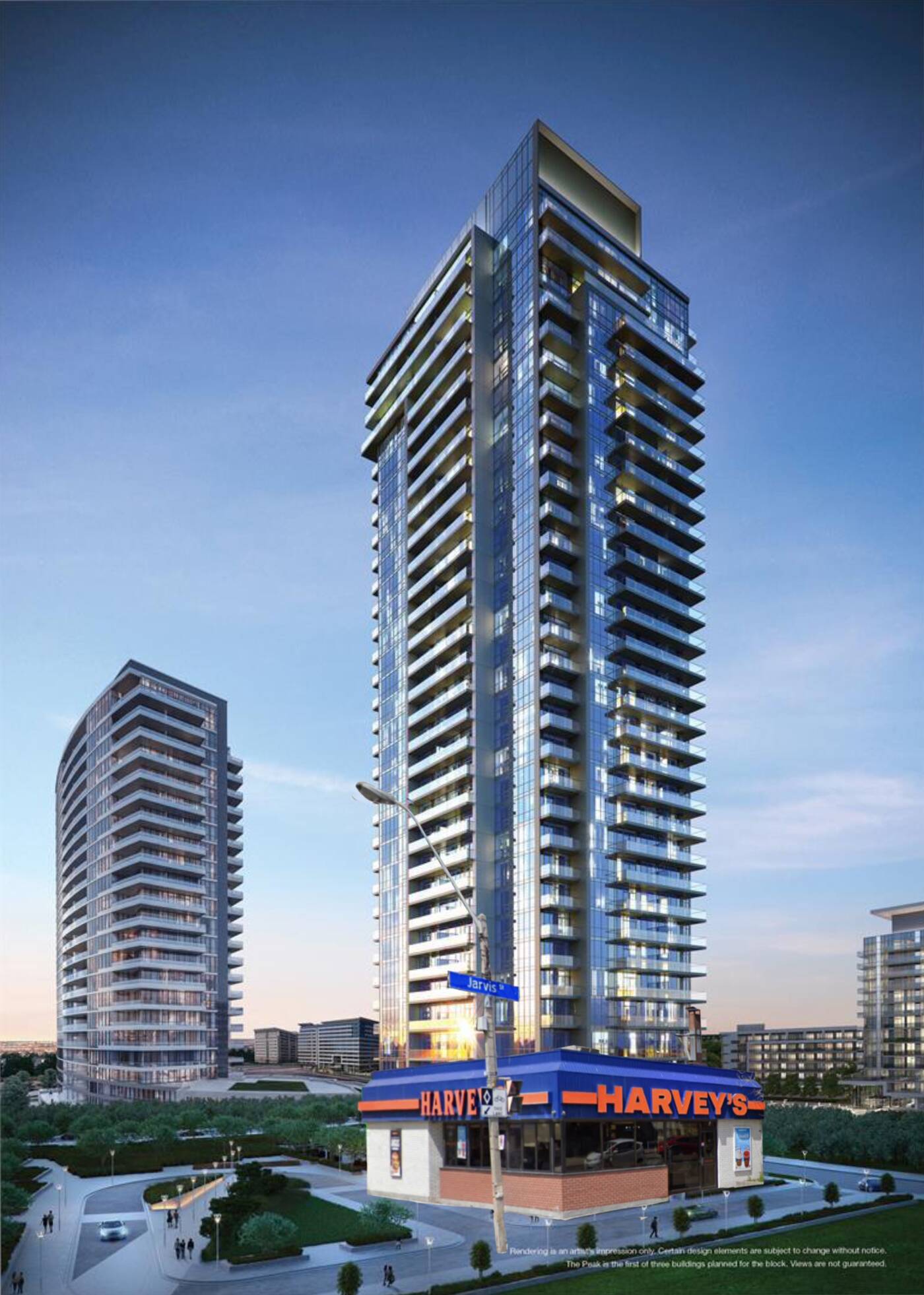 A Toronto artist produced this mock-up of a rendering for a condo buiding atop Hooker Harvey's. No development is actually slated for the site at this time. Image via YourFriendDan.

Created by Toronto Reddit user YourFriendDan, this rendering is just one in series of mock-ups called "The proposed development will incorporate the heritage structure and its functions."

It was produced shortly after plans for a new development at Bathurst and College surfaced, prompting Toronto to collectively (and prematurely) mourn Sneaky Dee's.

The firm redeveloping the site of Sneak's has promised to incorporate "one live music venue on the ground floor along College Street" into its plans, "potentially maintaining a cultural space on the subject site."

This is similar to what's being done down the street, at College and Spadina, where the old Silver Dollar Room is set to reopen under the brand new Waverly residential complex sometime early in 2021.

Retaining heritage elements at the base of new buildings is far from a new practice, but the inclusion of decidedly grungier spaces like Sneak's and The Silver Dollar in recent plans inspired YourFriendDan to reimagine what some other local landmarks might look like if incorporated into residential towers. 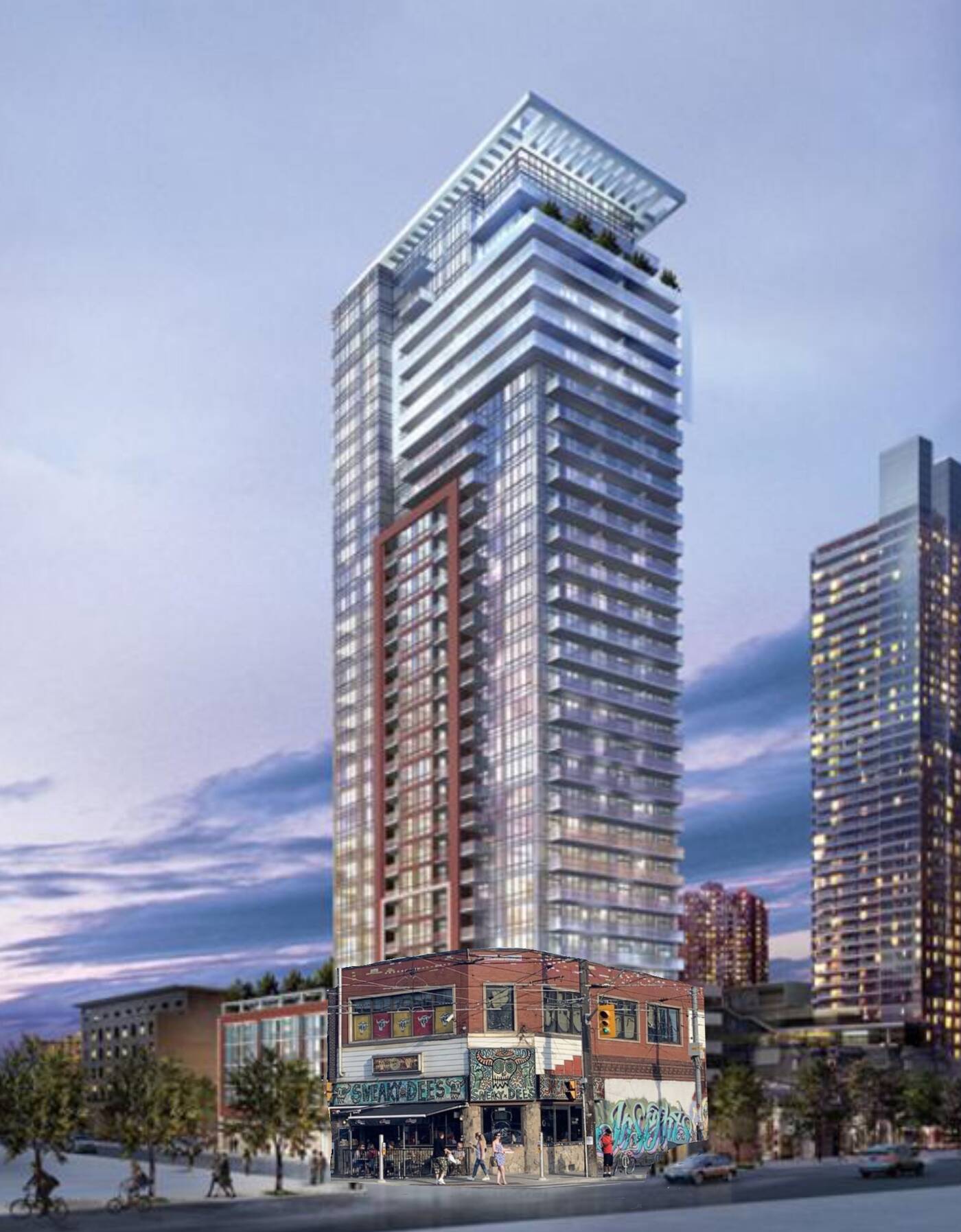 This mock rendering for a tower above Sneaky Dee's is much taller than the actual 13-storey building set to replace the historic bar and venue. Image via YourFriendDan.

Here are his modified versions of several beloved Toronto establishments; some still open, some now closed and at least one already demolished to dust. 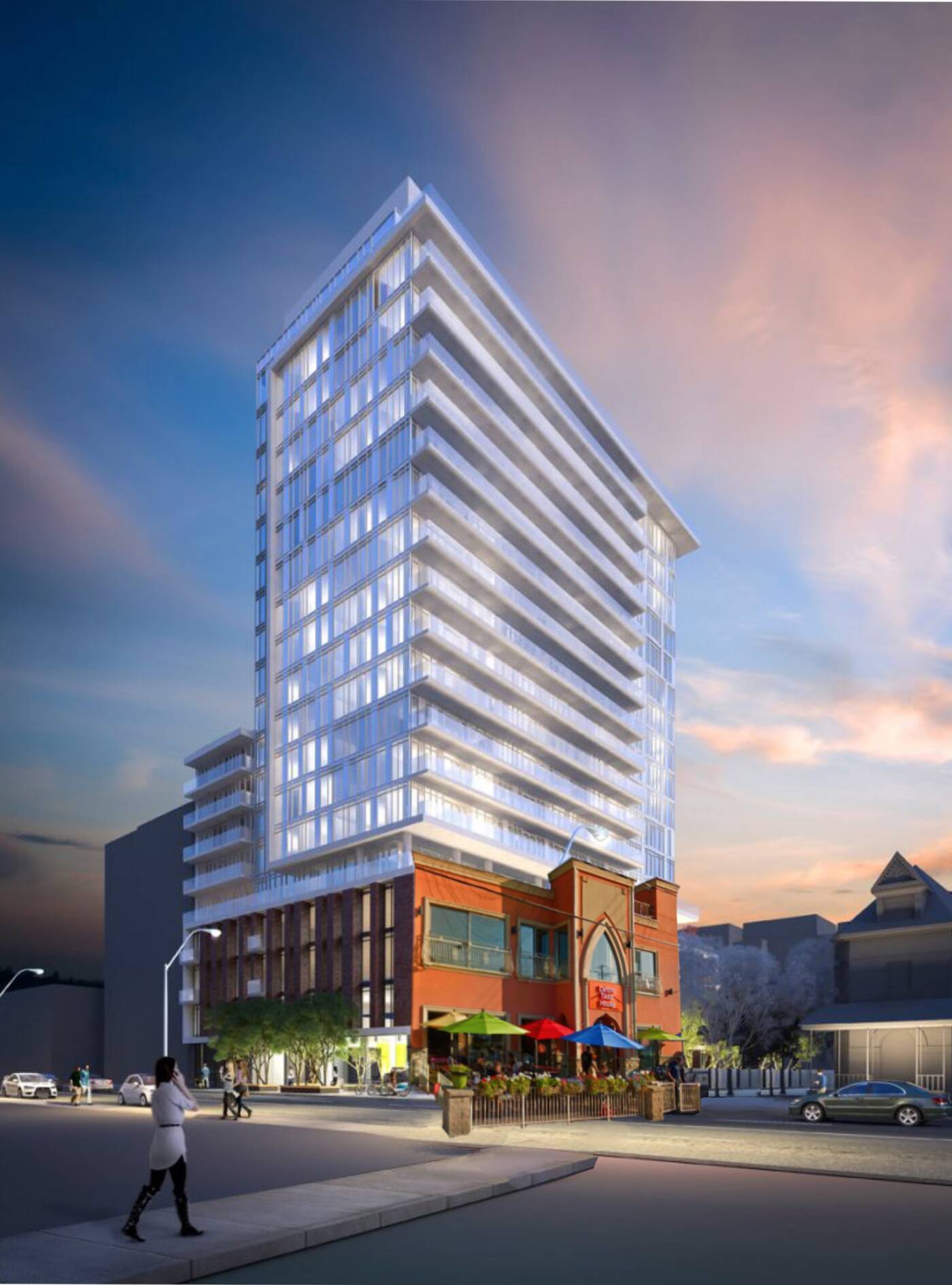 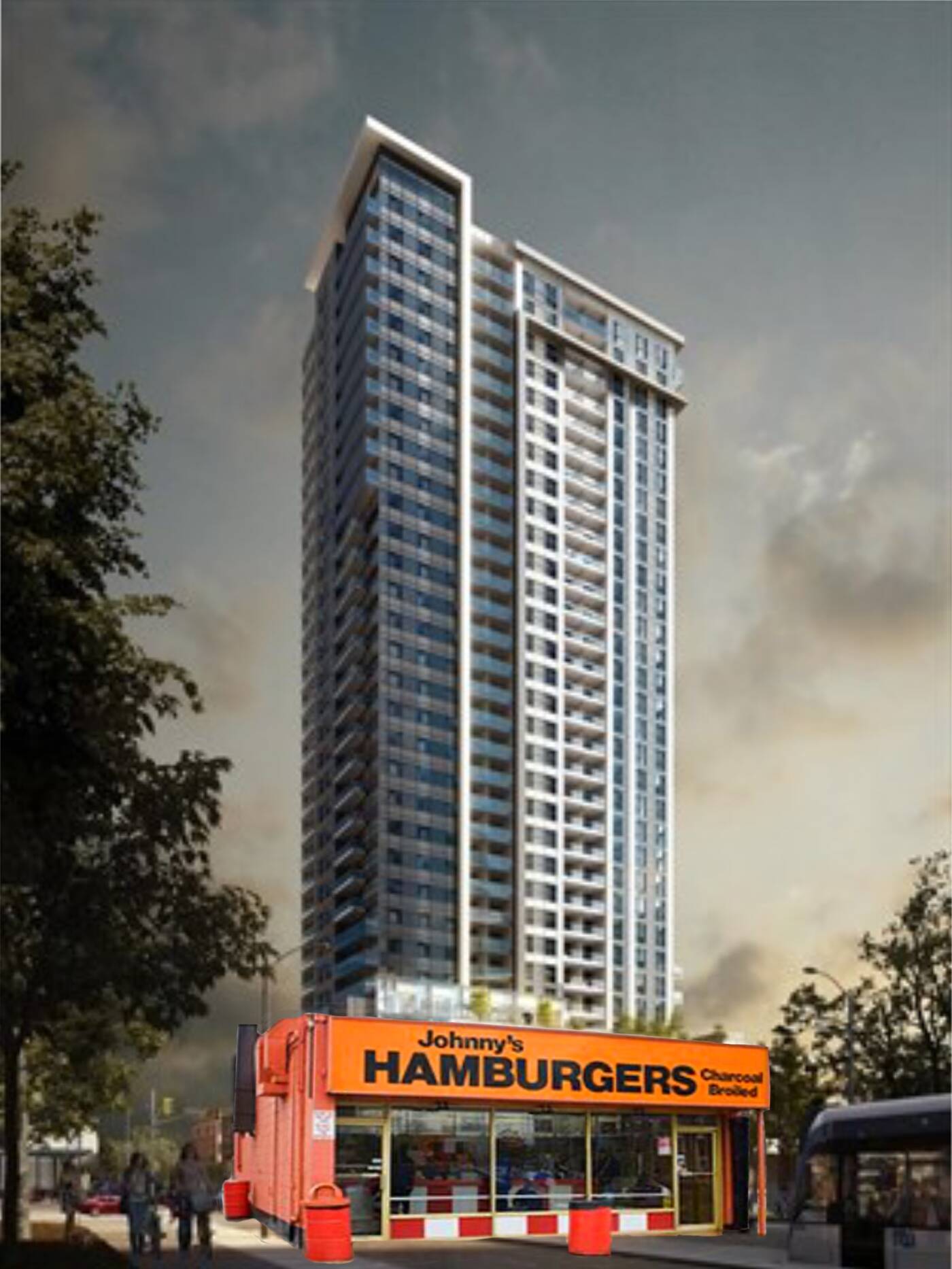 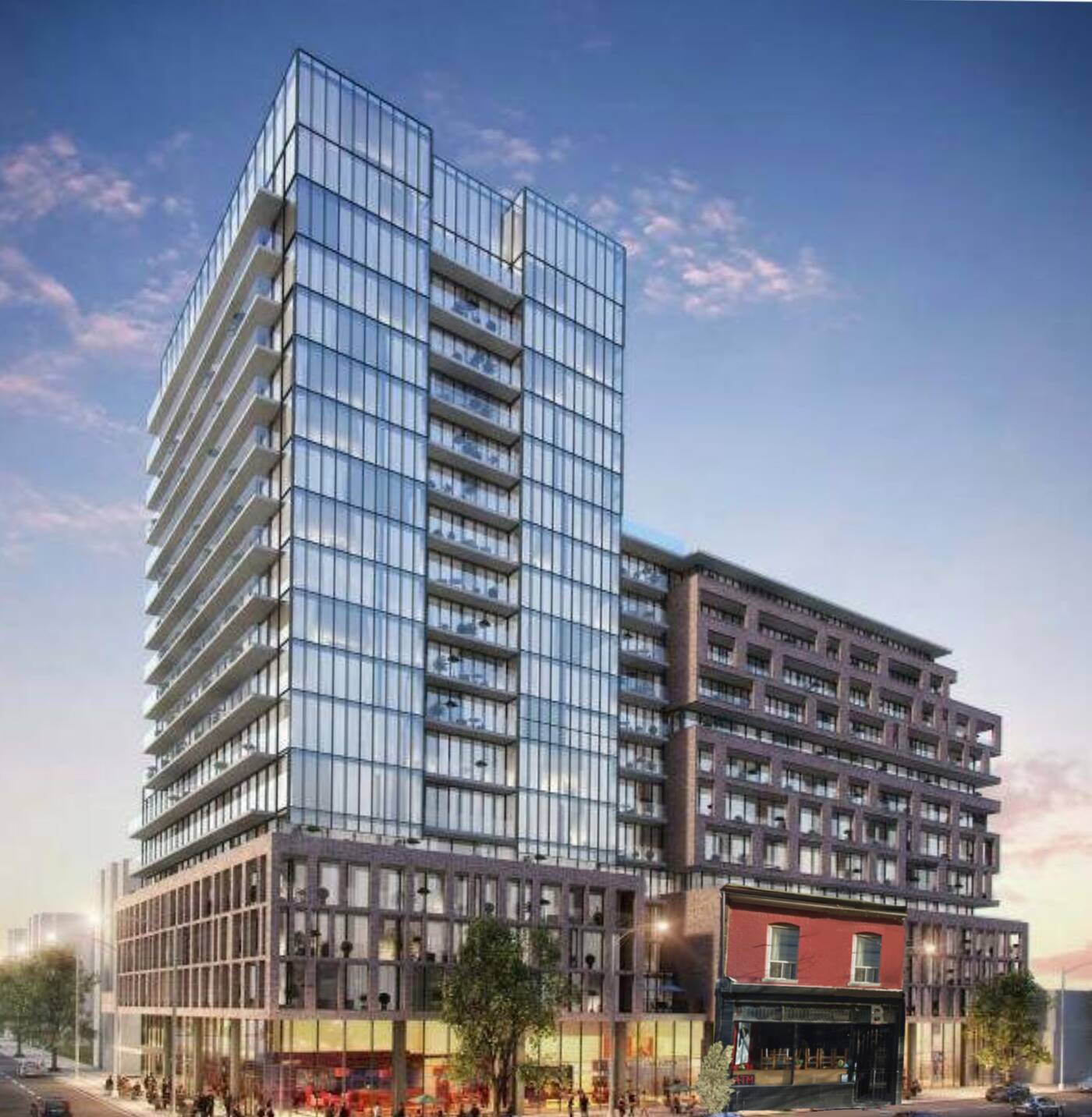 Tom's Dairy Freeze on The Queensway 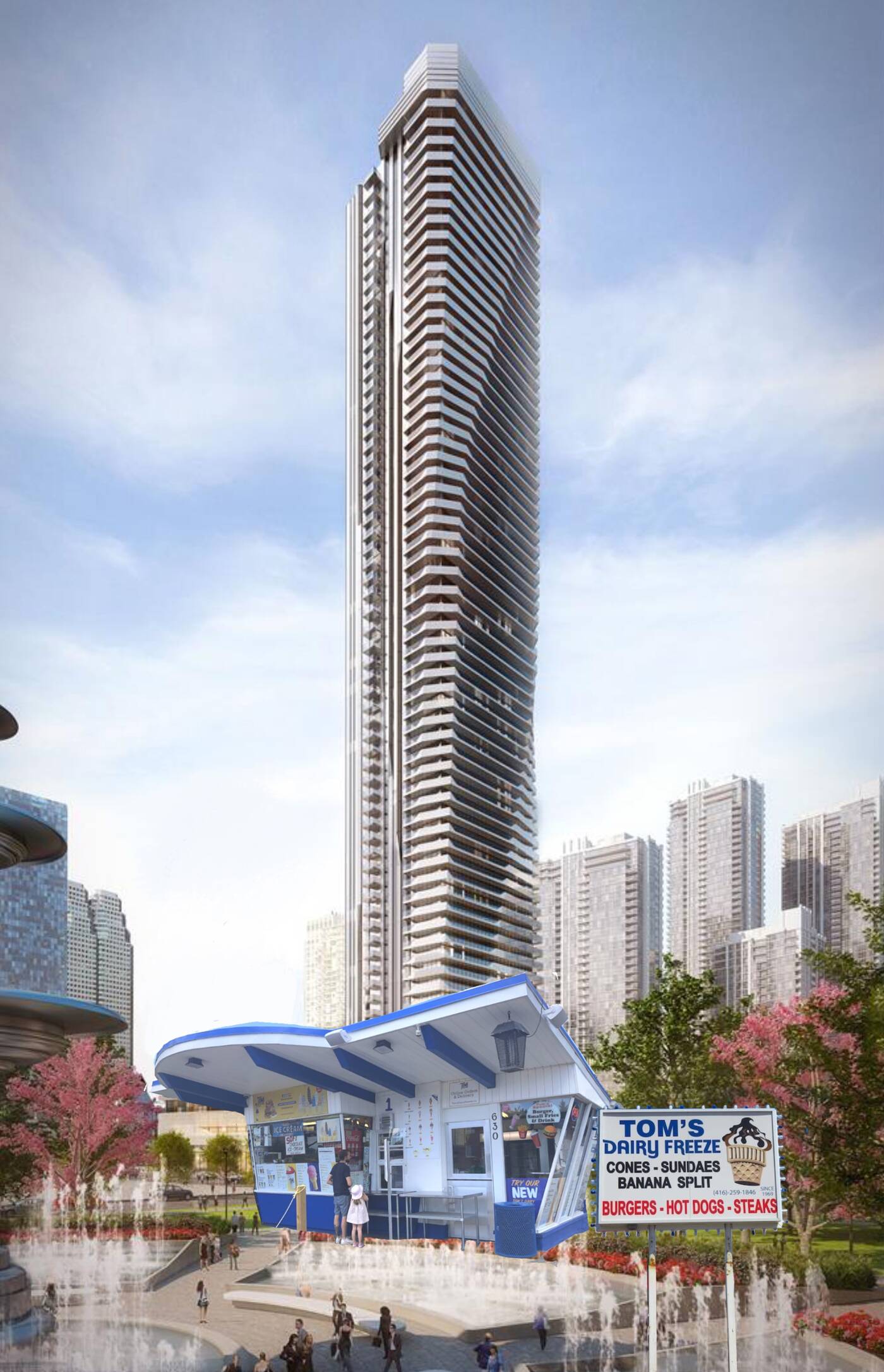 The Wexford in Scarborough (now closed) 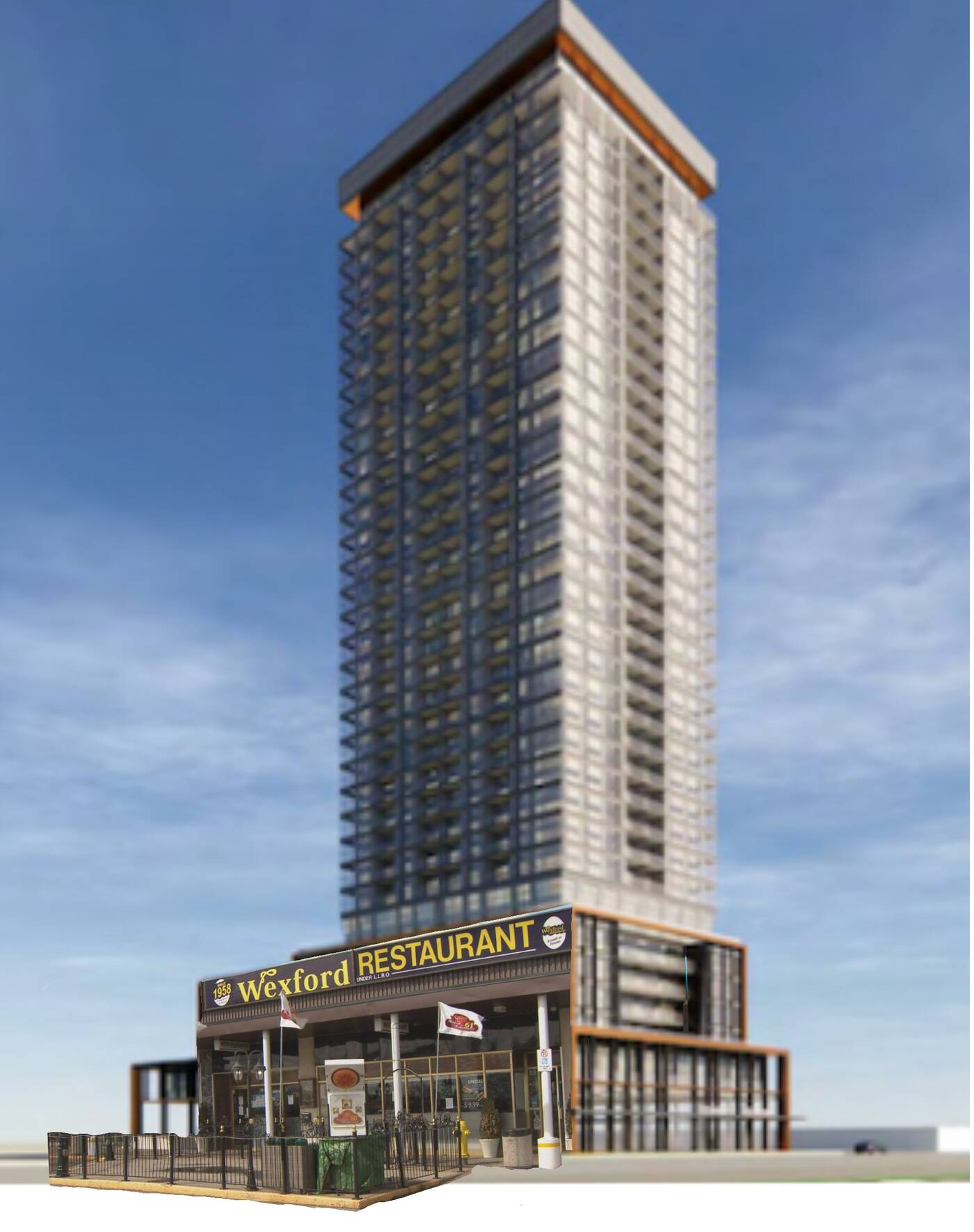 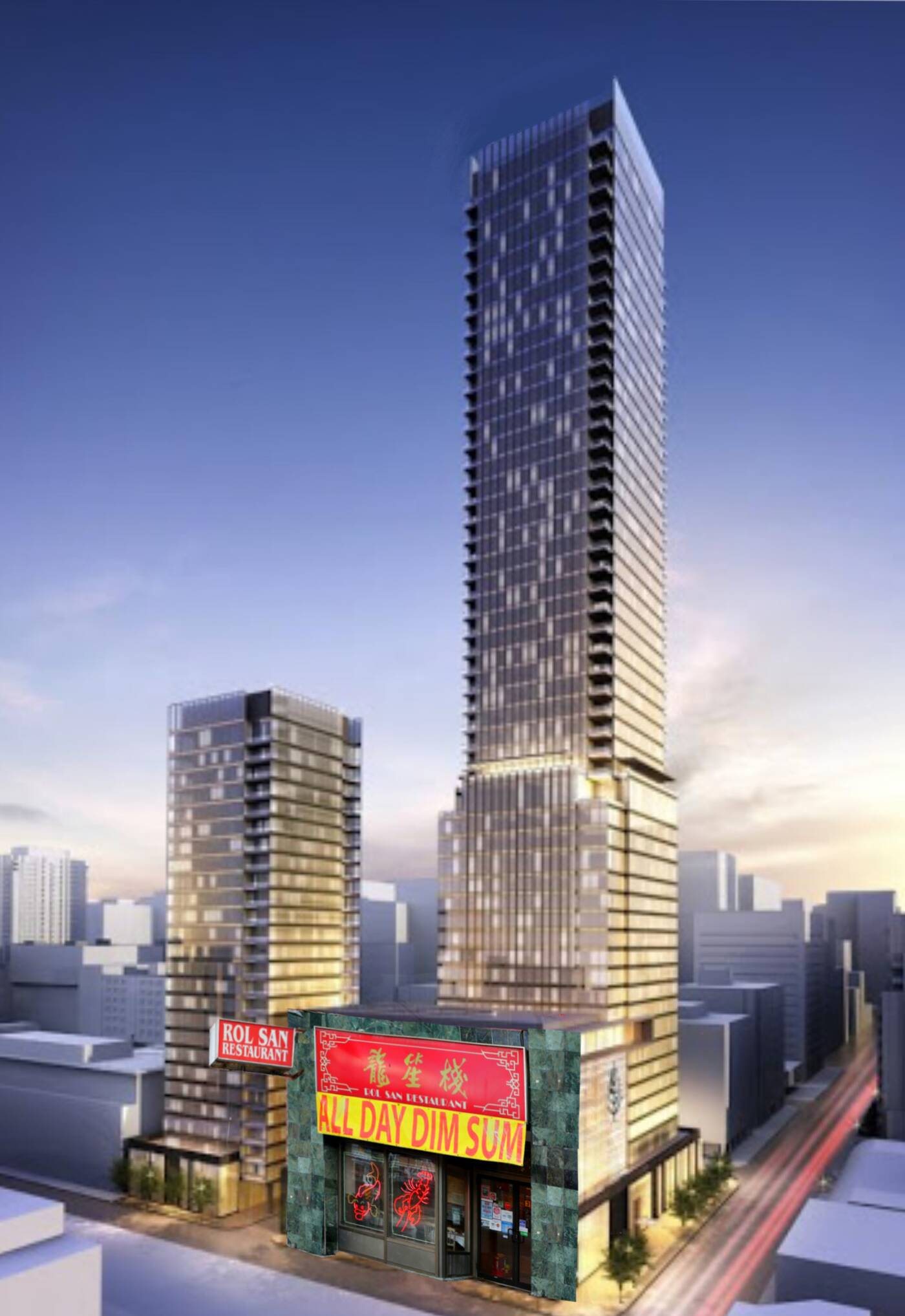 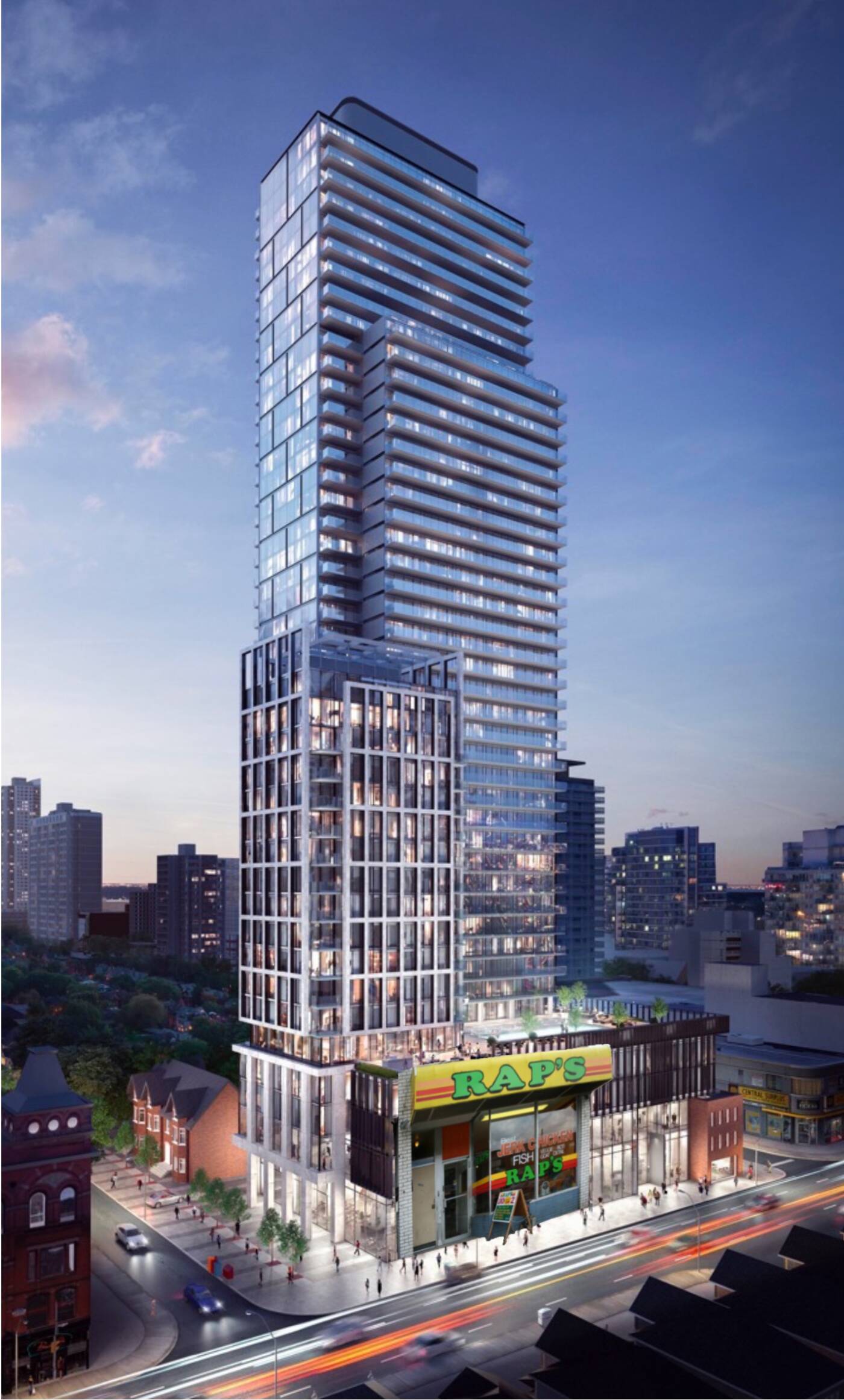 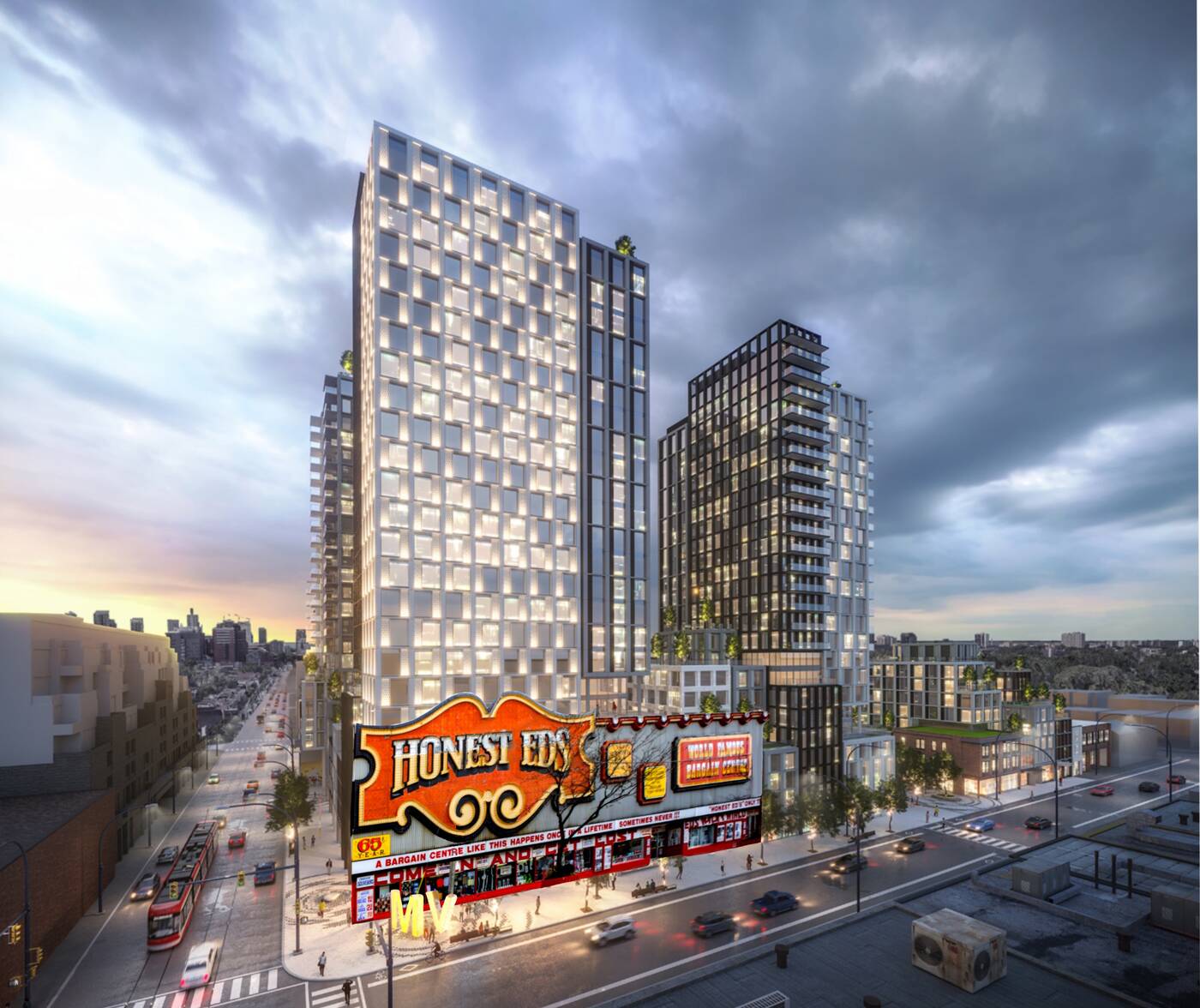