New plans have been released for a 41-storey condo that will sit directly across from the Four Seasons Hotel Toronto in Yorkville.

The proposed tower by Lanterra Developments, called 50 Scollard, will see massive changes to the northeast corner of Scollard and Bay, where a row of heritage 19th century buildings currently sits.

They're blocked off by a temporary structure right now, but the four brick houses at 315 Bay St. and 54A-58 Scollard St. will eventually be relocated east to make way for the tower, and transformed into retail space. 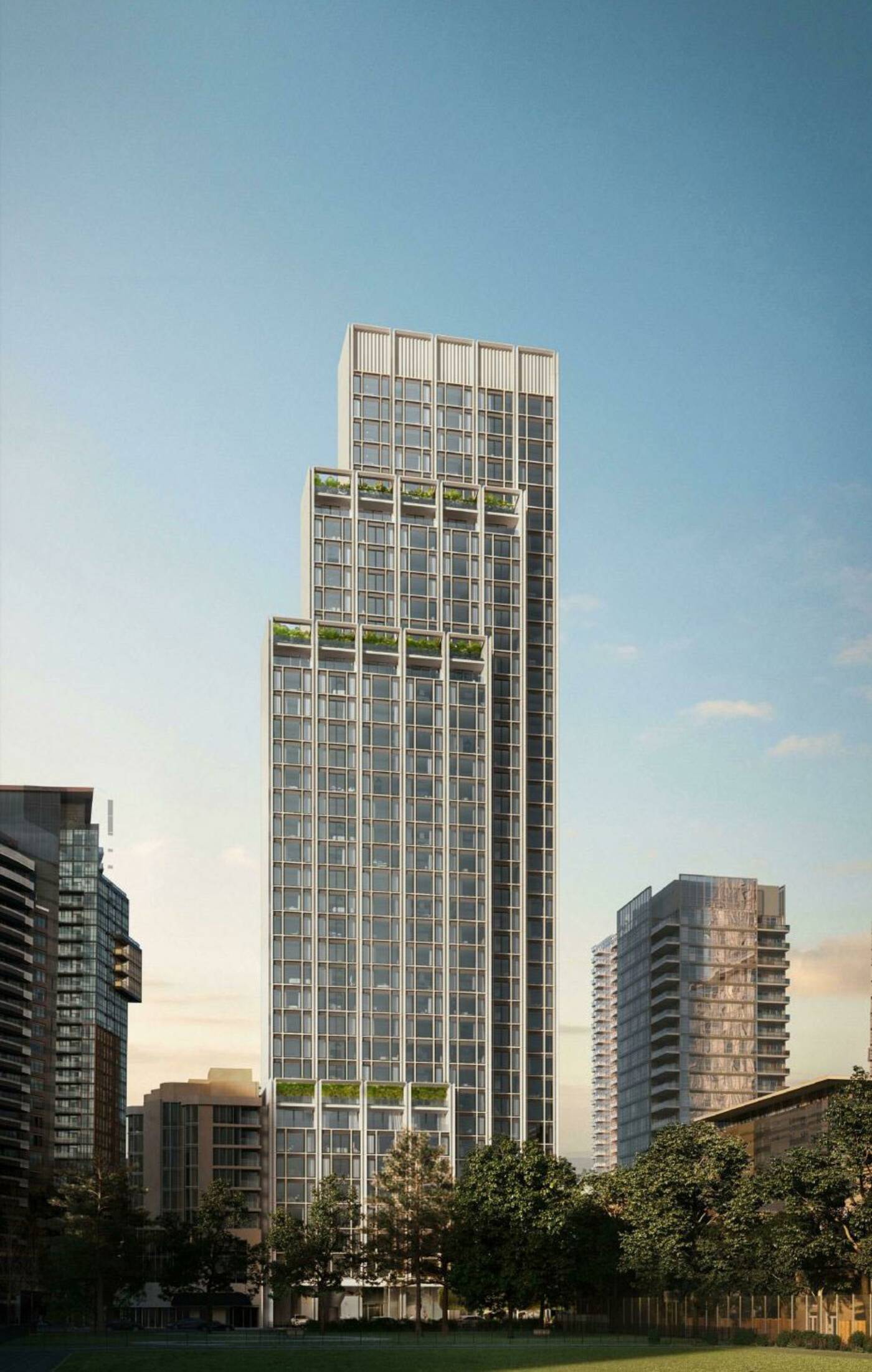 The 41-storey condo from Lanterra Developments is designed by Foster + Partners. Photo via City of Toronto submissions.

Meanwhile, the three-storey house at 54 Scollard, which sat farthest east, has already been demolished.

The development will make way for some privately-owned public space (POPS) right on the corner of Scollard and Bay.

According to the renderings submitted to the city from Foster + Partners, the POPs will feature a leafy canopy with lights, seating and a "four-part interpretive panel" that explains the historical significance of the 54A-58 Scollard buildings.

The proposed "interpretive panel" that will sit in the privately-owned space. Image via City of Toronto submissions.

The Lanterra-owned space will be available for public use between 8 a.m. to 11 p.m. daily, according to the future interpretive panel.

The new tower will also have some retail space on the ground floor as well as 112 condo units, mostly two-bedrooms.

There will also be four underground levels of 126 parking spaces, and amenities on the third floor terrace which will sit behind the heritage buildings.