Pharrell Williams a.k.a. Skateboard P was in the city on Friday for the launch of his new Toronto condo project, Untitled.

The 13-time Grammy winner, who announced the pair of condos last November in a giant screen stunt at Yonge-Dundas Square, fielded questions at a press conference at the Shangri-La Hotel. 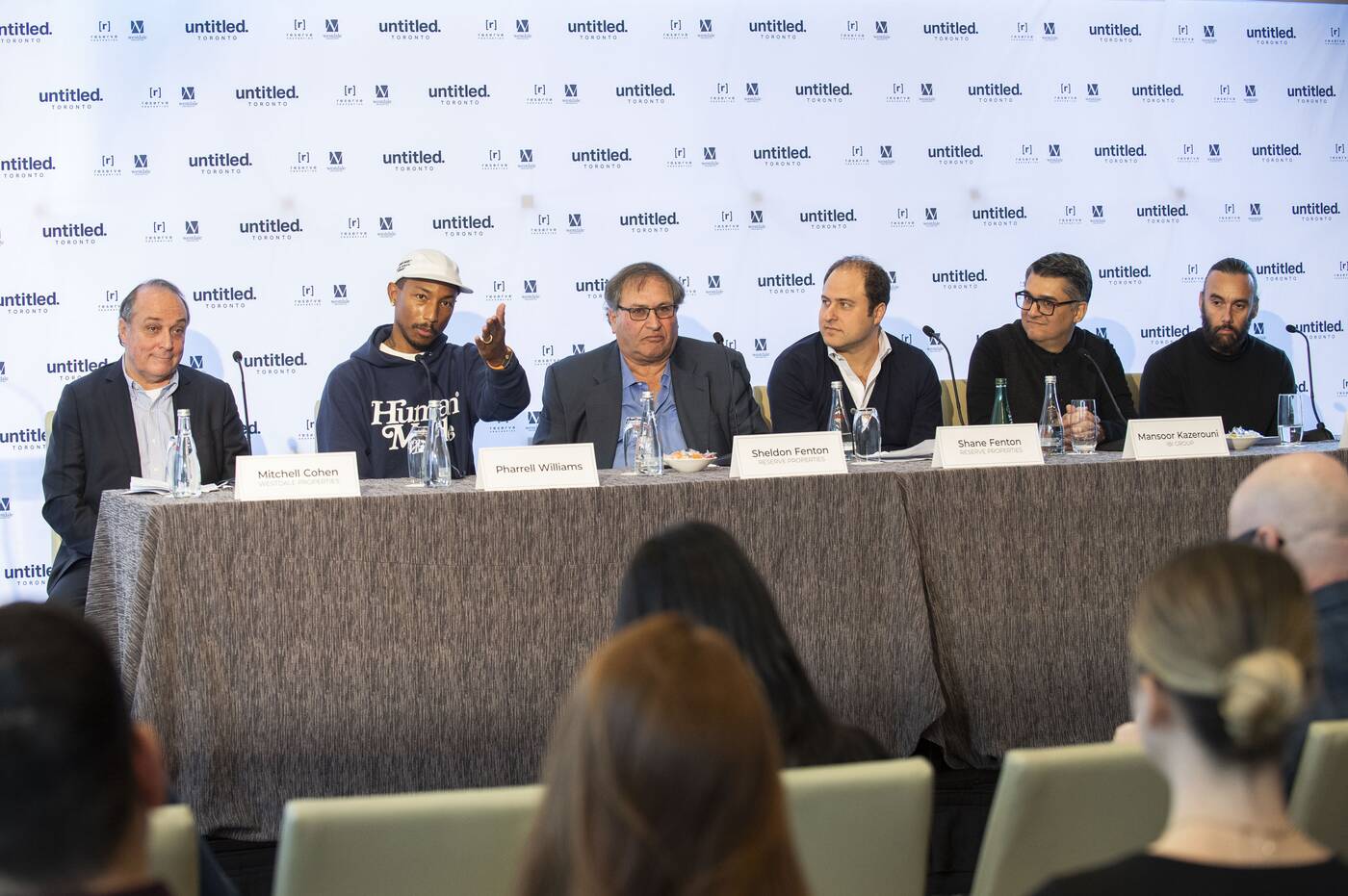 Grammy winning producer Pharrell was at the Shangri-La today for the launch of Untitled.

The 46-year-old producer rocked a hoodie from his own brand Human Made, alongside the suited up partners from real estate firms Reserve Properties and Westdale Properties.

Renderings for the Untitled have already been released, showing two buildings with a total of 751 condo suites that will range from one- to three-bedroom options.

“It’s not a community if you’re not considering other people.” ⁣-@Pharrell
Williams at the Untitled Toronto Launch. This mixed use project will offer affordable housing units as part of the plan. ⁣ pic.twitter.com/mKYu05wRpG

Friday's conference saw Pharrell reiterating the design's inclusion of a rental building, which should be good news for critics of his involvement in Toronto's real estate scene, until proven otherwise. 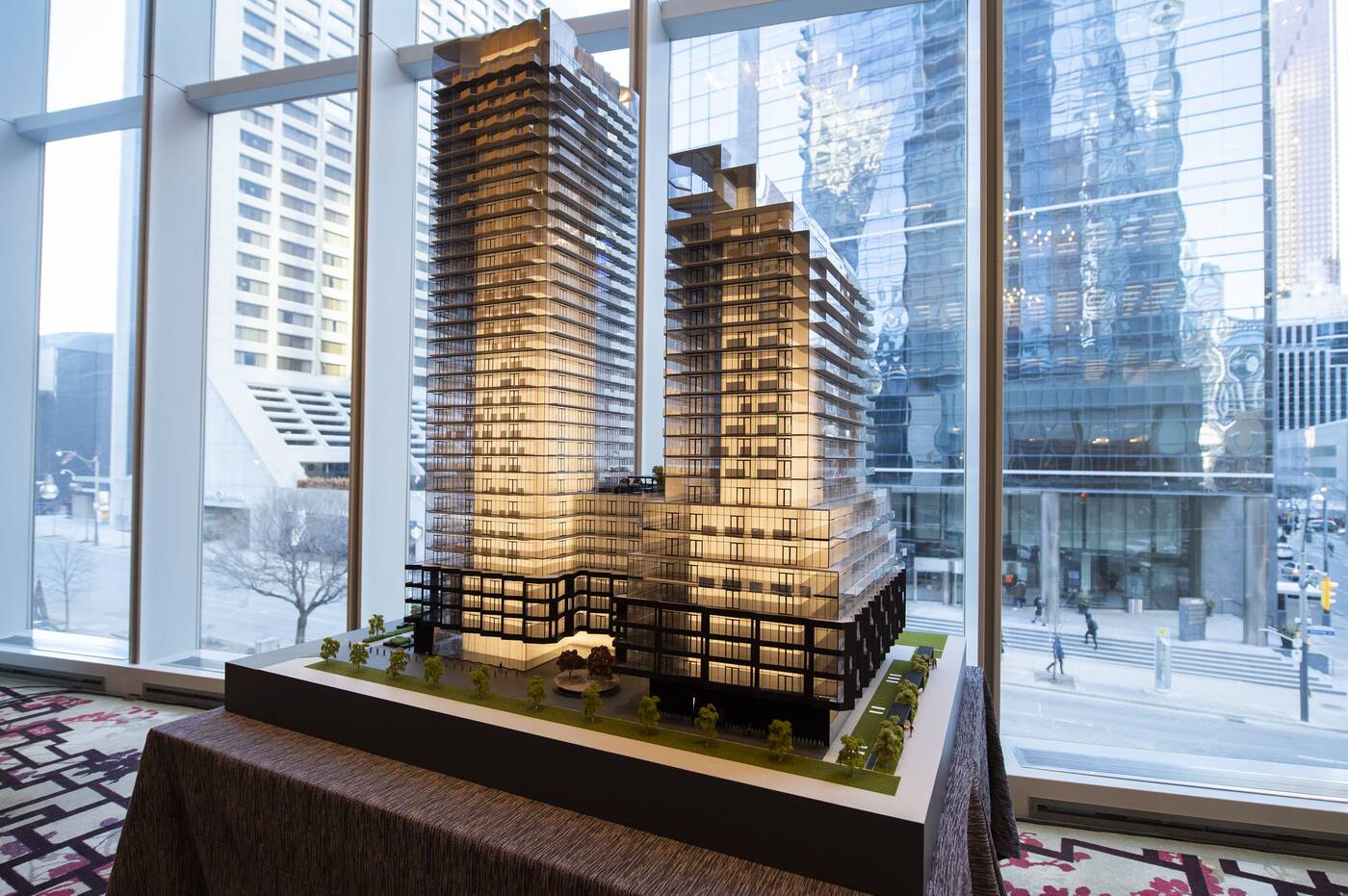 The project is slated for completion at Yonge and Eglinton sometime in 2023.

Another tower located adjacent to the main complex will see around 200 affordable housing units alongside a mix of price ranges.

A t0-scale model of the building was presented at the press conference, and The Neptunes star said he planned on owning his own unit in the building.

Untitled is slated for completion at Yonge and Eglinton around 2023, with condo units starting in the low $400,000.