If Toronto home prices are a bit too rich for your taste (and bank account), consider moving to Miami, Dublin, Rome, Sydney, Dubai, Barcelona, Bangkok, Manchester or Chicago.

Each of these world-class cities boasts a lower average property price than Toronto as of 2019, according to CBRE's fifth annual Global Living report, though only a few have seen higher rental growth over the past year.

CBRE, one of the world's largest commercial real estate and investment firms, recently released the 2019 version of its report comparing the housing markets of 35 major cities around the world.

Hong Kong and Singapore were once again ranked the most expensive cities in which to buy houses on Earth with average prices of $1,235,220 and $874,372 respectively. 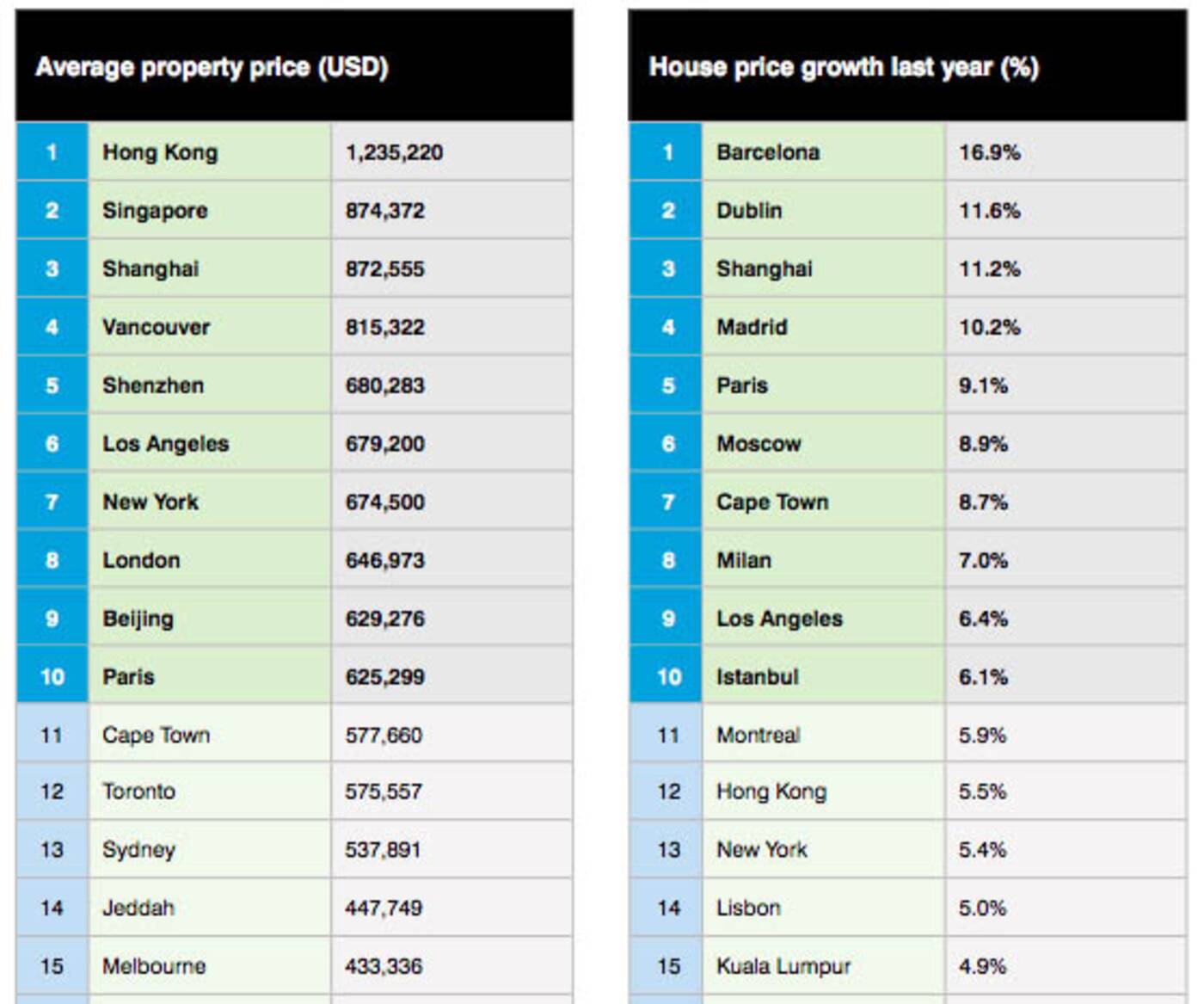 Toronto took spot number 26 in the ranking of home price growth out of 35 cities worldwide with growth rates of just 1.4 per cent. Image via CBRE.

Toronto came in at spot number 12 this year with an average home price of $575,557, though we scored a 9th place ranking in the category of "rental growth" for the same period.

"House price growth was 1.5 per cent last year, which is low in comparison to the annual average of 10% over the last decade," reads the report on Toronto.

"In contrast, rental growth was high in comparison to the last decade at 4.8 per cent, driven by near historically low vacancy rates of 1.2 per cent in 2018."

CBRE contends that demand for rental properties is growing in Toronto, thanks to downsizing baby boomers, professionals moving to the city for work and "millennials priced out of buying their first property." 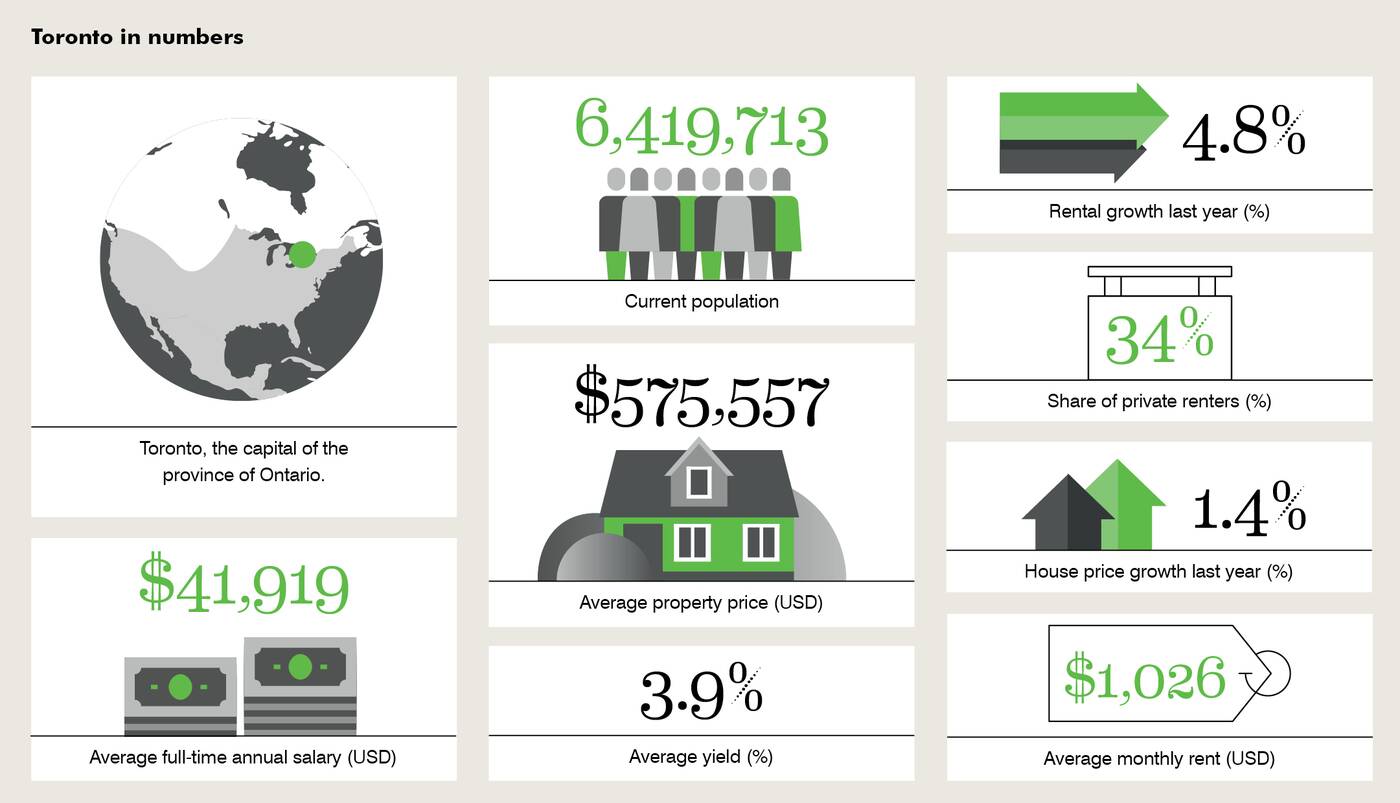 Interestingly, rent prices here aren't ranked as high in comparison to other cities (we're the 23rd most expensive rental market out out of 35) as one might have expected, based on reports hailing Toronto as Canada's most-expensive city.

The 2019 Global Living report, however, lists the average monthly rent price in Toronto as $1,026 US per month (roughly $1,400 in Canada)—a figure that many would say is a gross underestimation.

Whatever the case, CBRE is right in its assertion that Ontario's 15 per cent foreign buyers tax, implemented in April 2017, along with rising Bank of Canada interest rates, has slowed-down home price growth significantly.

"This is a welcome slowdown," it says, "for aspiring home buyers faced with increasingly severe affordability constraints."