Well, that's probably not a surprise to anyone. But, Toronto was just ranked the most expensive city in Canada to rent.

Rentals.ca has just released a report that shows, with an average of $1,902 per month for a one bedroom, Toronto is hella pricey. The price indicates a 2.8 per cent increase month-over-month.

Toronto was ranked number one, to no one's surprise. Image from rentals.ca.

Unsurprisingly, after seeing the top five, Ontario was ranked the most expensive province as well―about $1,889 on average. 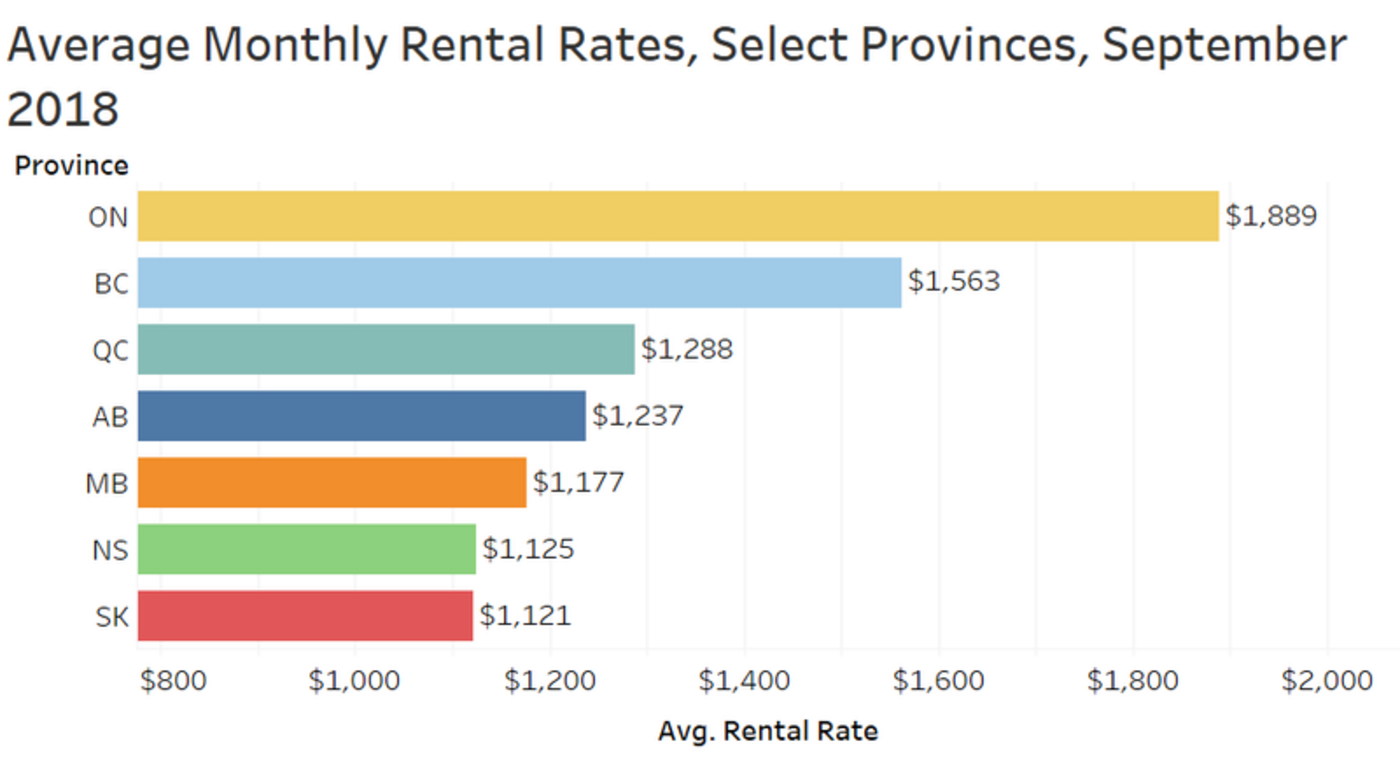 Continuing the list of unsurprising findings, downtown was the area of Toronto with the most expensive rent by postal code, specifically around the Entertainment District, King West, and the waterfront.

The study examined 9,000 active listings on rentals.ca, and looked at both one bedrooms and two bedrooms.

If you're looking to rent in the city, all I have to say is "good luck and godspeed, friend."