Over the years, these tiny dwellings ranging 350 square-feet and under have been prescribed as the only way to squeeze into the downtown core while on a budget.

While these itty bitty homes have yet to reach peak popularity as they have in other urban cities like New York City and Seattle, they already claim space in a number of Toronto's most expensive condos.

A 277-square-foot unit inside Karma condos renting for $1,900 month hardly seems cost-efficient, but measured up against Toronto's unaffordable rent, plus the typical cost of living by Yonge and College, this miniscule condo abode could technically be considered a steal. 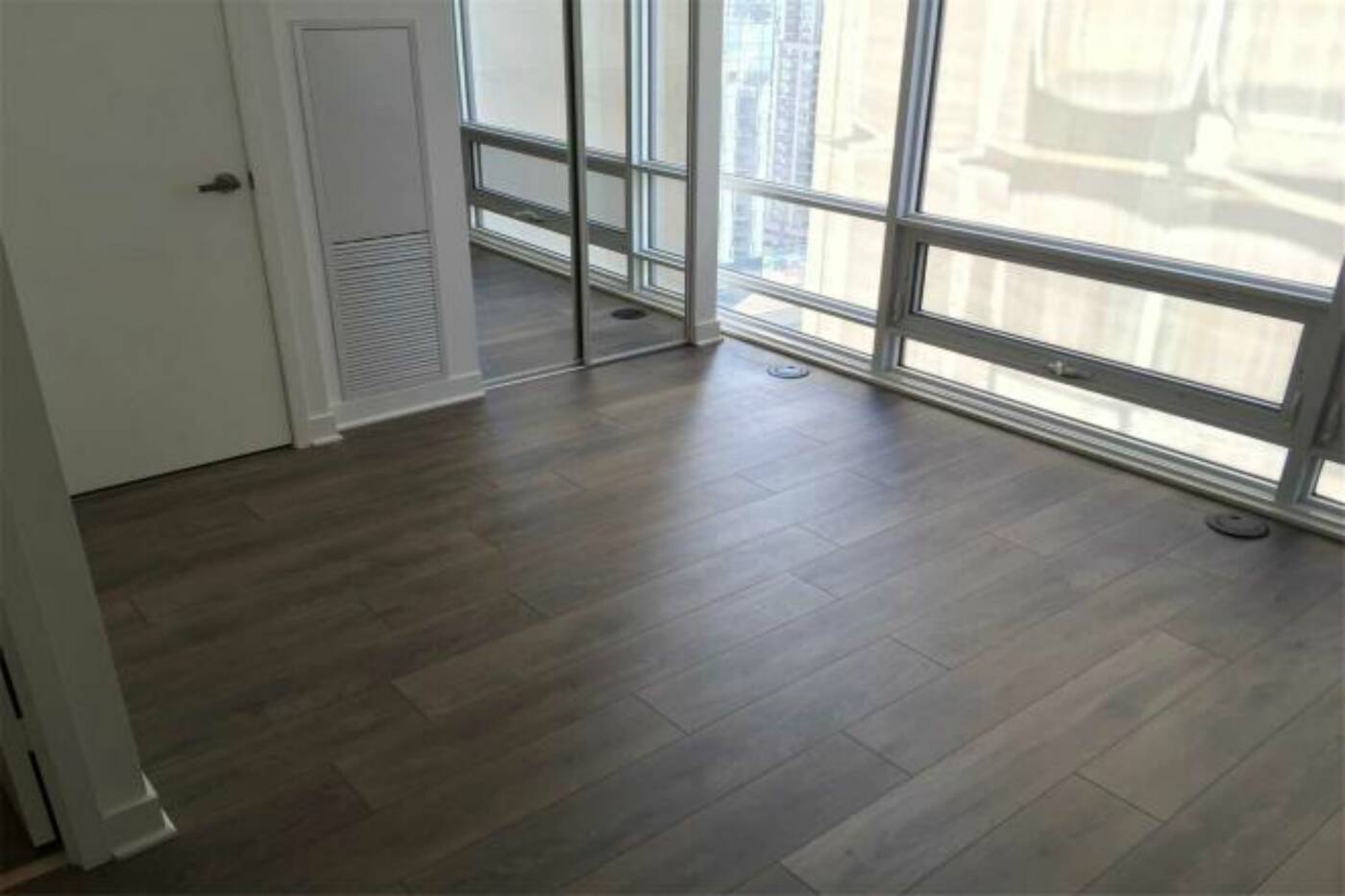 This 277-square-foot unit in Karma Condos will set you back $1,900 a month. Photo via Condos.ca

And now that Smart House Condos is finally complete, it appears as though the micro unit trend has officially grown some legs, whether we approve or not.

The 25-storey condo at Queen and Simcoe has been touted as Canada's first 'micro condo', offering units as small as 289 square-feet, but selling 305-, 350-, and 380-square-foot options alongside larger units as well.

Smart House is a new condo at Queen and University where they live. This is a floor plan for condo for a studio condo for rent, with a floor to ceiling window in the washroom. It was listed on Realtor for $1,775 per month. It's 276-sq-feet. https://t.co/QIatUjIjhp pic.twitter.com/nZi3hkAhB1

Some residents have begun moving into their tiny abodes while other owners are already putting them up for rent for at $1,600 or more, which to be fair, is far cheaper than the average cost of a one-bedroom right now.

Glimpses into these homes have shown they're actually pretty liveable, especially with design tricks like retractable kitchen countertops and double-tiered closet hangers for ultimate space-saving.

But despite all the 'smart' hacks, and the fact that all of Smart House's tiny units are completely sold out, both studies and real estate agents show that the concept of micro condos aren't appealing to people as we think.

"Some real estate analysts have suggested that millennials (a target
market for micro units) are not actually seeking small apartments, but are simply opting for what is available," says a study by Ryerson University on micro units in Toronto.

"...it appears that renters are willing to trade unit size for slightly lower net cost and a location in a desirable neighbourhood." 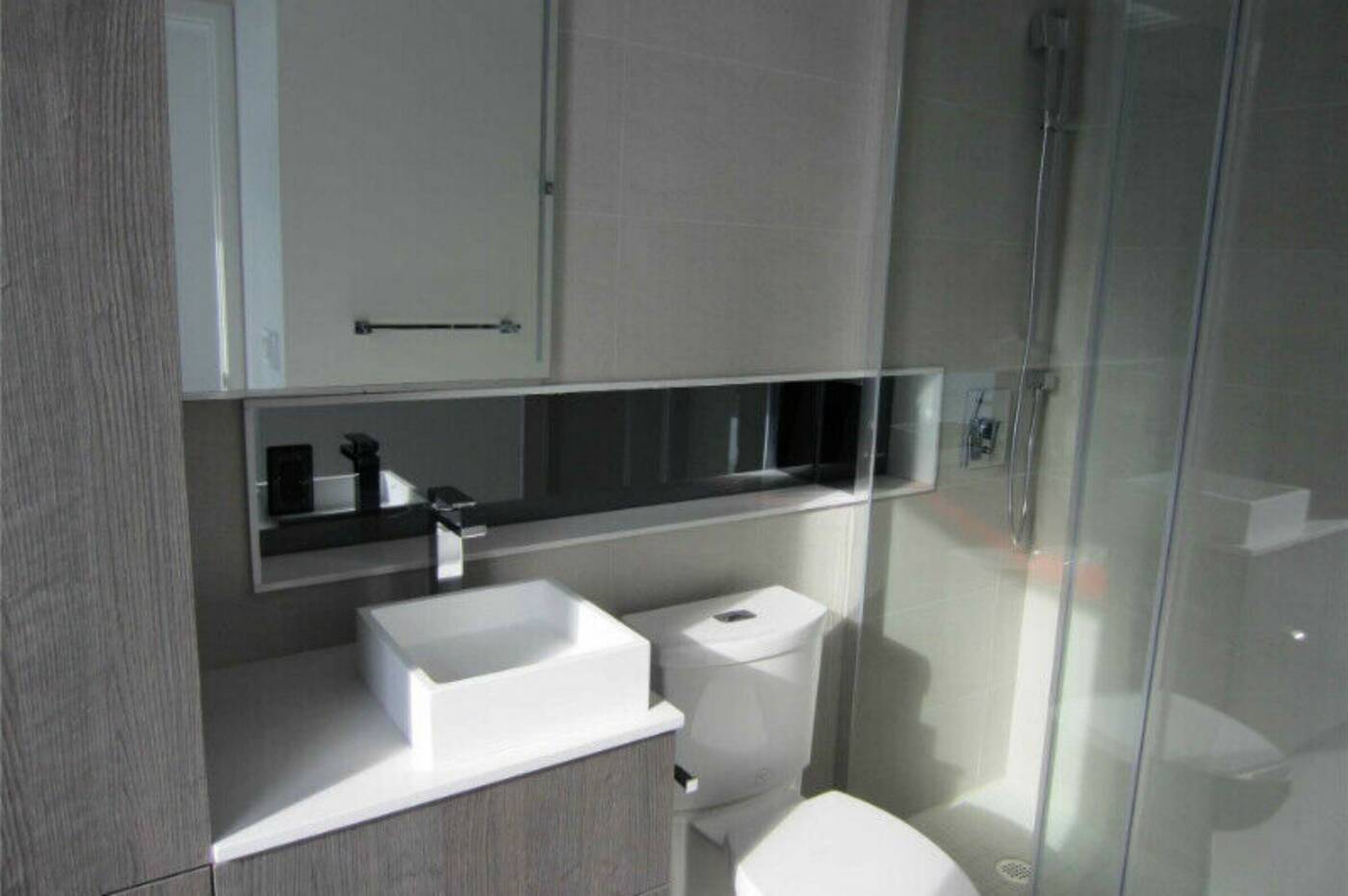 A miniscule washroom is part of the package in the micro condos at Smart House Condos. Photo via Kijiji.

The changing landscape of renting in Toronto is the largest factor in the micro unit trend.

As rent in the city reaches new levels of unaffordability, the size of a typical micro studio in turn continues to shrink.

According to Toronto real estate agent Mark Savel, what was generally considered a micro unit has downsized from between 400 to 450 square-feet several years ago to 350 square-feet and under today.

Savel has been selling condos and homes in the downtown core for over 12 years, and he says he hasn't seen a very huge demand for micro units. Few of his condo-buying clients go out of their way to find them, even if they're on a a budget.

"I don't think it's a trend," he says. "I think the bigger problem comes down to affordability...the 'Manhattanization' of the city."