Santa Claus Parade route and road closures in Toronto for 2022

The Santa Claus Parade is returning to Toronto this weekend and with it brings a ton of road closures to pave the way got jolly old St. Nick and friends to take the streets this Sunday, November 20.

The parade will cause some major disruption for those driving in the city so it's best to plan ahead whether you head out to watch the festivities or not.

The Santa Claus Parade will start around 12:30 p.m. at Christie Pits Park and travel east on Bloor Street until University Avenue but road closures begin earlier for set up and the Holly Jolly Fun Run, which will start 45 minutes before the parade at 11:45 a.m. 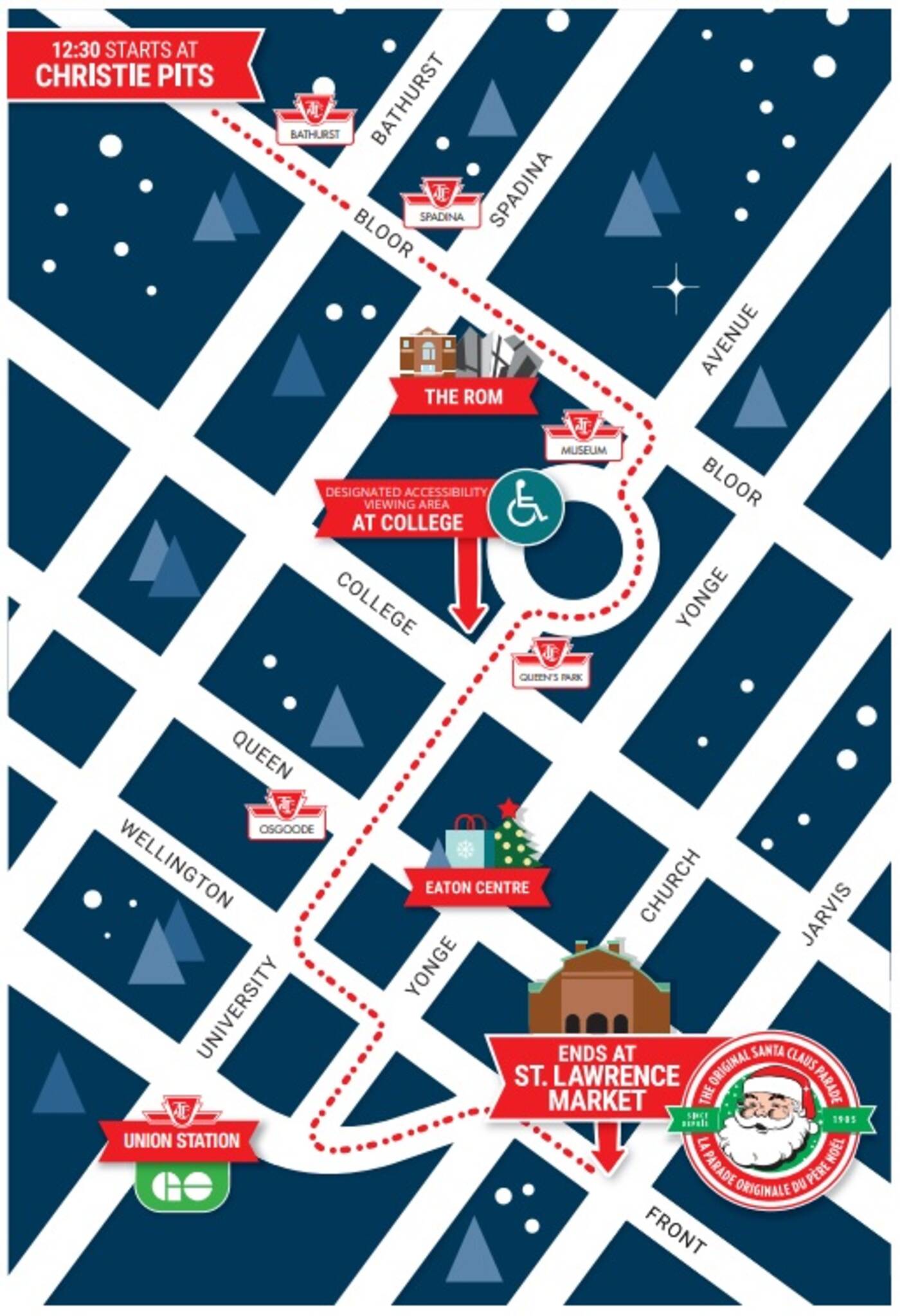 The Santa Claus Parade route in Toronto for 2022.

Once the run is over, floats will depart from Christie and Bloor and make their way east on Bloor towards Queens Park.

Various streets will be closed at different times to accommodate setup, take-down, the parade and the Holly Jolly Fun Run. Roads are expected to be reopened by 6:00 p.m. Here is a list of those road closures.

Aside from road closures, there will be TTC diversions.  The 501 Queen, 504 King, 505 Dundas, 506 King and 511 Bathurst streetcar routes will be run through breaks in the parade. Here's a list of all the affected routes.

There are no planned subway closures this weekend. There will be additional trains added to Line 1 and Line 2 to help get you to and from the parade.

A massive winter lights exhibition is coming back to Ontario Place