Everything To Do With Sex Show Starts Off With a Bang

Nikki Benz eggs on the ladies and gents at the media launch of the Everything To Do With Sex Show.

Organizers of the Everything To Do With Sex Show gave the media a bit of a teaser and taste of what's to come this weekend including lingerie a' plenty, belly dancing and Caribbean male strippers. But it seems the main attractions were the big adult industry names gracing the stage.

Playboy Playmate Jayde Nicole (Port Perry's finest) was probably the most polite of the guests and offers a chance to win a trip to the Playboy Mansion. 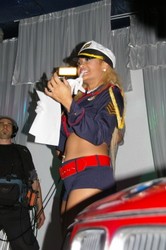 But perhaps the raunchiest moment of the evening was courtesy of Nikki Benz, the spokesmodel for Screaming O, makers of sensual vibrating penis rings. She invited four ladies from the audience to compete in a fake orgasm contest and did a bit of yelping herself.

Speaking with Ms. Benz afterwards, she pointed out that she's really looking forward to experiencing everything Toronto has to offer.

The Everything To Do With Sex Show begins today and runs until Sunday at the Automotive Building at the CNE. Check the Web site for more info. 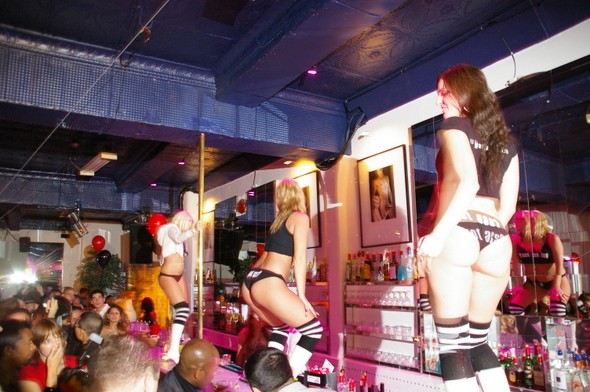